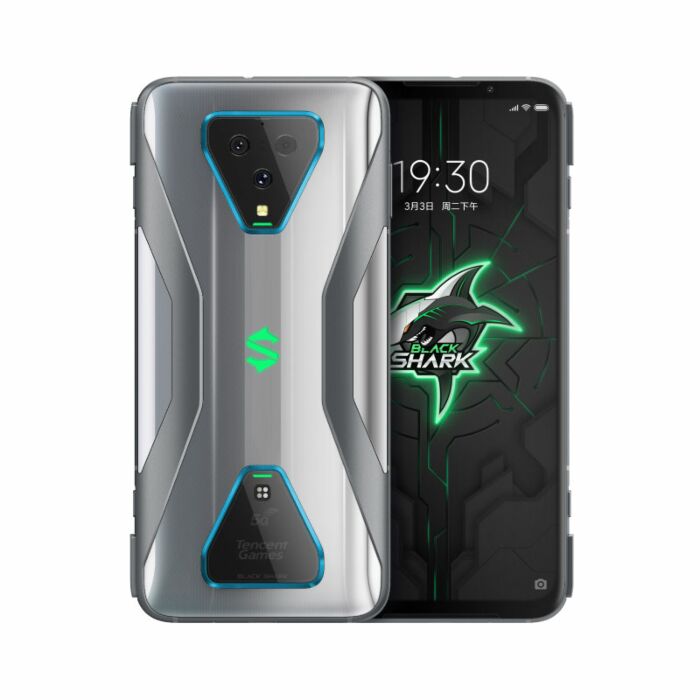 The Xiaomi Black Shark 3 Pro is equipped with the latest Qualcomm Snapdragon 865 with 8GB/12GB of RAM, and best-in-class thermal design. Capture the perfect shot with 64MP+13MP+5MP Triple cameras. Backed by a powerful 5000mAh battery, you have the power to last all day.

The Black Shark 3 Pro has a 7.1-inch AMOLED panel with the industry’s first 270Hz touch sampling rate. The touch panel refreshes at 90Hz, ensuring smooth scrolling and animations. The display is with a Quad HD+ 3120 x 1440p resolution.

Snapdragon 865 Octa-core Processor Up to 12GB of RAM

Black Shark 3 Pro features two mechanical gaming buttons on its right side. Black Shark explains that each of these buttons is 21mm long and features a 1.5mm keystroke. They are good for over 1 million clicks.

The Black Shark 3 Pro is equipped with a 5000mAh battery with  65W fast charging—one of the largest capacities found in any smartphone—the Xiaomi Black Shark 3 Pro provides the absolute freedom to watch, listen and play as much as you want without ever being caught with a red battery bar.