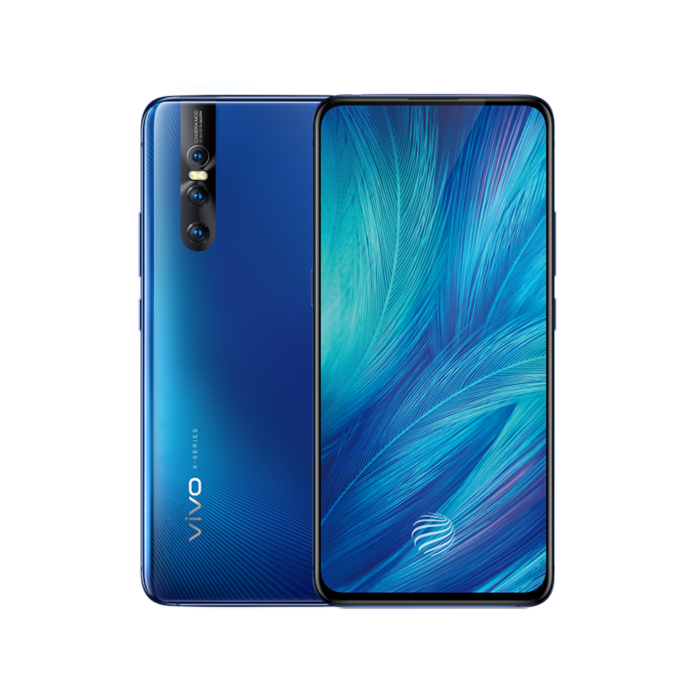 Vivo X27 runs on Android 9.0 OS that is overlaid with FunTouch OS 9.0, offering a fresh, fast platform to help you stay connected and productive while you're on the go.

The smartphone is equipped with 128GB internal storage, providing plenty of storage space for your contacts, music, photos, apps and more.

The X27 which includes two features such as System Turbo and Game Turbo. The work of System Turbo is to improve the performance of the apps by 100 percent whereas the Game Turbo arranges the resources of the phone to ensure a smooth gaming experience. Vivo has developed the Game Turbo in collaboration with Unreal Engine, Tencent Game Lab and Netease Game Lab in China.

The Vivo X27 features a 6.39-inch Super AMOLED screen with slim bezels and a reduced notch because of which it offers an aspect ratio of 19.5:9. Built with COF process, the display panel carries support Full HD+ resolution of 2340 x 1080 pixels.

The Vivo X27 features Sony IMX586 48-megapixel sensor + 13-megapixel super wide-angle lens + 5-megapixel depth sensor. For shooting selfies, it will come with a pop-up selfie snapper of a 16-megapixel camera that slides out in just 0.68s with colorful light strips flanking it on each side.

The Vivo X27 is fueled by a 4000mAh battery that carries support for 22.5W fast charging. Ultra Power Saving mode lets you keep your phone powered on for longer in between charges. This mode changes your screen to black and white and shuts down all unnecessary features to dramatically minimize battery consumption.

The 6th generation in-display fingerprint scanner is embedded under the screen of the phone. The improved biometric recognition technology can unlock the phone in just 0.35 seconds.

Use your Smartphone as a Mobile Hotspot

Share your 4G data connection with other compatible wireless devices.

Vivo X27 is equipped with the company’s own personal voice assistant — Jovi, which works on artificial intelligence technology. It supports several functionalities such as smart map reading, encyclopedia, shopping, translation, scanning, and screen recognition among others.

More Information
Related Products
We found other products you might like!
Write Your Own Review
To Top