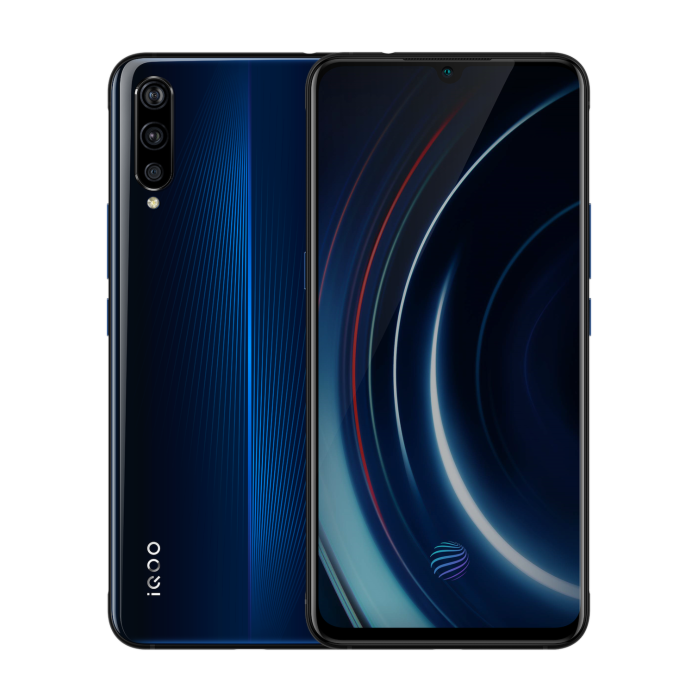 Skip to the beginning of the images gallery
SAVE -13%
Details

Along with 128GB/256GB of internal storage, providing plenty of storage space for your contacts, music, photos, apps and more.

Vivo iQOO sports a 6.4-inch waterdrop AMOLED display with an in-screen fingerprint sensor and high 91.7% screen to body ratio. Offers 19.5:9 cinema-like screen ratio that's perfect for viewing of videos, photos, and games. It is with a glass back that also has an LED strip with 16.8 million color options.

Vivo iQOO features a triple camera setup, with a 12MP IMX 363 primary sensor, 13MP wide angle lens and a 2MP lens for background blur. There doesn’t seem to be OIS on board, but you do get EIS. For selfies, there’s a 12MP sensor for capturing those amazing moment.

Vivo iQOO is powered with a 4000mAh battery which would give gamers a considerate gaming time when fully charge. The battery is supported with a 22.5W/44W charger which would charge the device fully in just 45mins(6GB+128GB version supports 22.5W fast charge, other edition is with 44W super fast charging).

Vivo iQOO is equipped with Jovi voice assistant, which works on artificial intelligence technology. It supports several functionalities such as smart map reading, encyclopedia, shopping, translation, scanning, and screen recognition among others.

The Vivo iQOO features two monster touch buttons on the side. The two-button comes into use when playing game improving gameplay. Vivo also announced that IQOO is the official smartphone of KPL (King Pro League). The phone includes a vapor cooling system that should keep the phone from overheating during long gaming sessions.