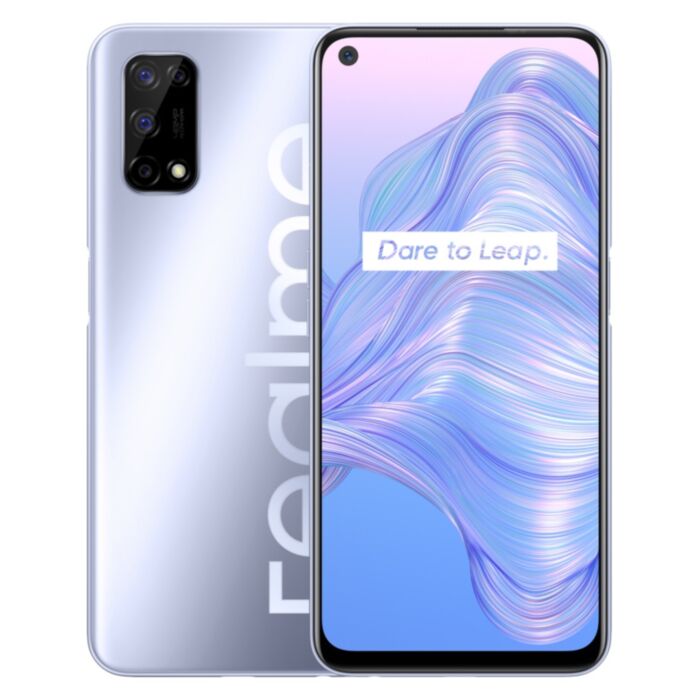 Skip to the beginning of the images gallery
SAVE 26%
Details

Realme UI Based On Android 10 OS

Realme V5 5G runs Realme UI OS based on Android 10 operating system, which offers a fresh, fast platform to help you stay connected and productive while you're on the go.

MTK Dimensity 720 Octa Core Processor Up to 8GB of RAM

Realme V5 5G offers 6GB/8GB of RAM, coupled with an expandable 128GB of onboard storage. Provides plenty of storage space for your contacts, music, photos, apps and more. Expand storage up to 256GB by adding a microSD card (sold separately).

The Realme V5 5G is backed by a built-in 5000mAh Li-ion battery which supports 30W SuperDart charger, it takes 65 minutes to completely charge the Realme V5 through SuperDart technology.

Realme V5 5G comes with the side-mounted fingerprint reader to unlock your phone fast and safely.