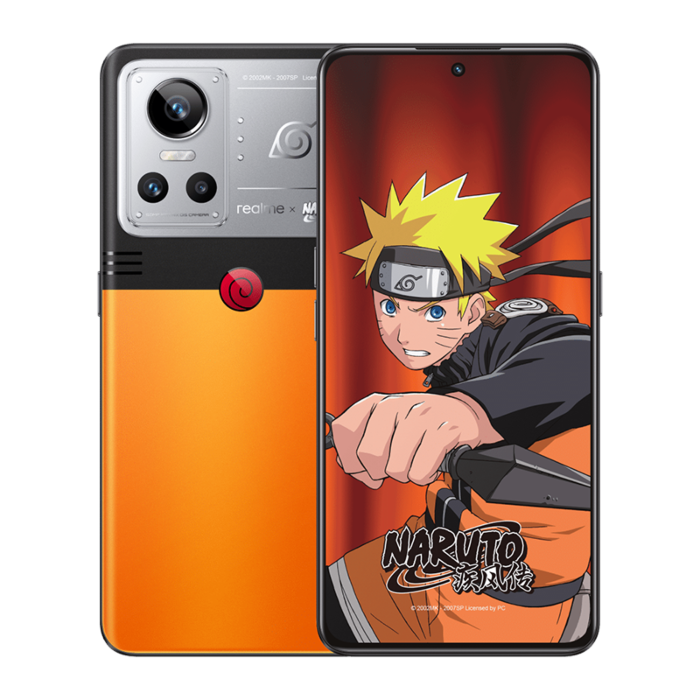 Skip to the beginning of the images gallery
SAVE 12%
Details

Realme UI 3 Based On Android 12 OS

Realme GT Neo 3 Naruto Edition 5G runs Realme UI 3.0 OS based on the Android 11 operating system, which offers a fresh, fast platform to help you stay connected and productive while you're on the go.

The Realme GT Neo 3 Naruto Edition is powered by a MediaTek Dimensity 8100 5G Octa-Core processor along with 8GB/12GB of RAM which delivers outstanding overall performance for opening and running applications, flipping through menus, running home screens, and more.

The Realme GT Neo 3 Naruto Edition is backed by a built-in 4500mAh Li-ion battery which supports 65W fast charging can fill the battery of the phone to 100 percent from scratch in just 10 minutes.

The Realme GT Neo 3 Naruto Edition houses a nine-layer thermal structure, including diamond gel, stainless steel VC and 3D multi-graphene, is a powerful line-up with a total area of 39606mm², covering 100% of the heat source and maintaining the ideal temperature even throughout high-performance operation.

More Information
Related Products
Check items to add to the cart or
We found other products you might like!
Write Your Own Review