Giztop
in Wish list
Total Products
View my Wishlist
You have no items in your wish list.
0
Product added to cart
Place your promotion here
Menu
Account
Settings 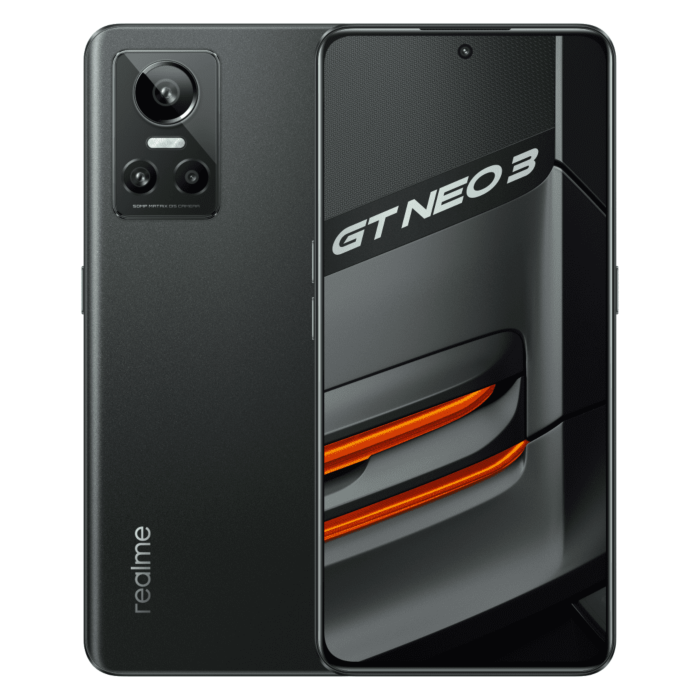 Realme UI 3 Based On Android 12 OS

Realme GT Neo 3 (80W) 5G runs Realme UI 3.0 OS based on the Android 12 operating system, which offers a fresh, fast platform to help you stay connected and productive while you're on the go.

The Realme GT Neo 3 (80W) is powered by a MediaTek Dimensity 8100 5G Octa-Core processor along with 8GB/12GB of RAM which delivers outstanding overall performance for opening and running applications, flipping through menus, running home screens, and more.

The Realme GT Neo 3 (80W) houses a triple camera setup on the back panel that comes with a 50-megapixel Sony IMX766 OIS primary camera with f/1.88 aperture, a 119-degree 8-megapixel ultrawide lens, and a 2-megapixel macro camera. Realme GT Neo 3 (150W) has a 16-megapixel front-facing camera.

The Realme GT Neo 3 (80W) is backed by a built-in 5000mAh Li-ion battery which supports 65W fast charging can fill the battery of the phone to 100 percent from scratch in just 10 minutes.

The Realme GT Neo 3 (80W) houses a nine-layer thermal structure, including diamond gel, stainless steel VC and 3D multi-graphene, is a powerful line-up with a total area of 39606mm², covering 100% of the heat source and maintaining the ideal temperature even throughout the high-performance operation.

Realme GT Neo 3 (80W) comes with an under-display fingerprint to unlock your phone fast and safely.

More Information
Related Products
Check items to add to the cart or
We found other products you might like!
Write Your Own Review