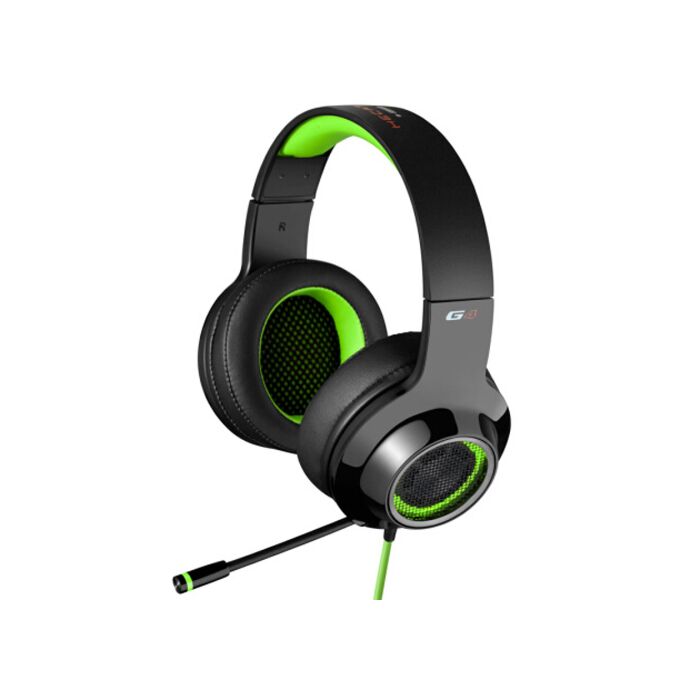 Pinpointing sounds is vital for taking an interest in computer games at the highest level. The G4 headset has a 7.1 surround sound. Make sense of foe developments and remain alarmed amid your matches. Get an edge over easygoing players and join the positions among the best.

We comprehend that you must look cool while gaming so we have made a metal work LED light plan for the earcups. Accessible in three distinctive LED hues: green, blue, and red. Get the headset that fits your hues and fits your way of life.

After an enjoyable, or conceivably distressing, gaming session, you can without much of a stretch retract the boom microphone. Withdrawing the mouthpiece shields the microphone from harm such as somebody accidentally damages it. Withdrawing additionally lets you conveniently put away the headset without losing the microphone.

Get beneath the ear cup

The G4 headset has 40mm neodymium drivers that deliver sound that imitates sound precisely in your amusement. Frequency response rate rises to 20Hz – 20kHz, impedance of 24 Ohms and Sound Pressure Level is 103dB.

Get your game on!

Transport your psyche and body into the virtual. The G4 isn't simply one more headset. It's a gadget that increases your playing experience to make you have a feeling that you are in the game on account of the vibrating impacts situated in the headset.