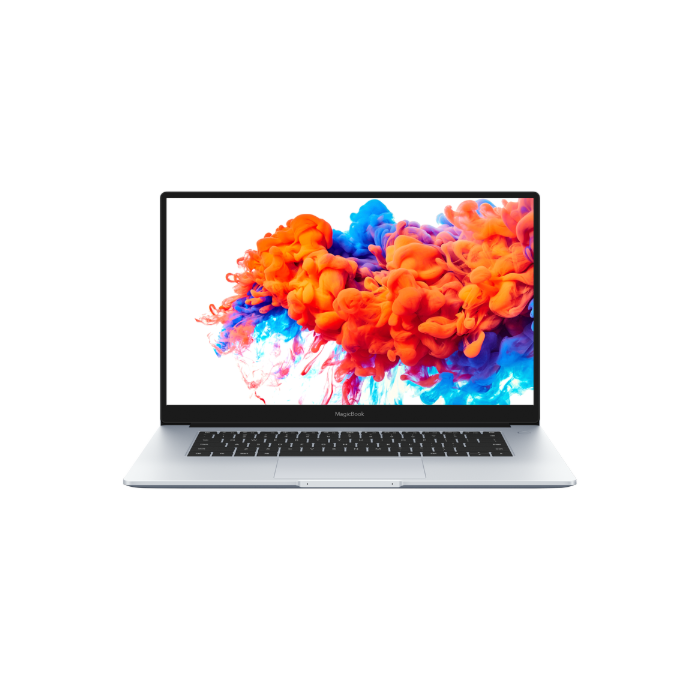 Huawei Honor MagicBook 15 is equipped with a 15.6 inch FHD LCD display, brings your photos and videos to life. The powerful Linux or Windows 10 operating system. Powered by AMD Ryzen 5 or Ryzen 7 3700U processor, ensures high performance. The laptop also features a Radeon RX Vega 8 graphics, which is equipped with better performance, delivering plenty of power for multitasking and fueling casual games and movies.

The Honor MagicBook 15 sports a 15.6-inch IPS Touch Screen FHD (1920×1080 pixels) display with a screen-to-body ratio of 87 percent. The display has 45 percent coverage of the NTSC color space and provides 800:1 contrast and 250 nits of brightness.

8GB LPDDR4 2400MHz RAM for Advanced Multitasking Substantial high-bandwidth RAM to smoothly run your games, photos, and video-editing applications, as well as multiple programs and browser tabs all at once.

Honor MagicBook 15 packs a monstrous 42Wh (typical capacity) battery. The battery can be recharged with 65W power adapter (USB Type C), and comes with a fast charger can charge 46 percent in just 30 minutes.

Wirelessly transfer photos, music and other media between the computer and your Bluetooth-enabled cell phone or MP3 player, or connect Bluetooth wireless accessories

Both the CPU and the GPU inside the Honor MagicBook have a single fan via heat pipes. It takes in cool air from three vents and blows out the hot air.