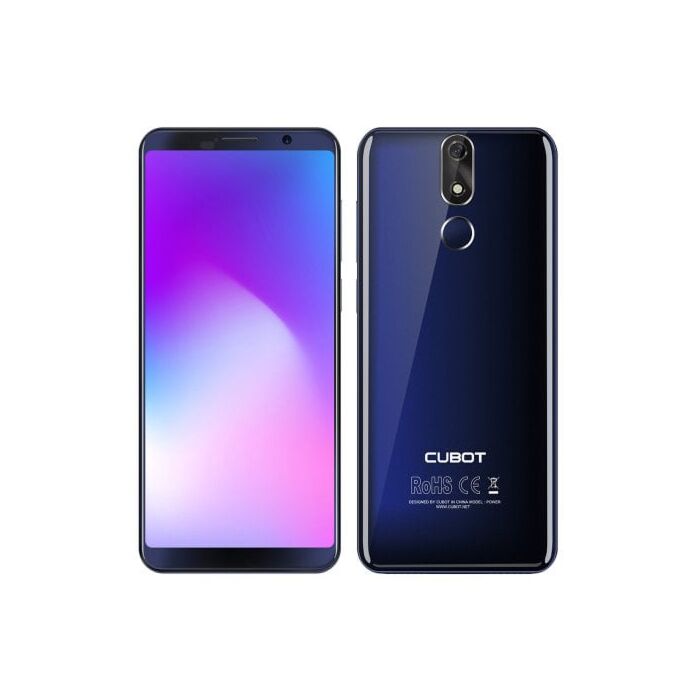 Cubot Power is pre-installed with the original Android 8.1 system.Apart from Google's own software, there is no third-party advertising APP. In addition, Google has perfectly solved Android fragmentation in Android 8.1 and rewrote the system's underlying code, It won’t slow down as time goes by.

Cubot Power uses 5.99-inch ultra-clear full screen, it also has great handling grip. The 18:9 aspect ratio screen allows you to see a wider scene. no matter you watch movies or play games, you will be attracted by the immersive screen effect.

Cubot Power has a 20MP camera with 6P element lens, F/2.0 Large Aperture. The advantage of 6P lens lies in its ability to collect more light, thus enhances the resolution and increases contrast of the lens. The 13.0MP front camera, with an optimized facial beauty algorithm, enable you to take selfie with extraordinary clear and natural skin tone.

Cubot Power is packed with 6GB of RAM and 128GB of internal storage, which provides plenty of storage space for your contacts, music, photos, apps and more.

Cubot Power is equipped with 6000mAh polymer lithium-ion battery, supplemented by an intelligent power management system, which significantly extends the usage time. According to actual laboratory tests, it can take 46 hour - call, play 15 hour- video and listen to songs for 50 hours continuously. the standby time is 600 hours.

Cubot Power has a COATING fingerprint unlocking sensor on the back, by constantly optimizing the recognition speed and accuracy, the unlock time is just 0.1s, it’s safe and fast.

Use Your Smartphone As a Mobile Hotspot

Share your 4G data connection with other compatible wireless devices.

Listen to Your Favorite Tunes

Store and play your MP3 files on your phone.