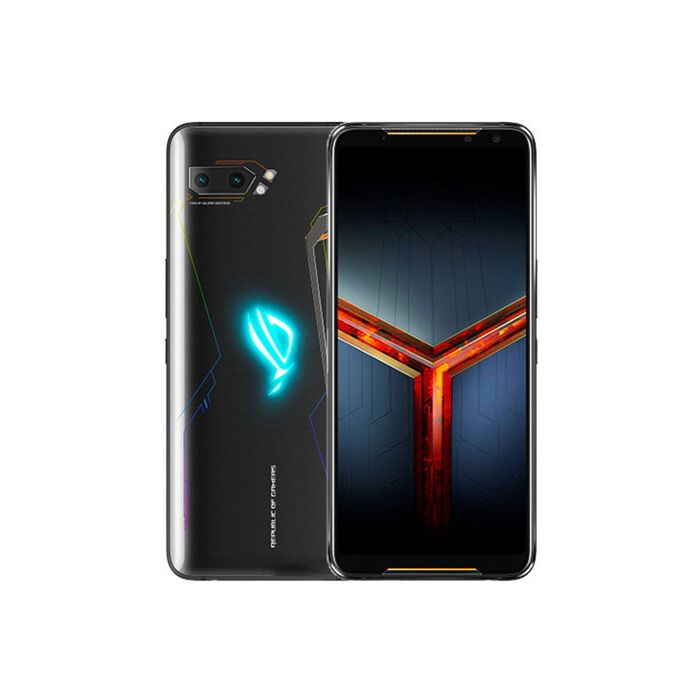 Qualcomm Snapdragon 855 Plus Processor up to 12GB of RAM

The smartphone is powered by Qualcomm Snapdragon 855 Plus Octa-core processor clocked at 2.96GHz, coupled with Adreno 640 GPU, along with 8GB/12GB of RAM and 128GB/256GB/512GB dual-channel UFS 2.1 flash memory.

ROG 2 Phone uses an ultrafast AMOLED display with a 120Hz refresh rate and a jaw-dropping 1ms pixel response time for blur-free visuals that are as smooth as silk. With a wide 108.6% DCI-P3 color gamut, colors are incredibly vivid too, so game worlds look as glorious as they were intended, and HDR visuals with a 10,000:1 contrast ratio help reveal every hidden detail in the shadows.

The dual-camera system in ROG Phone 2 uses cutting-edge hardware to take your photography to new heights, so you’ll always get the clearest and brightest shots every time, in any conditions. With its highly light-sensitive flagship 48MP Sony IMX586 main camera, and a 13MP super wide-angle second rear camera, and a 24MP front-facing camera, whatever the subject — expansive landscapes, sunny beaches, atmospheric night shots, squad waves or winning selfies.

ROG Phone 2 is built to cope with the power-intensive demands of gaming, with a high-capacity battery that gives you more freedom to play. Charging time can be critical when you’re on a long mission, so ROG 2 Phone not only supports Quick Charge 4.0 fast charging but when you use the bundled ROG Phone 2 power adapter you also get the benefit of ASUS HyperCharge, a direct-charge technology that puts the charging circuitry inside the power adapter rather than the phone. This delivers more power (up to 30W) for shorter, safer charge times, and also means ROG Phone 2 stays cooler when it’s charging. For maximum flexibility, you can also charge ROG Phone 2 with any standard USB-C charger

ROG Phone 2 is built from the ground up to run smoothly even when the action gets frenetic: its exclusive GameCool system features highly efficient 3D vapor-chamber cooling inside, enhanced with a copper heat spreader and carbon cooling pads on the circuit board for maximum cooling performance. There’s also a detachable external AeroActive Cooler for an extra cooling boost when the going gets really tough. With GameCool, hot hands and spoiled games are a thing of the past.

ROG Phone 2 is the world’s first phone with ASUS Aura RGB lighting, featuring an illuminated rear ROG logo that can display a whole rainbow of lighting schemes: static, breathing, strobing or color cycling. You can trigger lighting effects with phone events such as incoming calls, notifications and more, to give your ROG Phone a unique personality.