On the eve of One Plus fifth anniversary, OnePlus mobile phone brings you a 6T McLaren custom version mobile phone that works with McLaren. In appearance, McLaren set plate-making on the basis of One Plus 6T, the use of carbon fiber texture and orange edge of the gradient design, more full of scientific and technological sense. At the same time, in terms of configuration, the Karen Plate has brought 10GB of oversized memory as well as 30W warp fast charge. Here's a look at the power of the new 30W fast charge.

The previous one-plus mobile phone has not let us down in charging. Before that, the one-plus mobile phone was equipped with a 5W/4A output power 20W Dash flash charger. In a fast charging technology, this is also a charging. The speed is faster. This time, One Plus 6T McLaren customized version upgraded to 30W of charging power, directly increased the charging peak speed by 50%. 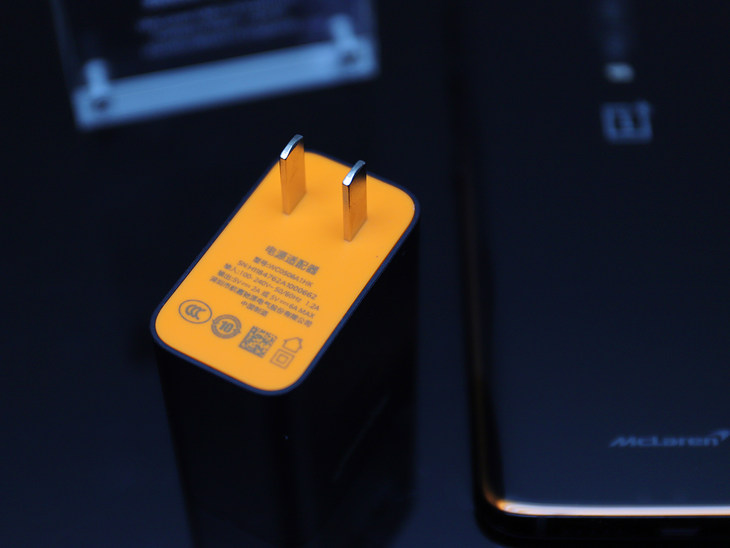 Warp Flash charge is actually an upgraded version of the original dash flash charge, the same is the use of high-current fast charging scheme. Compared with the fast charging scheme of large voltage, the high current fast charge will integrate the fast charge parts on the charging head, the mobile phone heat less while charging, the charging conversion efficiency is higher, it can achieve better charging speed, which is also One Plus, OPPO, Huawei and other manufacturers to choose the reason. Therefore, One Plus mobile phone has been able to use their own charging line to achieve fast charging, the need for coarse cables to achieve high current transmission. 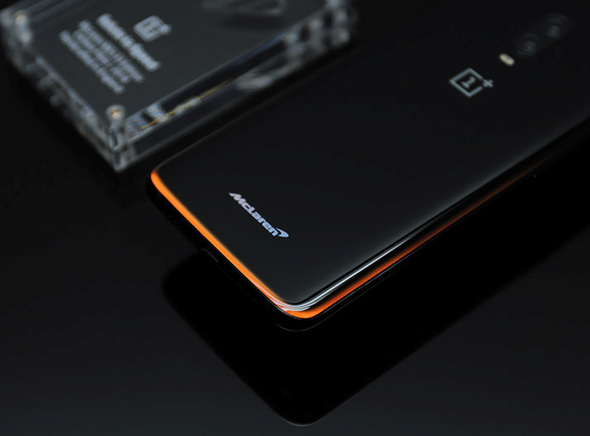 The 5v/6a 30W fast charge for the McLaren version, with root number microcontrollers, more accurate voltage and current regulation circuits, and thermal management and power components, ensures that the phone can be safer and faster when charging quickly. At the same time, the new charging line using woven material wire, the quality is also better. The official data, in 20 minutes can be charged 50% of the electricity, we also did a charging test. 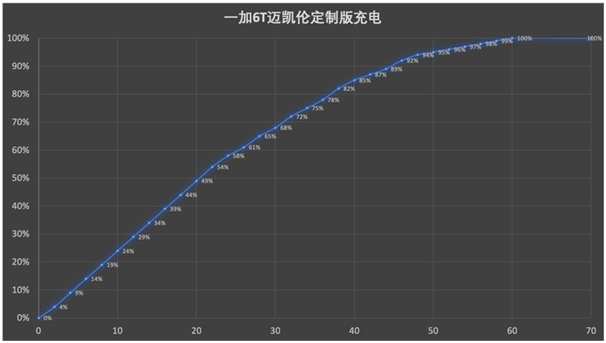 If the actual test error problem is taken into account, One Plus 6T McLaren charging speed is in line with the official claim of 20 minutes’ charge 50%. And an hour full of mobile phone power, such a performance in the present look is also very good.

Fast charging greatly improves the efficiency of our mobile phone use

In the "ancient times", everyone went out to prepare two spare batteries to prevent a rainy day, and later it was the hands of a mobile power supply rhythm. And after the continuous development of mobile phones, mobile phone batteries cannot be advanced by leaps and bounds, mobile phone rapid charging has become a good way to solve the "power anxiety". By rushing as much power as possible in a short period of time to complete the returns blood, it can satisfy most people's use. 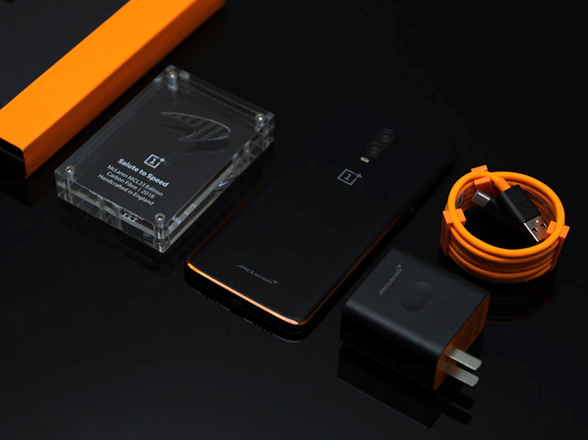 Like One Plus, mobile phone fast charge is generally in the first half of the speed of fast, into the second half of the charging speed began to decline. Considering that what users need is to charge as much as possible in a short period of time, usually the first half hour of mobile phone charging is able to move forward at full speed, so even if you forget to recharge at night, get up in the morning to wash the kung fu, the phone has been able to meet the normal use of the day.