MEIZU has confirmed officially that the launch event will be held at 2:30pm on Sep. 19 at Beijing. It is not only release Meizu 16X, which is leaked days ago, but will unveiled a new smartphone and a series of expecting products. It is interesting that a launch event of Xiaomi Mi 8 Youth Edition will be also held on Sep. 19. 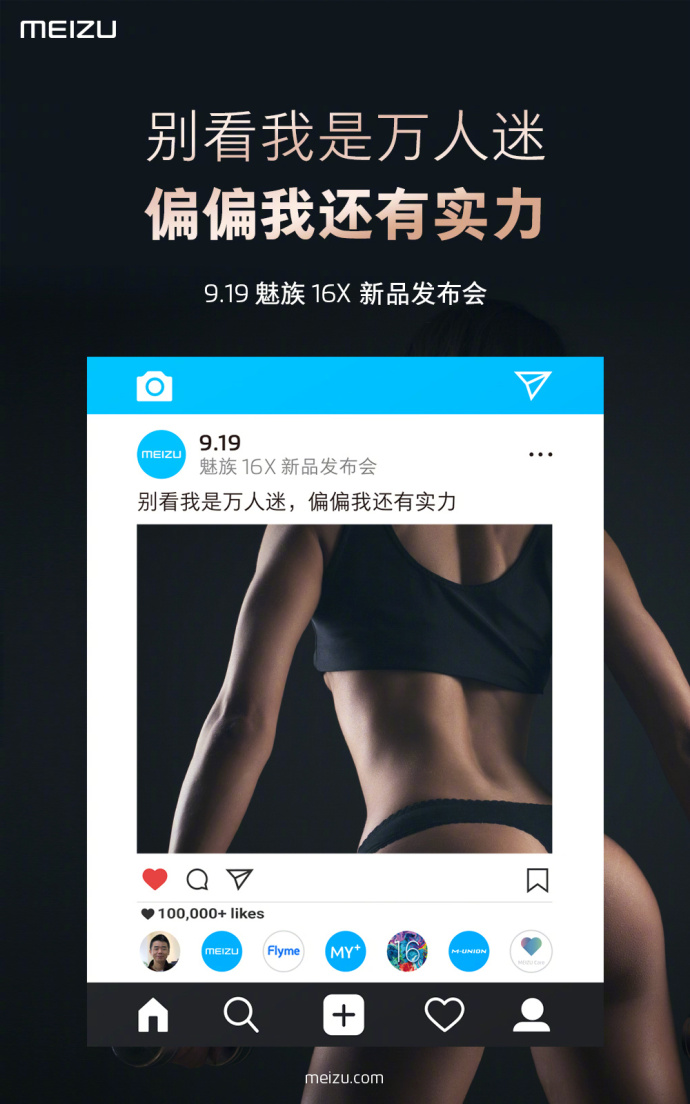 It has been leaked that Meizu 16X is powered by Snapdragon 710 processor. The handset comes with a 6 inch of Samsung Super Amoled display panel having and the resolution of 1080 x 2160 pixels. A few days ago, Jack Wong, the CEO of MEIZU, has ensured that Meizu 16X will be fueled by 3100mAh battery, which is larger than 3010mAh of Meizu 16. In the camera department, Meizu 16X will be equipped with dual rear camera and a front-facing camera. Guessing based on Meizu 16th, Meizu 16X may be assisted by 6GB of RAM and 64GB of internal storage basically. It is said that Meizu 16X will have a special edition which ships with 8GB of RAM and having 128GB of storage.