After announcing its as independent brand, Xiaomi Redmi officially released its Redmi Note 7 series in January and received good market feedback in the months that followed. According to recent official Redmi data, it has sold more than 70 million units. 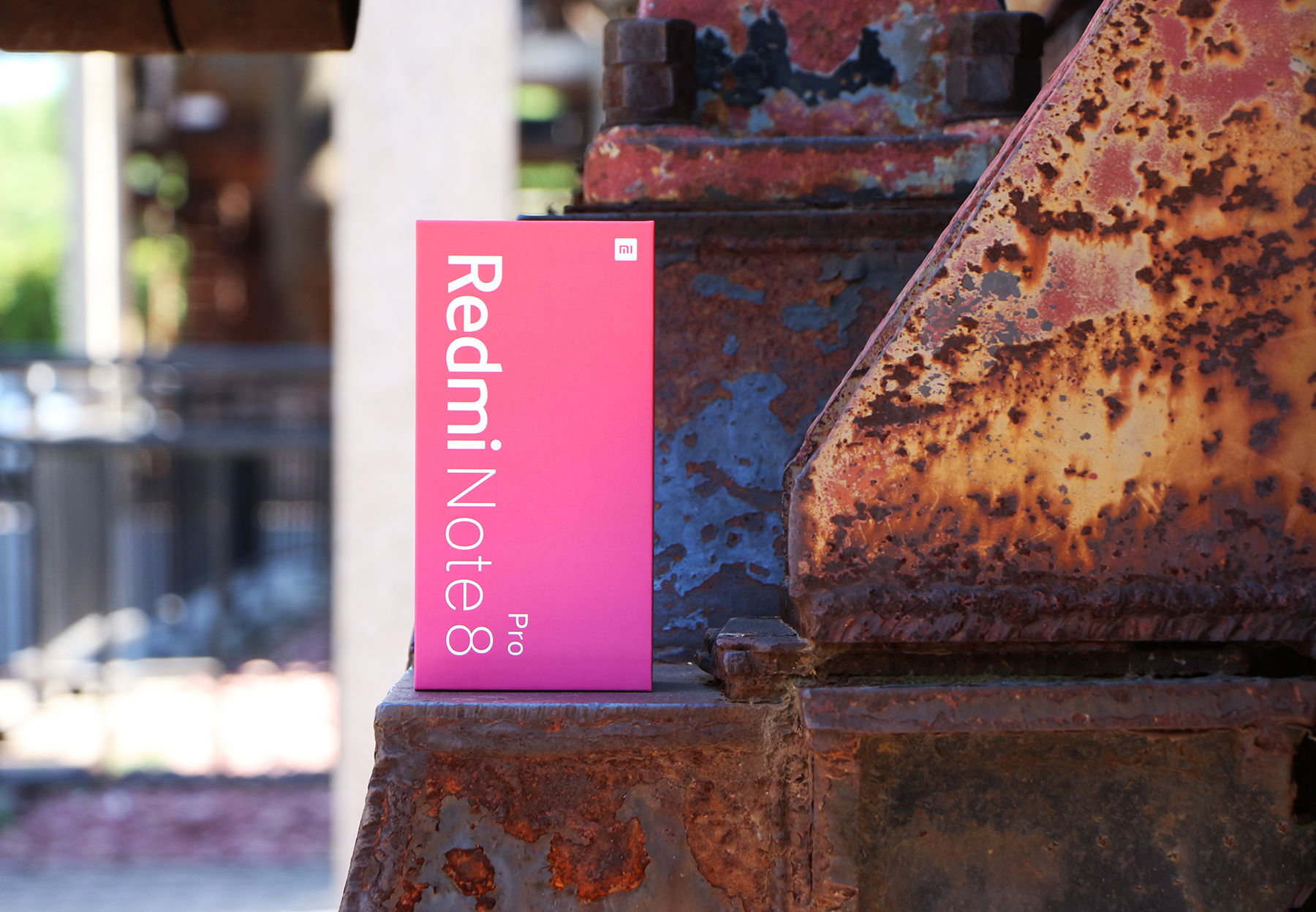 The Redmi Note 8 Pro features the same drop screen (LCD material) as the previous generation, but the screen is larger, rising from 6.3 inches to 6.53 inches with a resolution of 2340 x 1080 and a maximum excitation brightness of 694nit. 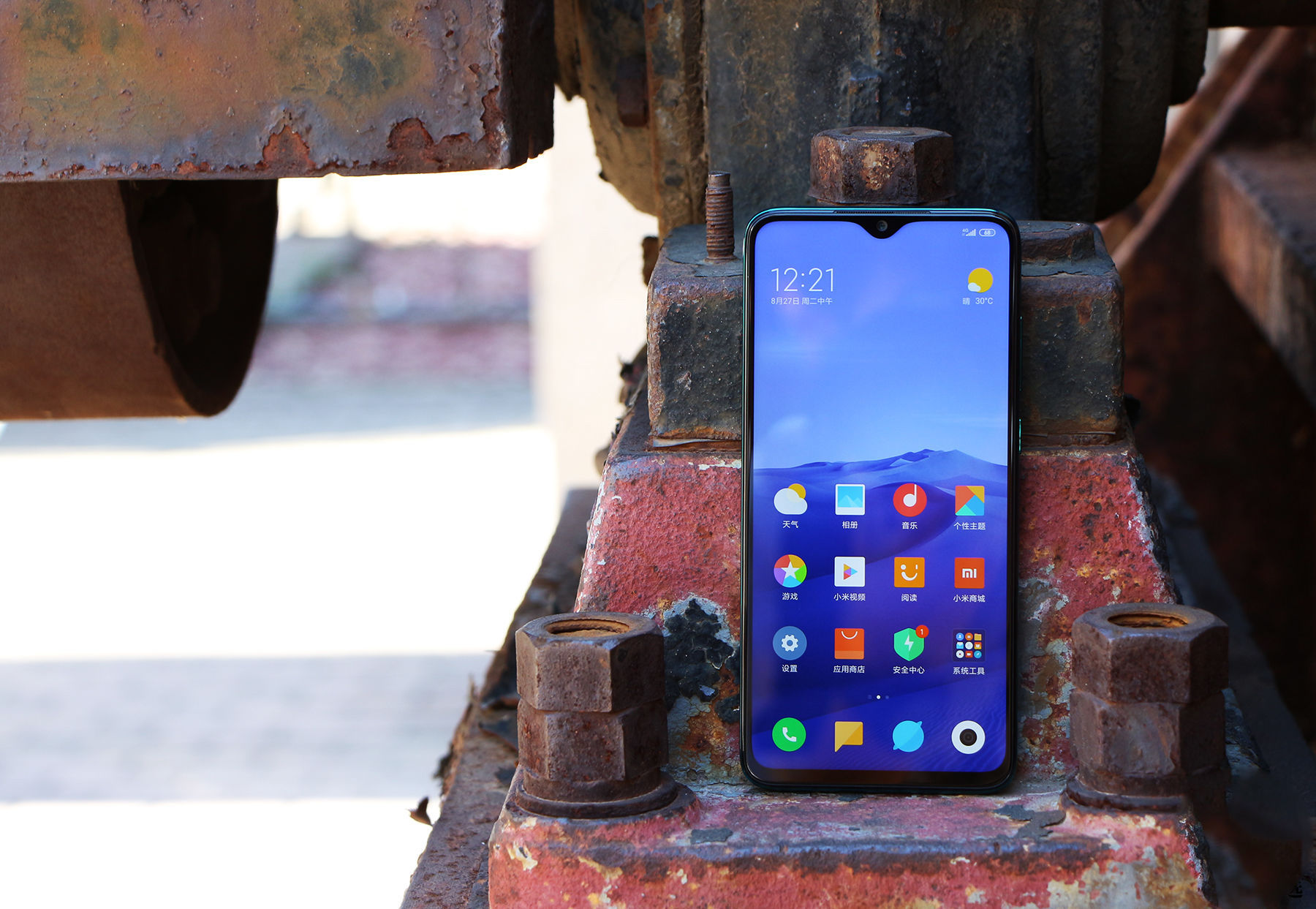 In addition to screen size, another improvement on the front is the border width. The upper, right, and bottom borders of the new products are 2.05mm, 1.8mm and 4.2mm respectively. The width of the lower border, in particular, is significantly narrower than the Redmi Note 7 Pro. 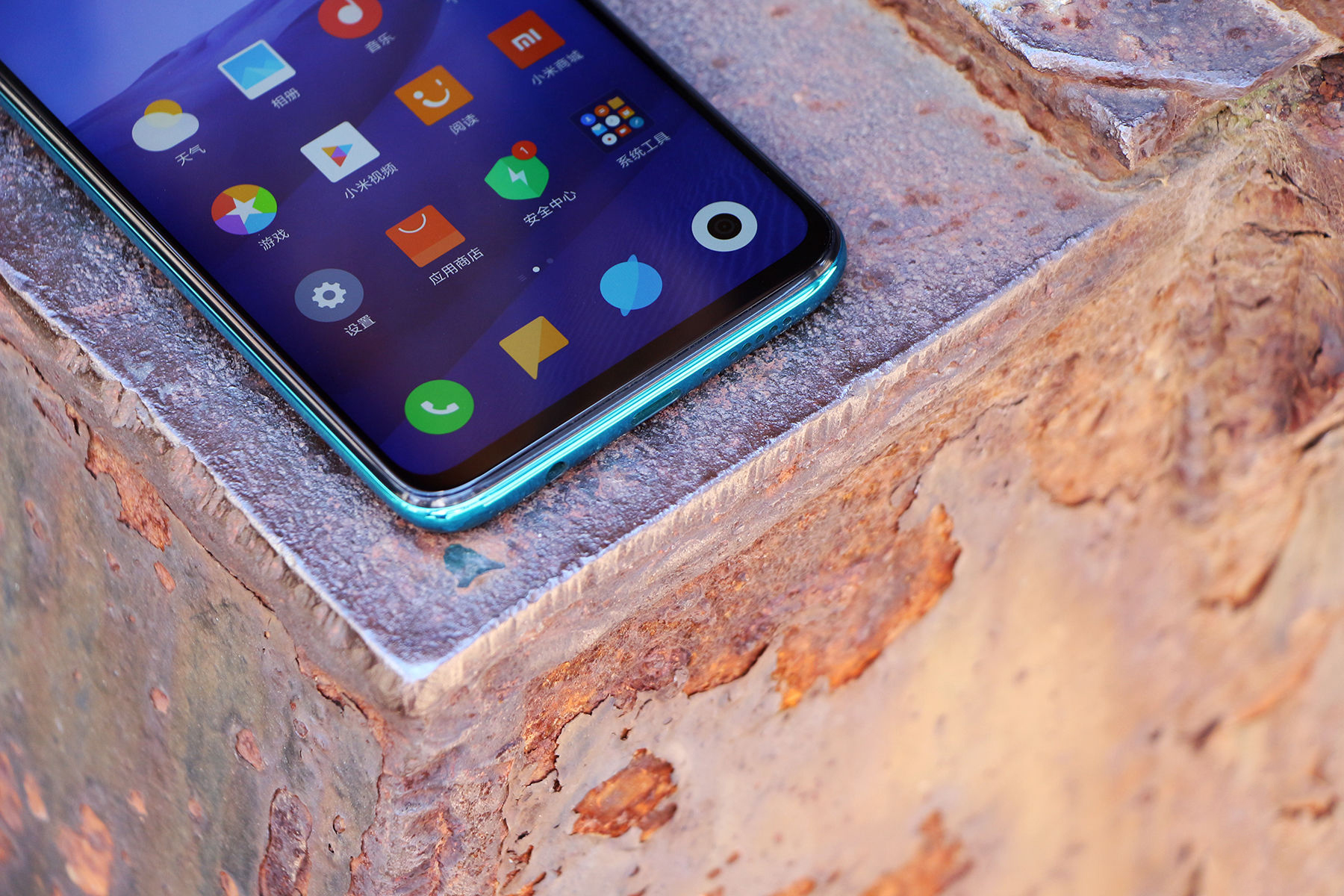 Of course, as the border width narrows further, the visual effects of this generation are much better. At the same time, although the Redmi Note 8 Pro has a larger screen size, it has not significantly increased in size, with the body circumference of 161.3 x 76.4 x 8.8mm, according to official data. 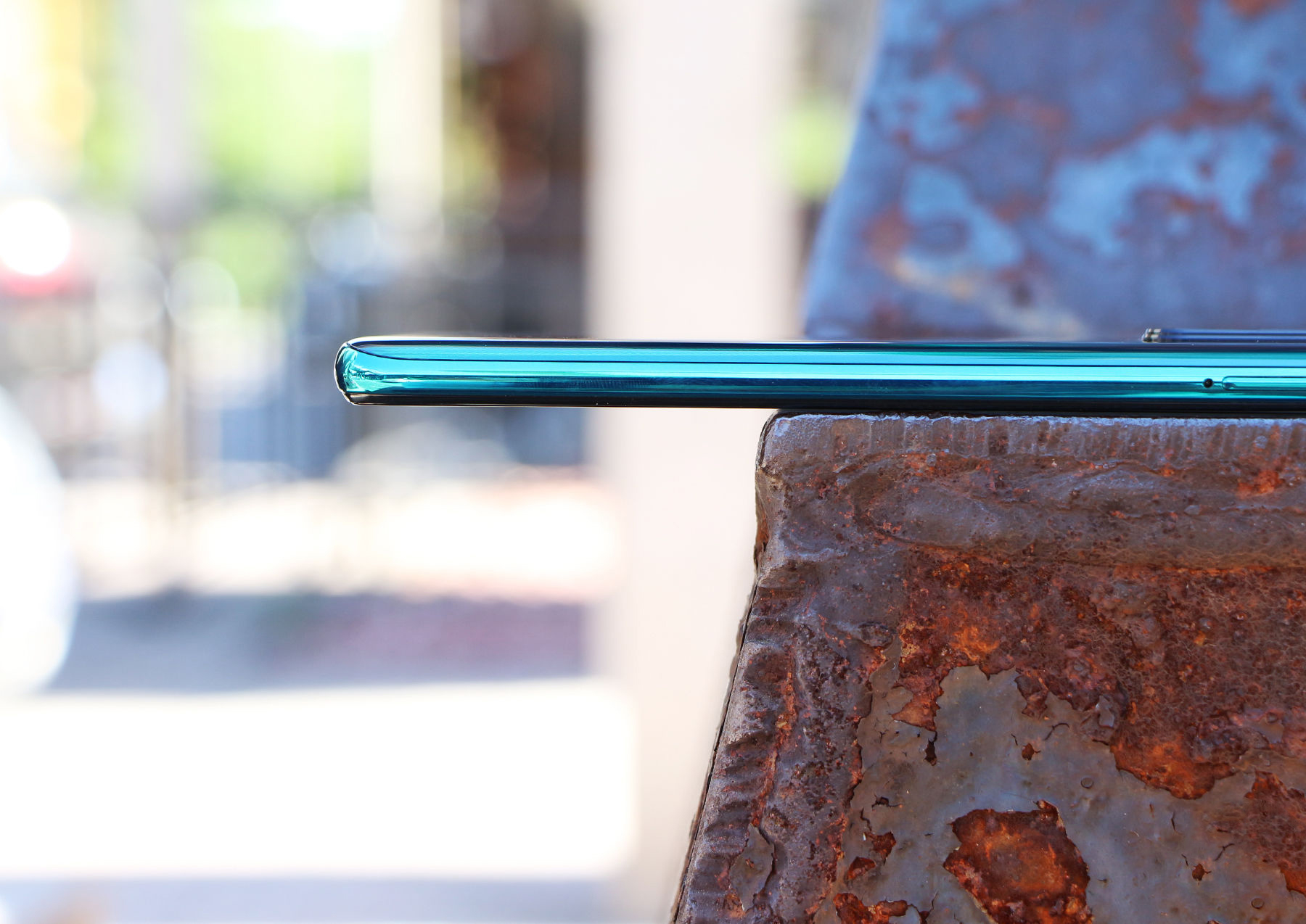 On the back of the body, the Redmi Note 8 Pro features a four-curved glass back cover, available in three body colors, ice jade, mussel white and electric gray, preferring the ice jade version. The front looks dark in the center and green on both sides. As the light side passes, the green area grows larger as the brightness increases, and looks very beautiful. 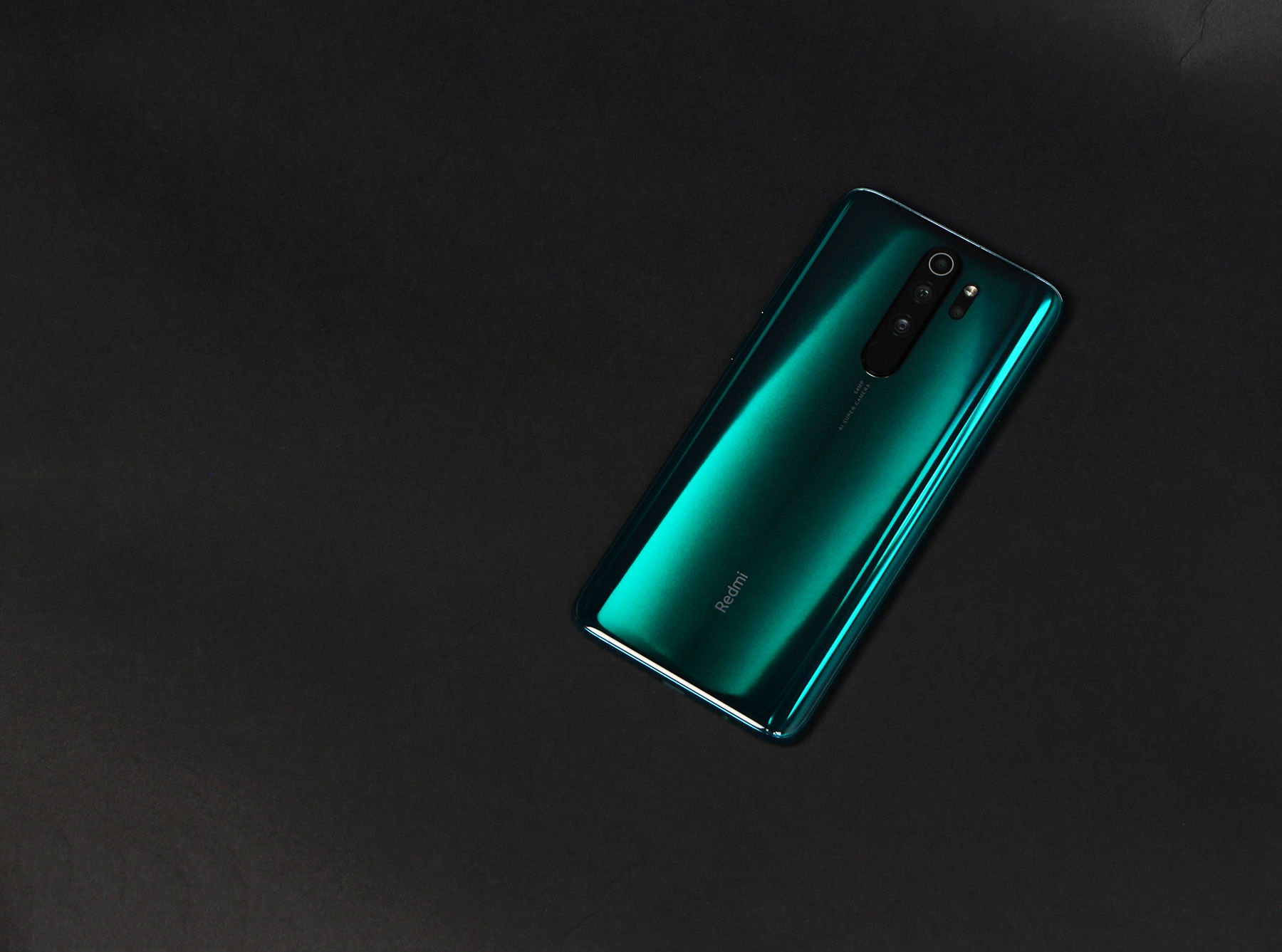 According to the recent internet news, including the upcoming release of the next generation of iPhones, there should be a lot of new color-like mobile phones to come out, which should also be the second half of this year's popular color. 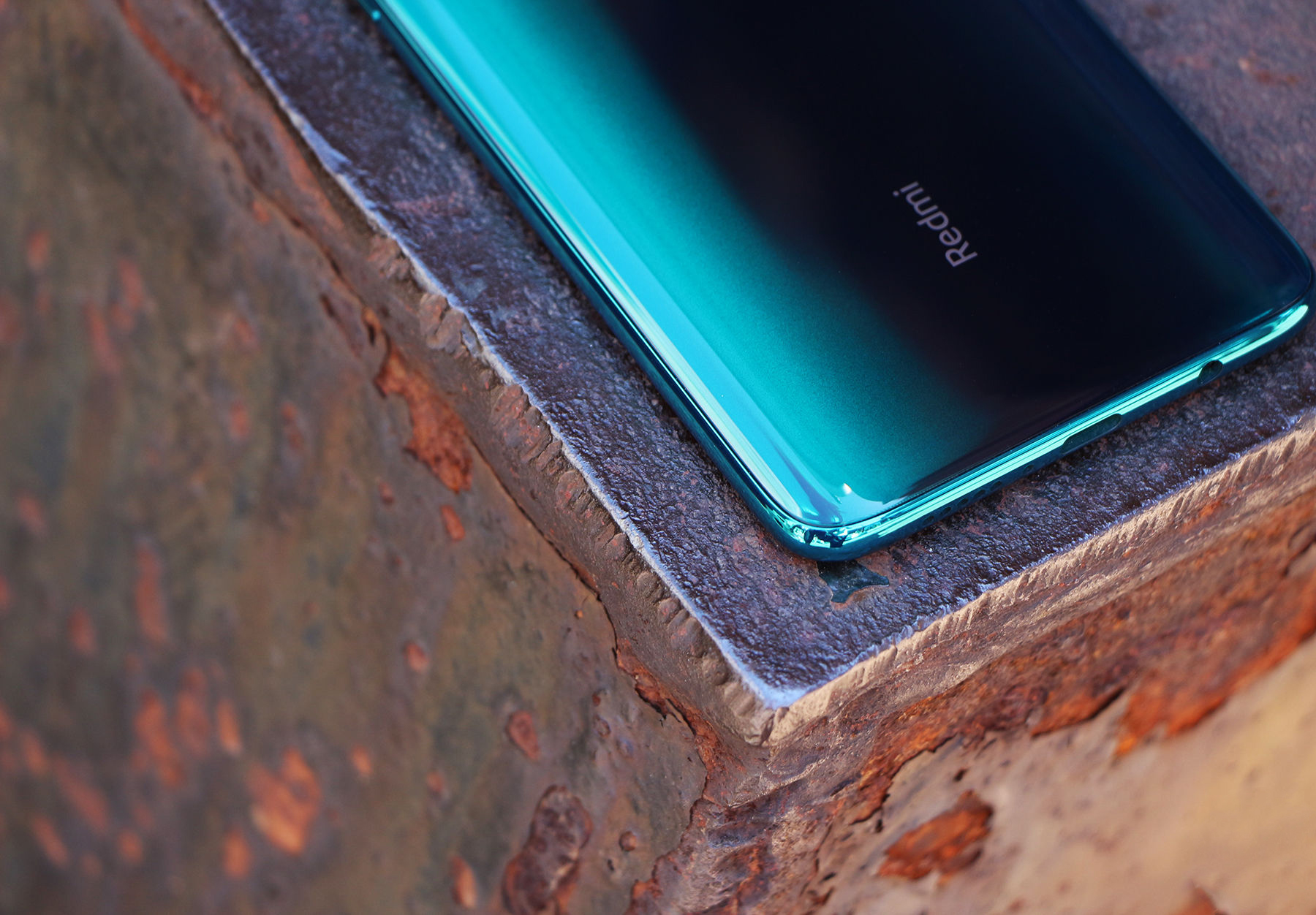 In addition to the color matching, another special place on the back of the fuselage is fingerprint recognition. The Redmi Note 8 Pro's fingerprint reader and rear camera module are put together and are so small that you'll think you'll mistake it for a camera at first sight. 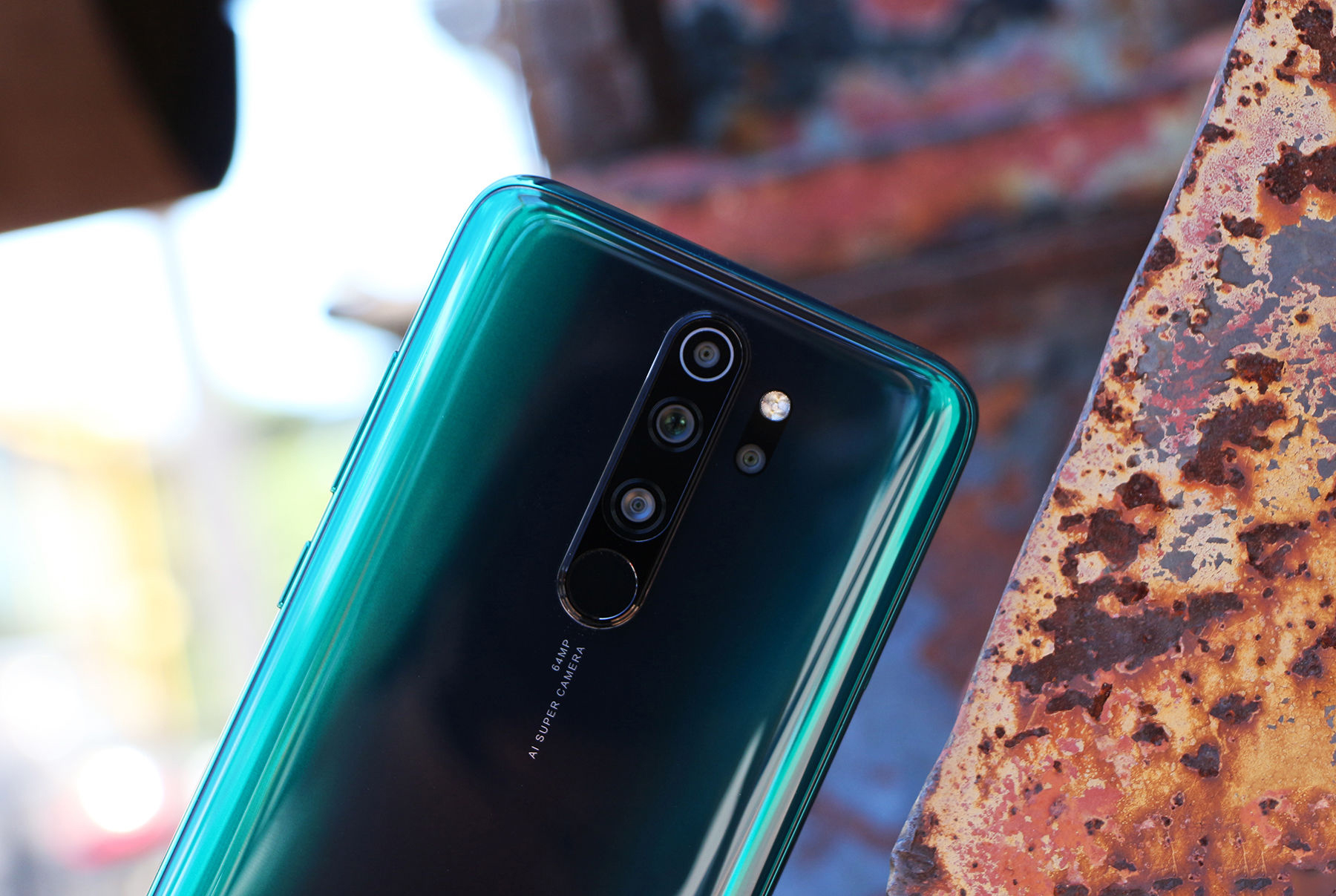 However, while the area of the fingerprint reader is relatively small, the accuracy of the identification and unlock speed are not compromised. On the question of whether or not to touch by mistake, we noticed after the start that its edges were raised to provide more clear haptic feedback, and the chance of misrouting after familiarity was relatively low.

In terms of feel performance, although the Redmi Note 8 Pro (199g) is slightly heavier than the Redmi Note 7 Pro on the data, it is more comfortable to hold because it has a relatively large rally of the arc processing this time, and is more closely attached to the palm of its hand.

The camera is a big selling point for the Redmi Note 8 Pro, and the following focus is on its camera-taking capabilities. 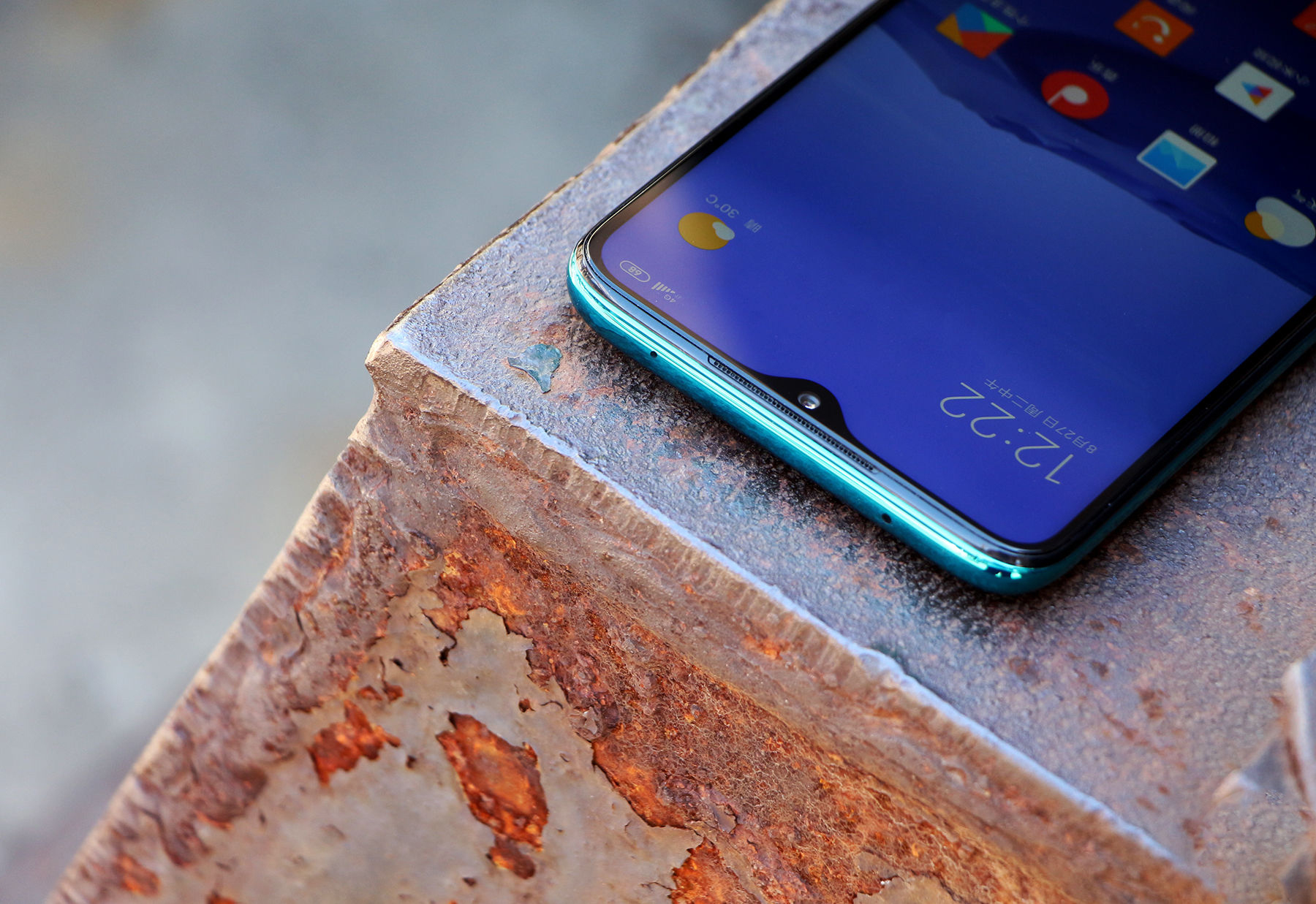 The Front-facing camera of the Redmi Note 8 Pro has been raised from 13 megapixels to 20 megapixels, enabling facial unlocking. On the feature app, this time it's not only supporting 15s short video shooting, it's also bringing a more interesting "panoramic selfie."

With this feature, a mini-view frame appears in the camera interface, which works by combining photos taken in three different directions, front, left, and right, for a relatively larger background.

The rear camera has a larger lift than the front. Xiaomi recently held an image technology conference in Beijing, announcing that it would bring a 64-megapixel ultra-clear camera for mobile phones, and the Redmi Note 8 Pro became the first product to taste. 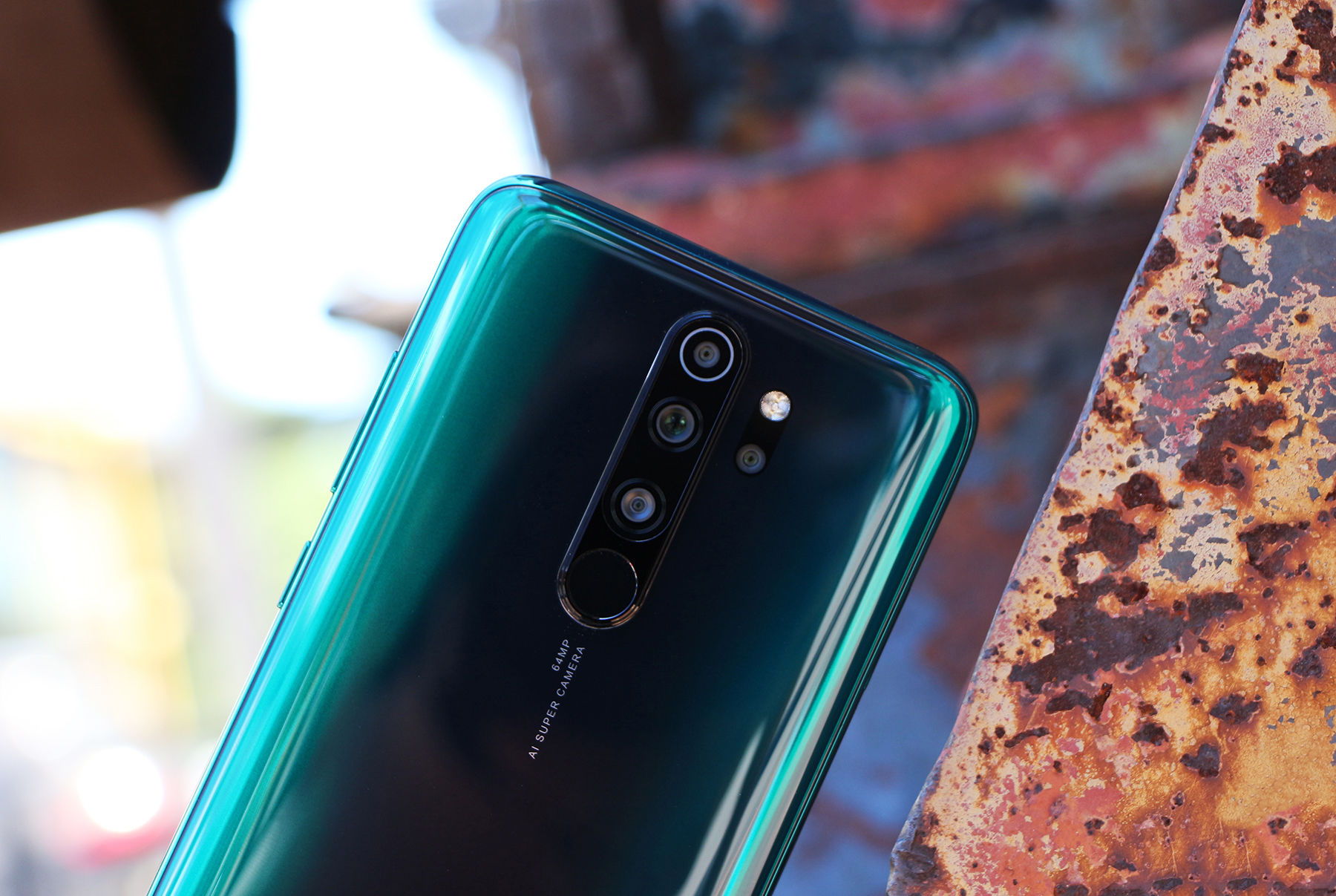 For the Samsung GW1 sensor, which measures 1/1.7 inches and is the same as the Sony IMX600 series, it is one of the largest light sensors on the market today. It also supports ISOCELL Plus, which reduces light loss and increases color reproduction, while Improving Image Quality by intelligently adjusting ISO sensitivity to ambient light intensity.

One thing to note is that, like the 48-megapixel Redmi Note 7, the Redmi Note 8 Pro default output is not 64 megapixels, but 16 megapixels, and you can manually turn on 64-megapixel mode in the camera interface, where the resolution of the picture is is 9280 x 6944.

The following is a sample of real shots, without post-processing, together to appreciate the next. 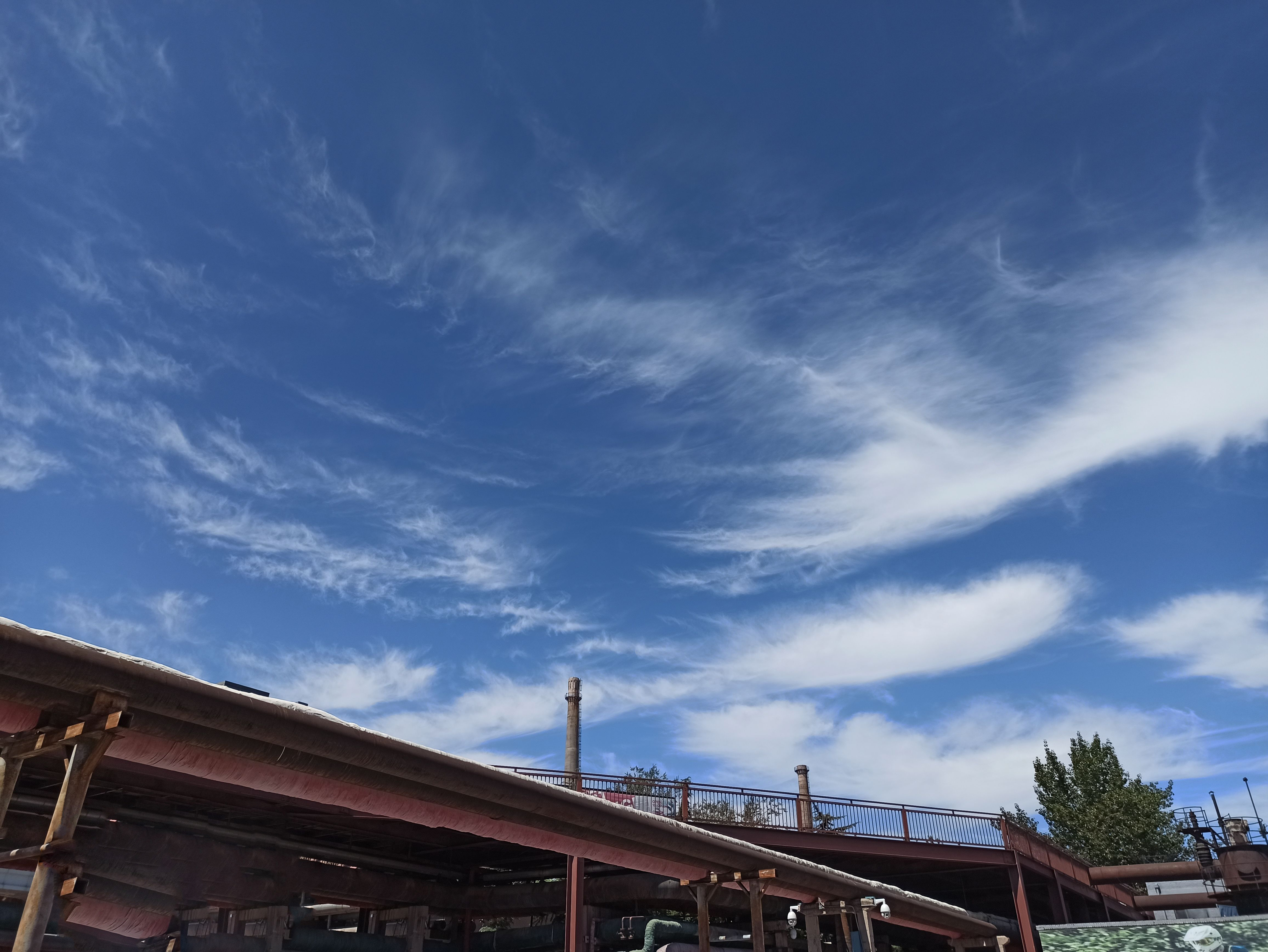 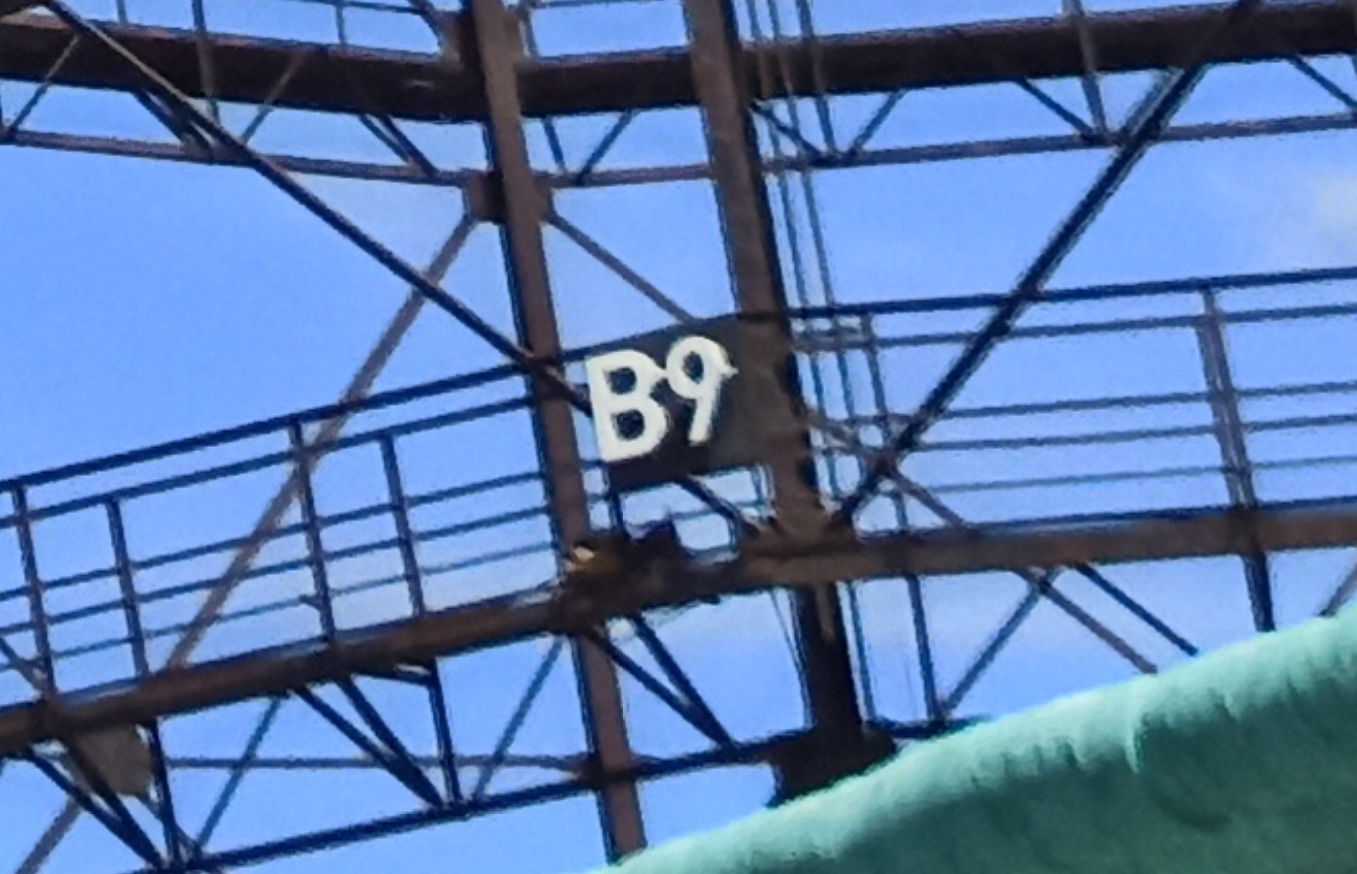 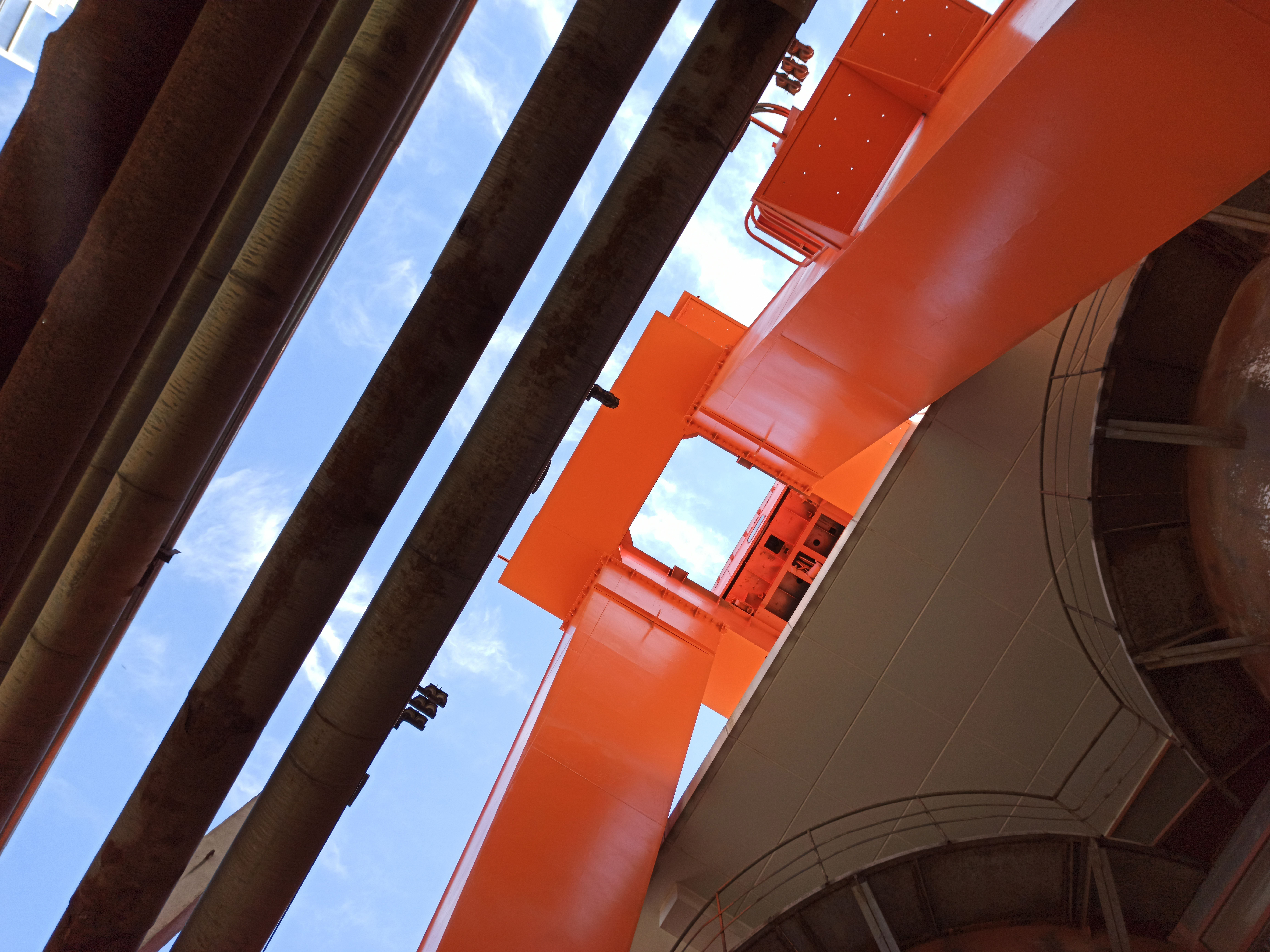 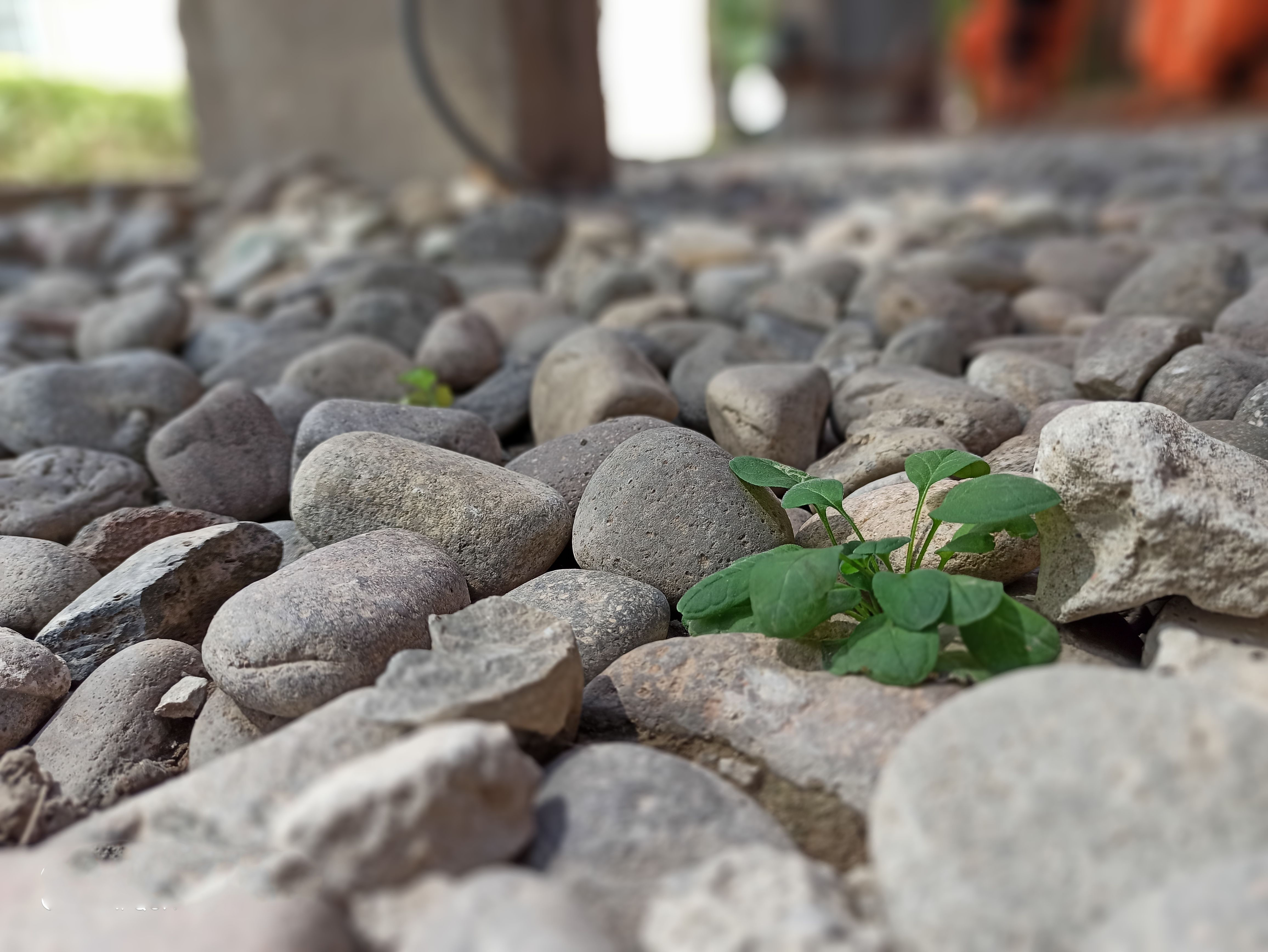 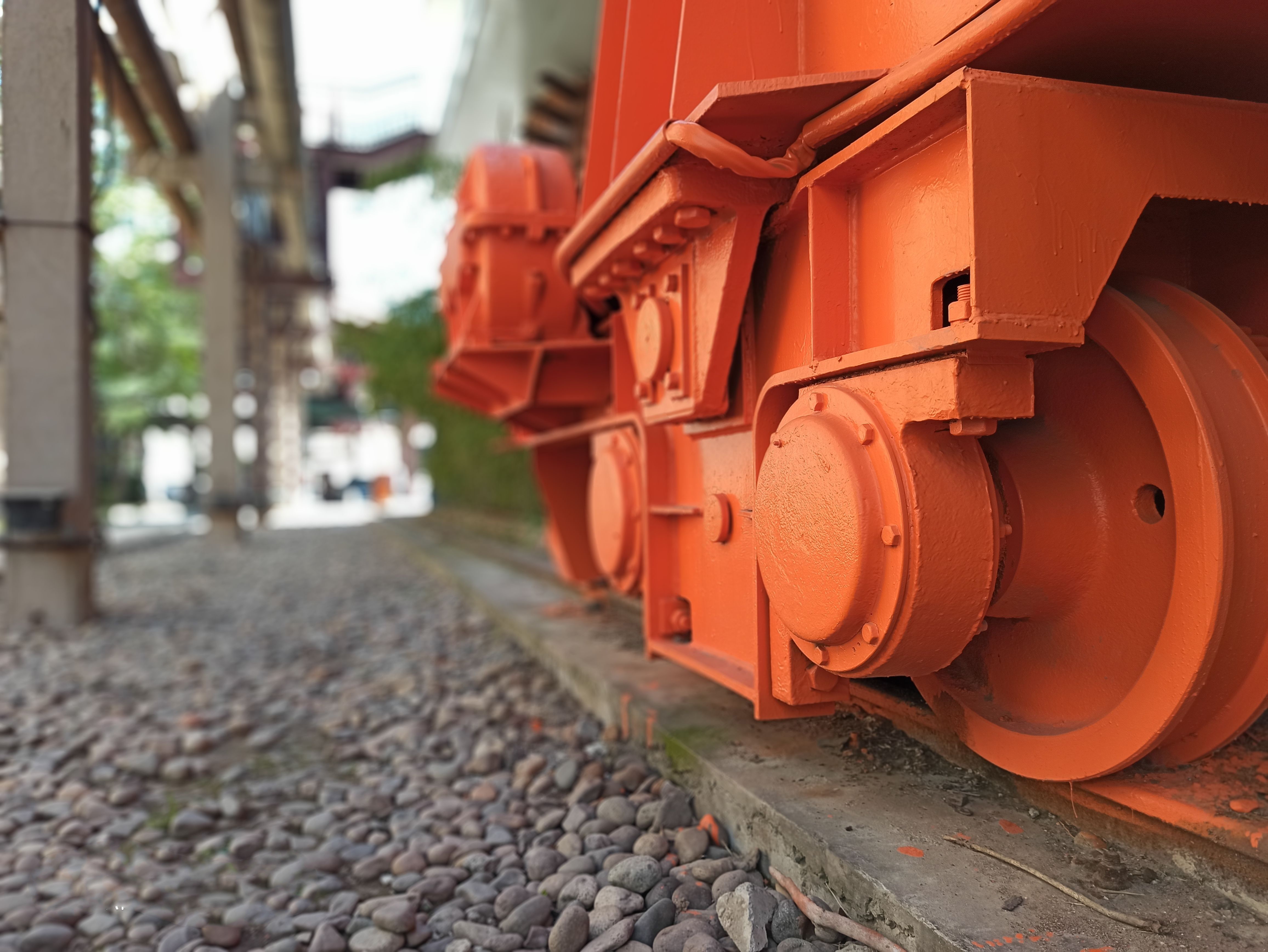 As you can see from the above sample, the immediate benefit of high pixels is that they preserve detail setter. This also means that you can still get good results after you make a secondary composition based on the original diagram or cut off some extra information.

Of course, if the picture is limited to the mobile phone as the representative of the small screen display device, even if the camera pixel is relatively low, its output of the picture can also show a more delicate picture effect, but if put on the big screen or print a large poster, the advantages of high pixels are more obvious.

And from the perspective of future industry development, the emergence of higher pixel sensors, it is likely to replace the existing telephoto lens on the phone from the function, which is to control the weight and size of the fuselage, have a real meaning.

At the end of July, MediaTek officially launched the Helio G90 series of chips at a press conference in Shanghai, when Lu Weibing, general manager of the Red Rice brand, announced that he would introduce them to Redmi's new products, and the Redmi Note 8 Pro was first launched with the Helio G90T chip.

The CPU portion of the Helio G90T is "2 plus 6" design, two large core models are Cortex A76, the small core is Cortex A55, the maximum frequency is 2.05GHz, the GPU is ARM Mali - G76 MP4 (four core), the maximum main frequency is 800MHz, compared to Generation, its unit power consumption performance and unit area performance have a more obvious improvement.

The horizontal comparison of the rival Qualcomm Dragon 730 and the Helio G90T are somewhat ahead in terms of CPU and GPU performance, but the lead is not large and it is difficult to perceive when experiencing it.

In terms of actual game performance, under high picture quality, high frame rate conditions, Redmi Note 8 Pro can play "King's Glory" can be maintained at more than 59 frames, while "Peace Elite" HD quality can support up to 40 frames, the entire game process is very smooth, to deal with the current more mainstream hot hand tour no problem.

In addition, in order to ensure thermal performance, this time it uses liquid cooling heat. We also kept an eye on its cooling during the game, and after more than 15 minutes of king-of-the-game glory, you can sense an increase in body temperature, but not significantly, within the normal acceptable range.

Long-term battery is a new need for today's mobile products, with the Redmi Note 8 Pro crammed into a 4500mAh battery inside the body, with an 18W fast charge, supporting a variety of fast charging protocols such as QC4 Plus, MTK PE, USB-PD, and more. 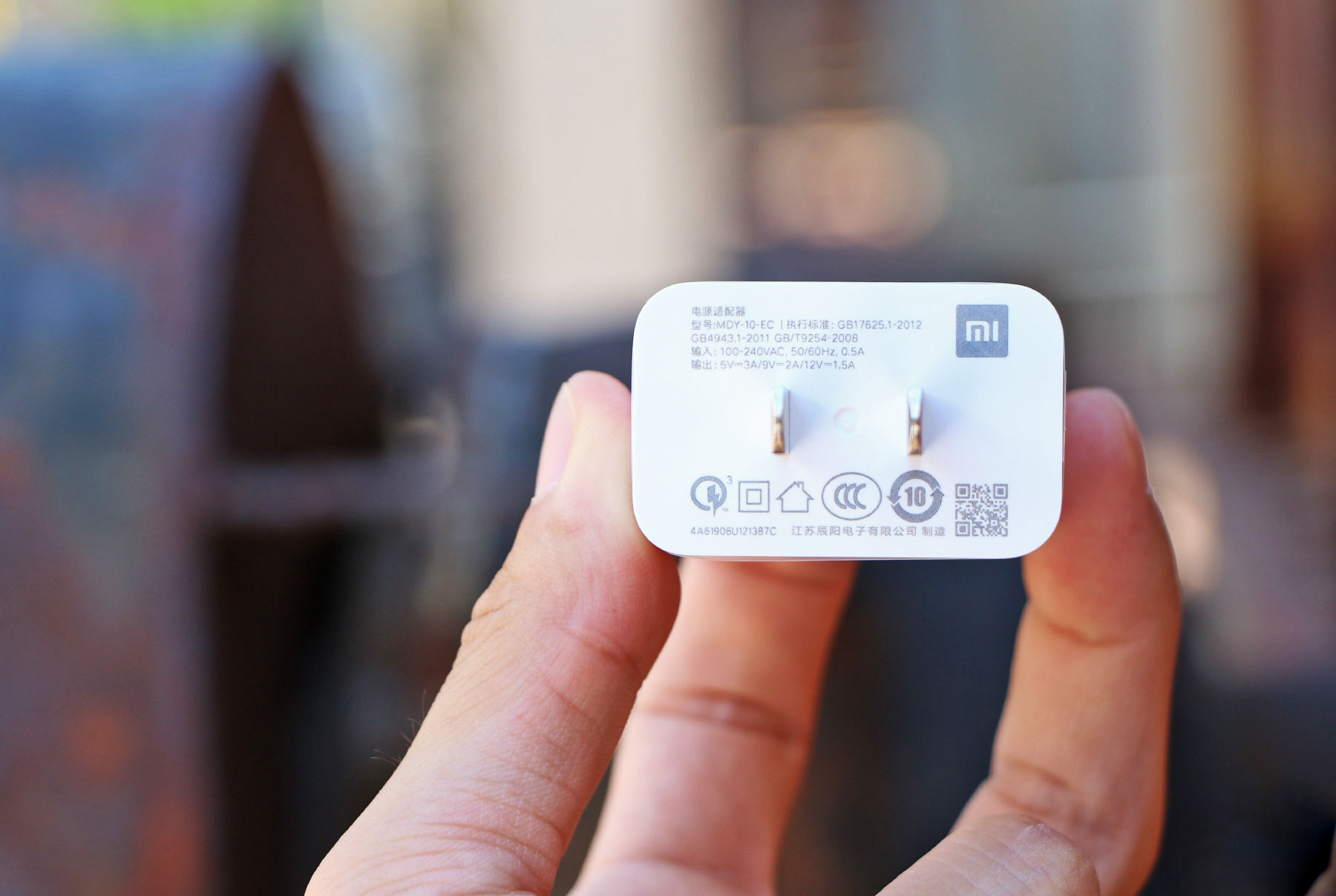 The current focus on the NFC feature, the Redmi Note 8 Pro, is also supported, and this time it features nXP's next-generation NFC chip, the SN100T, which officially says is a 30 percent faster deal. In addition, the infrared remote control, 3.5mm headphone connector is still retained. 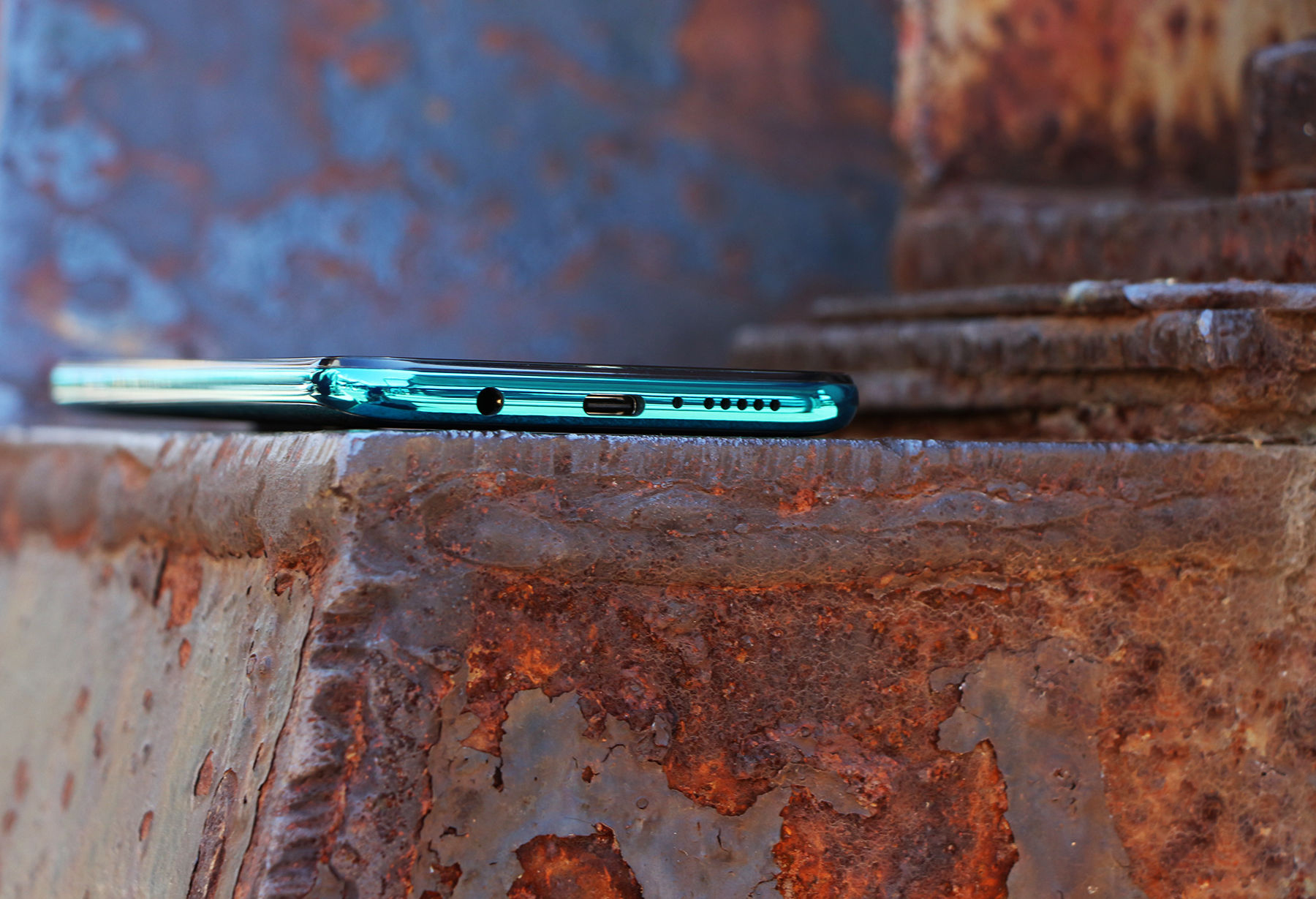 On the other hand, the 1217 ultra-linear speakers previously used on the Xiaomi 9 and the Redmi K20 were also devolved to the Redmi Note 8 Pro this time, allowing it to have a better audio performance.

Taken together, the Redmi Note 8 Pro has the advantage of taking pictures and game performance. The addition of 64 megapixel master, bringing higher parsing power, but also to a certain extent to meet the needs of the long focus.

The MTK Helio G90T, combined with chip-level game optimization, allows it to cope well with most of the most popular hand tours on the market today.

The product is now available in the market in a very reasonable price.