This year's Samsung S series launched its tenth year, leading a number of technological innovations from the first generation to the tenth generation S series, such as the S3 streamline body, the S6 edge hyperbolic screen, and the S9 variable aperture. However, last year's Mate 20 series brought a lot of competitive pressure. Huawei grabbed a lot of Samsung's share in the high-end flagship market.

This also makes people look forward to the performance of this S10 series. In the past years, the Samsung S series were mostly unveiled at the MWC Communication Exhibition. This time it was released in the US a few days earlier, and a total of three different models were introduced: S10, S10+, and S10e. The specific parameters are configured as follows: 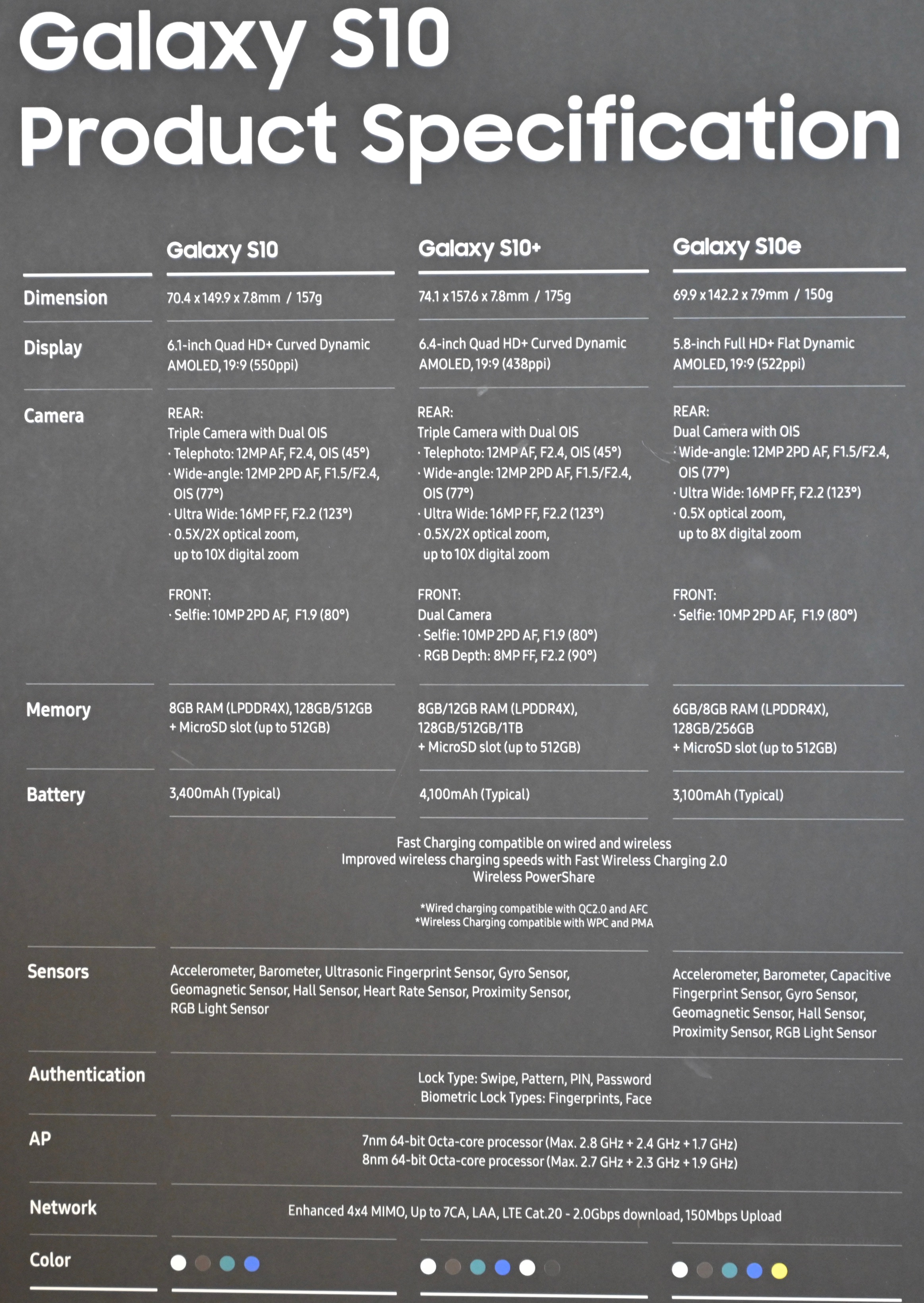 From the perspective view, the three models should be benchmarked iPhone XS, XS Max, XR. In the past, the S series had only one big and one small flagship, and this year there was an extra S10e. Similar to the XR positioning, the processor is unchanged but the lens is relatively deducted, and the telephoto is canceled only to retain the standard + super wide angle.

First of all, let's talk about the common upgrade of the products of the three models. The boring full-screen design is equipped with the Snapdragon 855 or Exynos 9820 processor, canceling the rear fingerprint scheme, giving up the iris to retain the face to unlock, wireless charging speed upgrade and support reverse discharge. Next, talk about their respective hands-on experience. 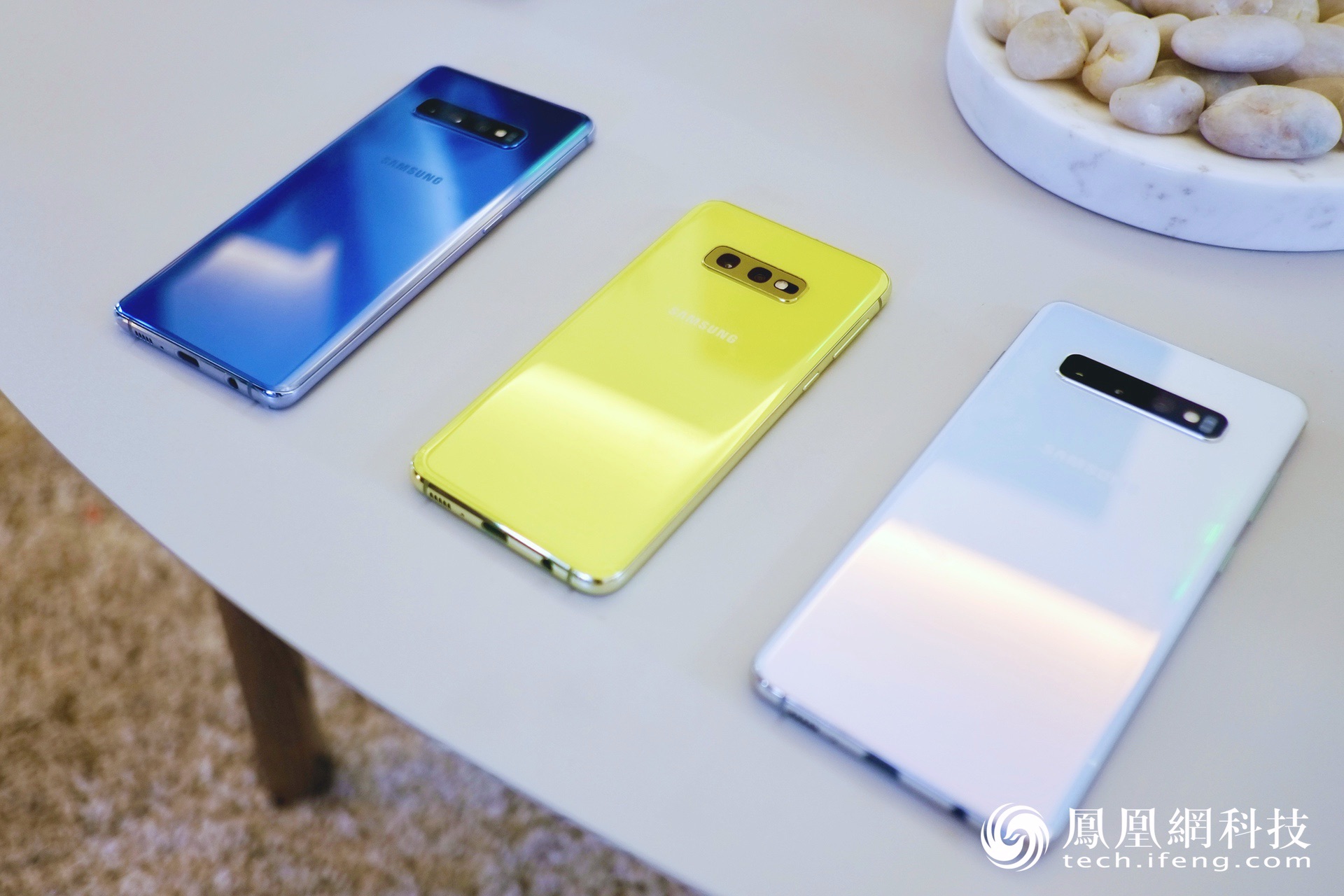 The Body thickness of Galaxy S10 is 7.8mm, Weight 157g, 6.1-inch double-curved boring screen, AMOLED material 19:9 Proportional by a resolution of 3040 x 1440 (550ppi).Compared with the two generations of full-visual curved screens, the most intuitive change comes from the forehead part, while the chin is further narrowed, and the upper and lower ends remain symmetrical. 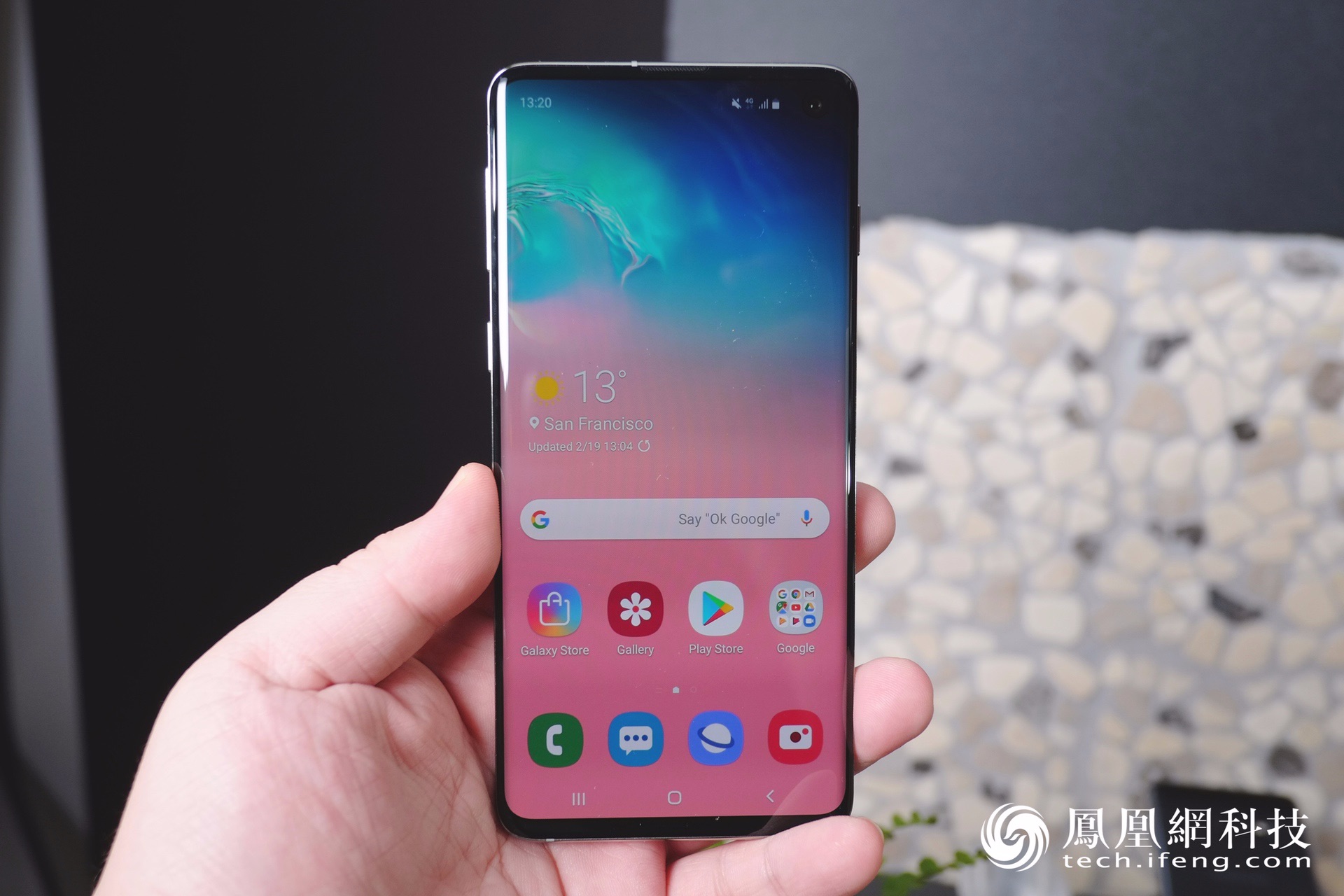 The top micro-slit earpiece, the front lens is boring, located in the upper right corner of the screen, the status bar icon is squeezed to the left. Among the many quasi-full screen solutions, the S10 series chose Infinity-O.

It is worth mentioning that Samsung uses the new pixel arrangement method to support HDR10+ display technology, which is officially called the next generation screen, which improves color accuracy and outdoor readability. 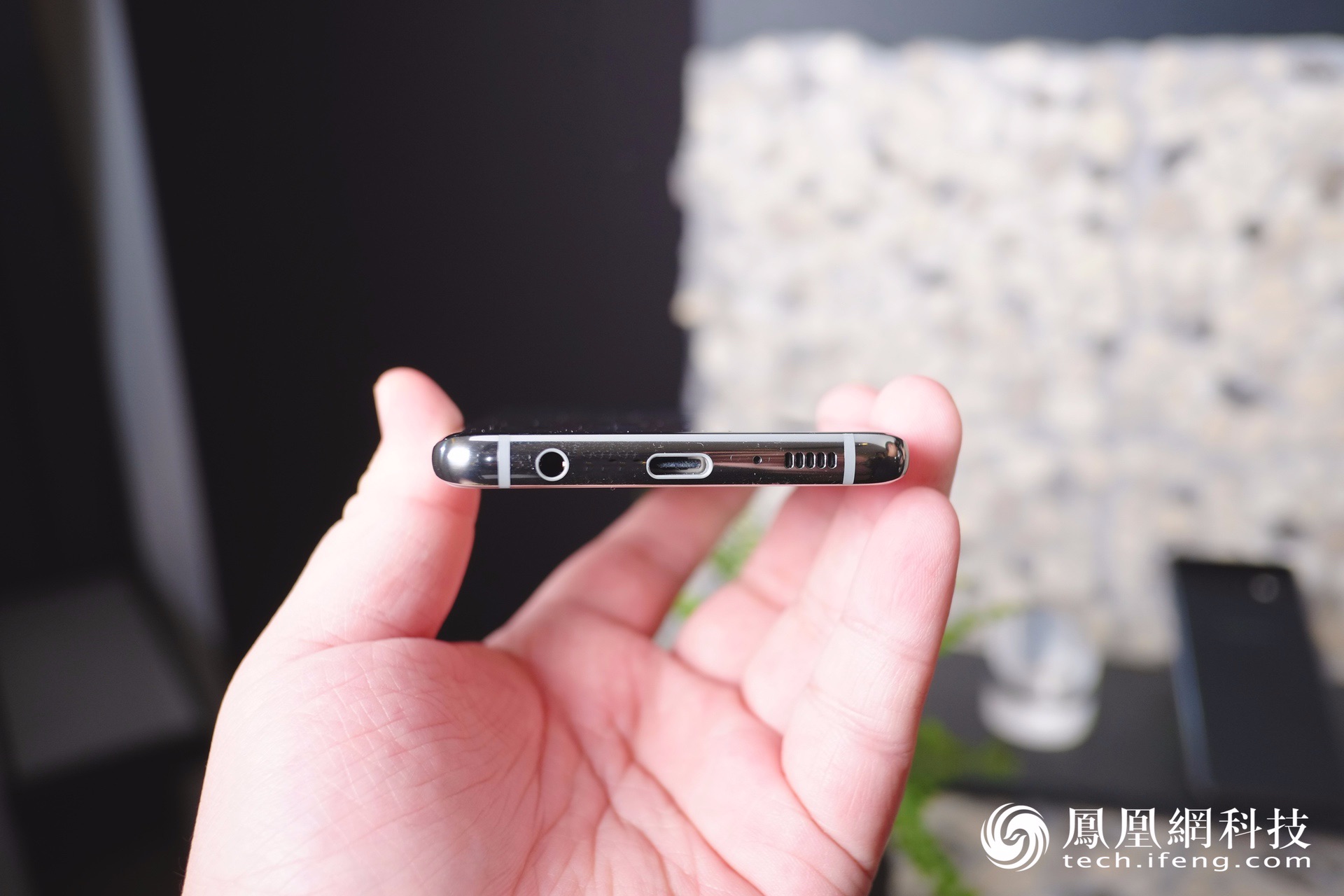 The fuselage line is also the S series of iconic positive and negative hyperboloid glass + narrowed middle frame on both sides, the middle frame is polished with metal and is bright silver. The bottom USB-C interface retains a 3.5mm headphone jack and is IP68 rated for protection against dust and water.

The back of the fuselage is available in a variety of colors, the new green looks the most recognizable, and the white is pretty. The lens module is arranged horizontally, and the fingerprint module has one extra wide angle. 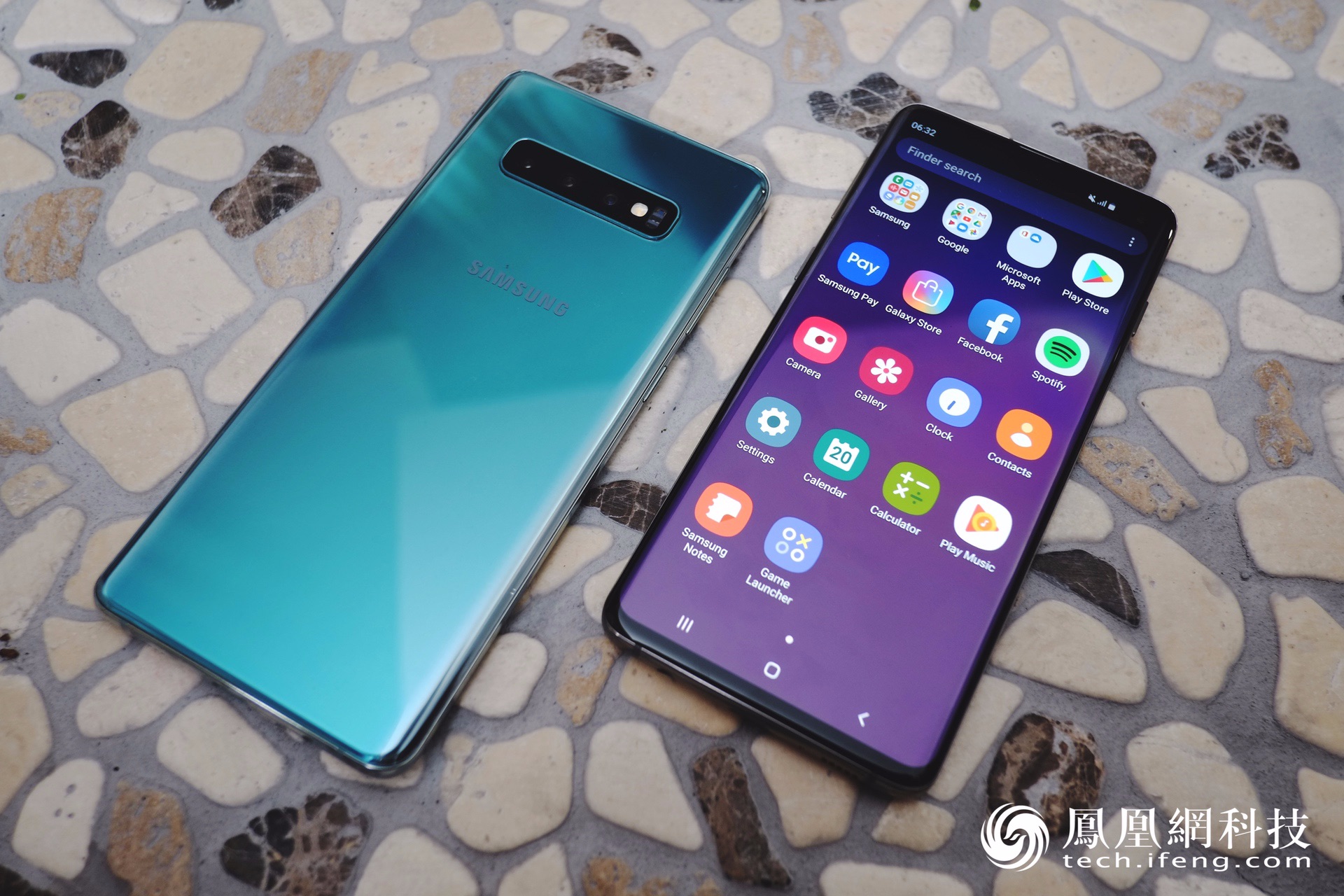 Last year, S9 single-shot S9+ double-shot, this year's S10 and S10+ are all three-camera specifications. About the camera hardware parameters, we put in the S10+ link.

The thickness is 7.8mm, the constant weight is 175g, and the 6.4-inch screen size is the same as that of S10. Since the display area increases, PPI drops to 438, but the naked eye is not noticeable. 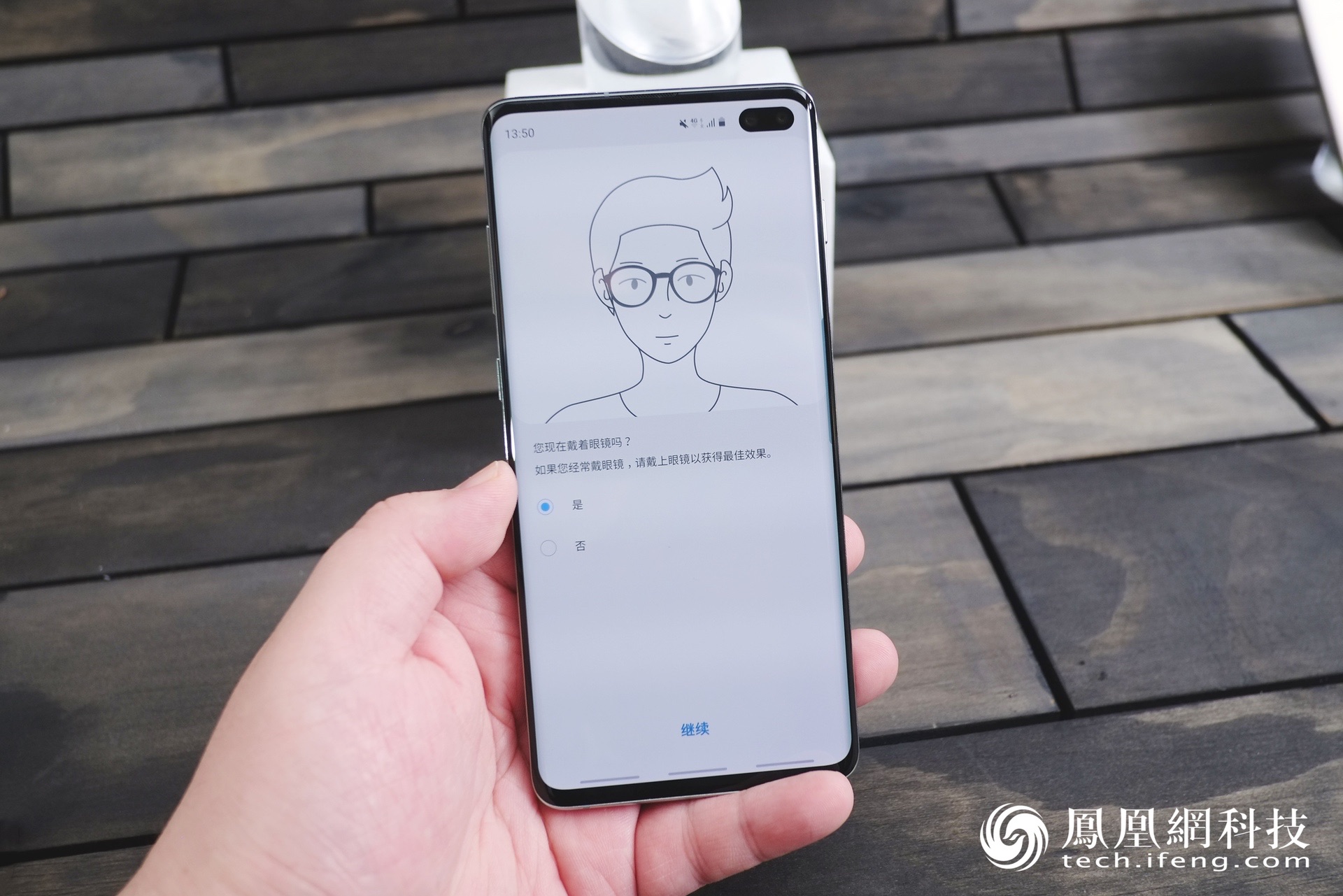 The size of the fuselage is larger than the S10. The most obvious change in appearance is that the front digging hole becomes double-shot. Adding a wide-angle depth lens can be said to be Infinity-OO. The specific parameters are as follows, self-timer main camera with S10:

It is worth mentioning that this is the world's first mobile phone that supports self-timer 4K video, plus fast focus and depth of field and a wide-angle assist, which is very suitable for shooting vlog material. 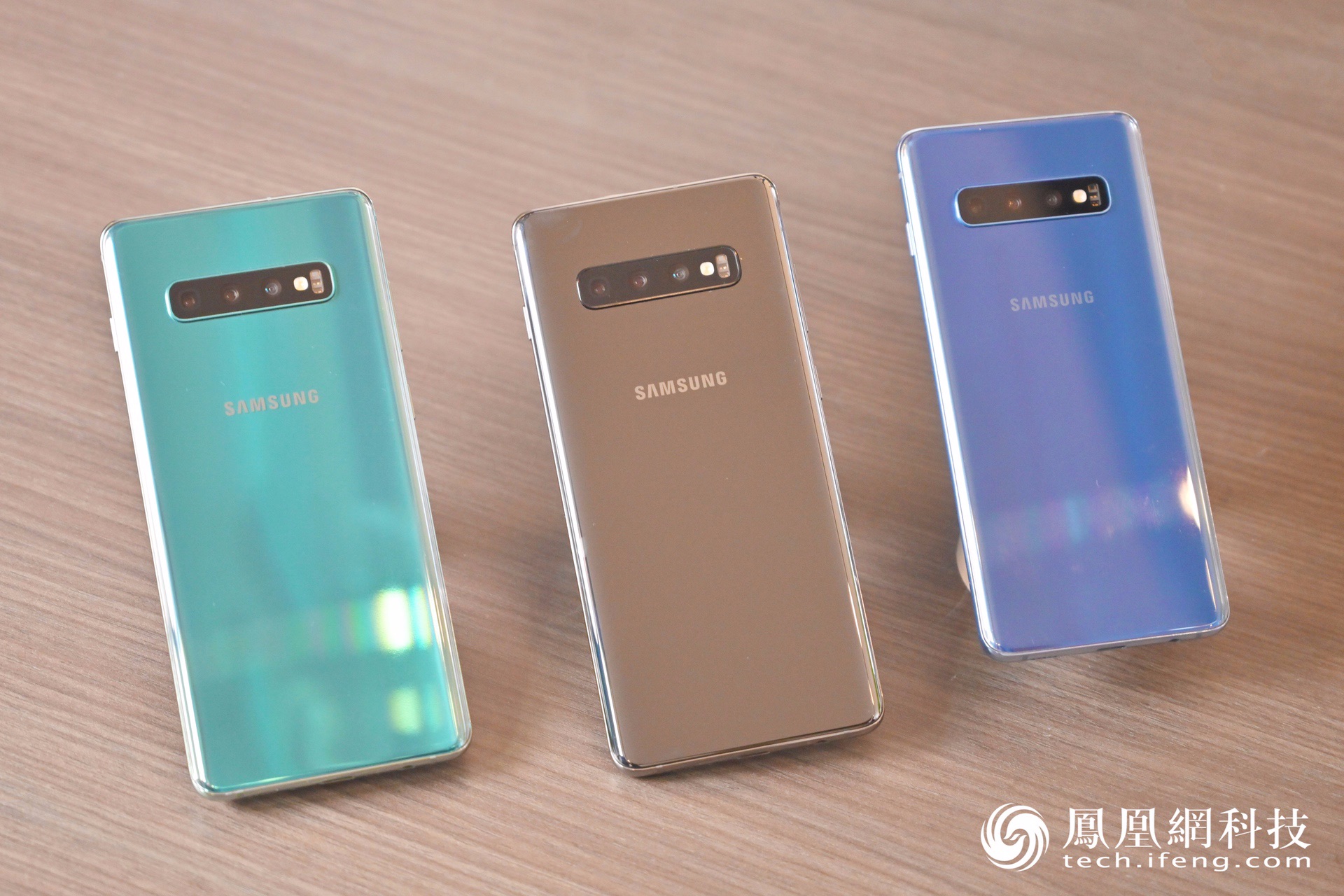 The post-three-shot parameters are as follows, exactly the same as S10:

The telephoto + standard wide-angle is similar to the previous dual-camera scheme, or the ancestral 12-megapixel, officially said that OIS anti-shake has improved.

Supports 0.5X, 2X optical switching zoom, up to 10x digital zoom. The super wide-angle range is larger than Huawei, but the telephoto zoom is not as far as the Huawei 3X. 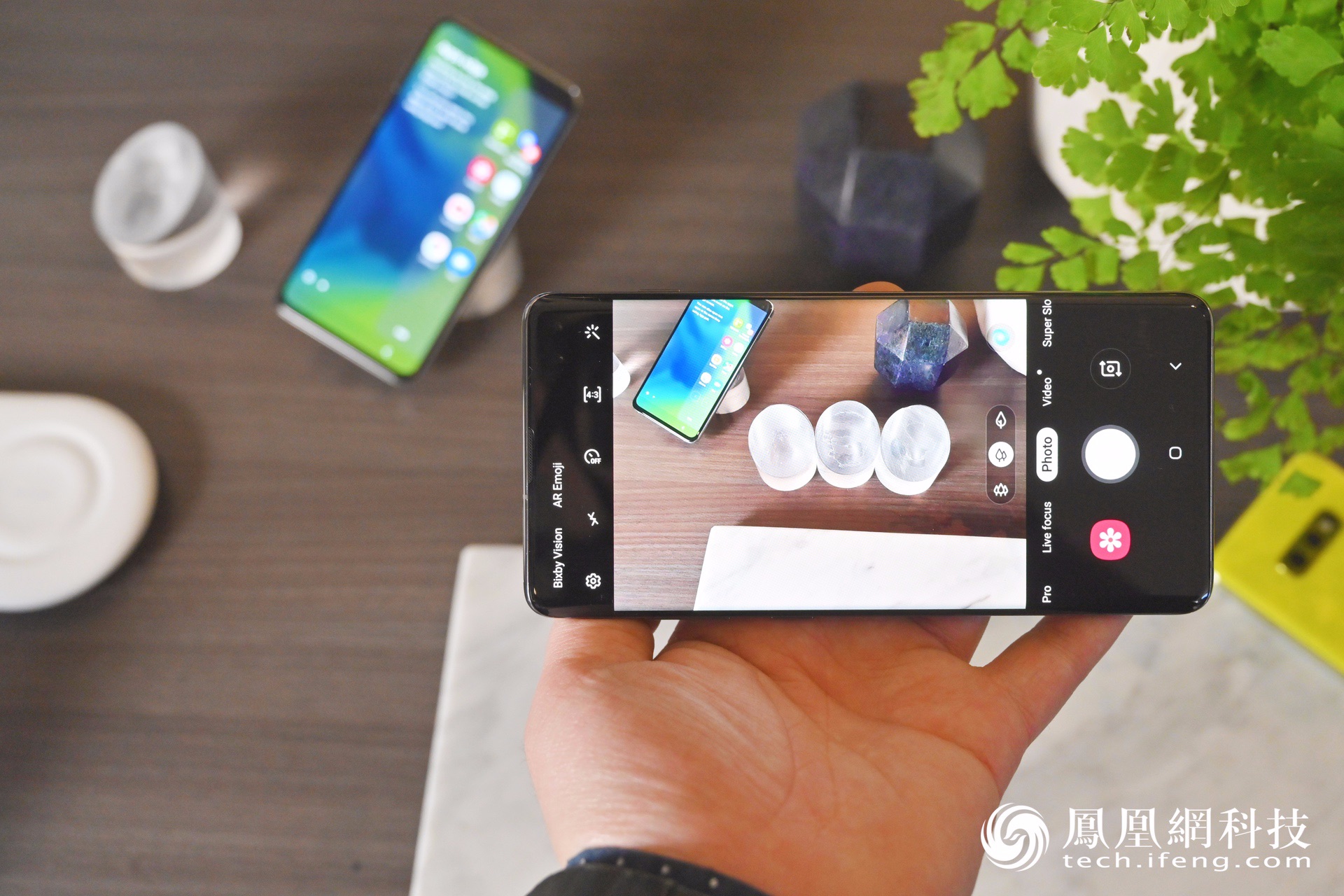 The addition of super wide-angle lenses is also a big trend this year. Huawei Mate 20 series and Xiaomi 9 all use this three-camera combination.So everyone can go all the way.

About the camera before the photo is only preliminary, after the domestic press conference to get the evaluation machine, and then bring a detailed analysis of the sample. You can tell us about the camera comparison model that you want to join and in the Weibo evaluation of Weibo.

In terms of hardware performance, the National Bank version is equipped with a Qualcomm Snapdragon 855 processor. At the current stage, Samsung Millet has a large-scale delivery capability. We have just measured the 855 running points on Xiaomi 9 and this part is placed in the S10e session.

S10e looks like the suffix is ​​Youth Edition, but it is still the flagship level of existence, at least the processor is not a problem, the screen fingerprints are also there, of course, in some aspects have been reduced. 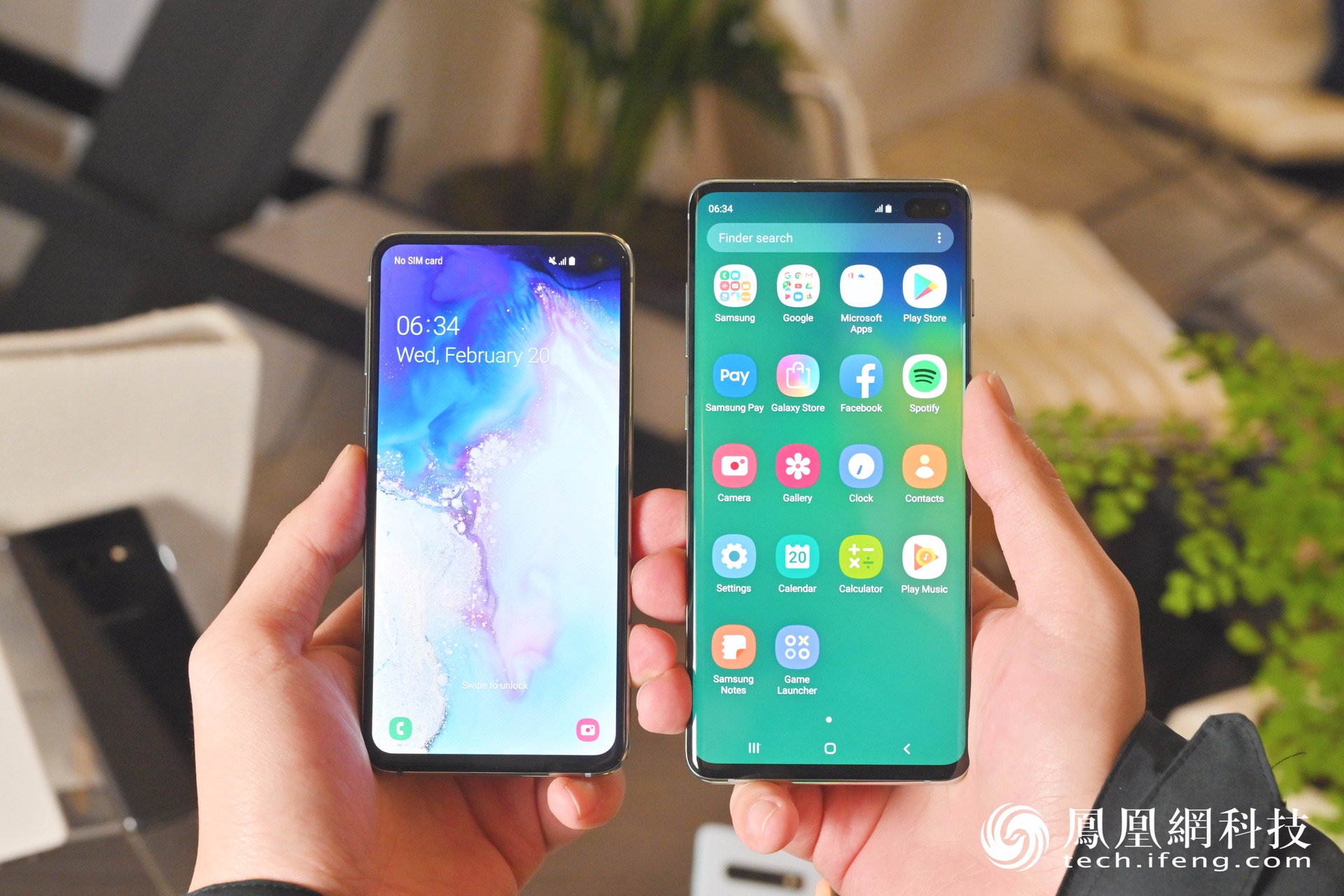 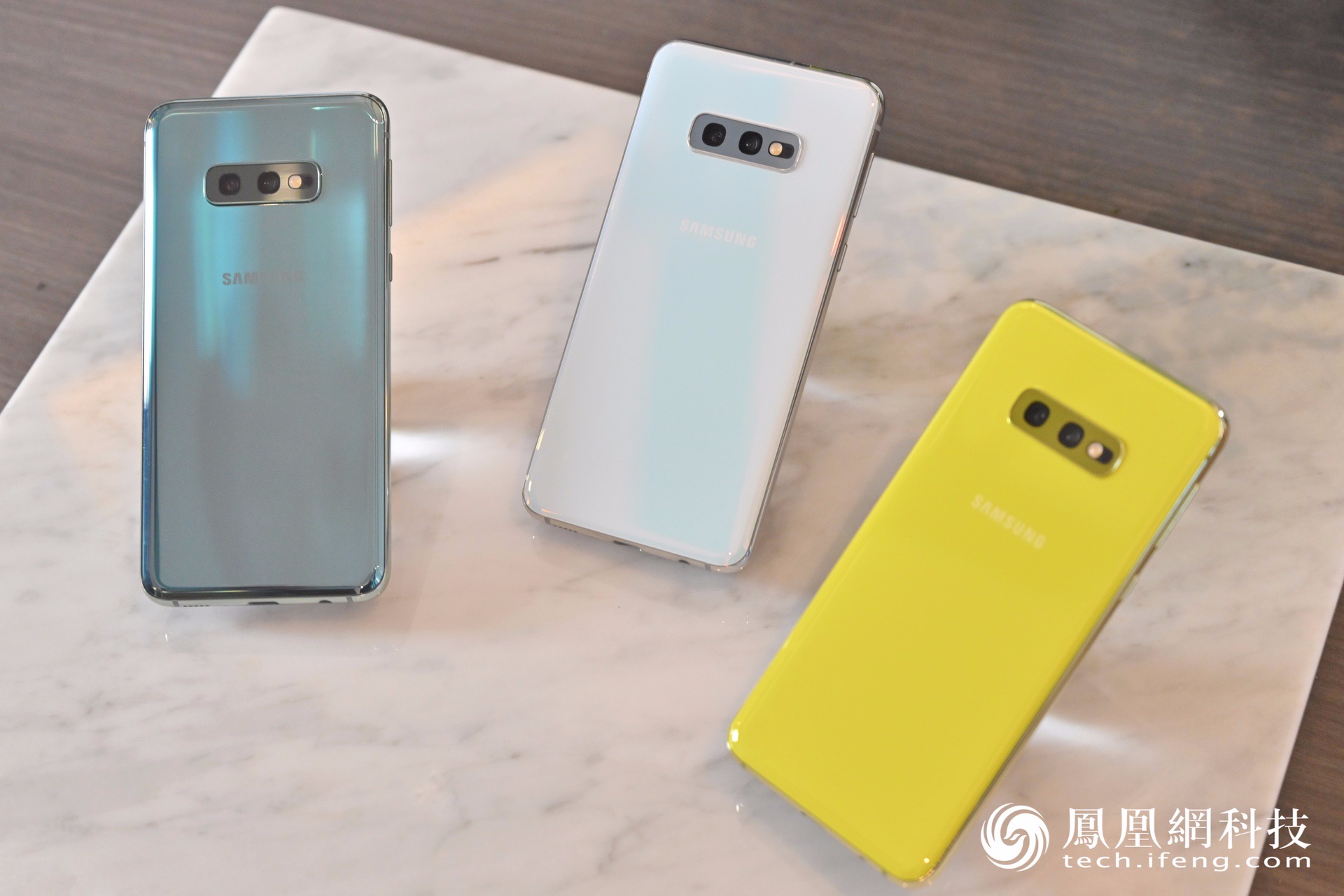 The thickness of Galaxy S10e is 7.9mm Weight 150g, 5.8-inch non-hyperbolic full screen, 1080P resolution 522 PPI. The fuselage returned to the original S6, S7 gives the feeling of round fat, the feel is the most comfortable of the three. The color matching is a bright yellow, which is the kind of Note 9 S Pen.

The S10e is rear-mounted with a telephoto lens. With a side capacitive fingerprinting scheme, the battery is only 3100 mAh. These “shrinkage” points are more influential to the experience.

S10 battery capacity 3400mAh, only a little bigger than S10e, S10+ is more powerful, 4100mAh large battery. All three models support faster wireless charging and can be reverse-discharged to other devices, such as the wireless charging Bluetooth headset that was introduced this time. 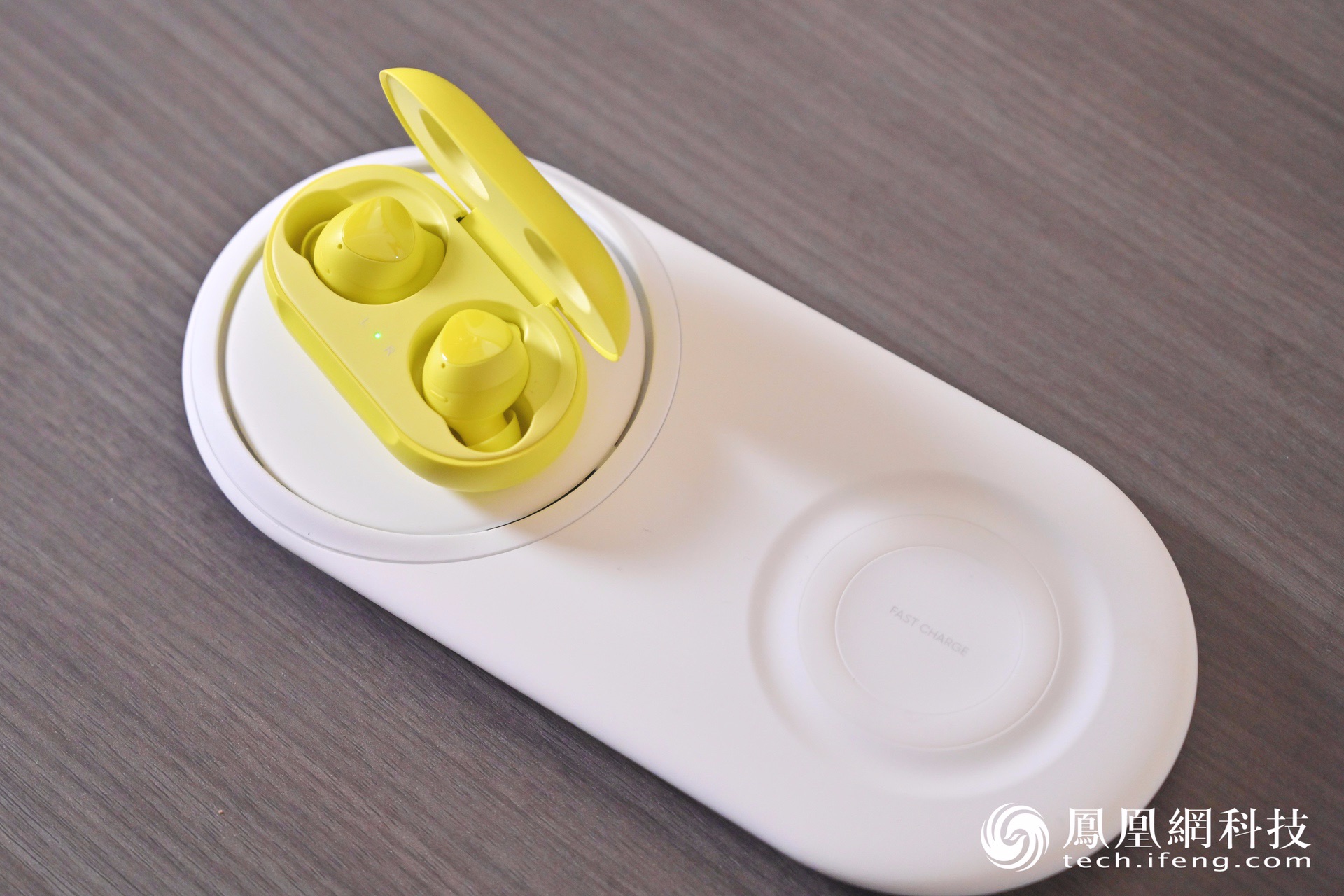 The above is the initial experience of the three models of the Samsung Galaxy S10 series. The foreign price has been announced at the just-concluded global conference. The domestic press conference and the release will follow closely. It is expected that the first wave of buyers will be in early March roger that. 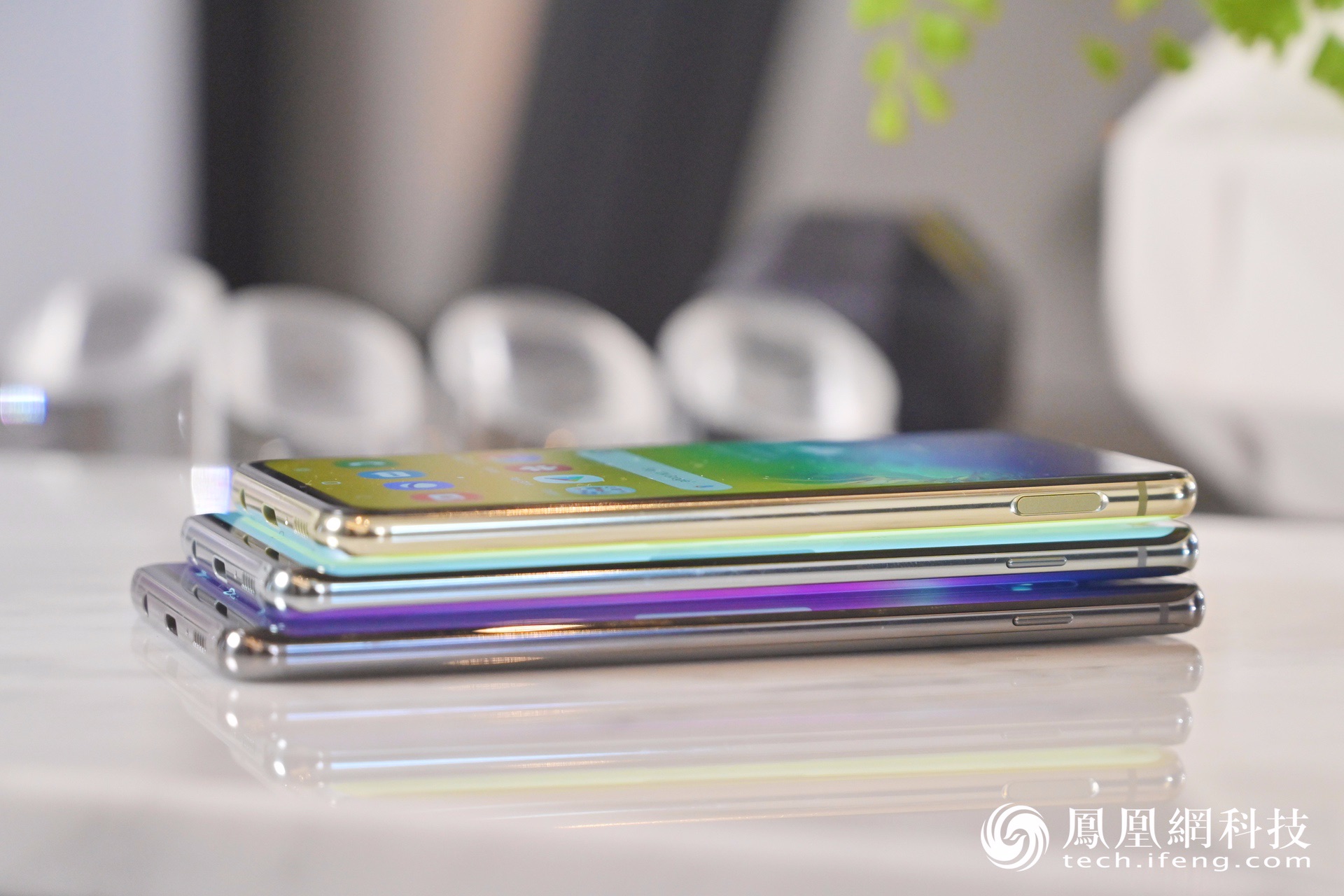 Last year, I preferred the S9+ dual camera. I think the S10 is more suitable in the case of three photos this year. If you have long battery life, you can choose S10+. As for the price of S10e, it will be relatively lower, but it will be more competitive with the same price model.

Note: I got a helping hand behind this content, really appreciating Tech DIm impressive works.