In the development of smartphones in past two years, due to the homogenization of hardware configuration, mobile phone manufacturers are more focused on increasing and improving the distinct characteristics of mobile phone functions, and the facilities that are most easily perceived by users are the screen and taking pictures.

Therefore, in the past two years, we have seen that many smartphones have begun to use the common and easy-to-see configurations or functions of screens and cameras as a selling point, trying to differentiate themselves from competitors through implementing different designs and configurations.

The main meaning  behind these new technologies and even radical technology like "Touch Screen", "multi-camera", "screen fingerprint", etc.is only one –“I can do better than friends.” 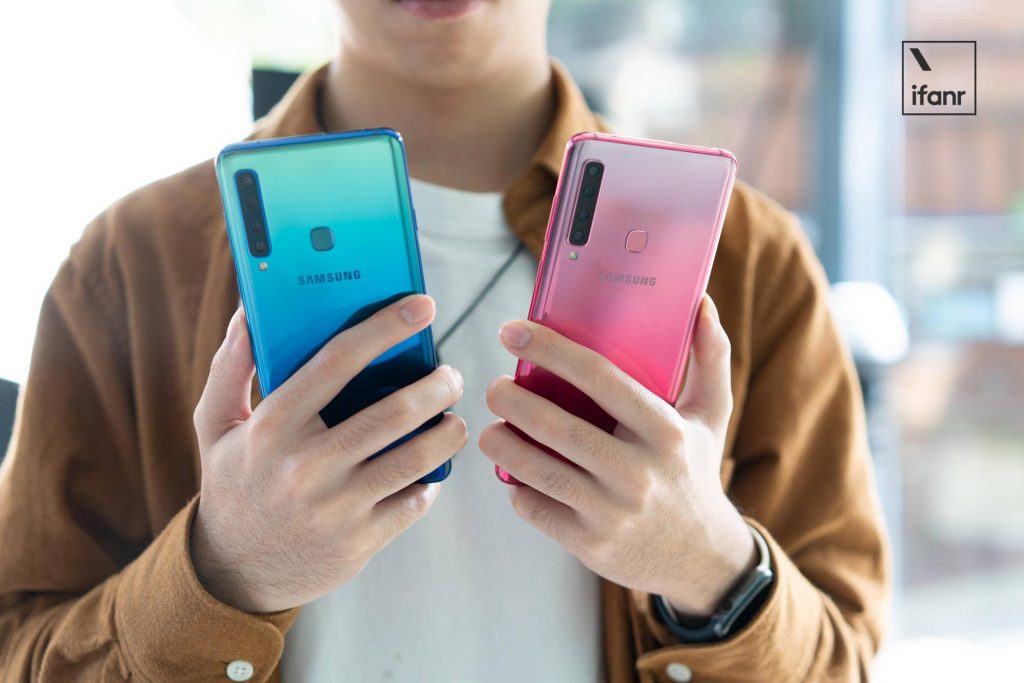 At the recent Xi'an conference, Samsung launched its first four-camera phone Galaxy A9s. According to Samsung's current update strategy, the new technology will be first used in the A series of high-end products, and then these new technologies will be gathered in the flagship.

So, either this phone might be an attempt for the multi-camera algorithmby Samsung or it may be paving the way for the new flagship next year.

But whatever the outcome will be, for now, we recently got the Galaxy A9s. How is this mobile experience? Is it really easy to use four cameras? Keeping these questions in mind, today, we wish to take a look at the real machine. 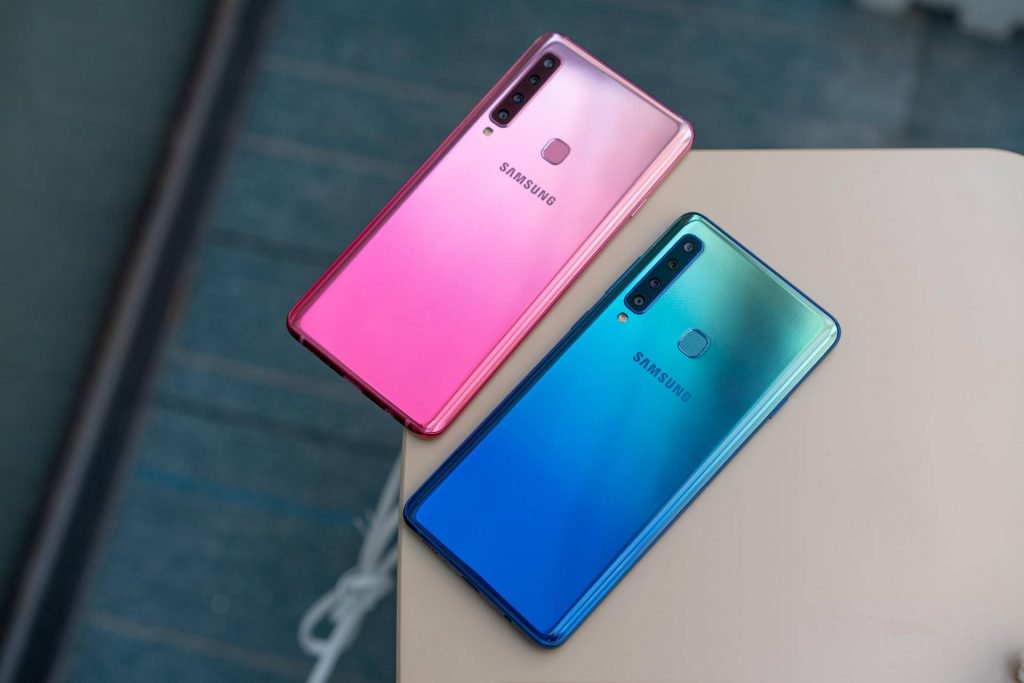 The Galaxy A9s has a 6.3-inch Super AMOLED screen, which is different from the S and Note series of "Full-view curved screens". The front glass of the A9s is only 2.5D radians but still maintains a narrow bezel design, the top, and the bottom part is preserved. The front is kept simple, straightforward and not in some special design. 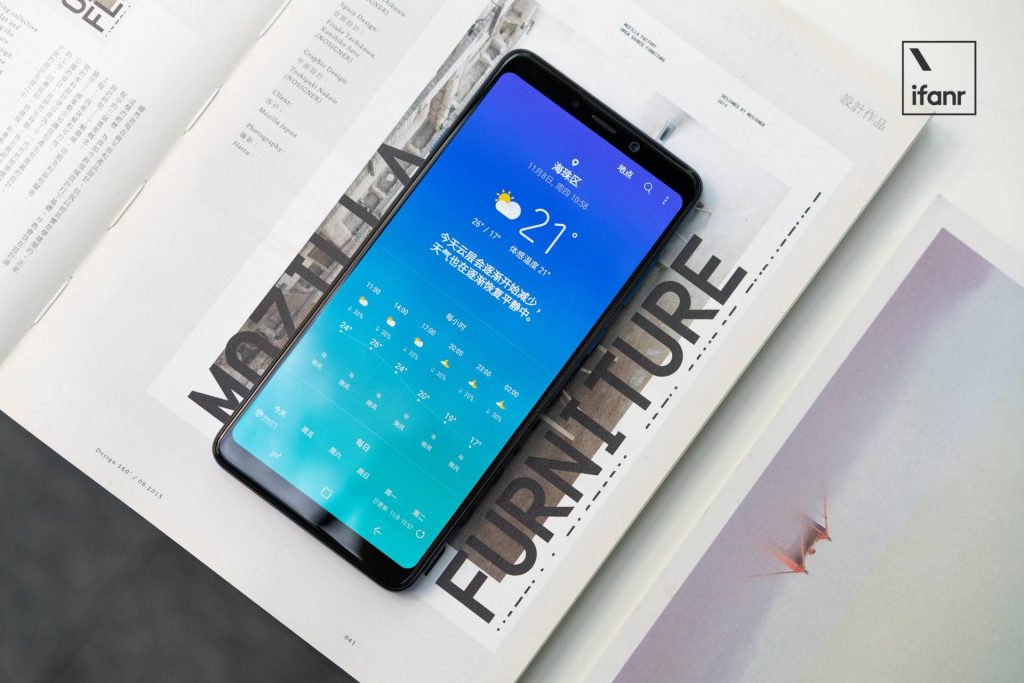 The screen resolution is 2220 x 1080 (FHD+), which supports AOD display as well as other Samsung SA mobile phones. The navigation keys are also used in the system display mode. 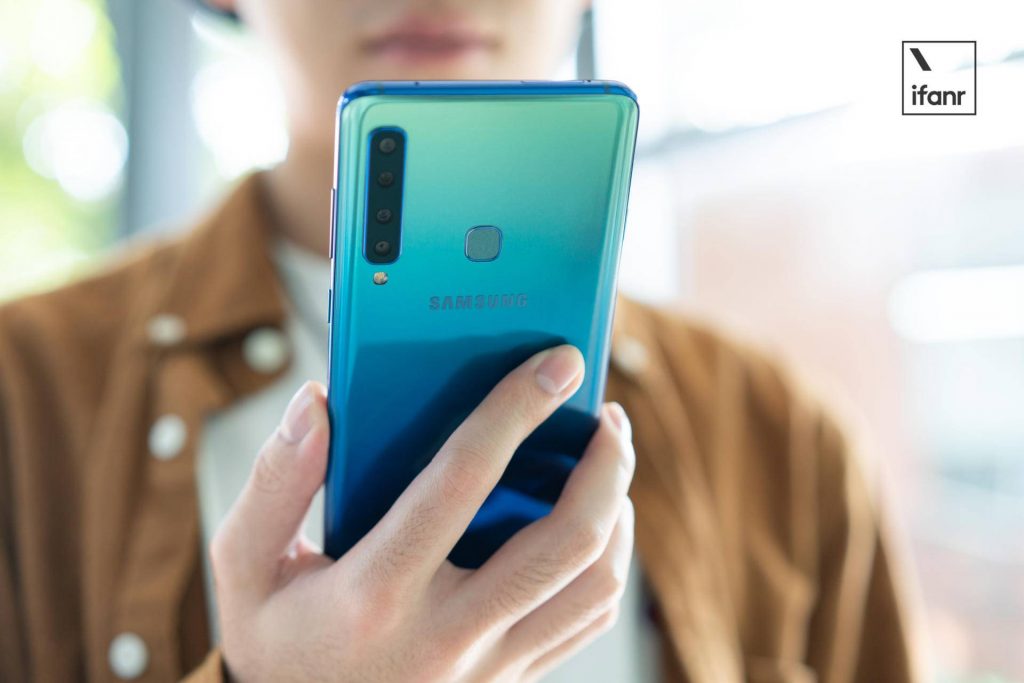 Unlike the front, the 3D glass case on the back is in line with the flagship model. The right curve with the middle frame provides a very good grip. A capacitive fingerprint recognition module is placed at the center of the back. The index finger can be easily accessed when the hand is held, and the screen can be directly unlocked. 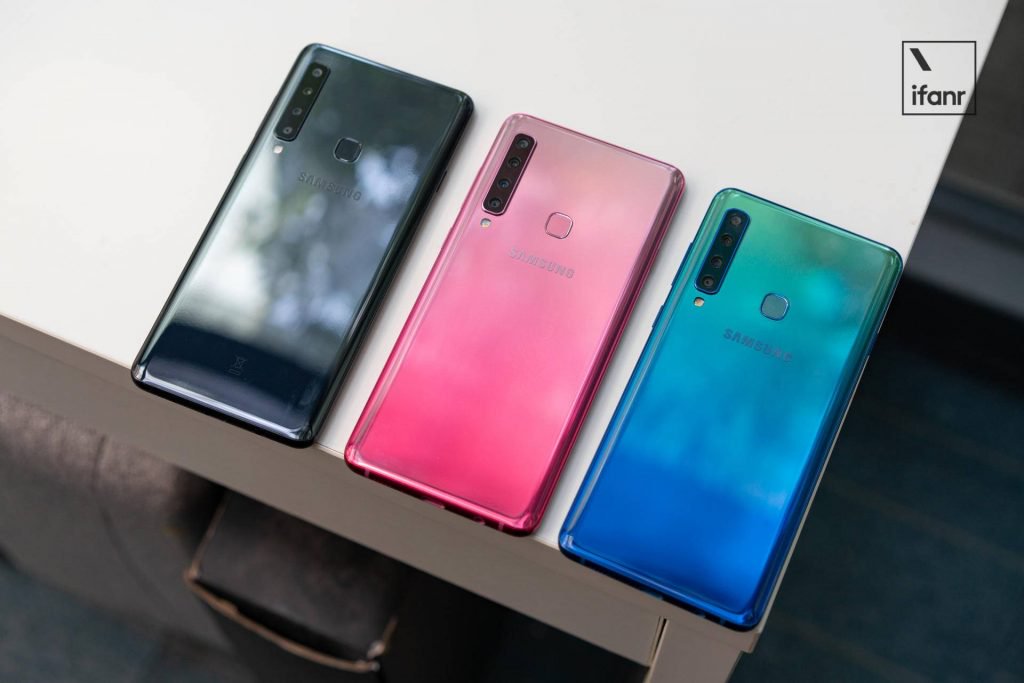 Although the processing of the glass body is already Samsung's masterpiece, this machine is mainly made aiming at younger audiences. Therefore, Samsung has added a "gradient color" design to match the color of the machine, namely "Lemon Blue" and "Bubble powder."

Of course, if you want to remain simple, you can still choose a non-gradient black model. 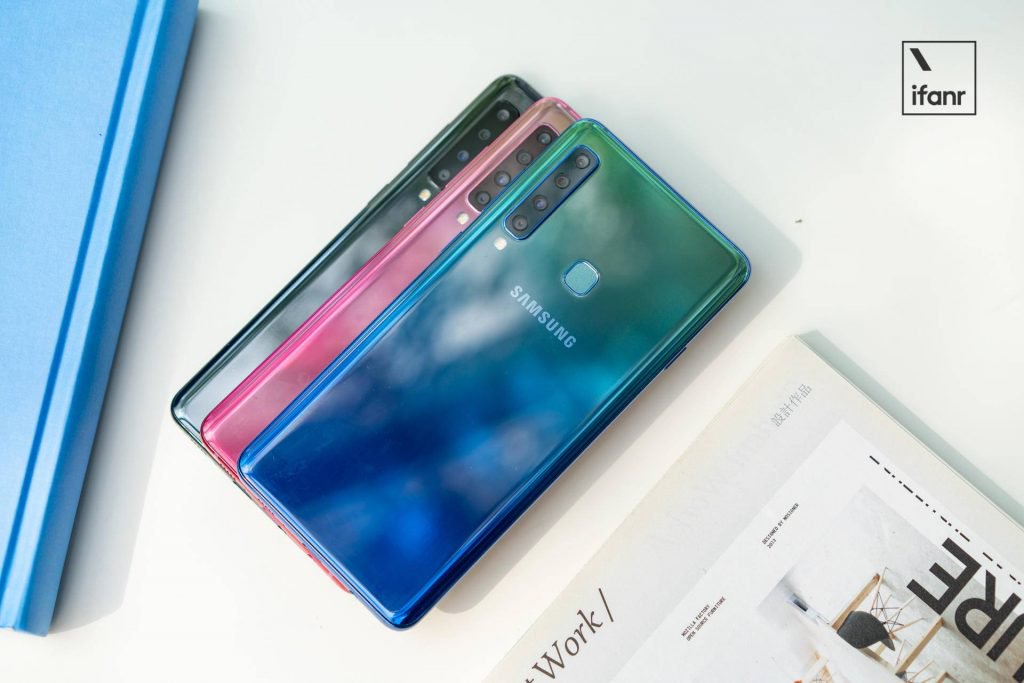 The most attractive thing on the upper left corner of the back of the phone is the "vertical four-camera" which is slightly higher than the back glass, surrounded by a metal frame and a flash below.

In addition, since the four cameras are separated from the fingerprint area by a distance, one doesn't have to worry about the camera when touching blindly. However, when lying on the table, the phone will inevitably appear uneven.

As for the performance of these four cameras, we will elaborate on them below. 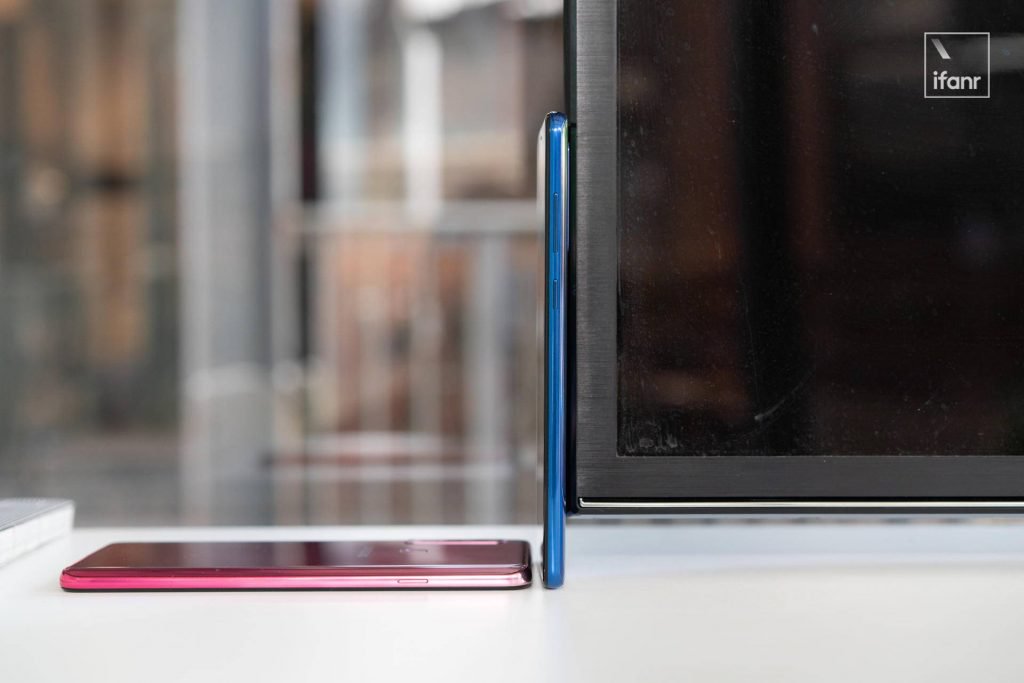 The metal frame on the side of the body has a matte finished design that maintains the same color as the back. The middle and back of the bubble powder maintain the same gradual transition.

The power button and volume button are placed on the right side of the phone, and a separate Bixby voice assistant button is placed on the left side. 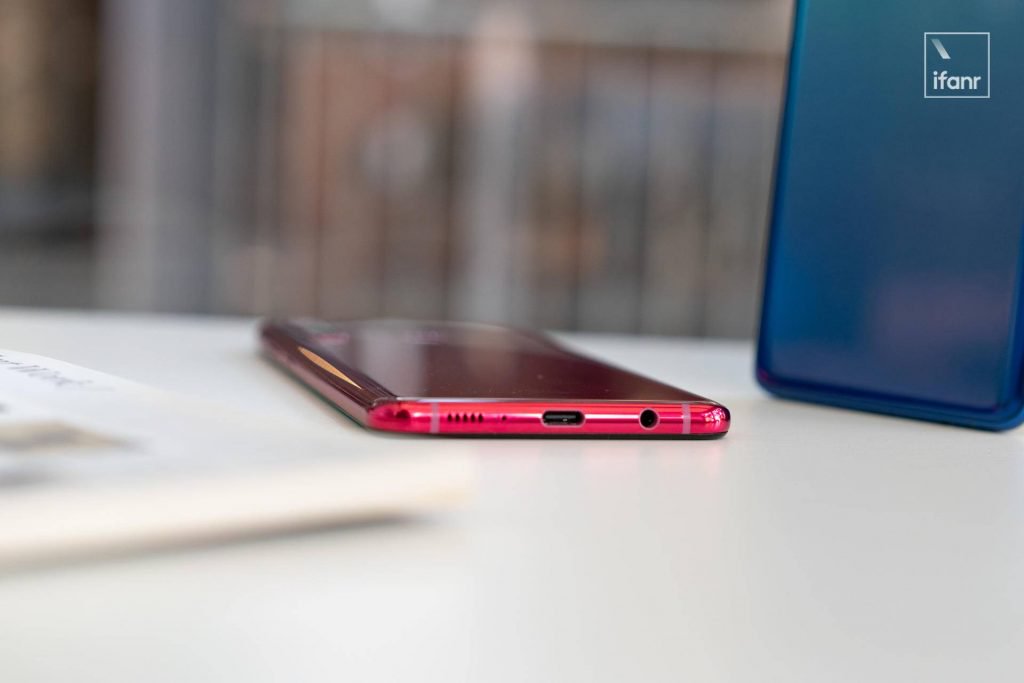 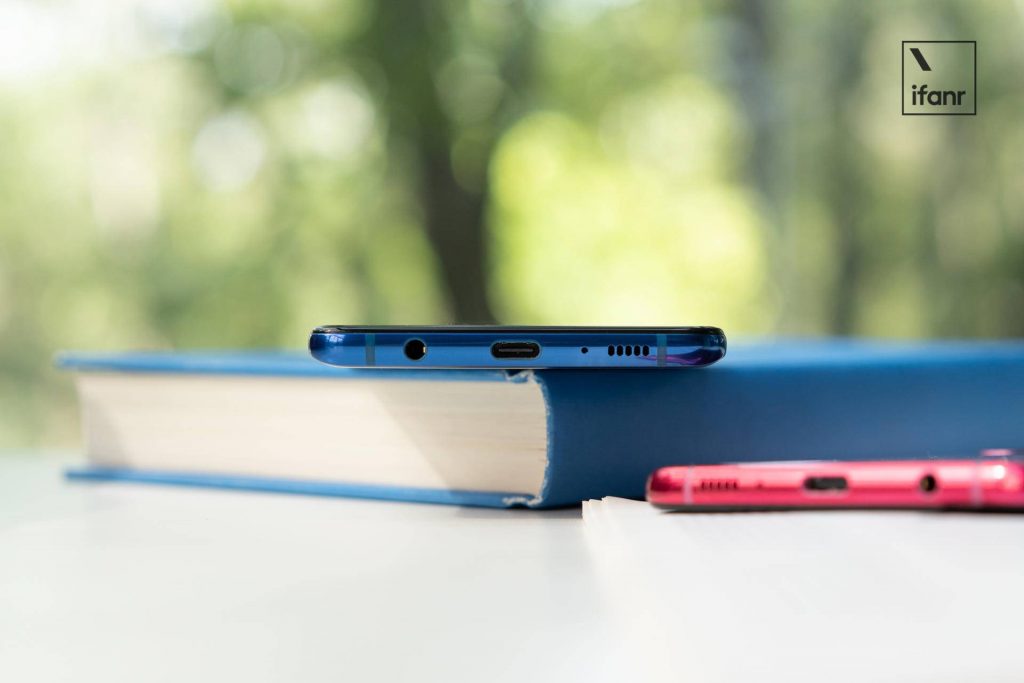 The bottom of the phone is equipped with a USB Type-C data interface, the speaker is located on both sides, and the Nano-injection antennas are distributed on both the bottom and top of the phone. The rarer thing is that the machine still retains the 3.5mm headphone jack. 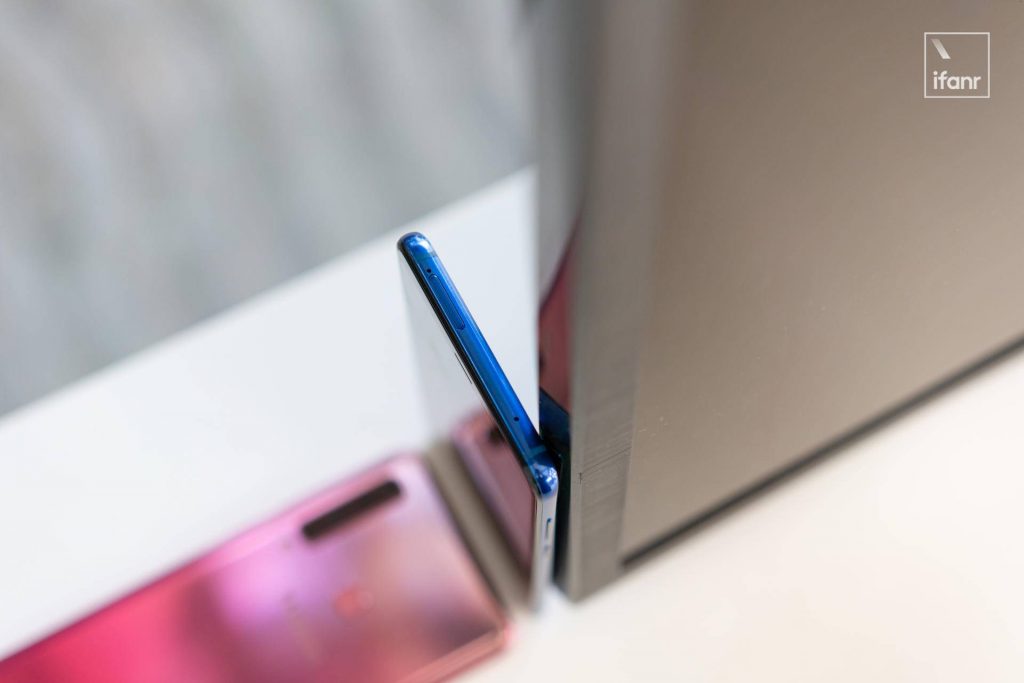 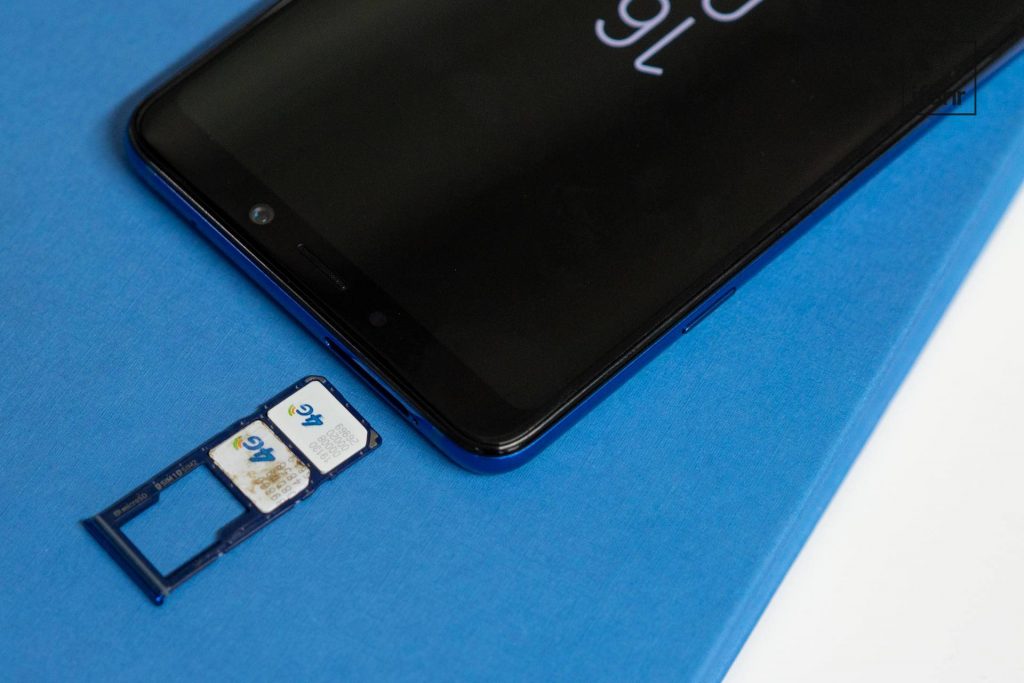 The Use of Four Cameras

After the popularity of the full screen, we can probably predict that the focus is likely to be on mobile phone photography.

As consumers' demand for the hand-to-hand shooting has increased dramatically, camera functions have become the focus of competition. 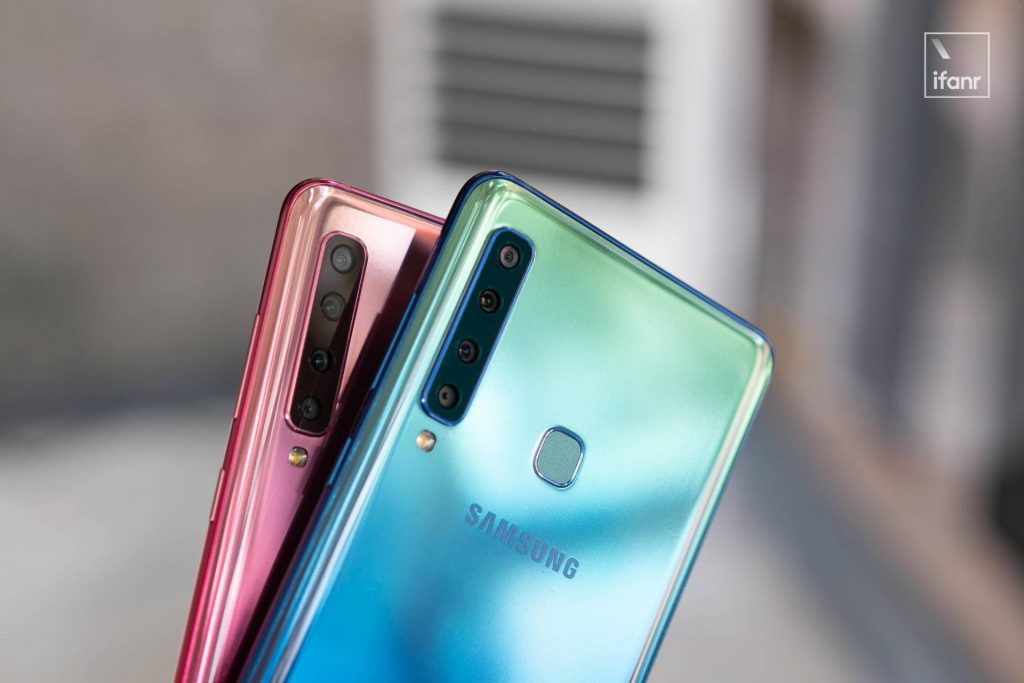 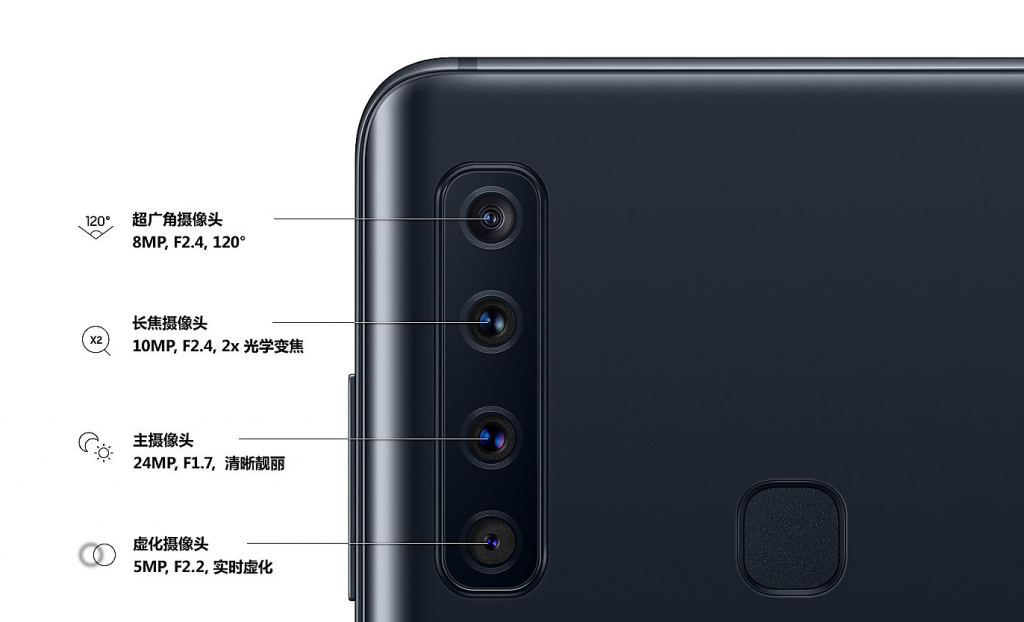 Let’s take a look at the capabilities of the four cameras from top to bottom: 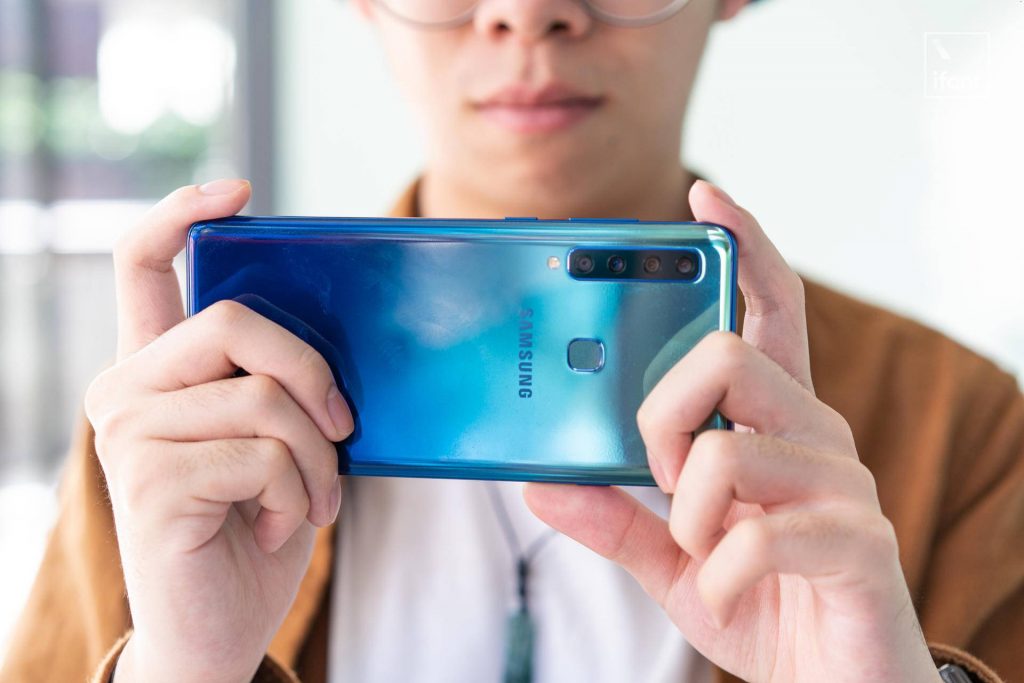 In short, the four cameras of the Samsung Galaxy A9s are based on the original wide-angle plus telephoto tradition, introducing two cameras with "super wide angle" and "depth of field".

The purpose of adding a camera is also very simple and straightforward, which is to increase the image quality and bring more different photo gameplay. 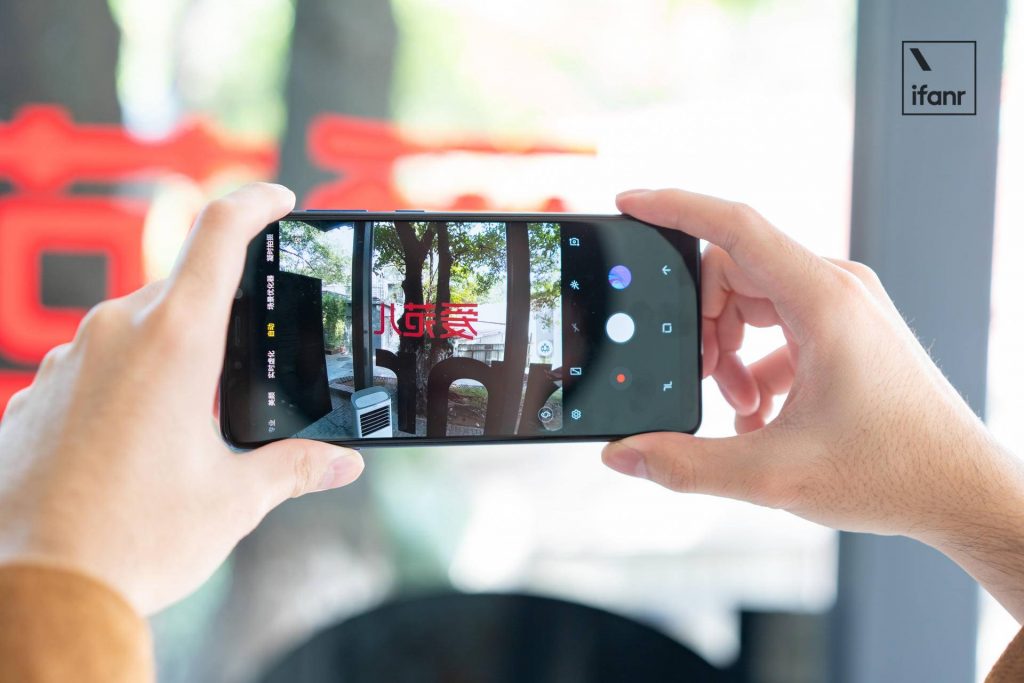 With the support of three cameras: wide-angle, super wide-angle and telephoto, the A9s can get three different viewing angles: 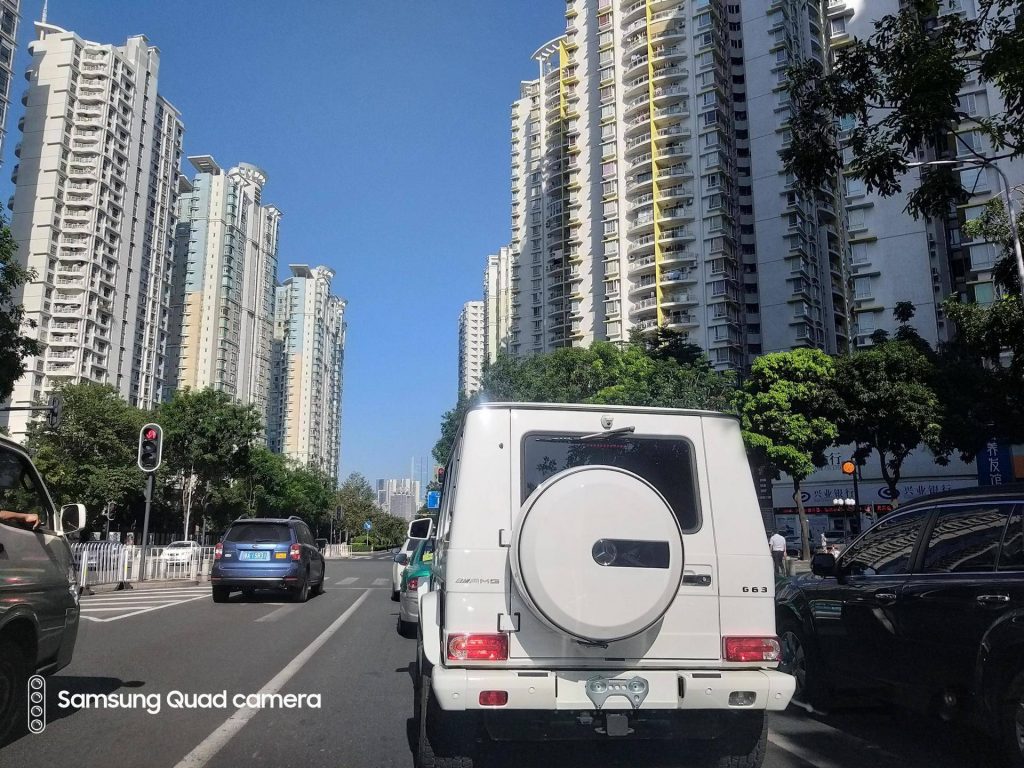 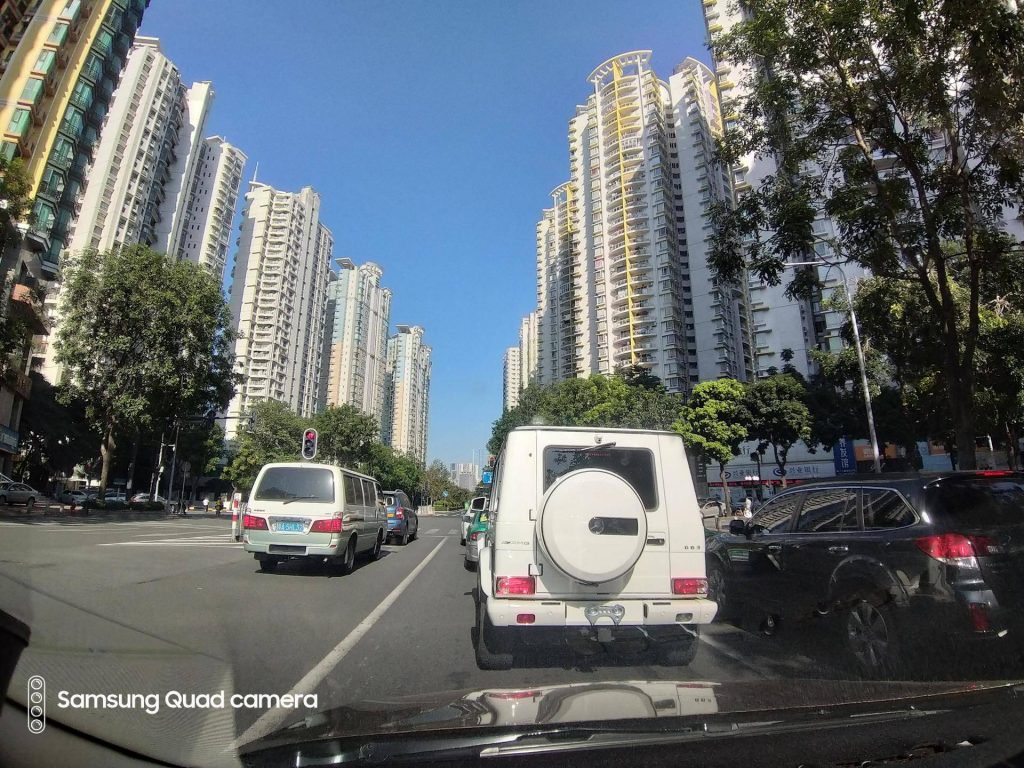 Shooting with a Telephoto Camera 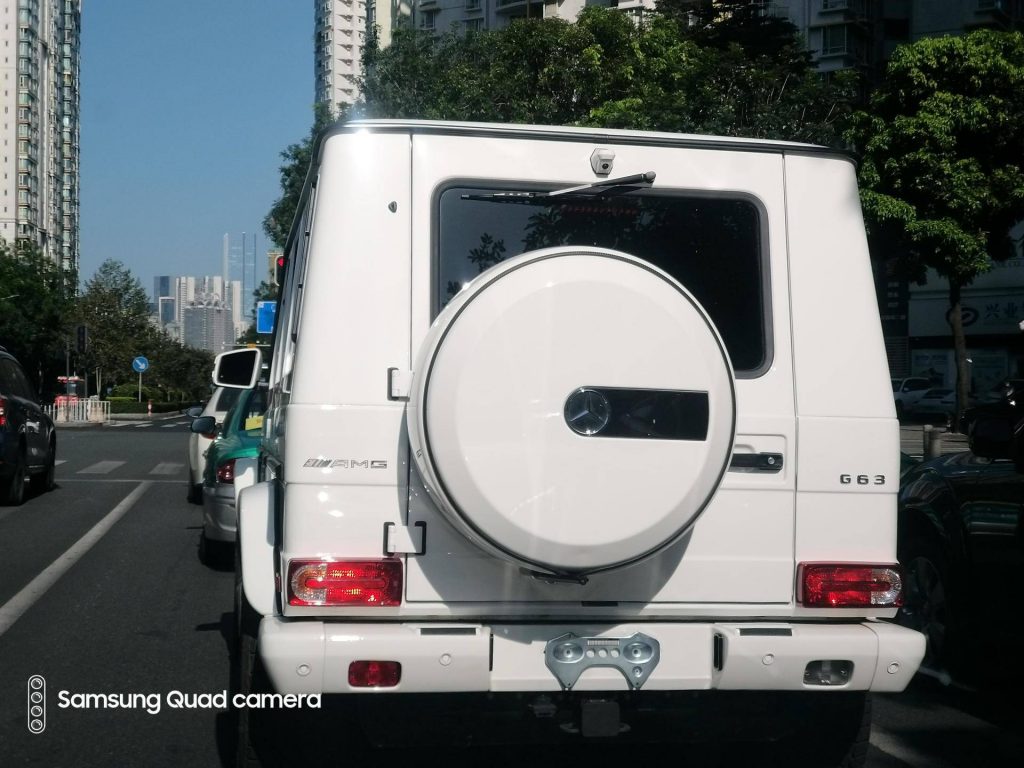 When we wanted to take landscape photos in the past, even if we kept going back to get the whole, it was still difficult to see what we saw in the camera viewfinder. 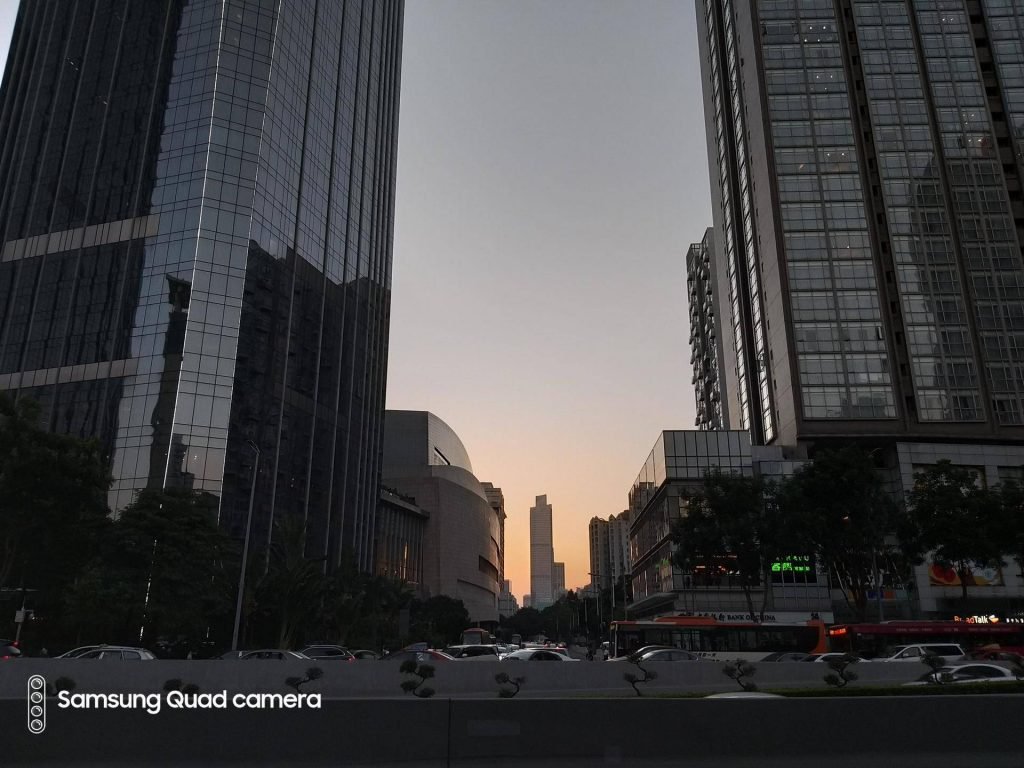 But, now with the "super wide-angle lens", we can easily shoot the picture. 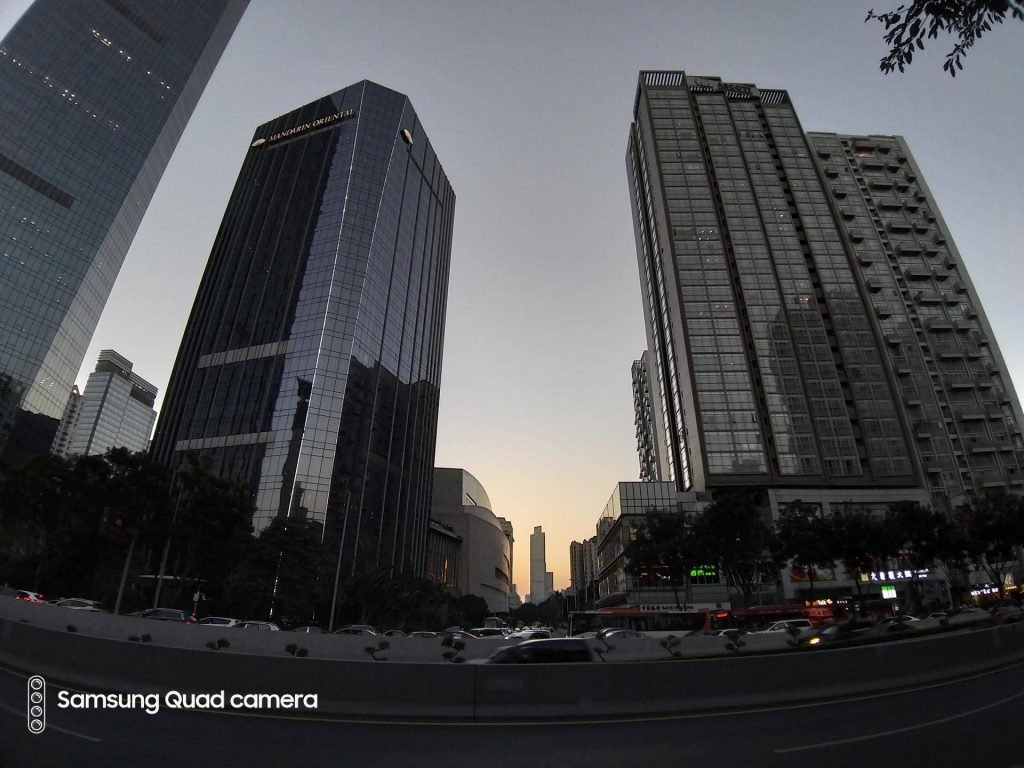 Compared with panoramic shooting, super wide-angle shooting is a lot easier to shoot, and the resulting photos are easier to view and share, which is also more visually impactful. Of course, if we want to take a large landscape, we still need to use the panning panorama. After all, the super wide-angle viewing range is still limited. 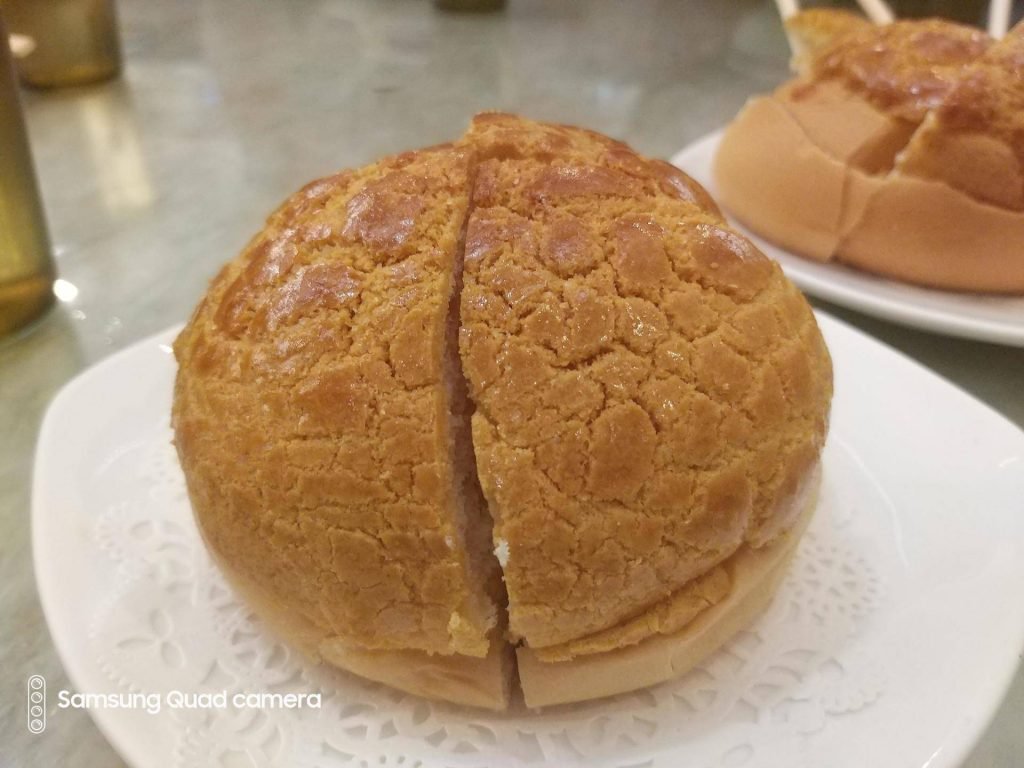 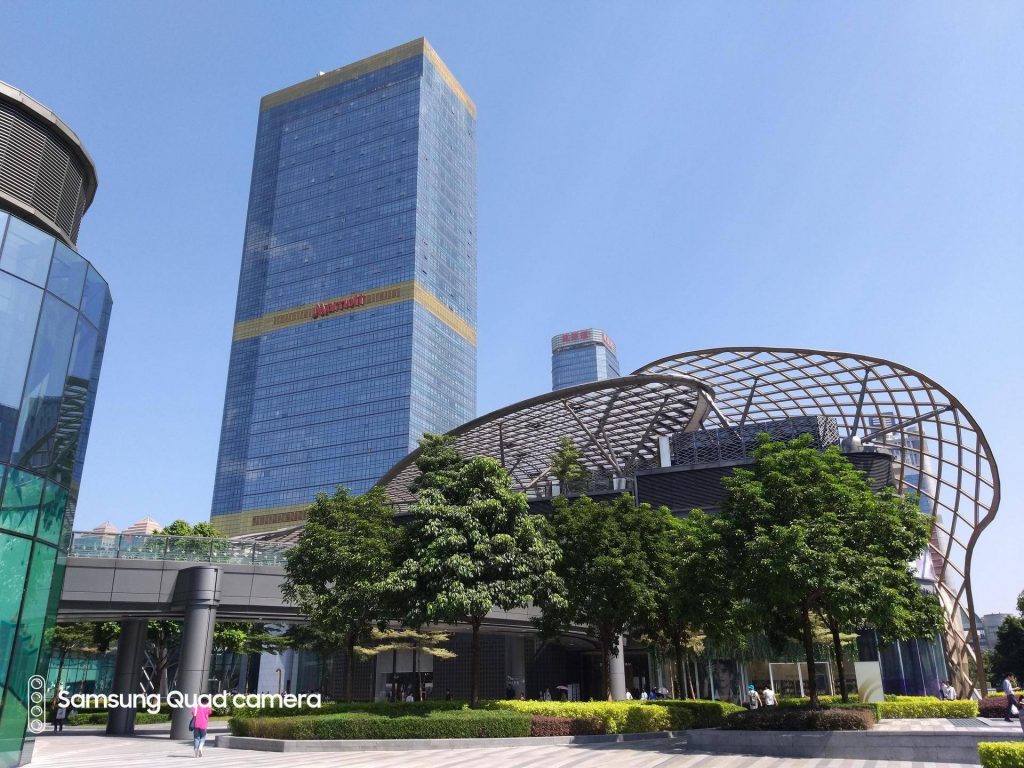 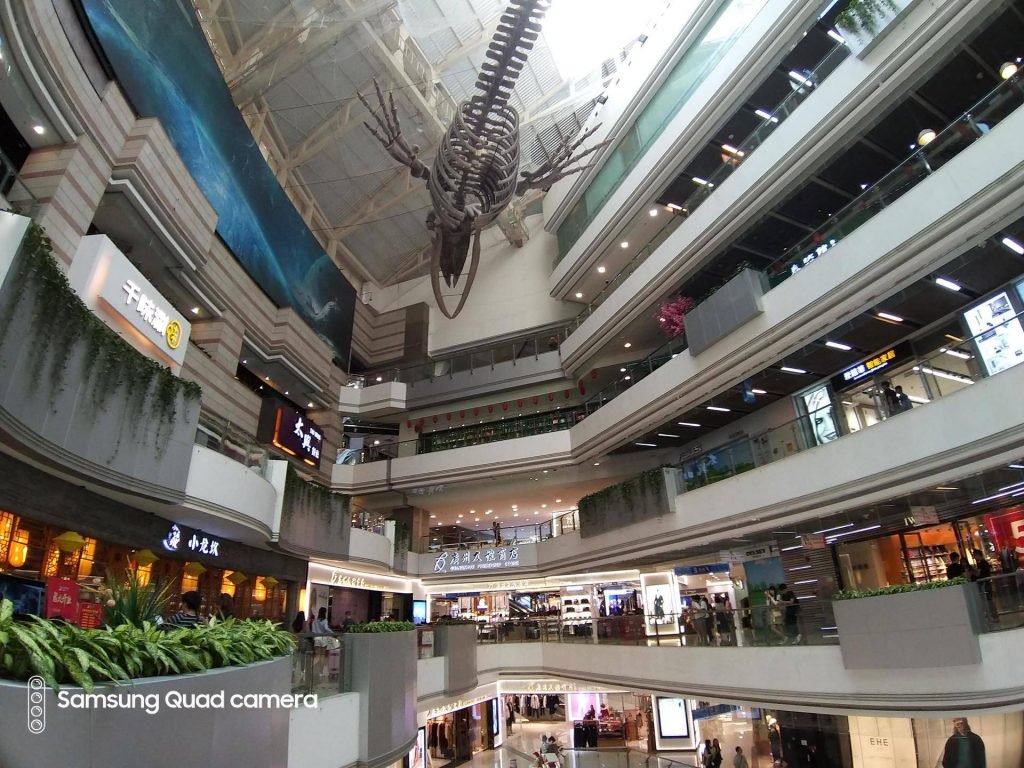 In terms of configuration, the Samsung Galaxy A9s, which is positioned at the mid-range, is equipped with the Qualcomm Snapdragon 660 processor. This processor is not unknown to us. It is the processor used by many mid-range models.

At the same time, the machine is equipped with 6GB storage and 128GB storage, plus can be expanded by TF card, and finally constitutes the standard "utility" configuration. 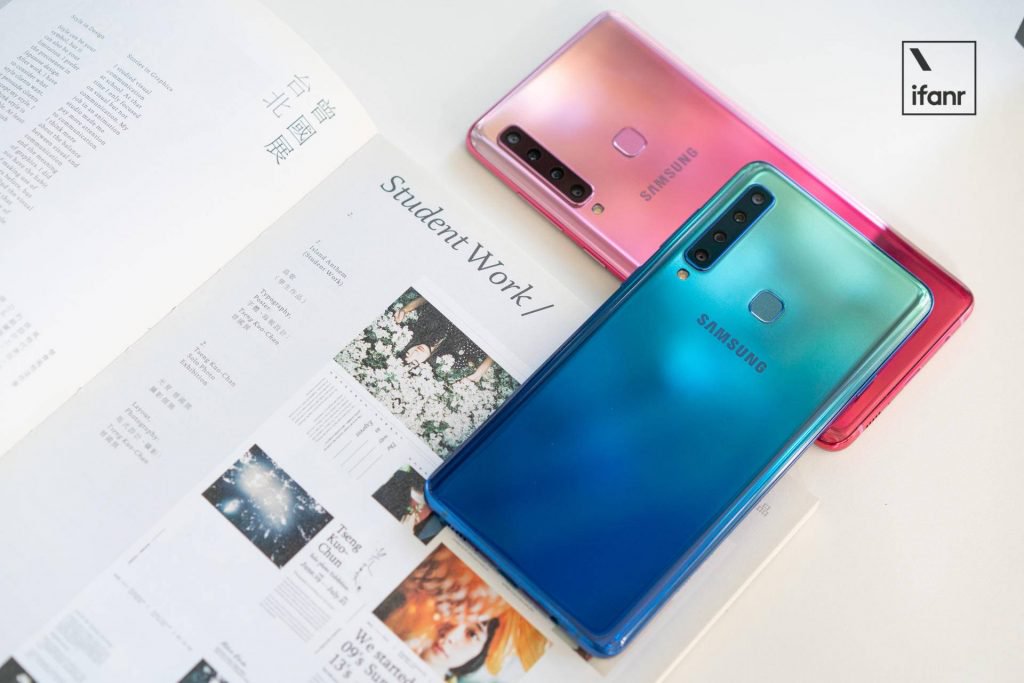 Through the monitoring of Game bench, the Samsung Galaxy A9s has an average frame rate of 60 fps and a frame rate stability of 97% when running King Glory. In terms of the previous running scores and game performance, the performance is not bad. 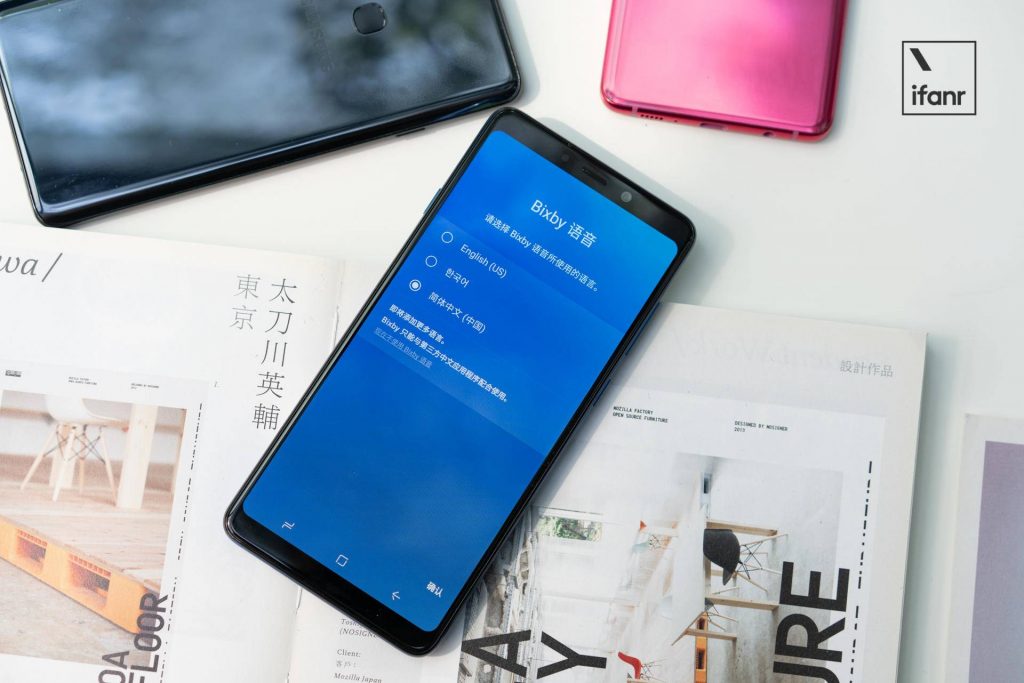 The basic function of this machine is almost same as other Samsung mobile phones currently on sale, but it is worth mentioning that the machine also enjoys the same treatment as Samsung's flagship model, equipped with Bixby artificial intelligence assistant and corresponding independent button. 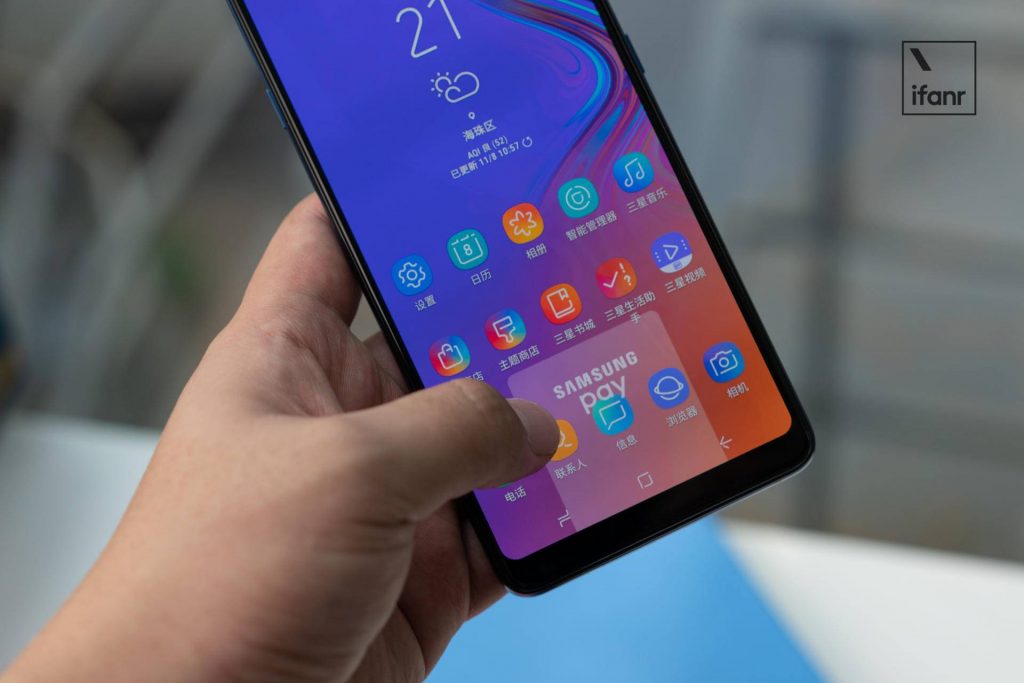 The interface of the Android Experience UI system based on Android 8.0 has not changed, and everything is basically in line with the flagship model. Another point to be noted is that with the full-featured NFC, the built-in Samsung Pay feature for accessing Union Pay cloud flash is there, but the MST and bus card features are still absent.

Overall, the Samsung A9s is the world's first four-shot phone, which is really refreshing in terms of photography. In the mid-range models, it has also added a number of flagship features.

Of course, looking back at the reality, under the competition of domestic smartphone manufacturers such as Hua, MI, OV, and Samsung wants to survive in the domestic mid-end market, which is obviously a huge challenge. However, if it can attack the mid-market through marketing and localization functions, I believe that the phone will also bring good market performance. 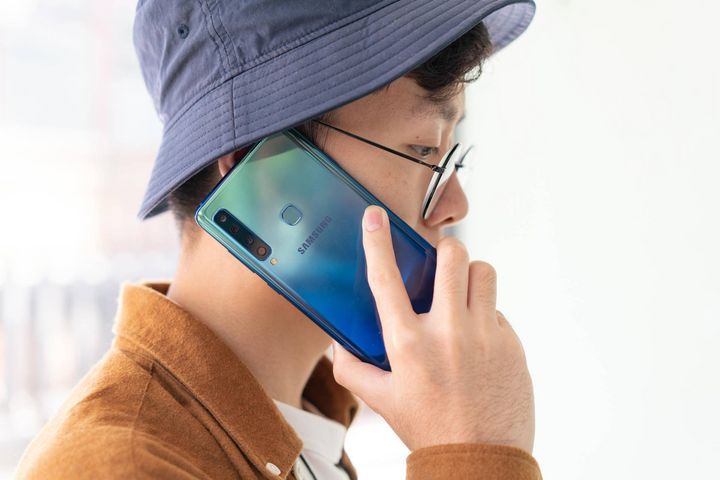 Positioning the mid-range Samsung Galaxy A9s is a very important part of it. Will the strategy of synchronizing or leading Samsung's high-end flagship function to become Samsung's big weapon in the domestic mid-end market? Can Galaxy A9s and A8s, known as "year-end surprises", reverse Samsung's position in the Chinese market? We may wish to wait and see.

Q: How much is the price?

A: The official website is priced at 3,499 Yuan, and the storage configuration is 6+128GB. This is the only configuration currently available.

Q: Can this phone be protected against three?

A: It may be because of the mid-end positioning, so the machine is not waterproof and dustproof.

A: the Personal feeling is actually okay. Basically, the touch can be verified and the performance evaluation is good. However, in the case of wet hands, there will be a significant impact.

Q: How is the battery life?

A: Due to limited experience time, I did not carry out accurate tests on the battery life. In theory, the machine is equipped with a 3800mAh battery, dealing with 8-10 hours of medium-high-level use problems (social software, web browsing, music, local video playback), a little bit tight.