In addition to providing a stronger core hardware configuration, the image capability has been further enhanced.

After announcing its status as an independent brand, Redmi launched several product series last year, including the Note Series, Digital Series, and K-Series, and quickly established a broad user awareness. Entering 2020, they continue their fast-paced product update strategy, and after a period of continuous warm-up, the Redmi K30 Pro is on track.

Unlike the "Pro" models we've had in our past, this time the Redmi K30 Pro Series has made some changes in screen, image and even design in addition to regular core hardware configuration upgrades. At the same time, for different user groups for the needs of mobile phone image capabilities, brought two different versions of the standard version and zoom version. 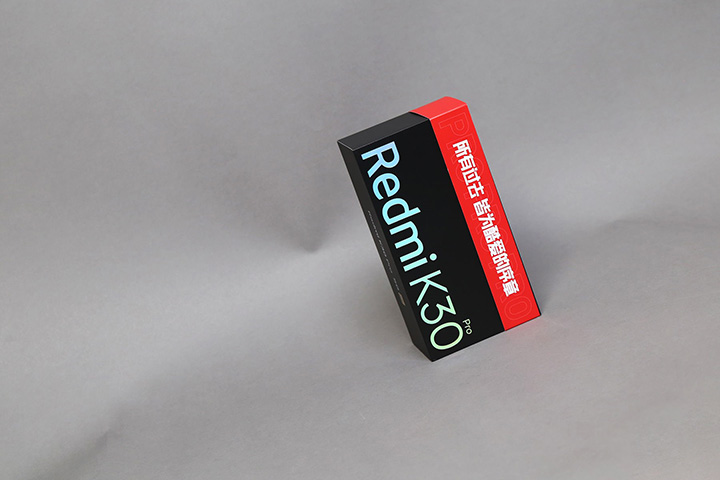 This article let's talk about its zoom version.

Over the past two years, in order to obtain a high enough screen ratio, manufacturers have tried many different comprehensive screen solutions, such as water drop screen, Liu Hai screen, hole-digging screen, lifting structure and so on. But after 2020, the situation has changed significantly, with almost all of the new conventional mobile phone products recently released opting for a hole-in-the-hole screen. 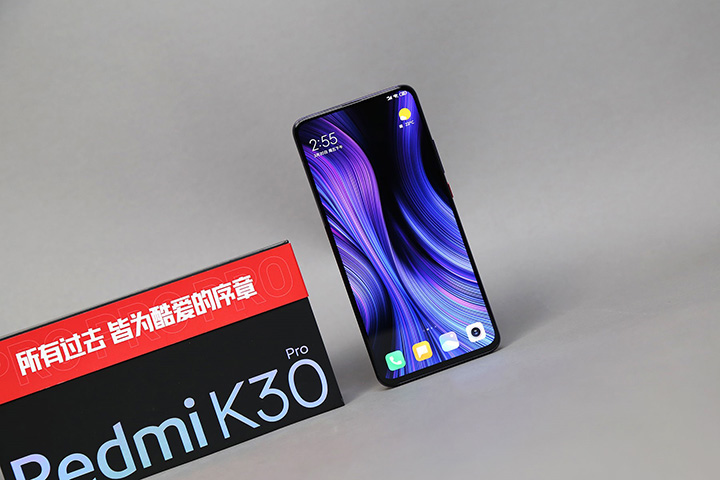 However, the Redmi K30 Pro did not continue the K30 series, opting instead for the same lifting structure as the previous K20 series. The merits of the two options must not be much more than we all know, the hole screen is easier to be thin, but for the screen integrity of the preservation of a slightly inferior, even if the aperture is small enough, it will inevitably affect the display of the screen. 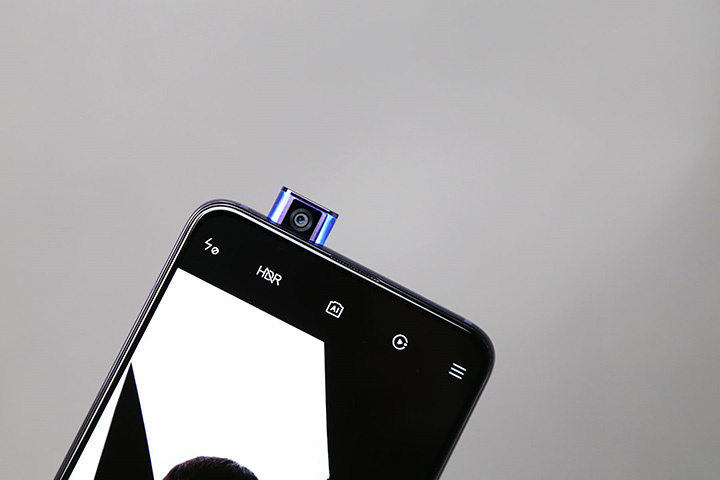 The lifting structure is the opposite. From the point of view of the display effect, the lifting structure is the most ideal choice of all comprehensive screen solutions, ensuring that the screen ratio is maintained while fully retaining the screen integrity, which is well reflected in the Redmi K30 Pro. The problem, however, is that adding mechanical structures means that the stacking inside the fuselage is more complex and the thickness and weight of the product itself are difficult to press down. 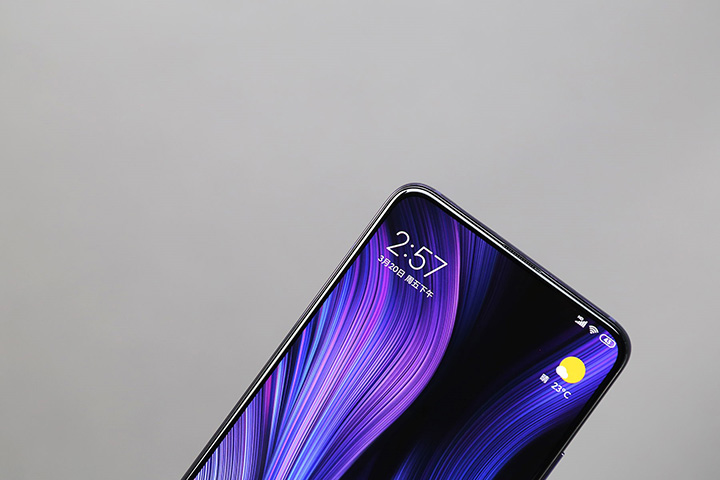 Looking back at the hole screen and lifting structure of these two options, in fact, for the user is a choice question, like it or not, depending on whether you value the visual experience or holding the feeling. Theoretically, the camera under the screen is a relatively perfect solution, but when it will land on the product side is still unknown, until then we can only choose one. 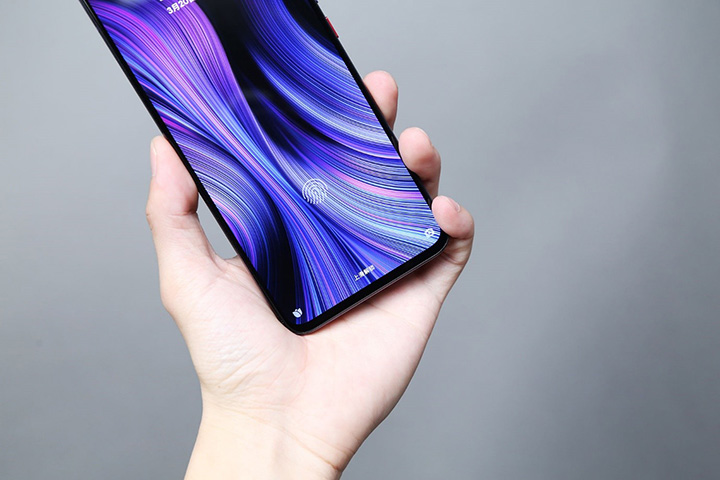 In terms of specifications, the Redmi K30 Pro features a 6.67-inch Samsung AMOLED screen with a new E3 luminous material with a resolution of 2400 x 1080, a maximum brightness of 800nit, a peak brightness of 1200nit, and 500,000:1 contrast, supported 180Hz screen sample rate and HDR10 plus certification.

In terms of actual display effect, its screen in color, permeability, brightness and so on have a good performance, the more regrettable place is not follow up the high refresh rate.

Screen fingerprint sprang with the previous Xiaomi CC9 Pro the same ultra-thin under-screen optical fingerprint module, and the current common optical screen fingerprint scheme is different, its direct stack in the middle of the battery and screen, the position is relatively on the upper side, unlock edited just below the thumb, easy to operate.

Available in a Variety of Colors, Special Camera Design

Turn over to look at the back of the lower fuselage. The Redmi K30 Pro offers four different colors, with the options available for SkyBlue, Moon white and Space Gray in addition to the purple version of the star ring we've got. In terms of the star ring purple color scheme, its overall color effect, while still purple, is deeper than the previous version of the Epheric Fantasy K30. 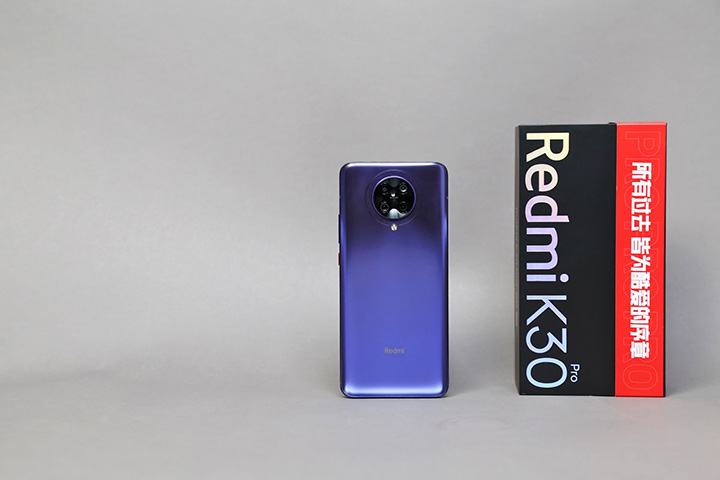 In addition, the rear cover processing process used in different color schemes varies. One of the sky blue and moon white version of the back cover for the bright surface, and space gray and star ring purple version is matte glass, as to which better look, is a thing to see the wisdom of the thing, according to their own preferences can choose. 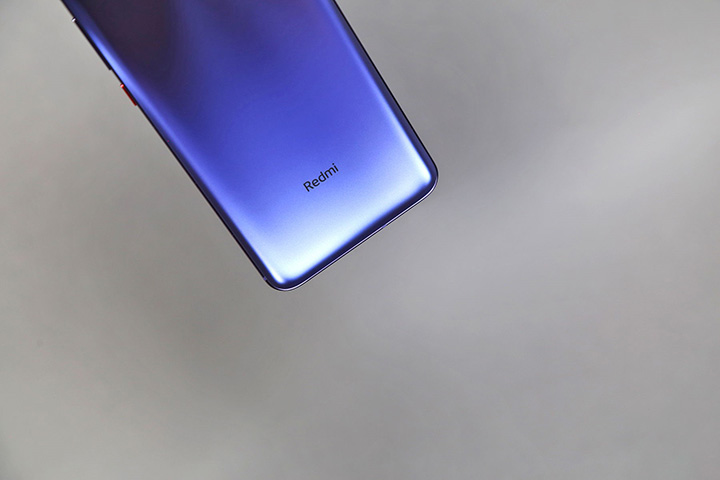 In addition to the color matching and process, there is a more obvious change in the Redmi K30 Pro back cover section, although it is also a rear quad, but the camera did not continue the vertical arrangement, but chose a circular design, while the rear camera perimeter made a circle decoration (mirror rear cover is not), very recognizable. 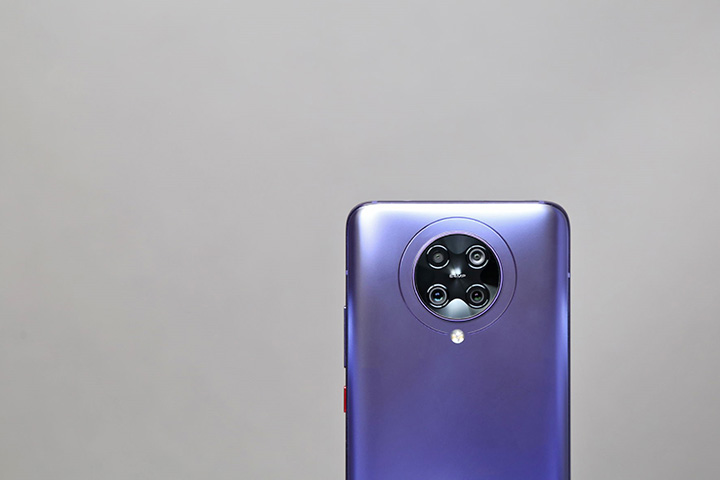 Here's the way it's screen brightness adjusted. This time the Redmi K30 Pro is equipped with three light sensors, two of which are on the front of the body and one in the flash module under the rear camera. With these three sensors, they are more sensitive to changes in the environment to capture, resulting in better automatic screen brightness regulation. 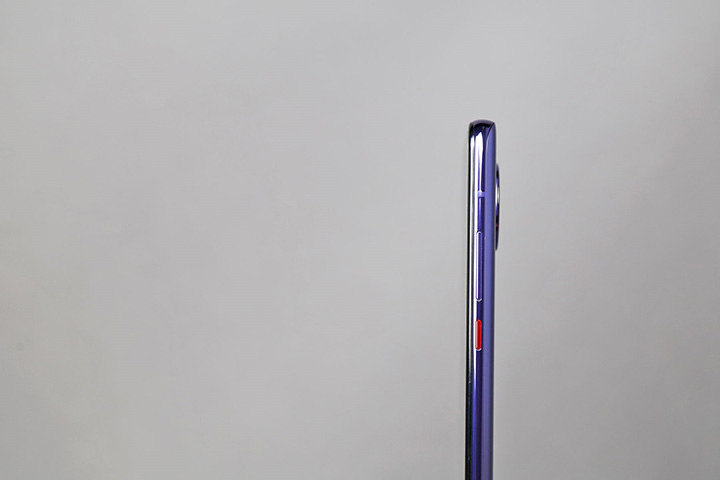 Grip aspect, its body length is 163.3 mm, the width is 75.4 mm, the thickness is 8.9 mm, the weight is 218 grams. Judging from this set of data, it's not really light, but it's still acceptable to weigh it, given that Redmi has a large 4700mAh battery stuffed inside its fuselage. 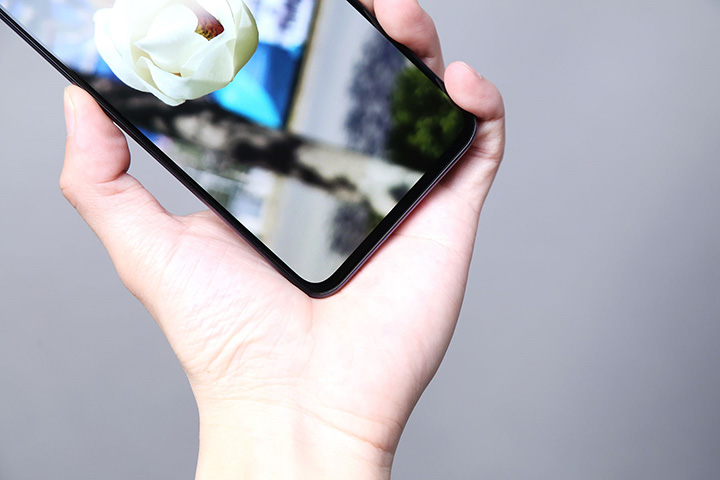 64 million master cameras with up to 30x zoom capability

For selfies, the Redmi K30 Pro front-facing camera is 20 megapixels and has a lift time of 0.58 seconds, and is also supported by regular features such as face recognition and facial selfie. As for the protective aspects of concern, it also designs a protection mechanism for automatic recovery of drops, which officially says has a lifetime of 300,000. 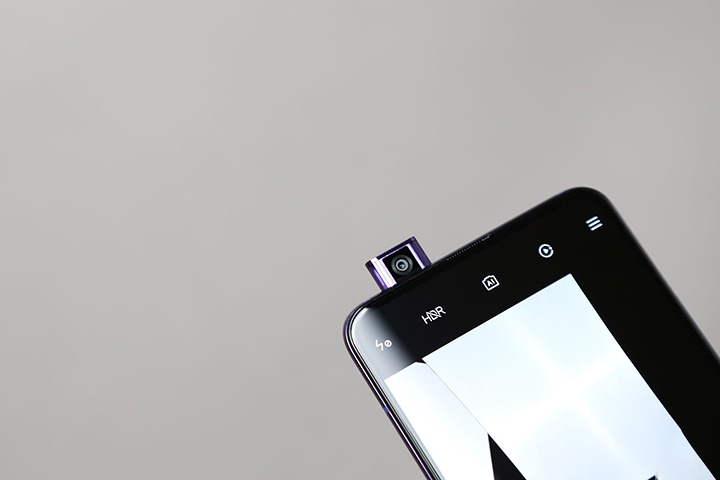 The rear camera consists of four cameras, with a master image of 64 megapixels, a Sony IMX686 sensor that supports OIS optical stabilization, the ability to deliver 64 megapixel images straight out of hardware, and the ability to output a better photo of light sensitivity in four in one, and an ultra-wide-angle lens upgraded from the K30's 8 megapixel upgrade to 8 megapixels. 13 megapixels with a maximum viewing angle of 123 degrees and a depth-of-field lens of 2 megapixels. 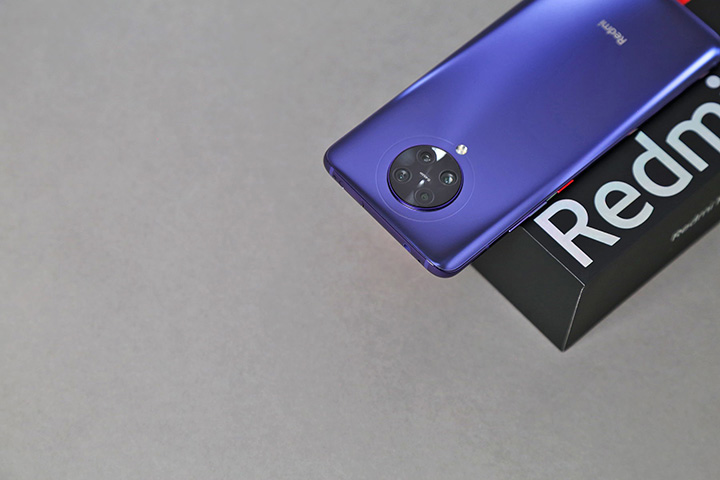 The difference between the standard and zoom cameras is that the former is equipped with a 5 megapixel telephoto macro lens in addition to the above three lenses, while the latter is an 8-megapixel "ultra-long-focus" lens that supports OIS optical stabilization, 3x optical zoom and up to 30x digital zoom, but does not support macro shooting.

The following is a sample of the real shot, without any post-treatment: 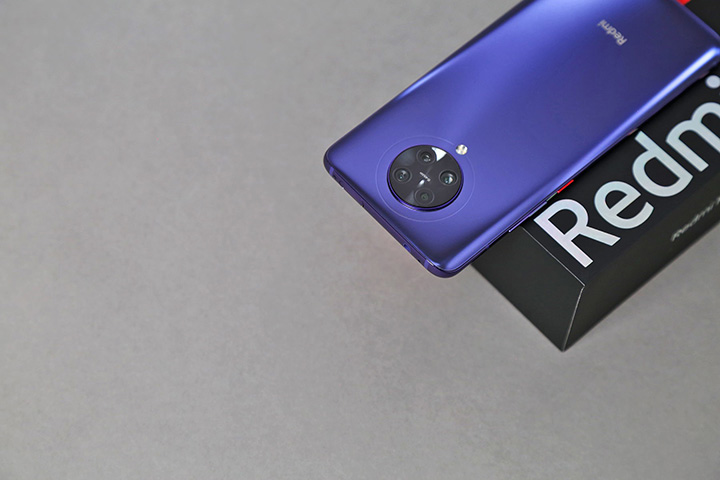 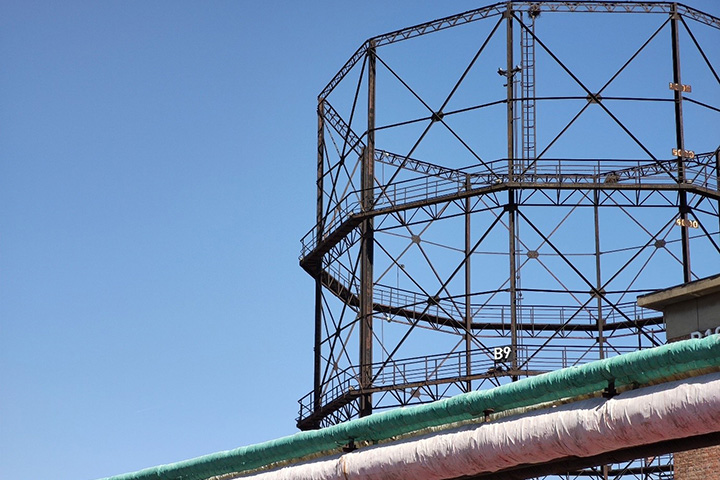 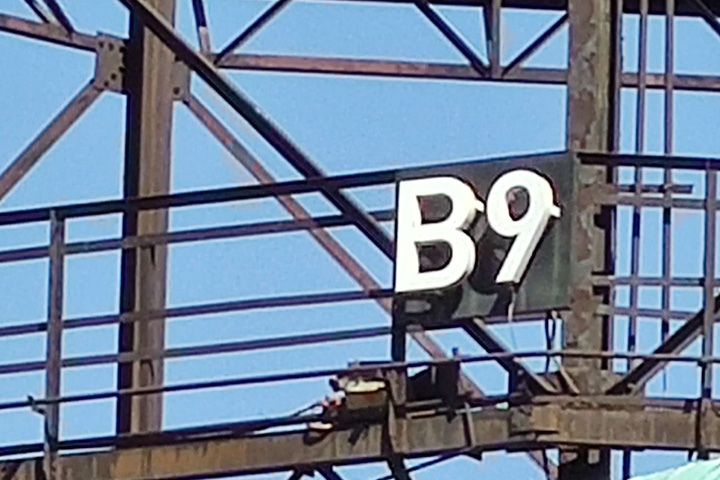 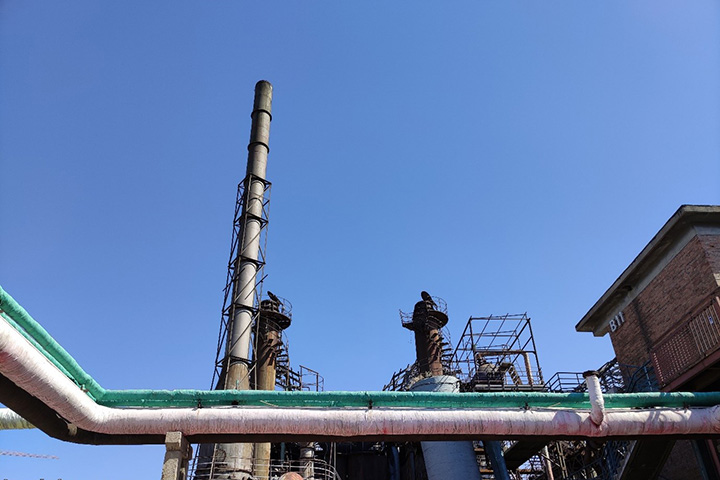 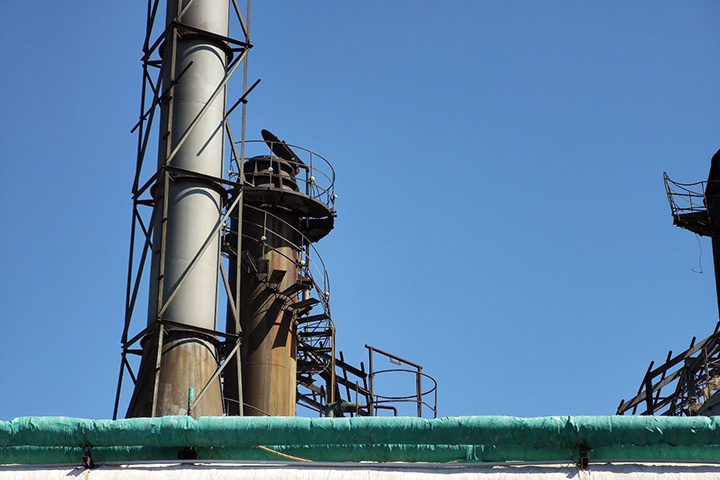 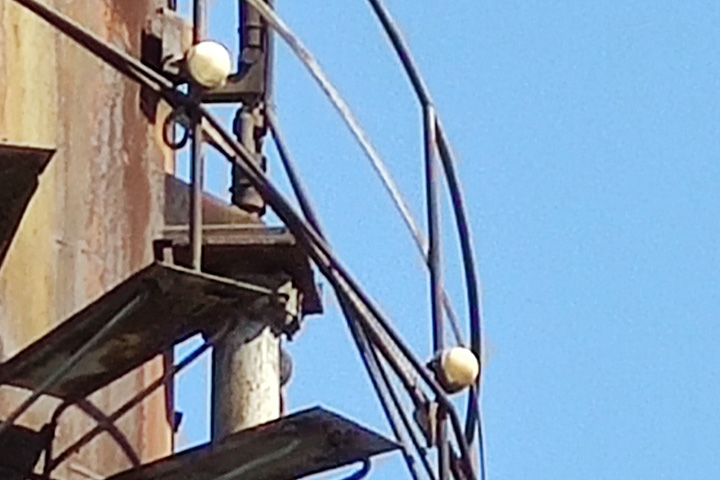 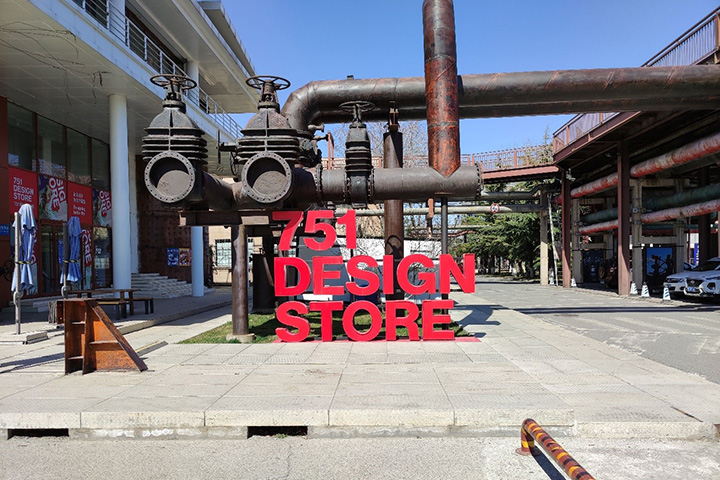 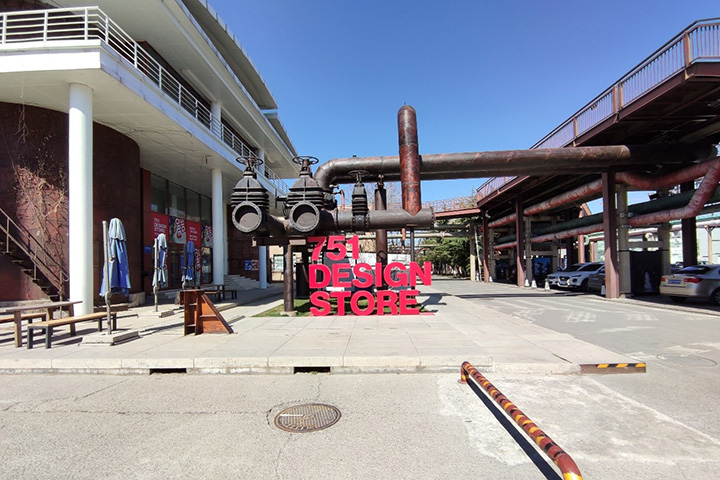 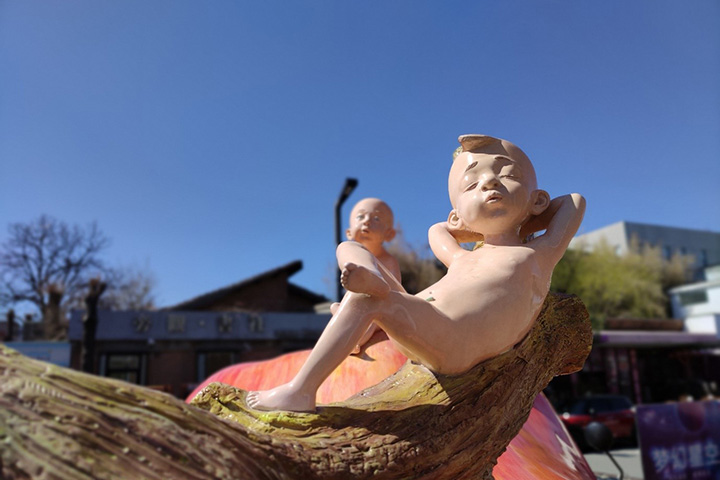 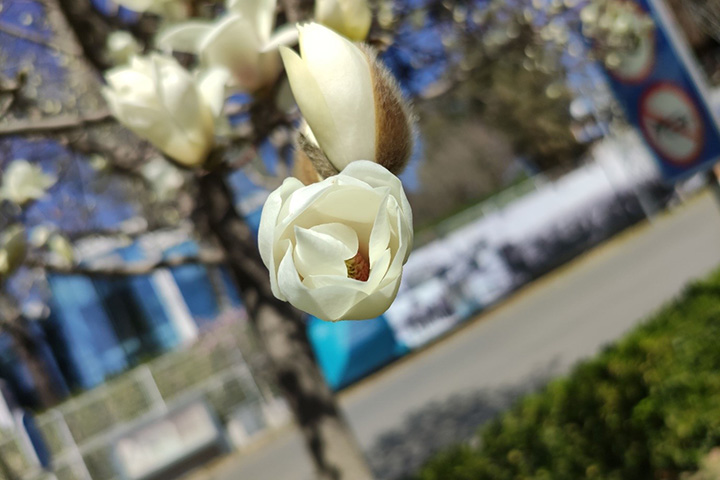 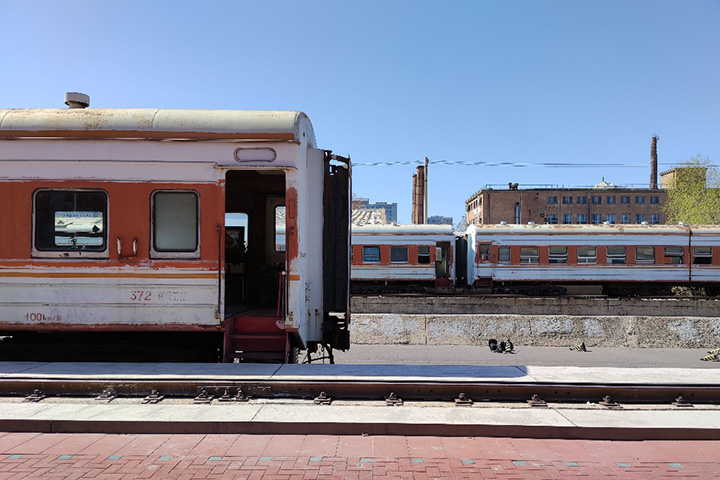 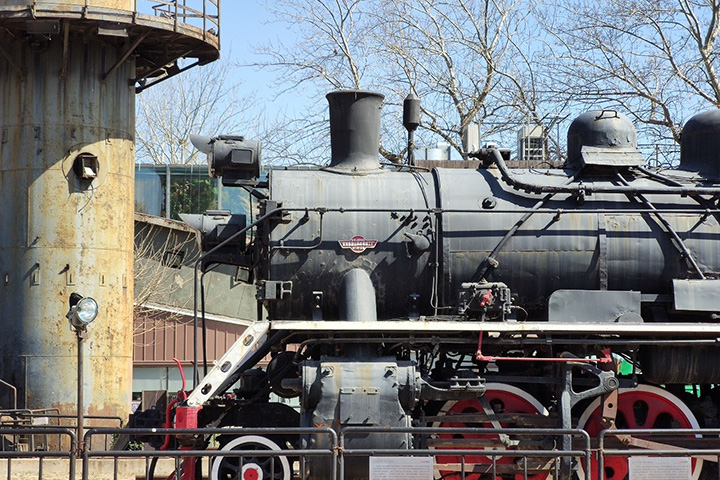 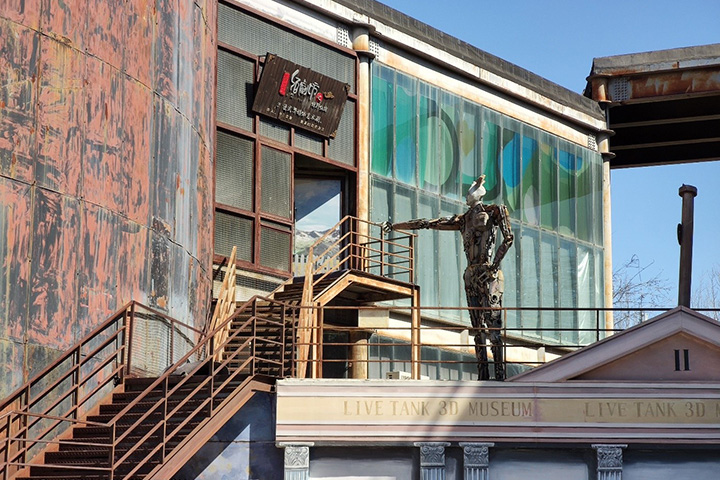 In the core hardware configuration, the Redmi K30 Pro is not surprisingly equipped with the industry's top SnapDragon 865 chip, with LPDDR5 memory and UFS3.1 flash. 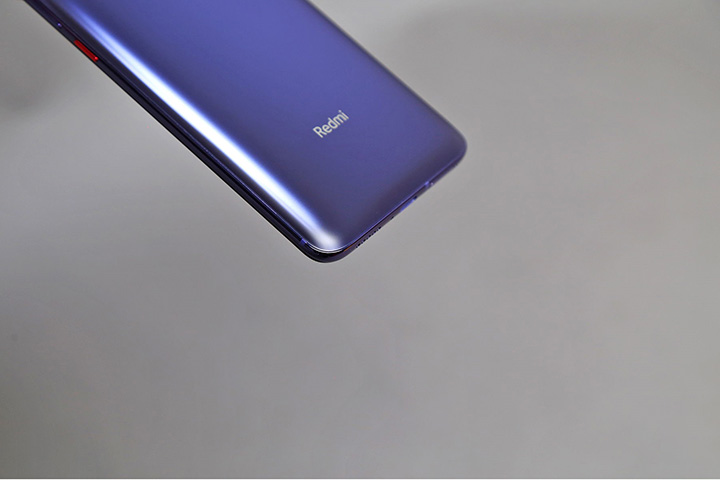 As for the SnapDragon 865 chip, we have already described it in many review articles before, and we will not repeat it here. In the corresponding 5G section, this time the Redmi K30 Pro also features Qualcomm's second-generation 5G baseband SnapDragon X55, which supports sA and NSA, covering the current mainstream 5G bands such as n1, n3, n41, n78, n79, and more. 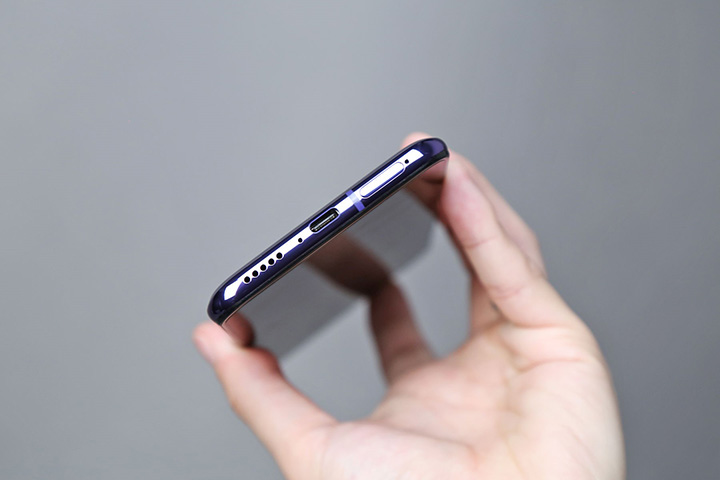 This time Redmi further optimized its thermal dissipation. Its body has a large area of VC average heat plate and a variety of thermal materials, including graphite, to better transfer the heat generated from the interior. It also introduces a new AI temperature-controlled model that officially says, with multiple temperature sensors, for more accurate temperature control. 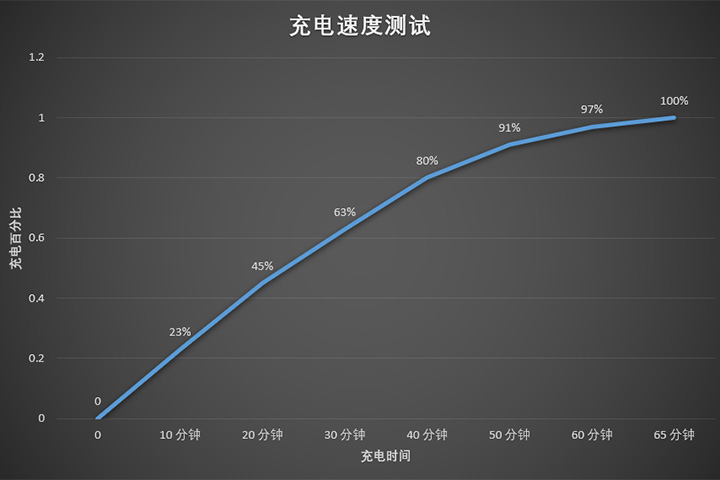 As for the more concerned about the battery life section, before we introduced the weight of the product also mentioned that its battery capacity of 4700mAh, in the recent lying mobile phone new products belong to a relatively large one. It also supports 33W wired fast charging, but does not support wireless charging.

From our actual test results, with the original charger, 10 minutes can be charged from 0 to 24%, 20 minutes to 45%, 30 minutes to 64%, 40 minutes to 80%, full yegfully only takes 65 minutes, although the charging power is not currently the highest, but very fast. 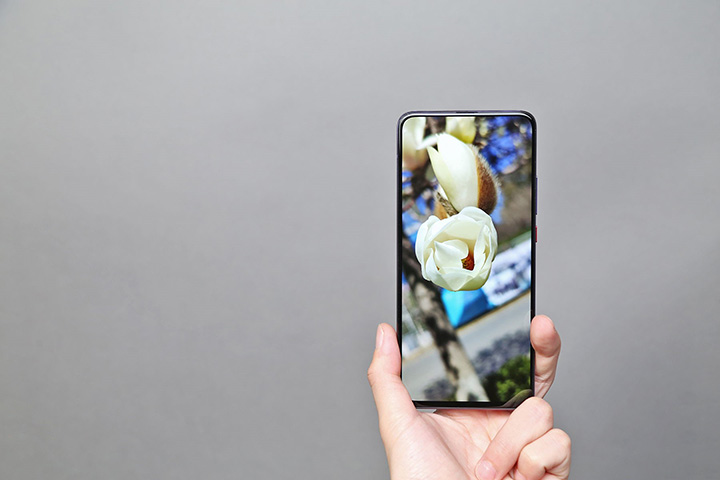 Wifi 6, Multi-Function Nfc, Linear Motor, You Want It All

The Redmi K30 Pro Zoom Edition has two different storage combinations available, with the 8GB plus 128GB version being $3799 and the 8GB plus 256GB being $3999. In addition, the standard version starts at 2999 yuan (6GB plus 128GB), is currently the cheapest SnapDragon 865 mobile phone, very high cost-effective.

Back to the product itself, in addition to the above we mentioned, other such as WiFi 6, multi-function NFC, linear motor (Z-axis), Xiaomi's ancestral infrared remote control, 3.5 mm headphone connector, and 1216 linear speakers are also absent.

This time the Redmi K30 Pro has been upgraded in terms of performance, imaging, battery life, fast charging, and more, compared to the Redmi K30 released at the end of last year. As for the screen part, the latter's overall display quality is also better than the former, but the difference between 60Hz and 120Hz is objective.

Overall, the K30 Pro, as Redmi's first flagship product after the festival, performed well in all other parts except the screen refresh rate. Purchase advice, if the budget is relatively adequate, you can consider starting directly with the top version, enough to use, the price is not particularly high.