Redmi K30 hands on review: With a 120Hz screen and 64 million pixels Really a Surprise

Summary: A smoother screen with a more powerful lens is perhaps the biggest upgrade to the Redmi K series.

For Redmi, the year 2019 is about to pass, and by creating different products covering different price segments, Redmi's extreme price/performance ratio has gradually become recognized by many people, and even made a breakthrough in products such as the K20 Pro. 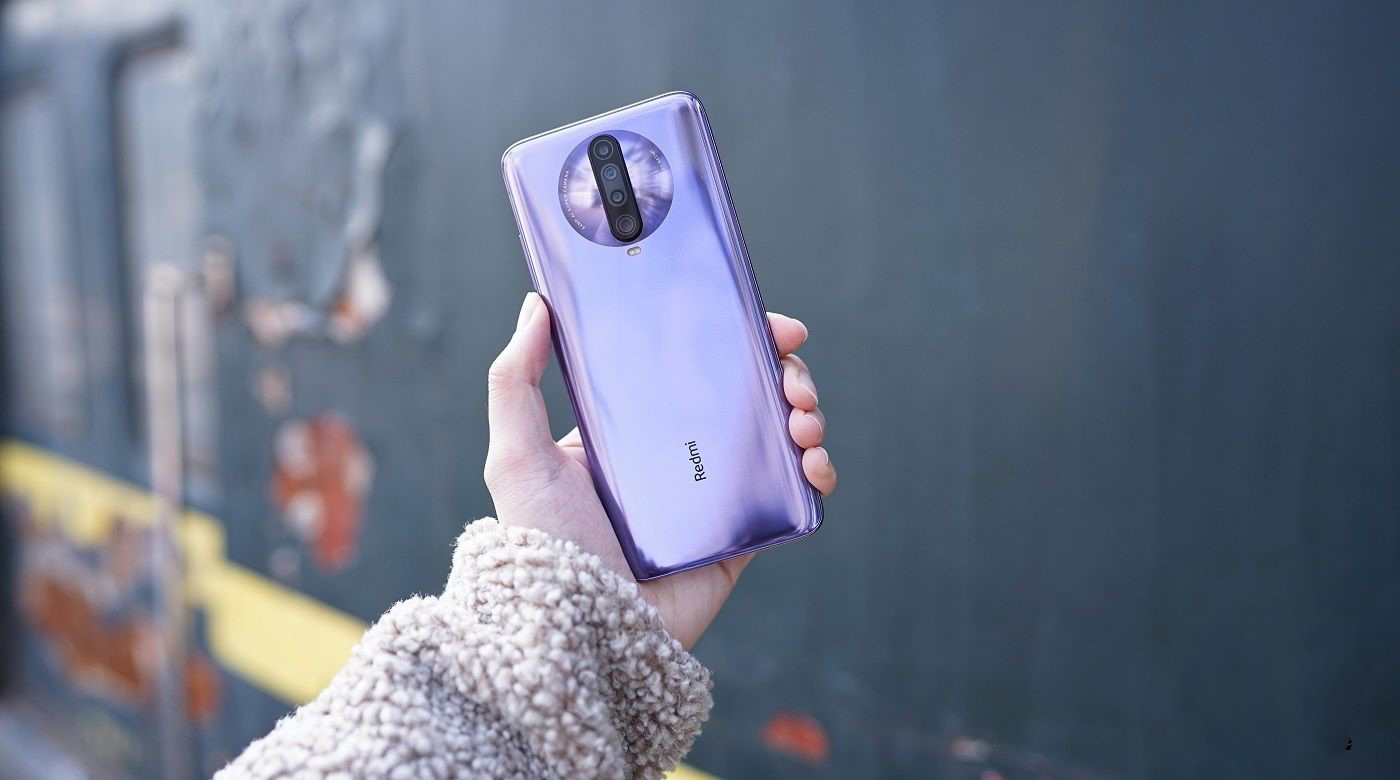 This afternoon, the Redmi K30 series was officially released, with a high refresh rate screen and Sony's flagship CMOS added to the potential for a burst. The Geek Choice also got the product in the first place, so take a look.

Although there has been a lot of discussion about the appearance of the Redmi K30, when the geek's choice of phone is found to be different and imagined, the Redmi K30 is the most distinctive feature of this round design, known as the "Ming". 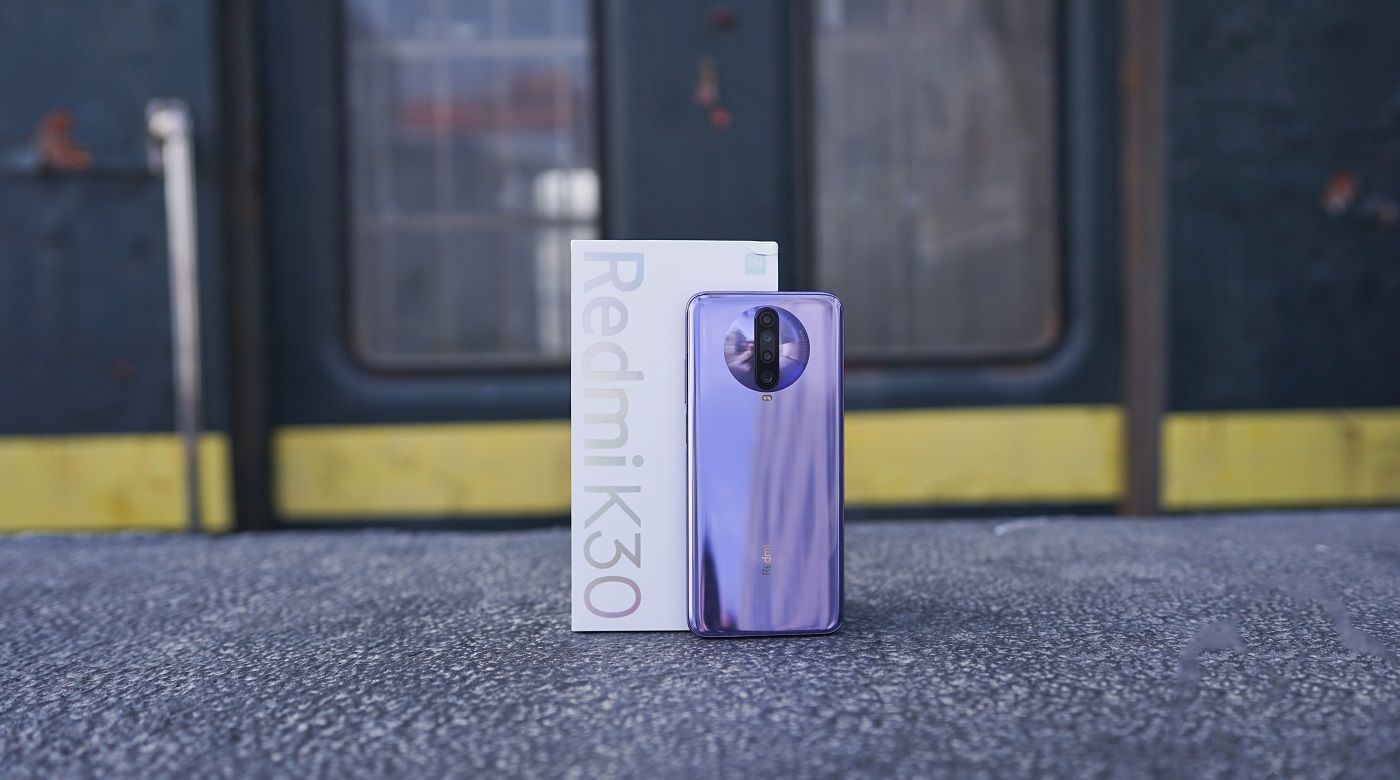 Unlike the "Oreo" designs that other manufacturers have tried, the Redmi K30 is still a traditional vertical camera arrangement, but to emphasize this part, a special circle is added around the camera section, even if it's just two different processes on a piece of glass, but it emphasizes more layers. Nor do you want to make the four cameras in the vertical row seem too abrupt, as to good or bad looks may be the matter of seeing wisdom. 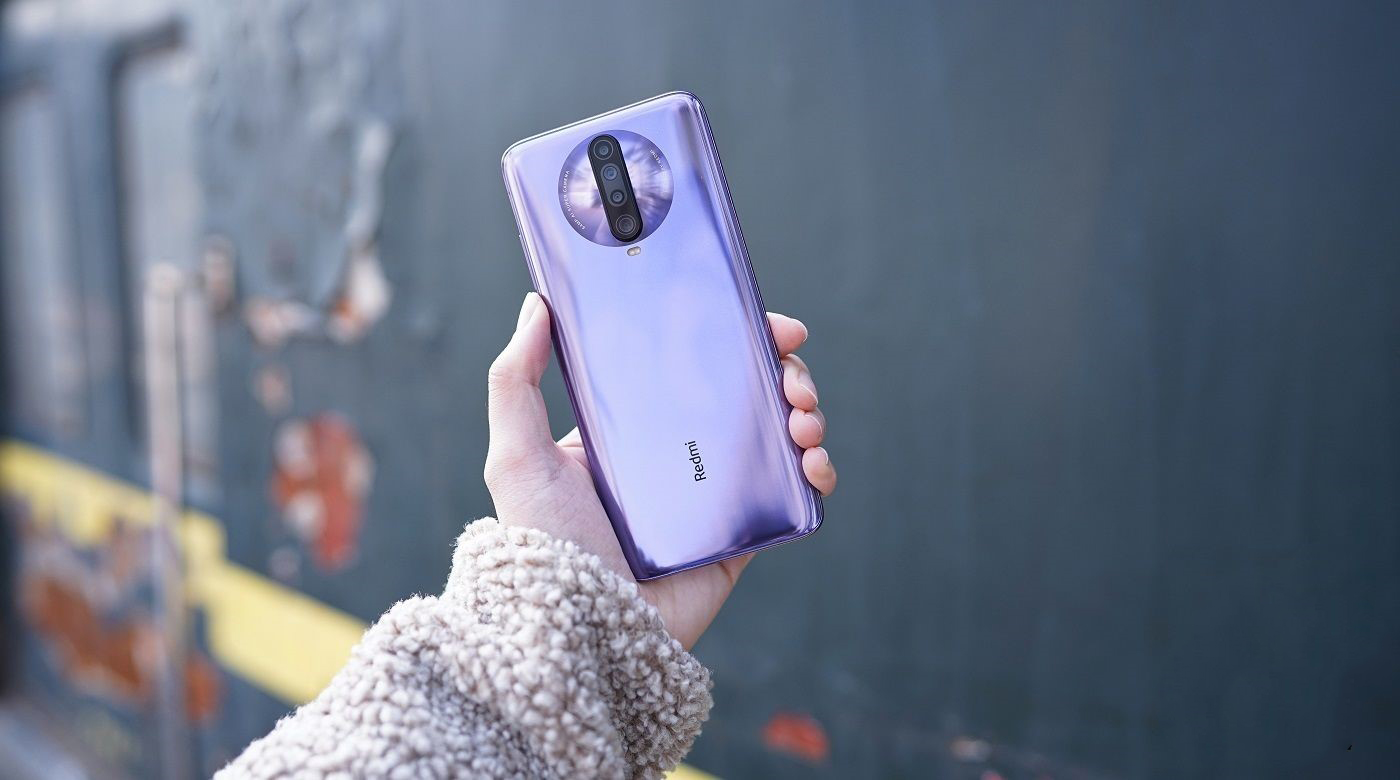 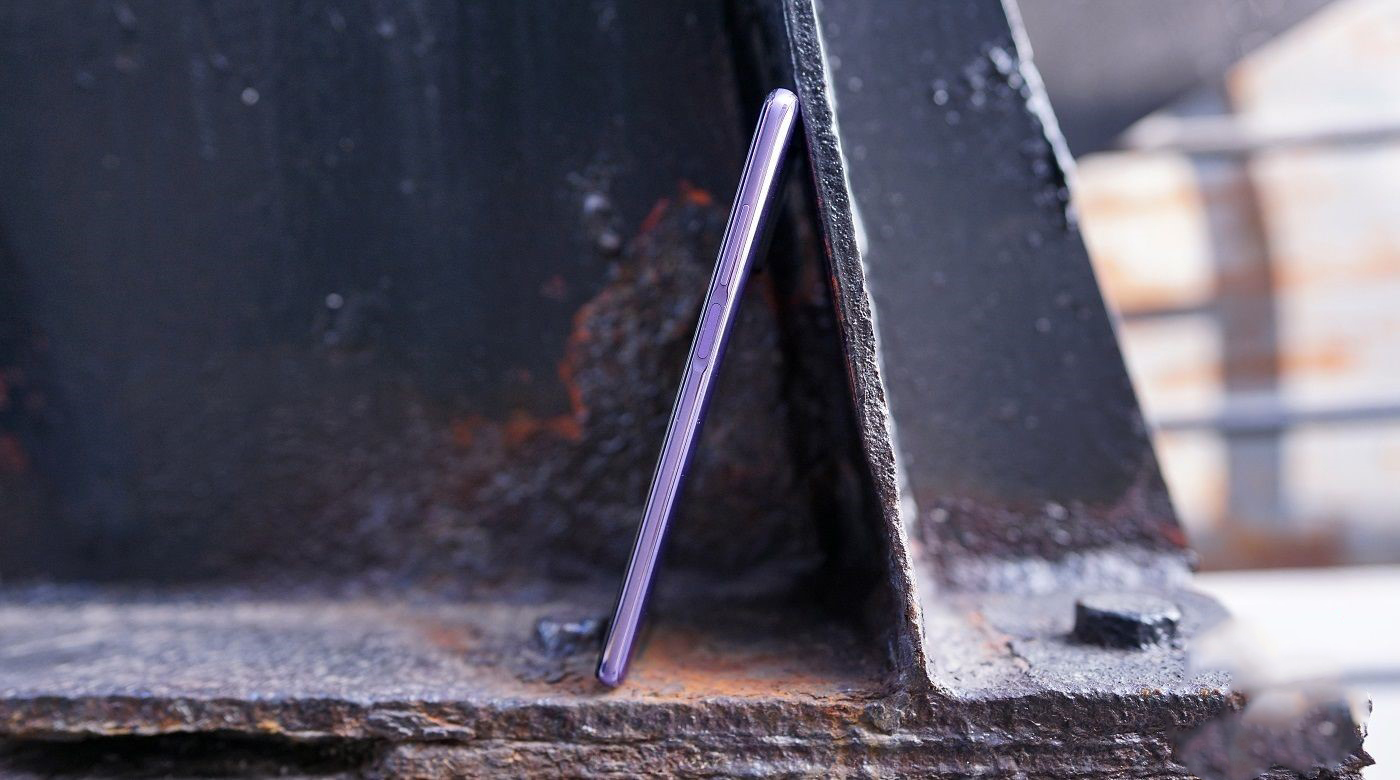 High refresh rate screens for a better experience, which has become a consensus in 2019, and the redmi K30's first highlight is its 6.67-inch 120Hz refresh rate LCD screen, officially known as the flow rate screen, which is followed by the Thunder Snake, the rog and the 120Hz refresh Rate the screen of the phone. 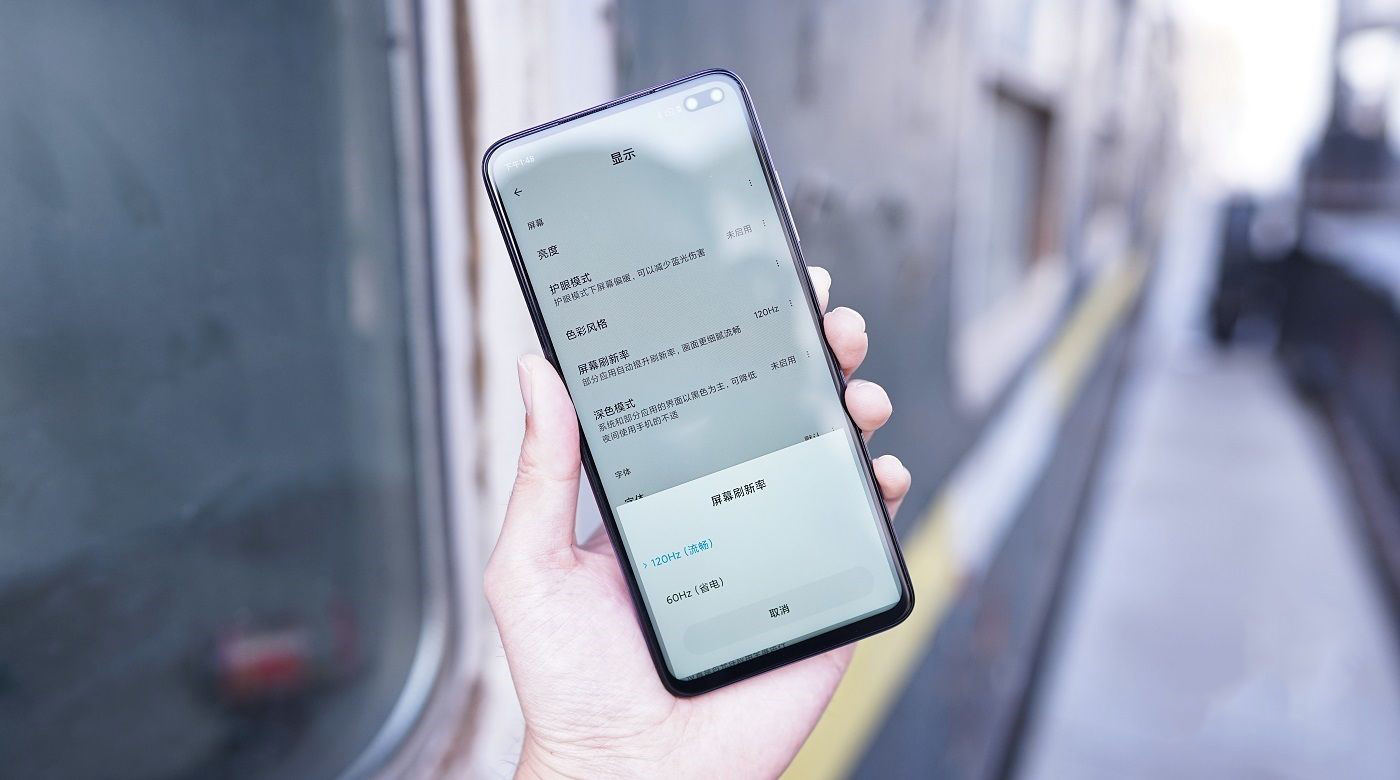 As a 20:9 scale, resolution of 2400 x 1080 high refresh rate screen, Redmi K30 in daily use has a very good sense of smoothness, whether it is daily brushing, watching the news, or every day all kinds of operations than the 60Hz screen more smooth, plus MIUI 11 added a variety of non-linear animations, Better reflect sit-in and smoothness of this screen. 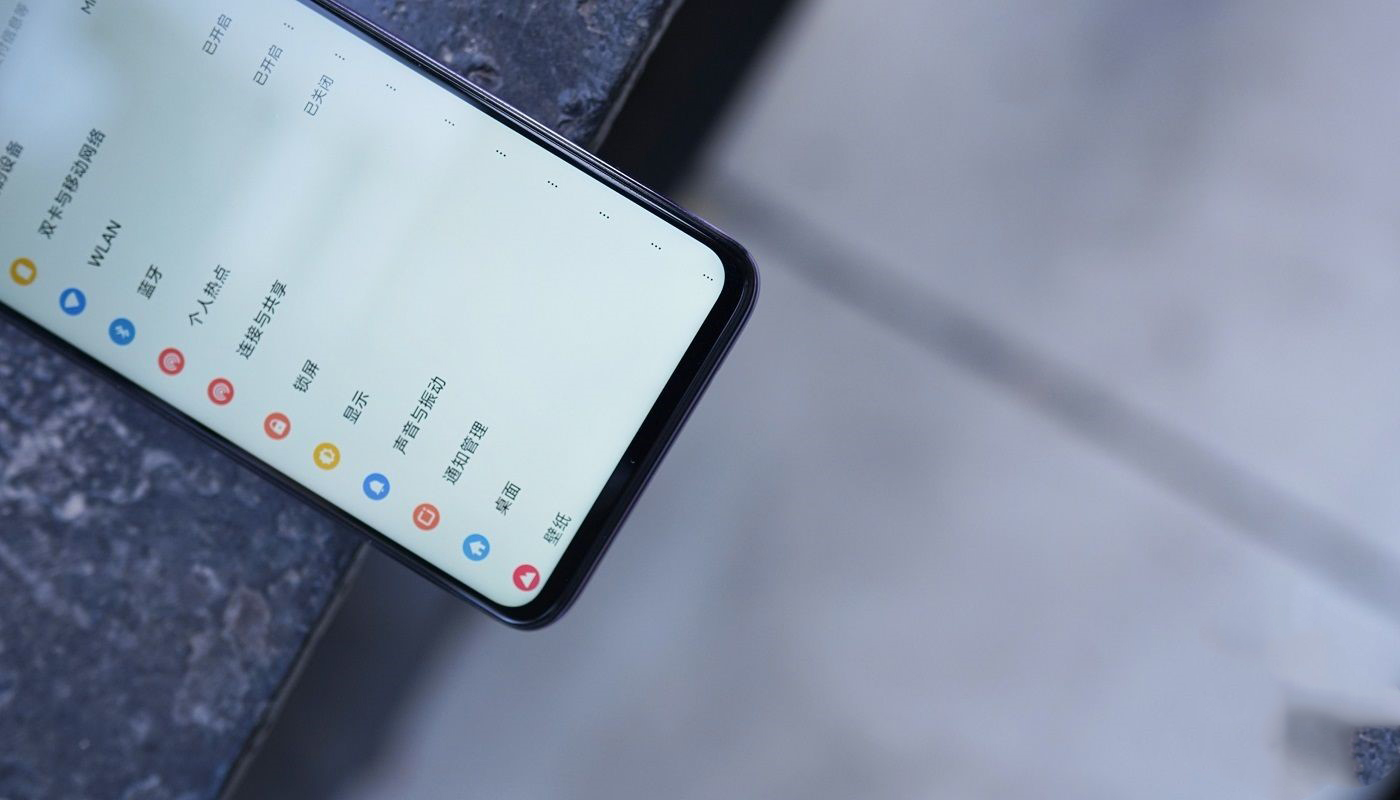 In addition, the overall border control using the COF process is very good, its upper border thickness of 2.05 mm, the left and right border 1.85 mm, the chin width 4.25 mm, although there is no 3D surface glass as stunning, but the overall screen ratio also reached 91%, but also for the mobile phone as a whole to bring a good look. 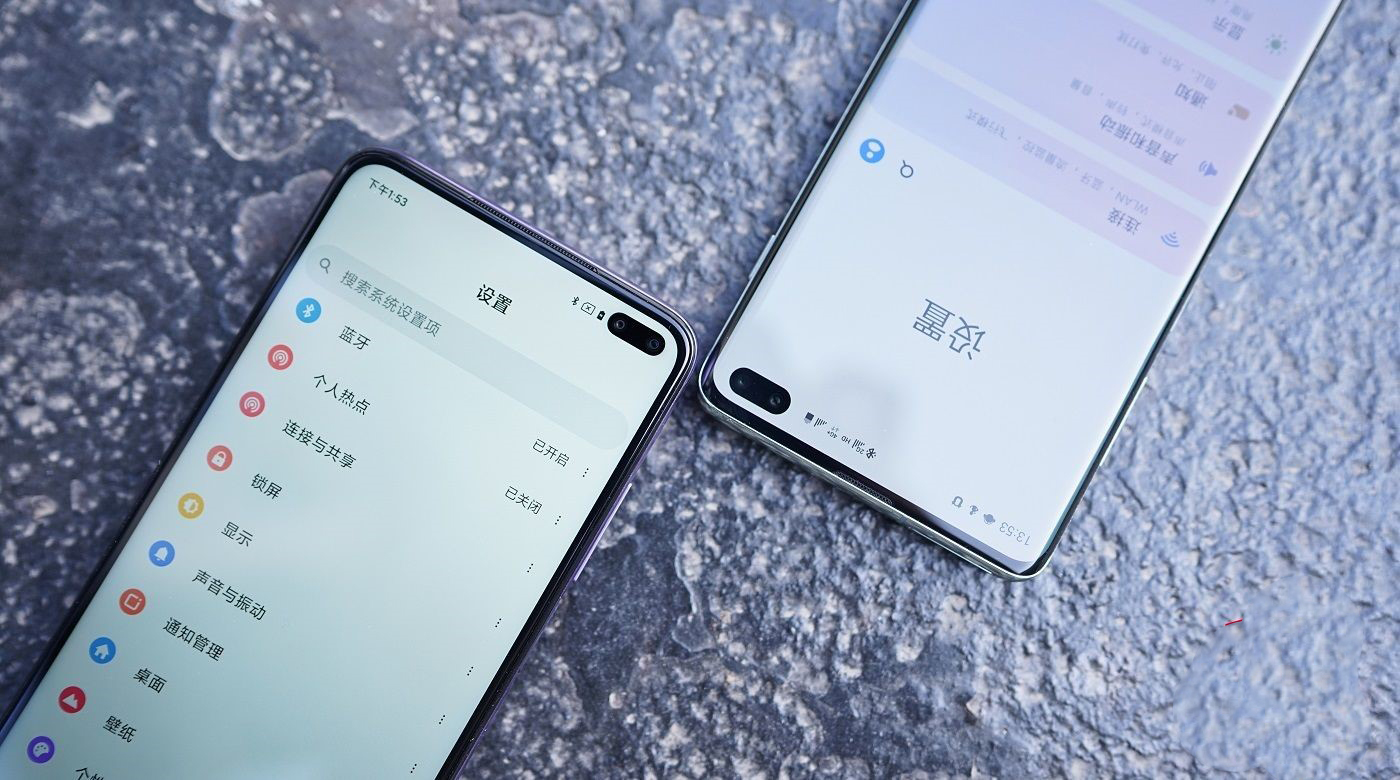 One thing to note about the screen part is the design of the front double-cut hole, which is smaller than the hole in the Galaxy S10 Plus and has little visual impact from daily use.

Although we knew from the warm-up early in the launch that the Redmi K30 was one of the selling points of taking pictures, the Camera section of the Redmi K30, the launch model of Sony's latest flagship iMX-class sensor, the IMX686, still attracted many expectations. 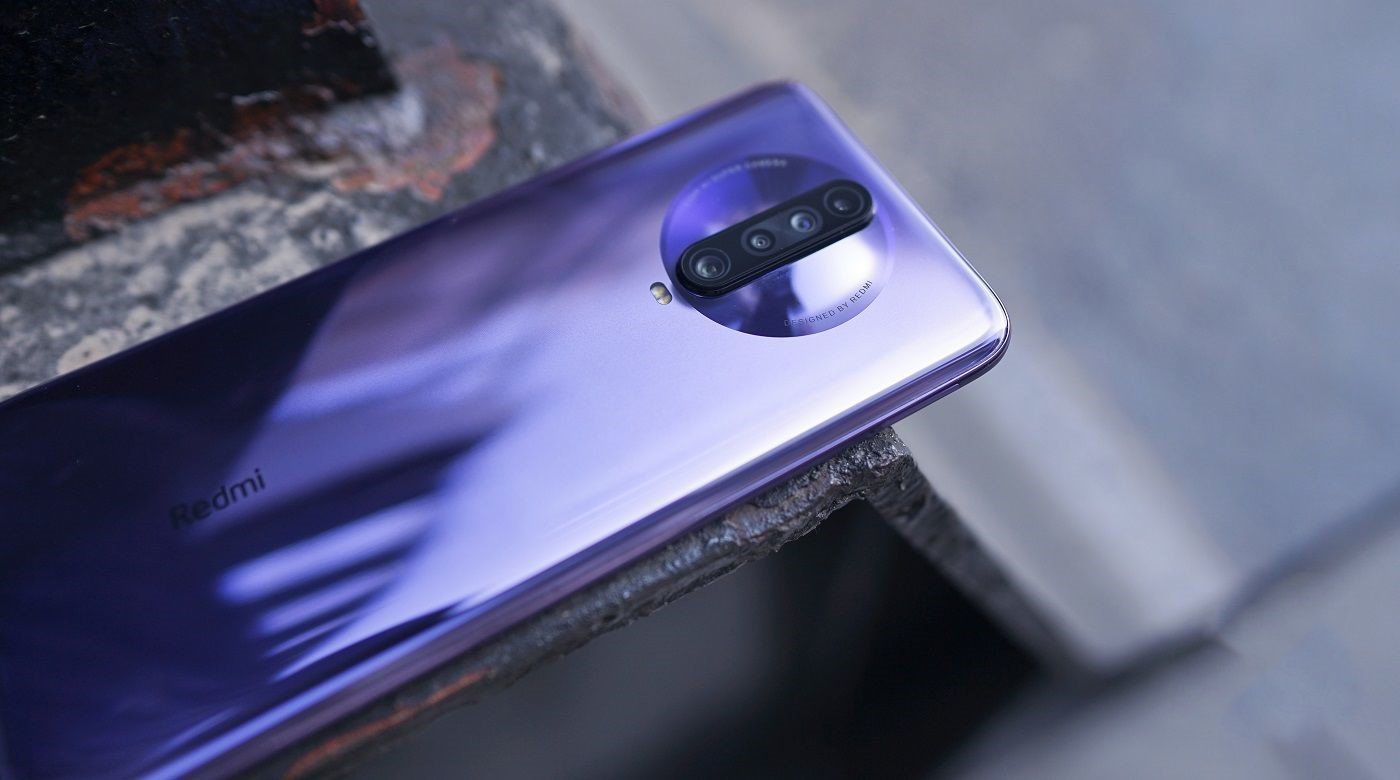 With a light sensitivity of 1/1.7 inches, the Sony IMX686 features a straight-clean photo with a resolution of 9248 x 6944, 34% higher than the 48-megapixel IMX586 resolution, allowing users to not only take clearer photos, but also have a wider post-trimmation space. 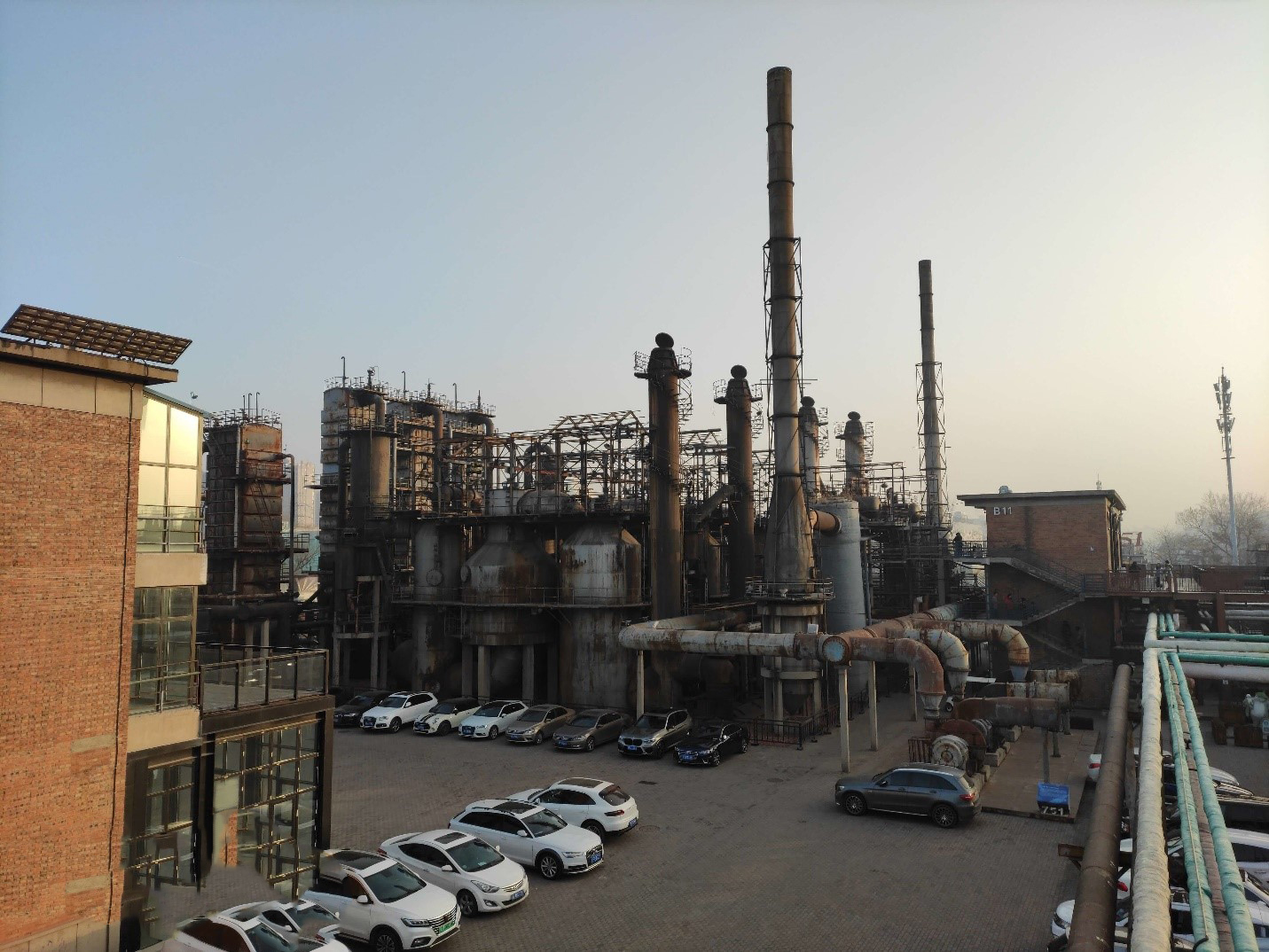 The picture is compressed 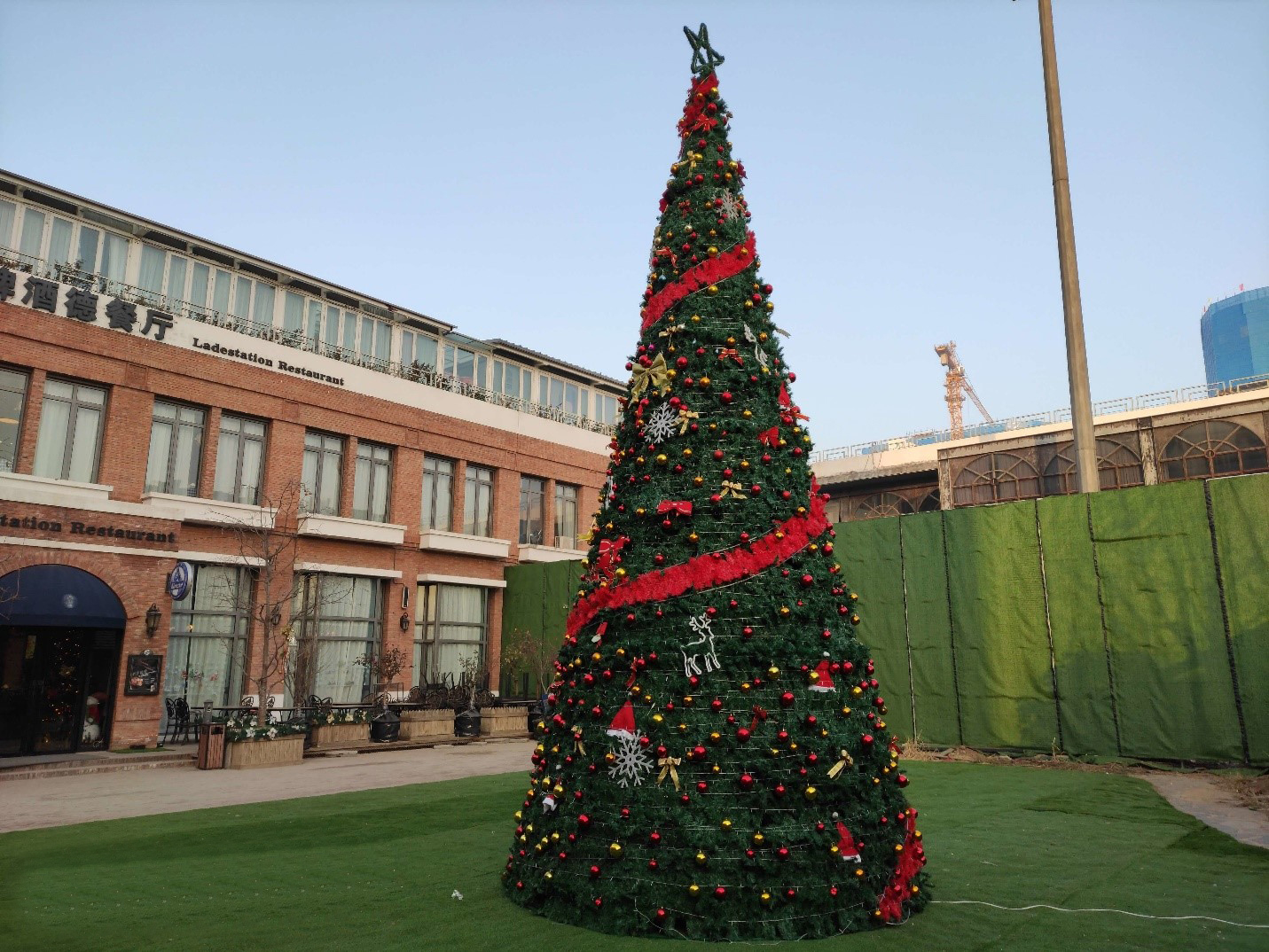 The picture is compressed

From the simple hand-to-hand photo effect, 64 megapixel lens shot out of the photo in terms of clarity has a clear advantage, its color reproduction is also in place, but it is important to note that the size of a single photo is more than 30M, so it is convenient to choose the phone as much as possible. 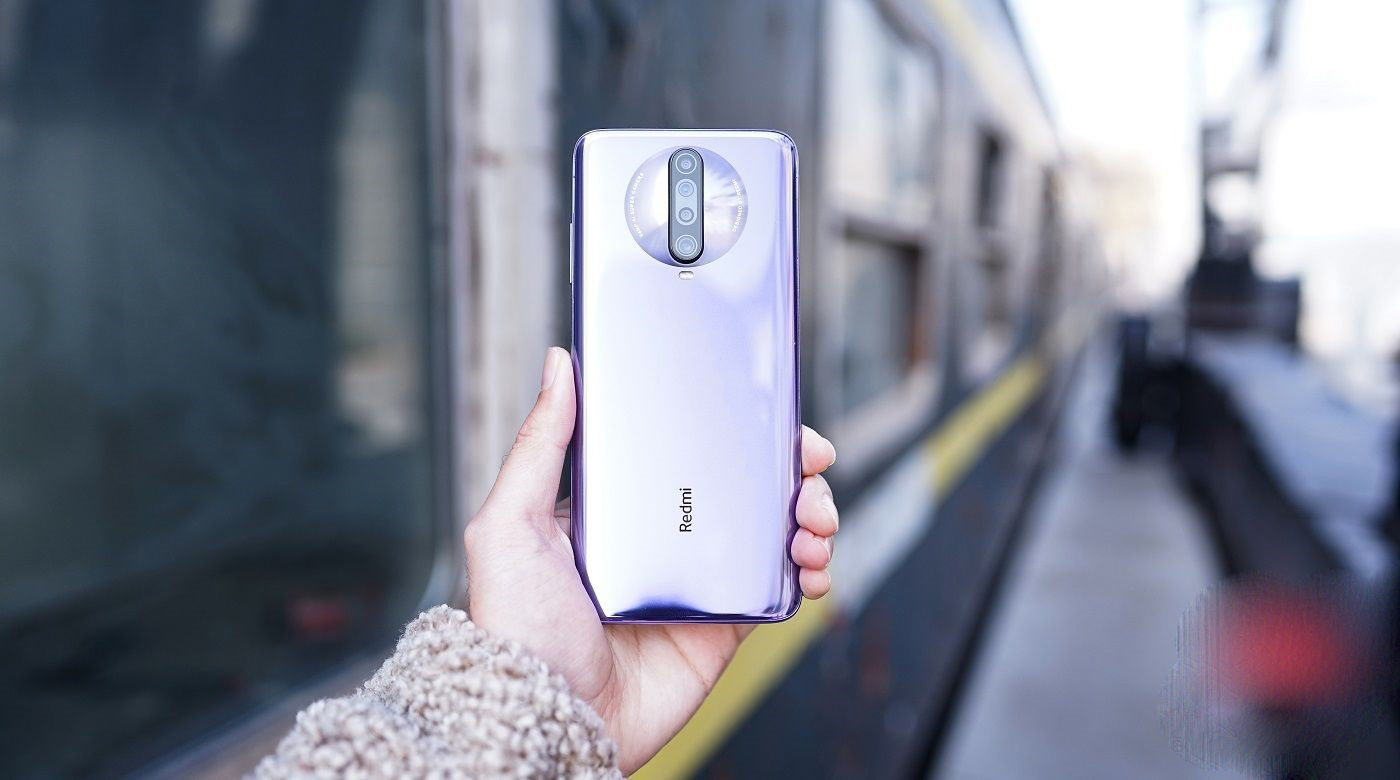 Based on this lens, the Redmi K30 uses a four-camera combination. Including 8 million ultra-wide angles, 2 million macros, and 2 million depth-of-field lenses, it covers a variety of scenes for everyday use, and macro mode has good playability.

The front lens section, the Redmi K30, uses a 20 million-plus-2 million front-facing, which provides depth-of-field effects when taking photos, a better experience when taking a selfie, and the front-facing camera also supports the use of software algorithms for large wide-angle panoramic photos, but not wide-angle and non-wide-angle dilots as the S10 Plus when taking pictures.

The biggest difference between the Redmi K30 4G version of the geek's pick is the 5G version of the CPU, which uses the Qualcomm Dragon 730G processor, while the 5G version features the Qualcomm Dragon 765G, which uses an 8nm process with a main frequency of 2.2GHz and integrates Adren o 618 GPU, 15% faster graphics rendering than the Dragon 730, so it's enhanced in gaming compared to the Dragon 730. 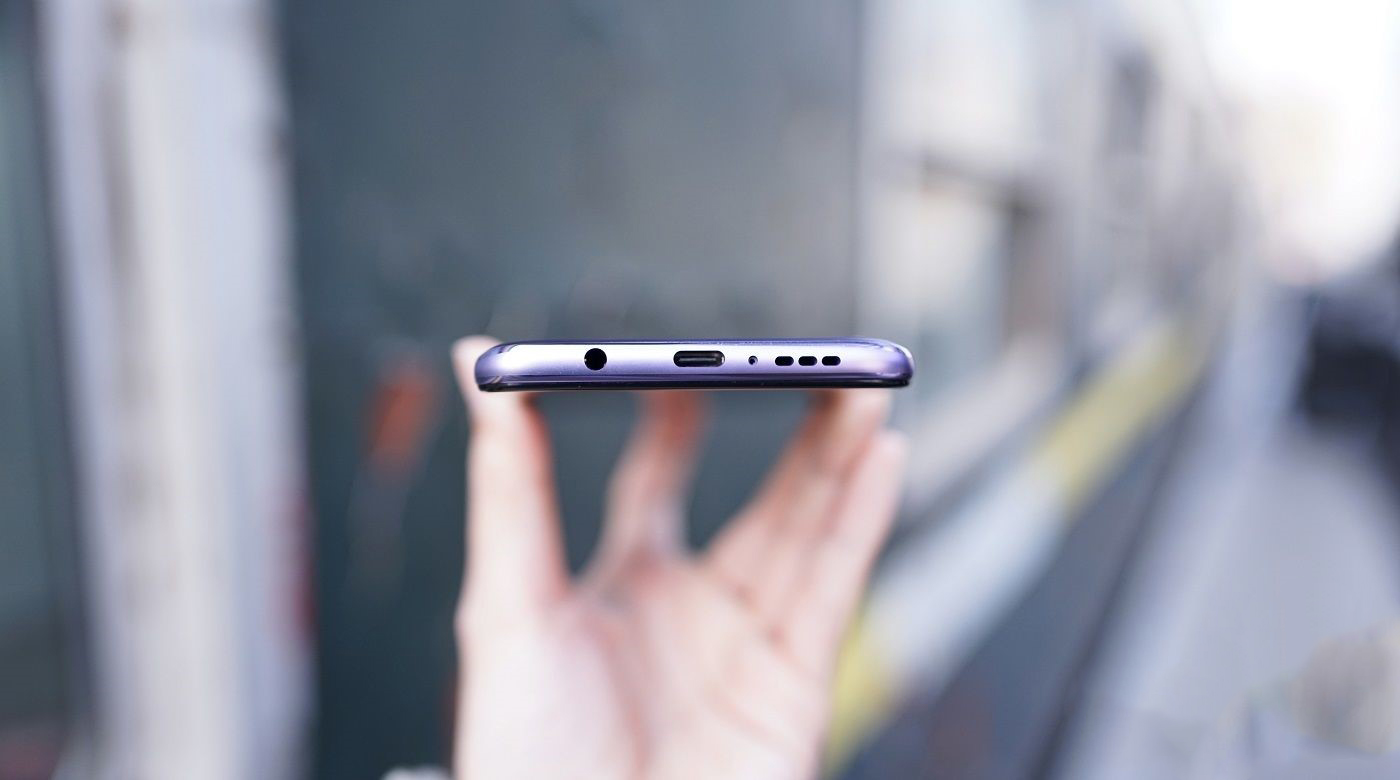 From the actual experience, the processor in the daily use of no problem, but in the case of ultra-high-definition picture quality for games like "Peace Elite" will appear frame-off, other game experience feel good. 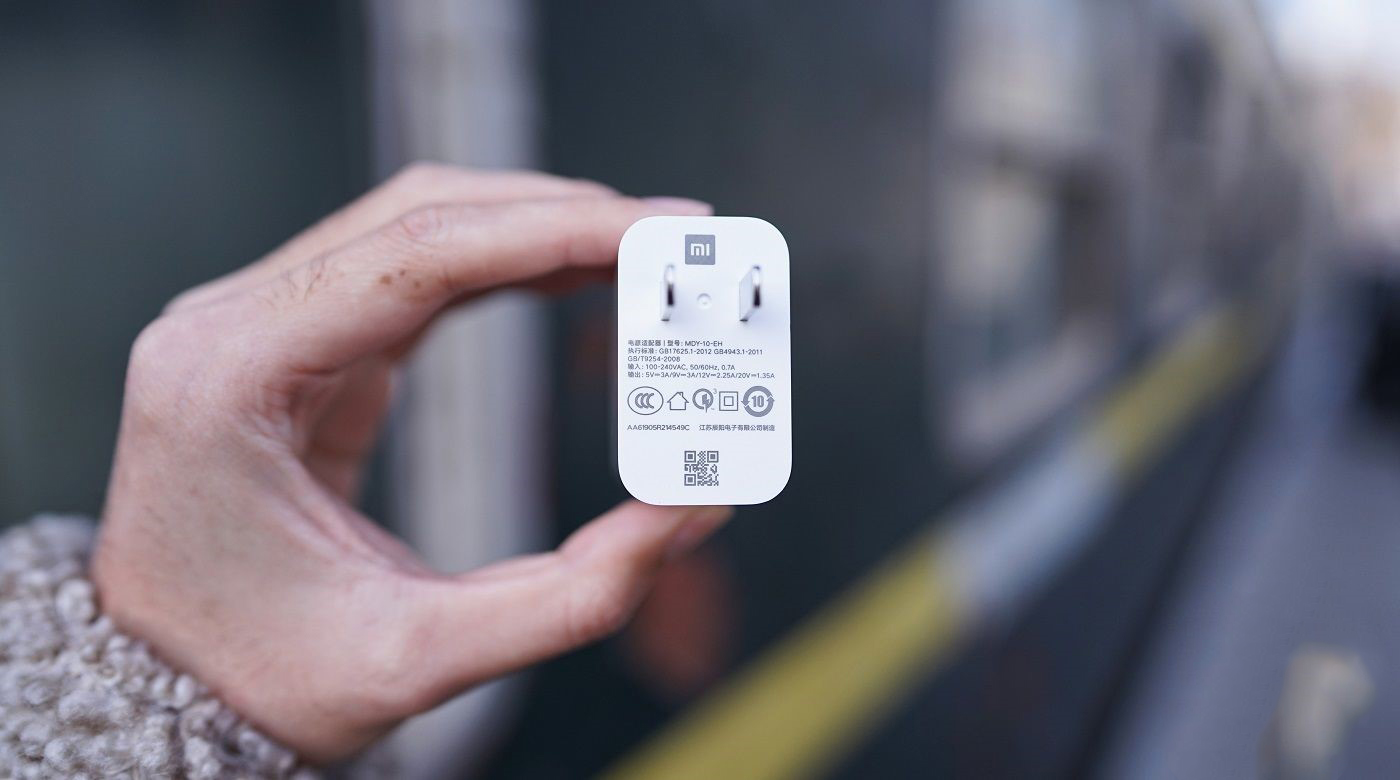 The Redmi K30 is equipped with a 4500mAh battery, thanks to the combination of miUI systems and the Dragon 730G processor, and even at a 120Hz refresh rate, the daily use is almost sufficient. The phone is also equipped with a 27W fast charge and charges more than 40% in half an hour, which also guarantees a hands-on experience. That's right, it also retains the 3.5mm headphone connector and infrared functionality, which is rare at the end of 2019.

Overall, after a year of trying, Redmi has gradually gained ground through the K-Series phone, with a bright spot configuration, a more personal appearance color design, and with the good-use MIUI 11 system, this time the Redmi K30 can be said to be very sincere, the price of 4G version from 1599 yuan (6G) The B-64GB version), the 5G version of 1999 yuan start (6GB plus 64GB version), can be said to be very people-friendly and cost-effective, which may be a lot of people to start it an important reason.