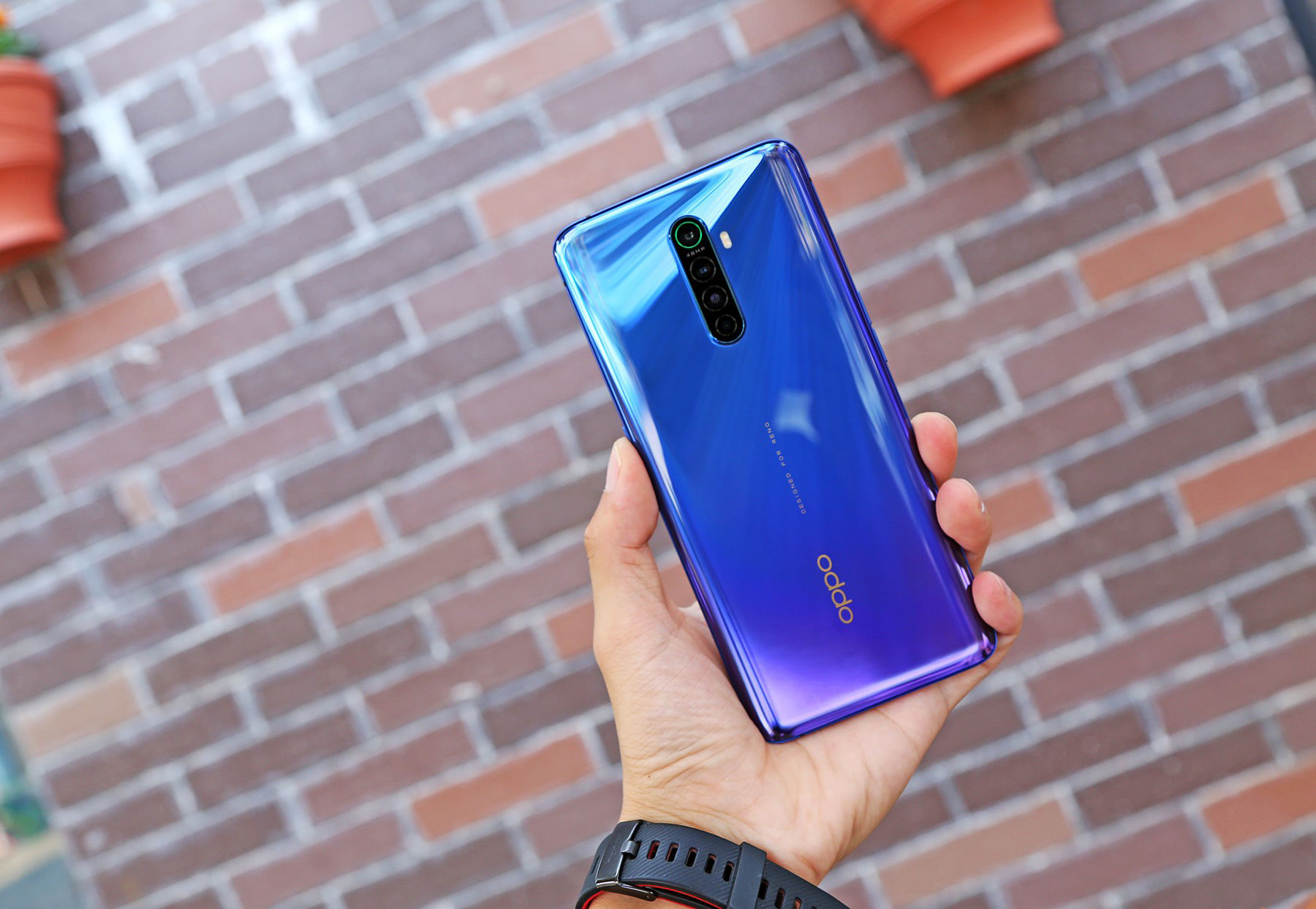 In addition to the 65W Super Flash, it also brings a 90Hz refresh rate screen and the Dragon 855Plus.

Just last September, the mobile phone industry ushered in a wave of new product release of small climax, a lot of eye-catching heavyweight products choose to market in this time node, OPPO also launched the main video super shaking Reno2 at the beginning of the month.

In October, the momentum did not go with the end of the National Day holiday. Just over a month after reno2's launch, OPPO has launched a new product launch in Chengdu, bringing a new Reno Ace.

In fact, as early as the Reno2 launch, OPPO Vice President Shen Yiren publicly announced that a new product called Reno Ace would be released in October, but did not give much details at the time. Recently, in addition to the price, about Reno Ace some hardware parameters online have a lot of news, concerned about the mobile phone industry friends should also be more or less to understand. Let's talk to you about how the product actually works. 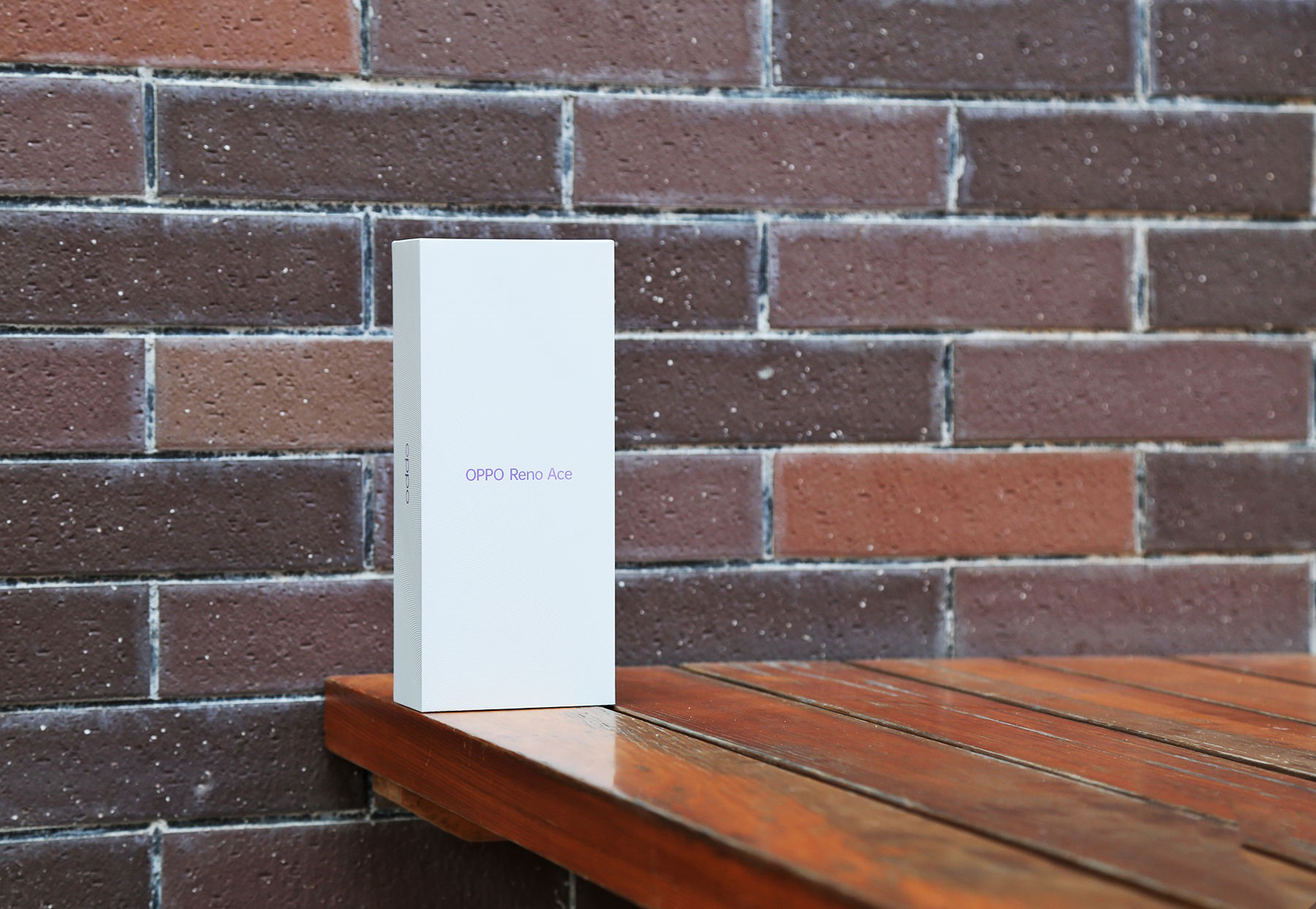 It is still from the appearance part that everyone can see at a glance. 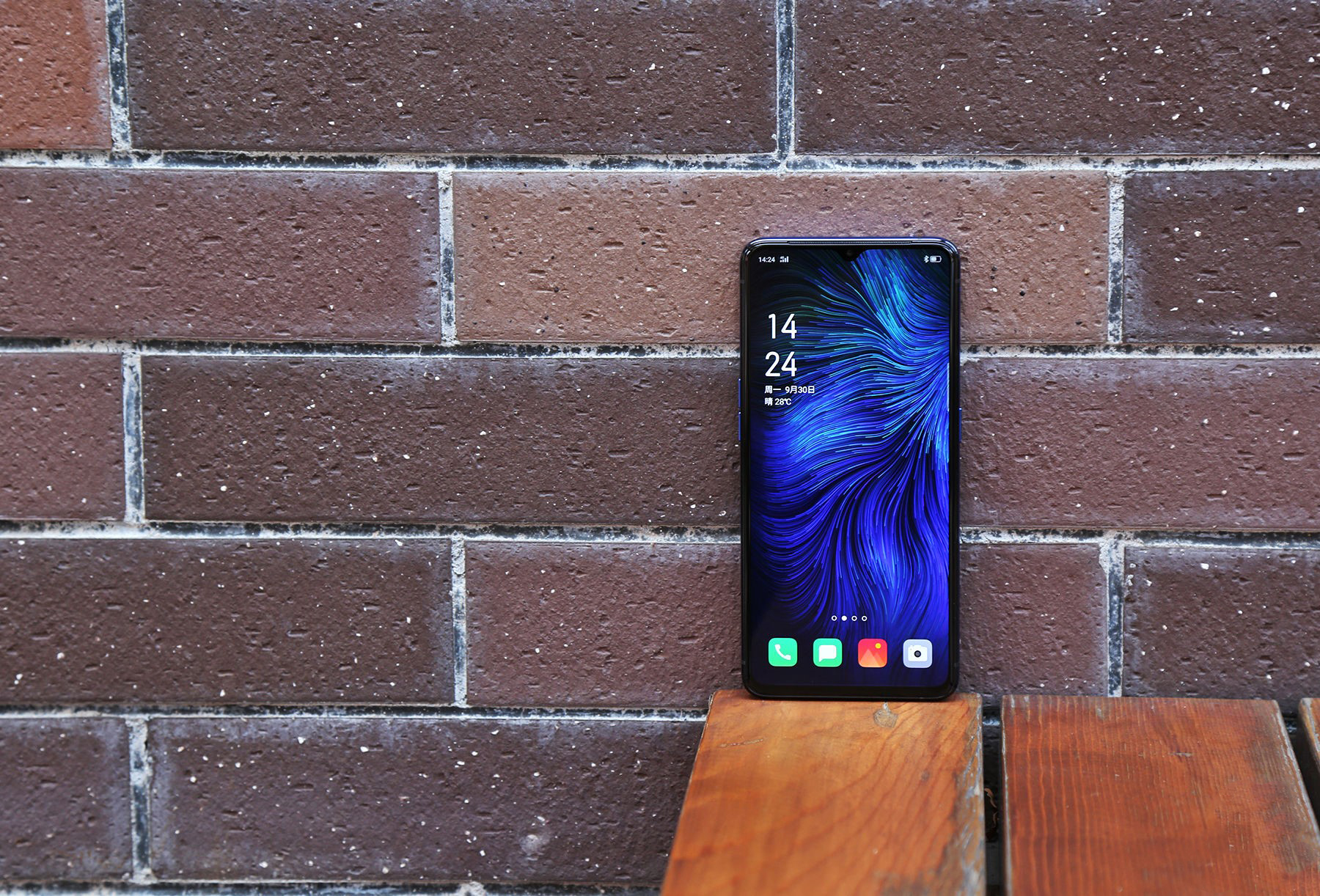 Instead of continuing with a comprehensive screen solution for the side-spin lift structure, OPPO has been replaced with a water drop screen that is now more common on the market. Of course, it's not the first time a drop screen has appeared in the Reno series, and Reno Z has done the same before. 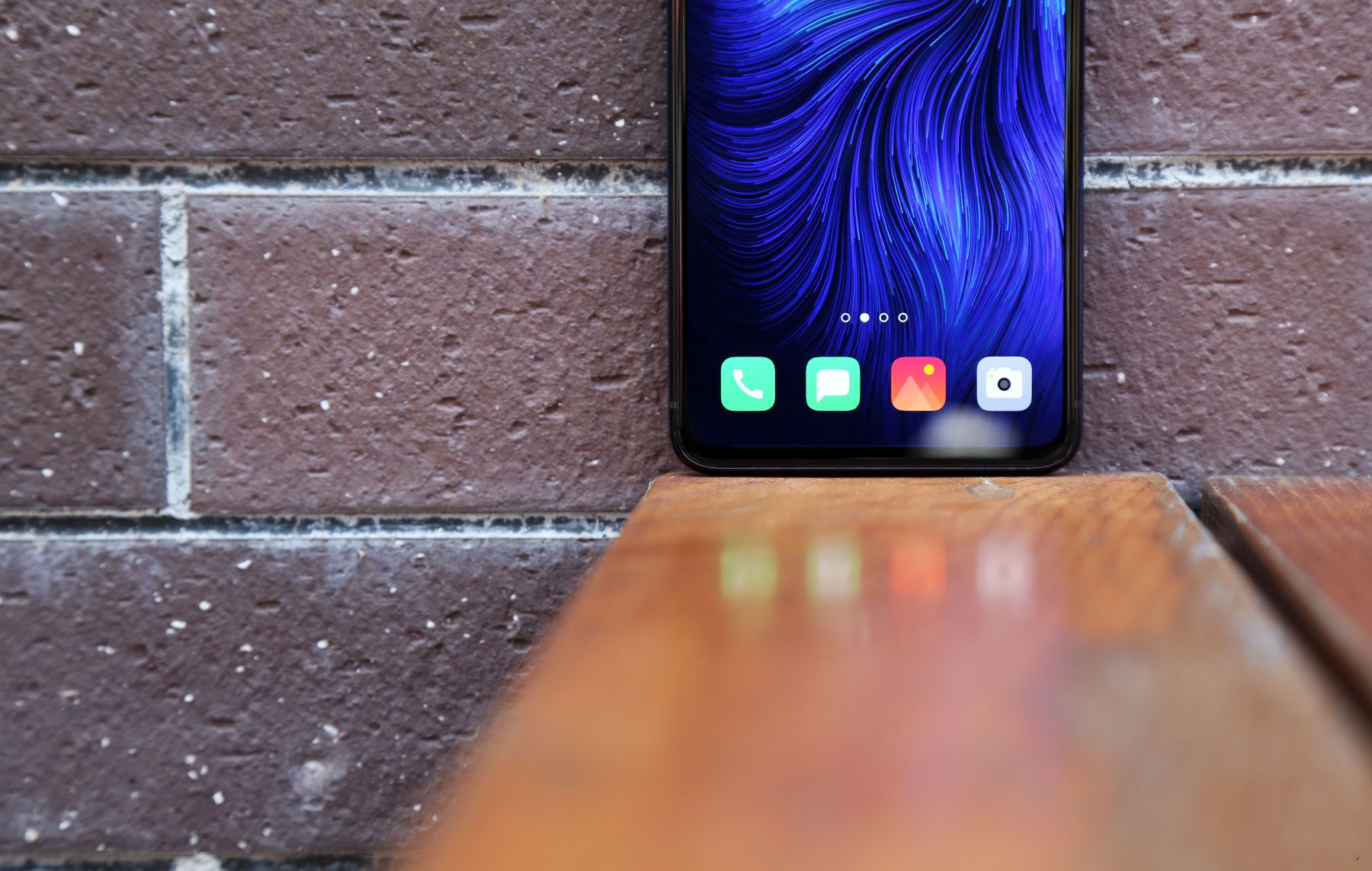 In addition to the above, this time Reno Ace has two noteworthy "Hertzs", one with a 90Hz screen refresh rate and the other with a 135Hz touch sample rate.

By default, it has a screen refresh rate of 90Hz, so you can choose 60Hz or switch smartly in your settings options. The smoothness of the 90Hz screen refresh rate can be noticeable when you turn the page left and right, or brush a microblog, and the picture can be significantly reduced. What needs to be explained is the app in the game scene.

The higher screen refresh rate means that its requirements for the battery life and thermal capability of the phone itself have also been increased, and given the experience of more players, most hand tours now have a certain limit on the number of frames, and we know from OPPO that the current 90Hz mode of Reno Ace supports QQ flying cars, Ace Warrior and three games through the line of fire (followed by support for fortress fronts, quantum agents, laughing awander).

In the future, as more and more phones start to have 90Hz screens, more and more 90Hz-enabled games will be available, but the real process will require a joint effort by mobile device manufacturers and game makers. In a way, at least at this stage, the 90Hz screen refresh rate is more important for you and me as users.

The high touch sampling rate is more obvious for the improvement of game control, and because it provides a faster touch response, your operation will be smoother when you play peace elite or king's glory. 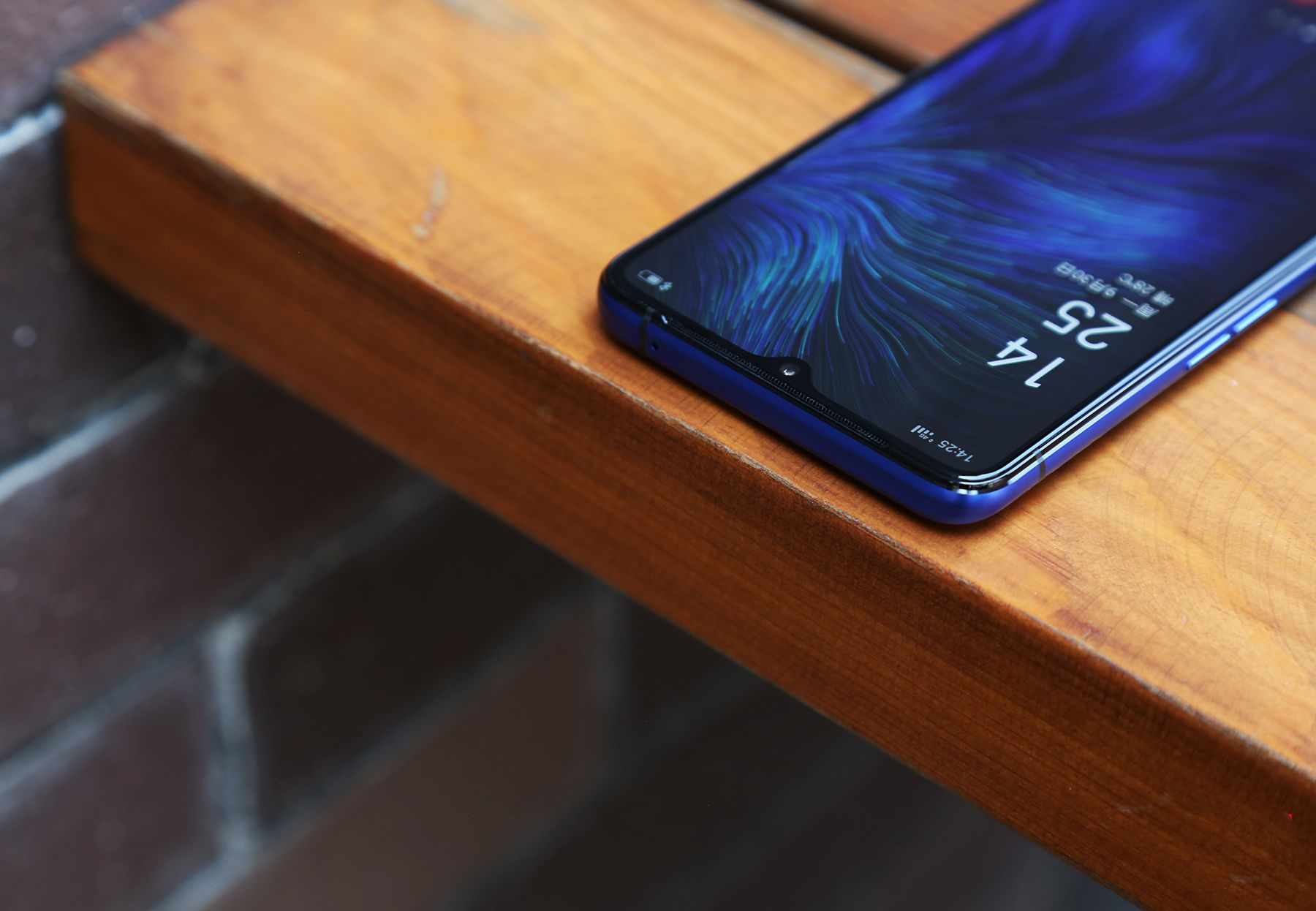 On the other hand, Reno Ace is equipped with dual speakers this time to support Dolby Atmos Dolby's panoramic sound, and because of the large openings in the top speaker, you can still get good sound feedback even if you can block the bottom speaker while holding the phone game horizontally. It's friendly for users who like to play games or listen to music outside. 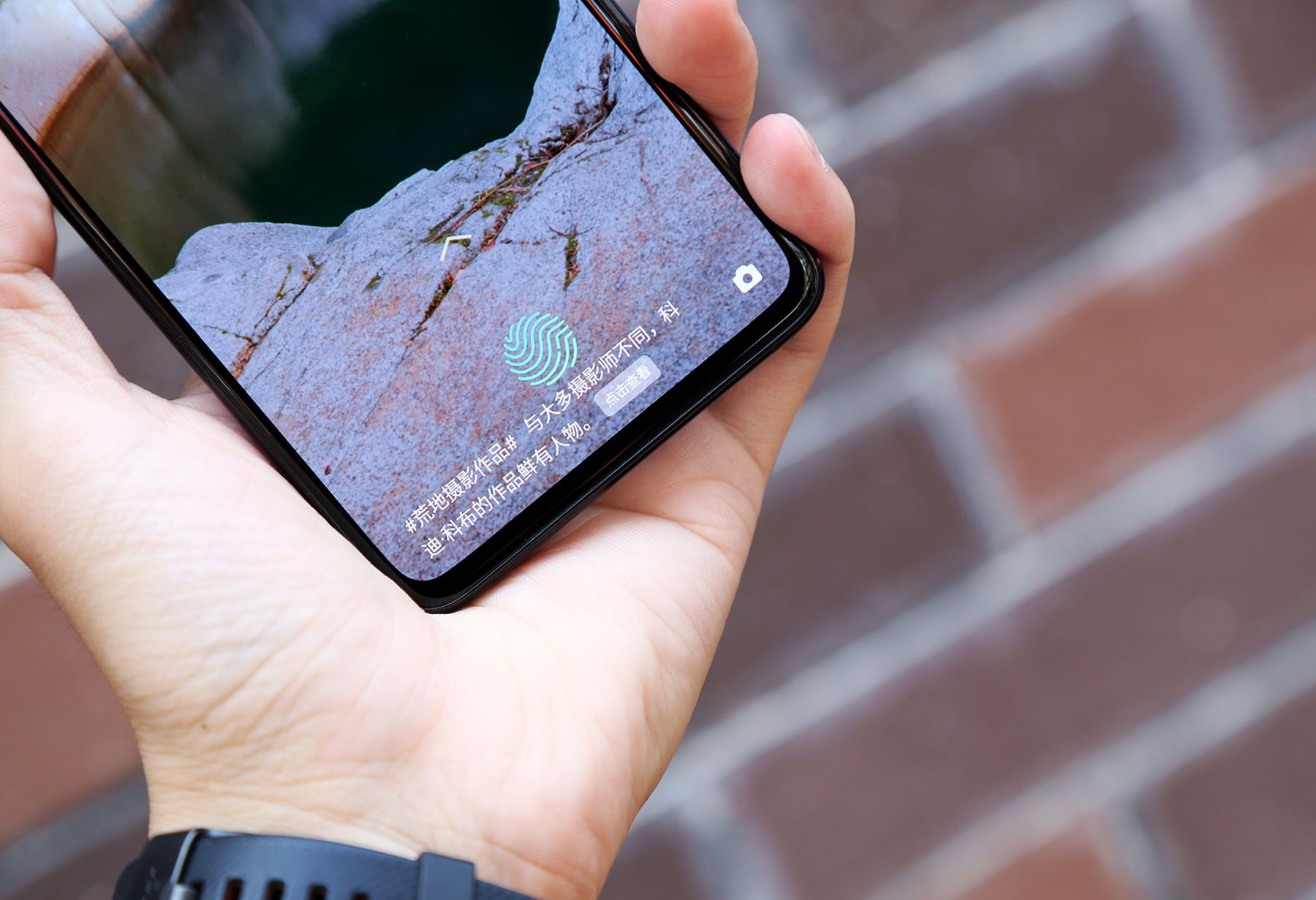 The screen fingerprint and the Reno2 are also used in huito's third-generation optical screen fingerprint scheme, combined with a new screen material, and its unlock speed and recognition accuracy are at the industry's top level, and are very close to traditional physical fingerprint solutions.

Switch to a "raised" camera design and the body is thinner

From the first generation of Reno to the recently released Reno2, the rear lids of the Reno series have a more distinctive family design - a camera module located under the back cover glass cover. That's why the back cover of the previous products is visually visually very holistic. 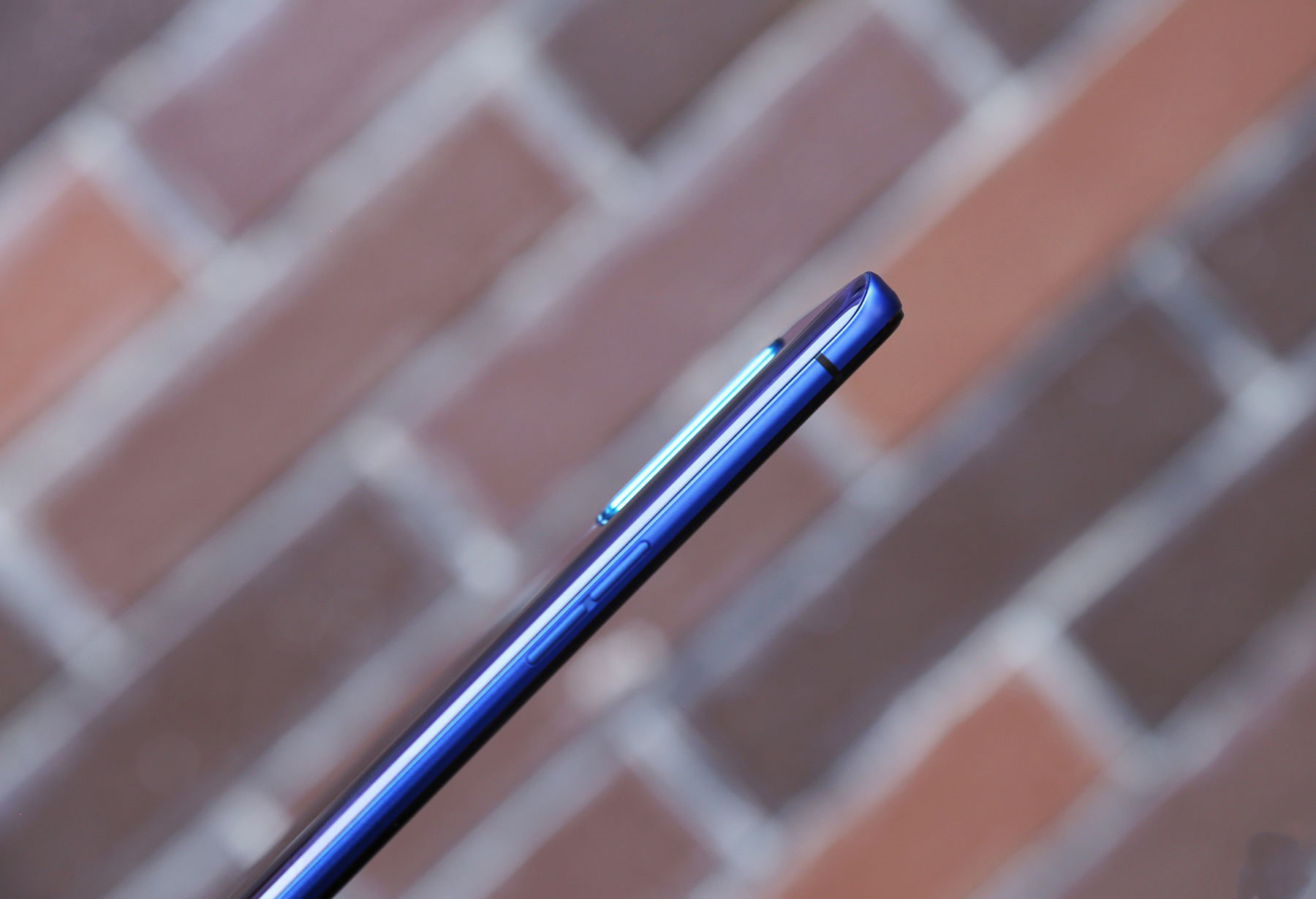 In Reno Ace, instead of pursuing a flat back cover, OPPO uses a regular raised camera design. 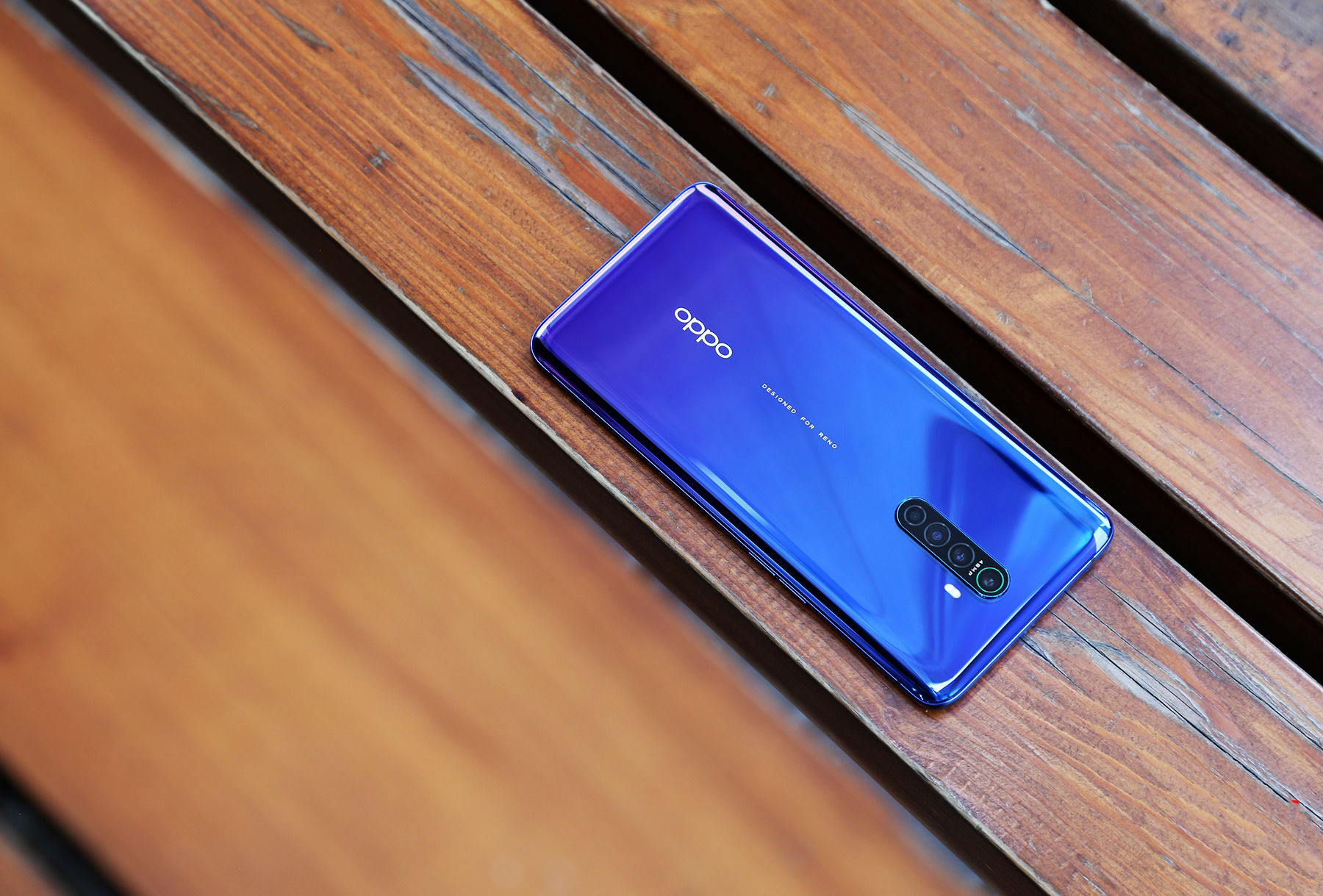 After changing to the raised camera design, the delicate O-Dot dot, which had previously been designed to protect the camera module, was no longer necessary, so we didn't see it again on Reno Ace. At the same time, the bar area connecting the small dots is also canceled.

However, the left and right symmetry concept that the Reno series has always adhered to has not changed, with the OPPO DESIGNED FOR RENO in the center of the back cover, together with the vertically arranged camera, forming the familiar "central axis". 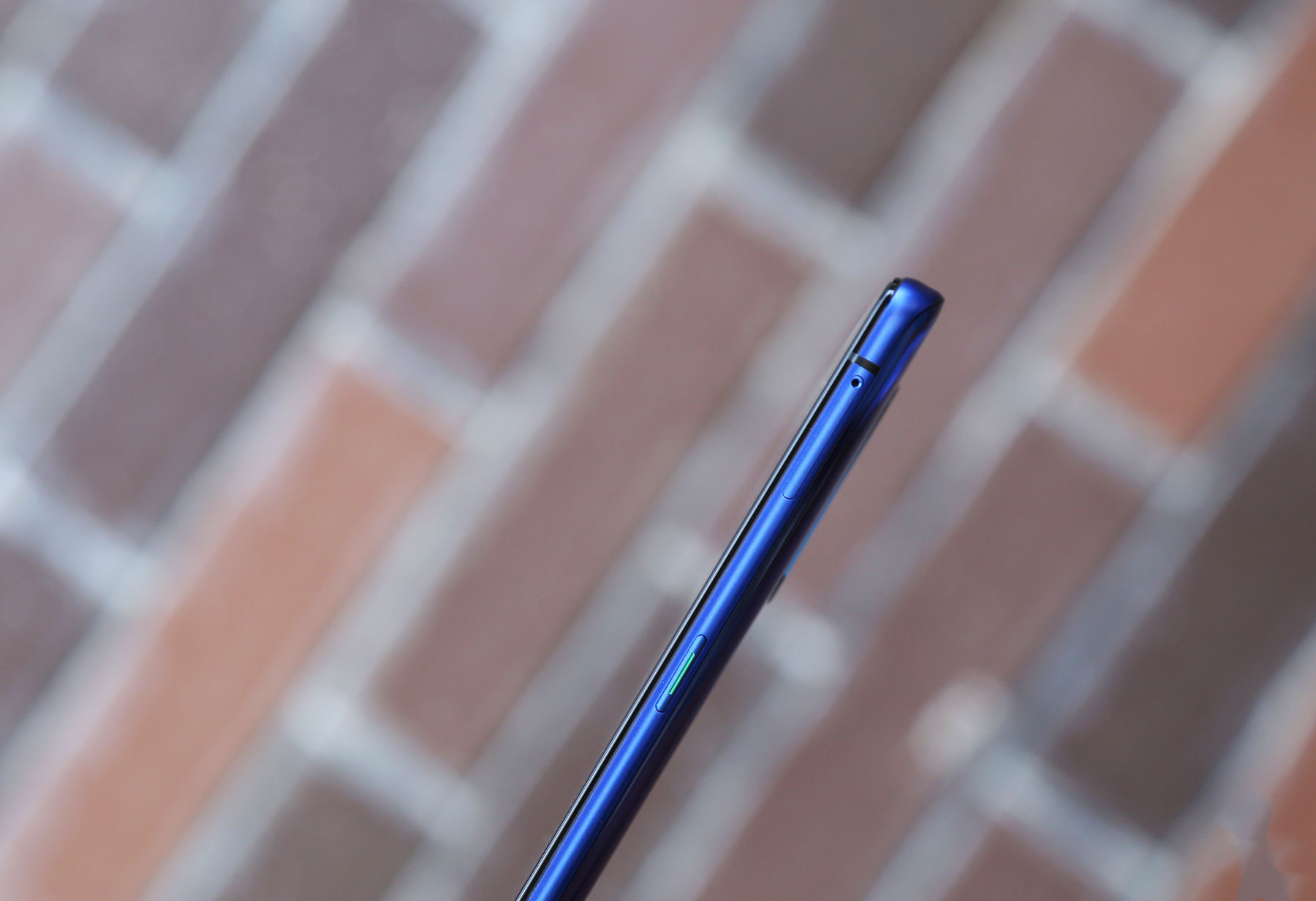 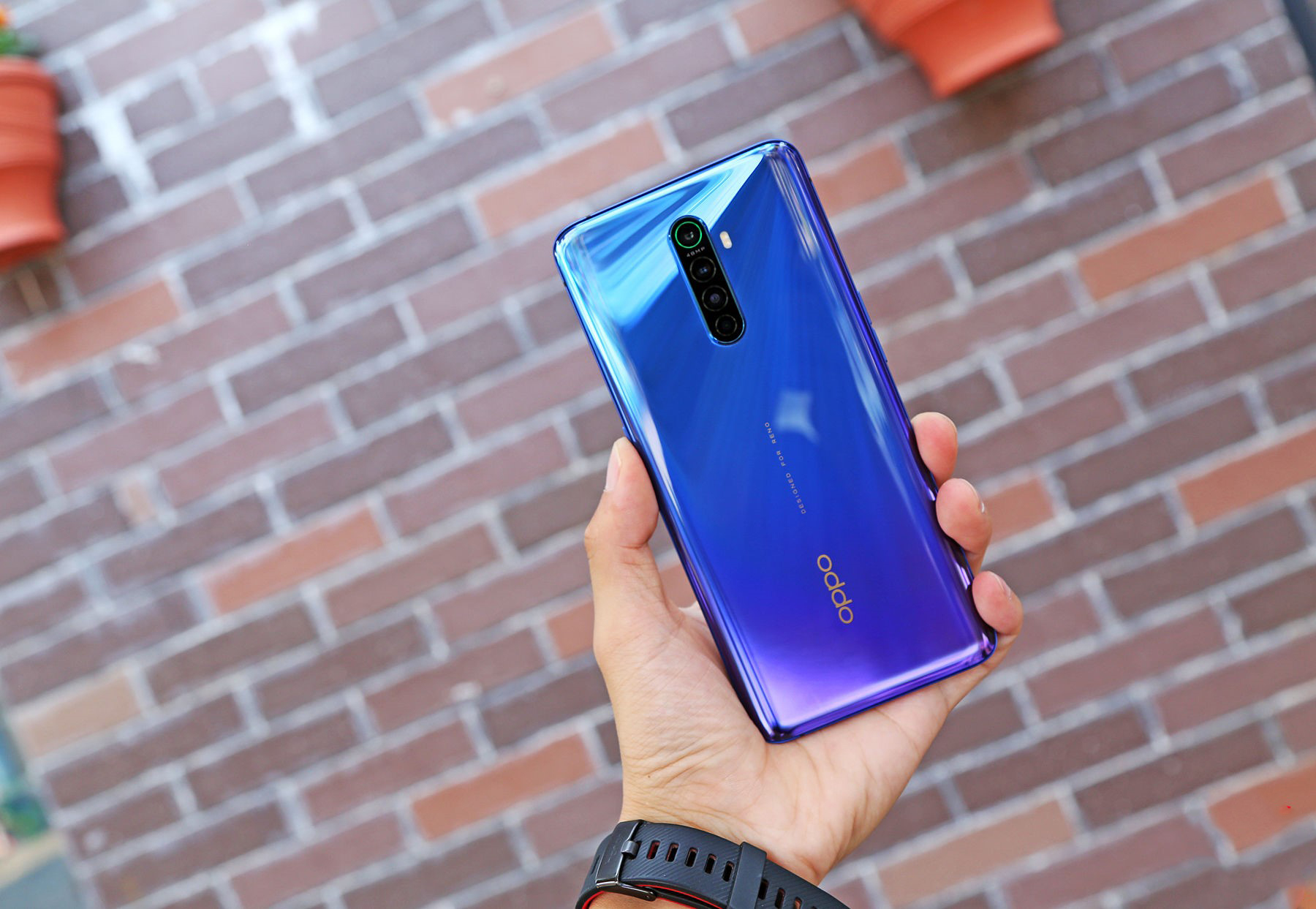 One thing to note is that we also found in the process of use, because its rear four-camera vertical arrangement in the center of the fuselage, the elimination of small dots, just hand easy to touch the bottom of the camera, habits will be better later. 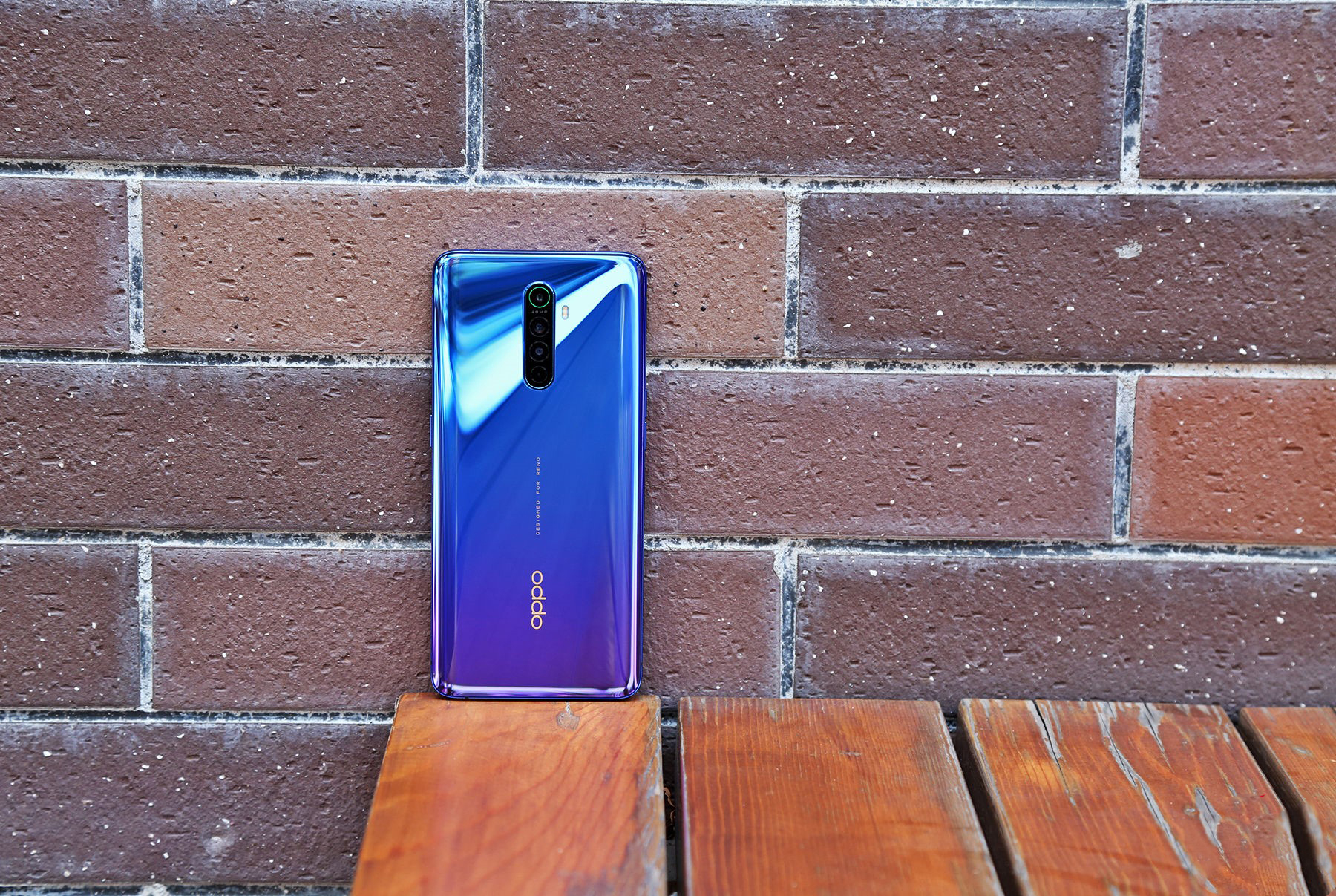 Reno Ace has two colors, in addition to the electro-purple version we have in hand, and the interstellar blue version is optional (the actual effect is more green). On the perception, the gradient effect of the electro-acoustic purple version is more obvious, with the texture radiated from the upper right corner of the body, it looks very cool.

Like the Reno2, Reno Ace has a large 4000mAh battery inside the body, and even in my recent experience, even in the 90Hz screen refresh rate mode, it's enough for a day of normal use, so you don't have to worry about battery life. 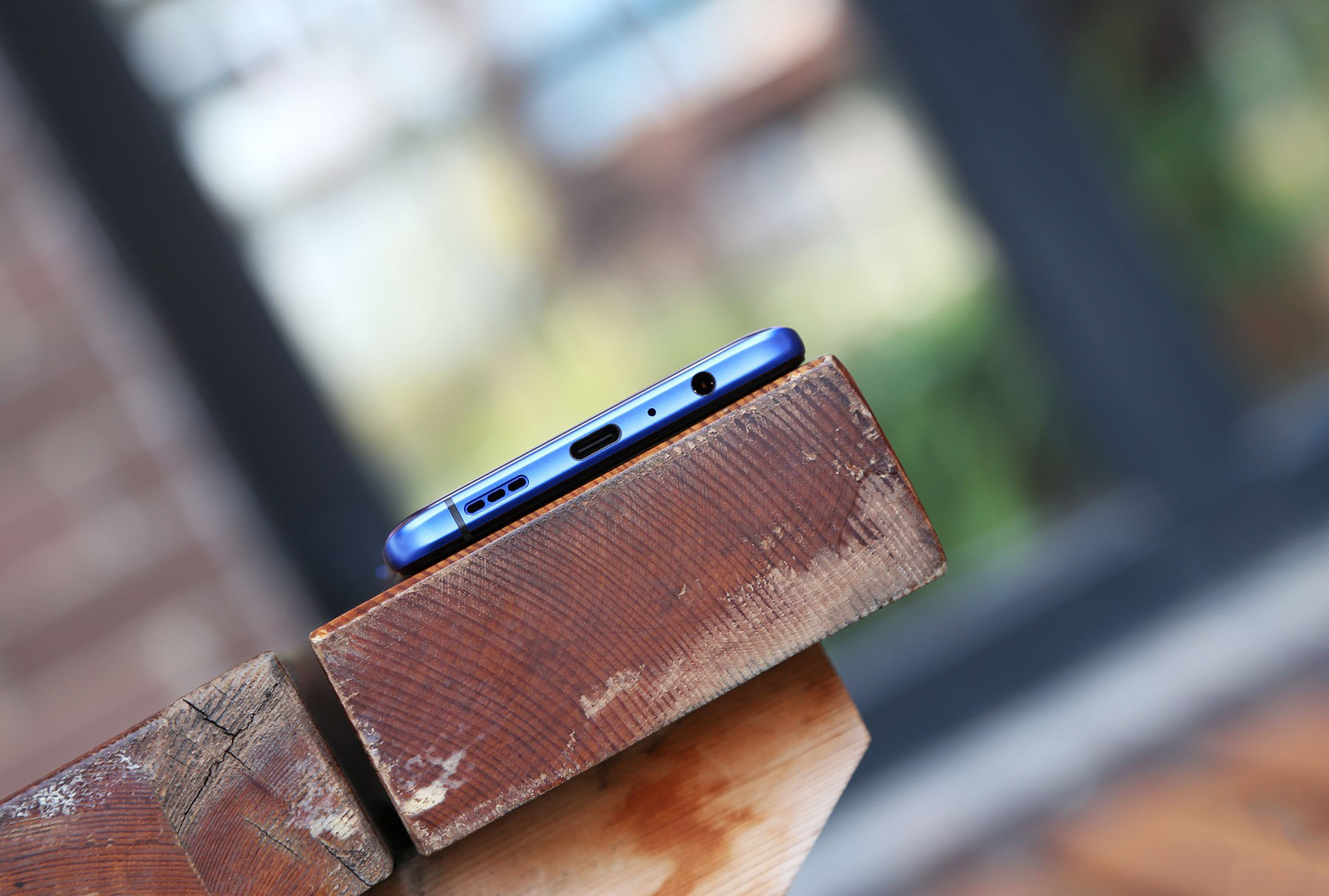 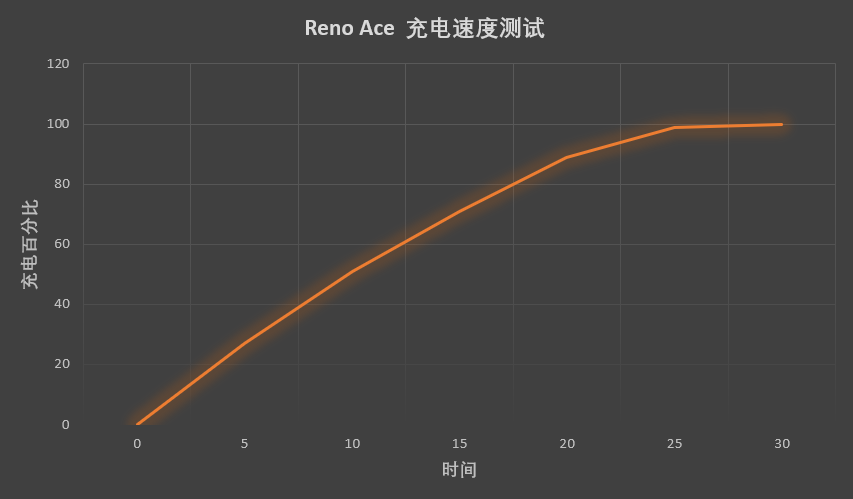 Of course, it's not easy to get to the speed of a half-hour-full 4000mAh battery, so let's talk about how OPPO does it. 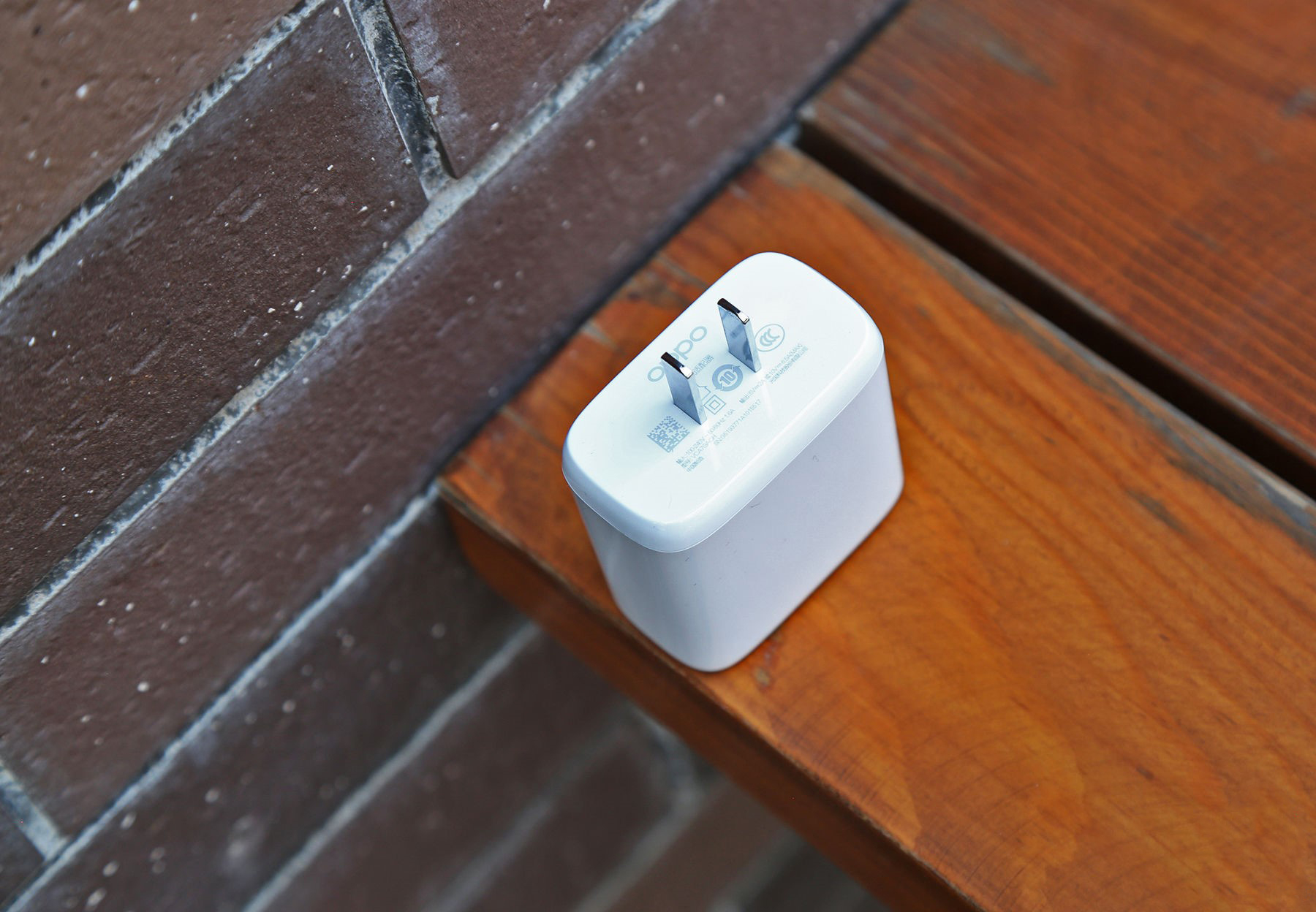 In fact, SuperVOOC 2.0 was developed on the basis of the previous SuperVOOC, which still uses a dual core series of direct charging scheme, the body has two 2000mAh series of cells. In order to enable high-power charging at high voltage and high currents, this OPPO has been improved in power adapters, batteries, and algorithms.

The first is the power adapter, thanks to the high-frequency and efficient GaN power device, although the power reaches 65W, but if compared to the ordinary light laptop adapter you will find that it is much smaller, than I usually use thinkplus lipstick power supply is smaller (I don't know if you have thought of the previous ANKER PowerPort Atom PD1 GaN Charger).

In addition to the above, SuperVOOC 2.0 also uses charge pump downvoltage technology, using charge pump to halve the voltage of the dual core to reach the voltage that can power the phone, and further enhance the fast charging algorithm, maintaining the constant voltage charging power at a relatively high level, increasing the last 10% charging speed.

The "happiness" of fast charging is obvious. To make a more apt analogy, you can no longer plug your phone into the charger before you go to bed every night, and use the kung fu of the morning wash to fill it up, which is real for the improvement of the actual experience.

Dragon 855Plus for better heat dissipation 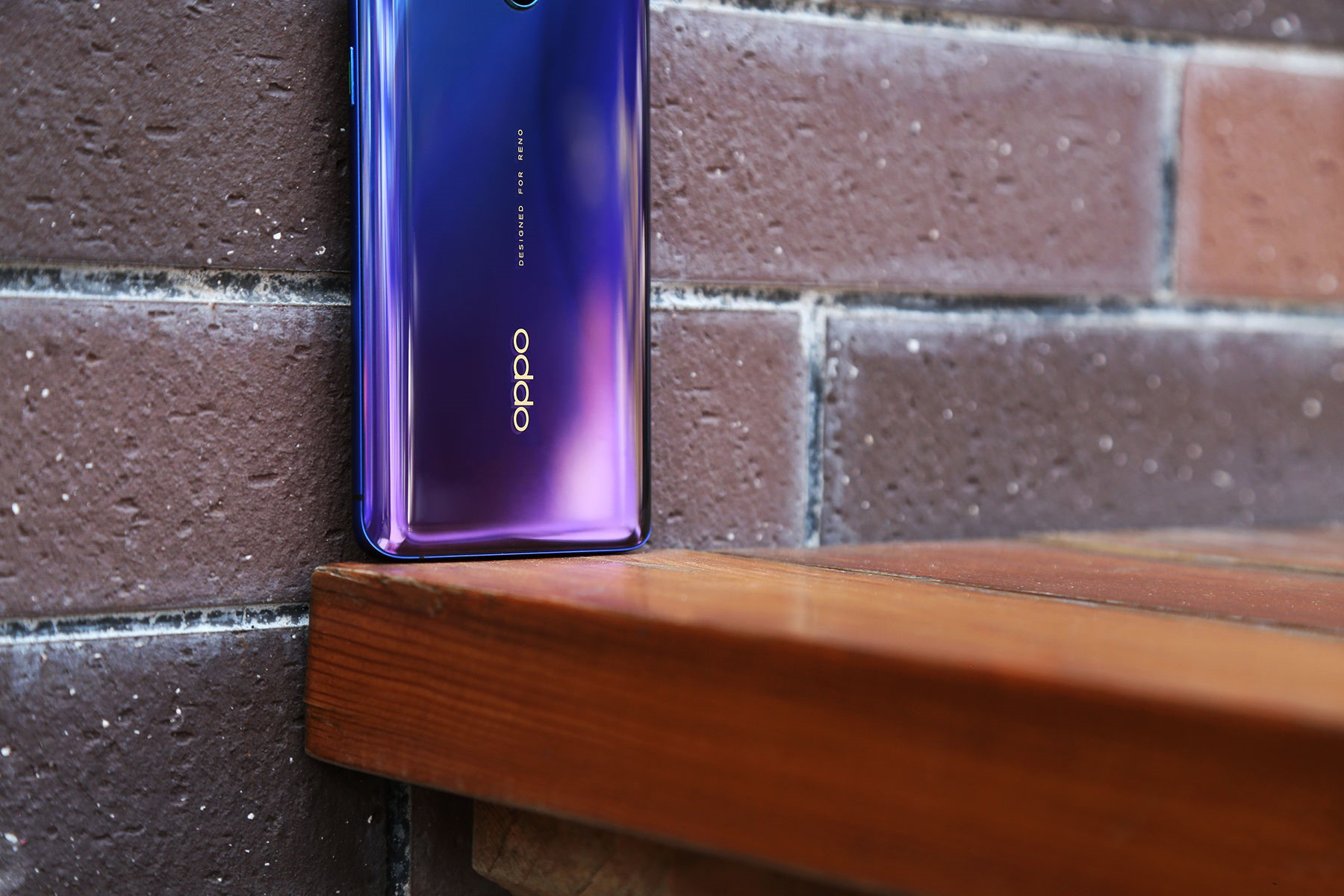 We've also covered the chip with the Dragon 855 Plus in several reviews. Overall, the performance of the main upgrade to the GPU aspect was 15% compared to the Dragon 855, which also supported Elite Gaming, which performed better in the game scenario than the Dragon 855 combined performance. 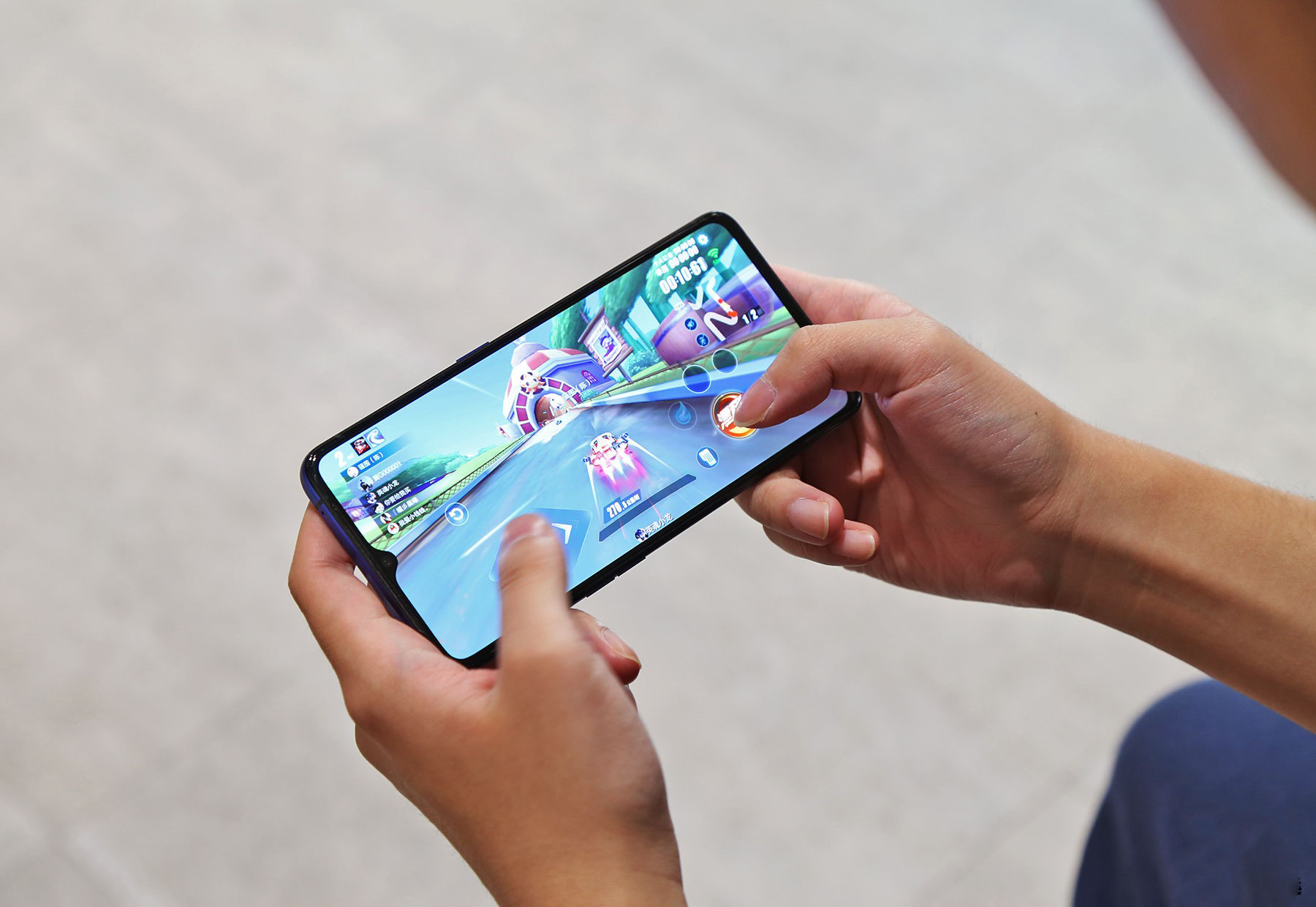 On the gaming side, we also experienced the QQ Flying Car in 90Hz screen refresh rate mode. In the actual game, its frame count is basically stable between 80 and 90 frames, the overall game performance is very good.

In addition to the thermal part of concern, OPPO has adopted a cooling system officially known as "ice carbon constant cooling" on Reno Ace, which is filled with a new composite carbon fiber material, "ice carbon", in the middle of the SoC and VC thermal condenser plate, which is three times more thermally efficient than silicone, enabling effective cooling.

The specifications for the Reno Ace camera section are consistent with The Reno2. Its front-facing camera is 16 megapixels, F2.0 aperture, rear-facing four-camera scheme with "main camera , telephoto , ultra-wide angle and black-and-white lens", main camera is 48 megapixels, Sony IMX586 sensor, F1.7 aperture, and can be a photo with a better four-in-one output under dark light conditions. 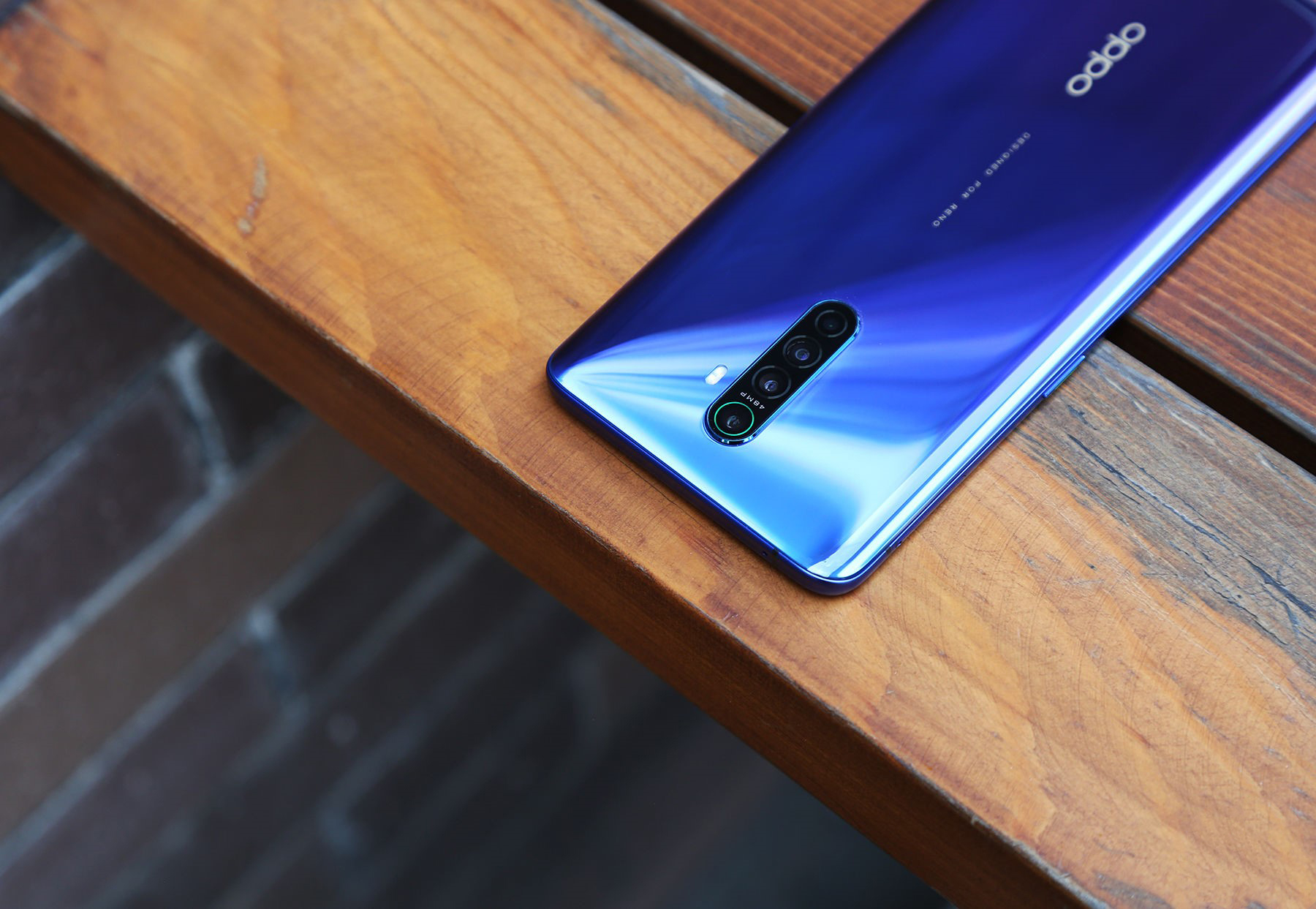 The telephoto lens is 13 megapixels, F2.4 aperture, 1/3.4 inch of light sense, and the other two lenses are 8 megapixelwide and 2 megapixel black and white. The maximum angle of view for the wide-angle lens is 116 degrees, and the black-and-white lens adds a custom retro-style filter.

The following is a sample of the real shot, without any post-treatment, together to appreciate the next. 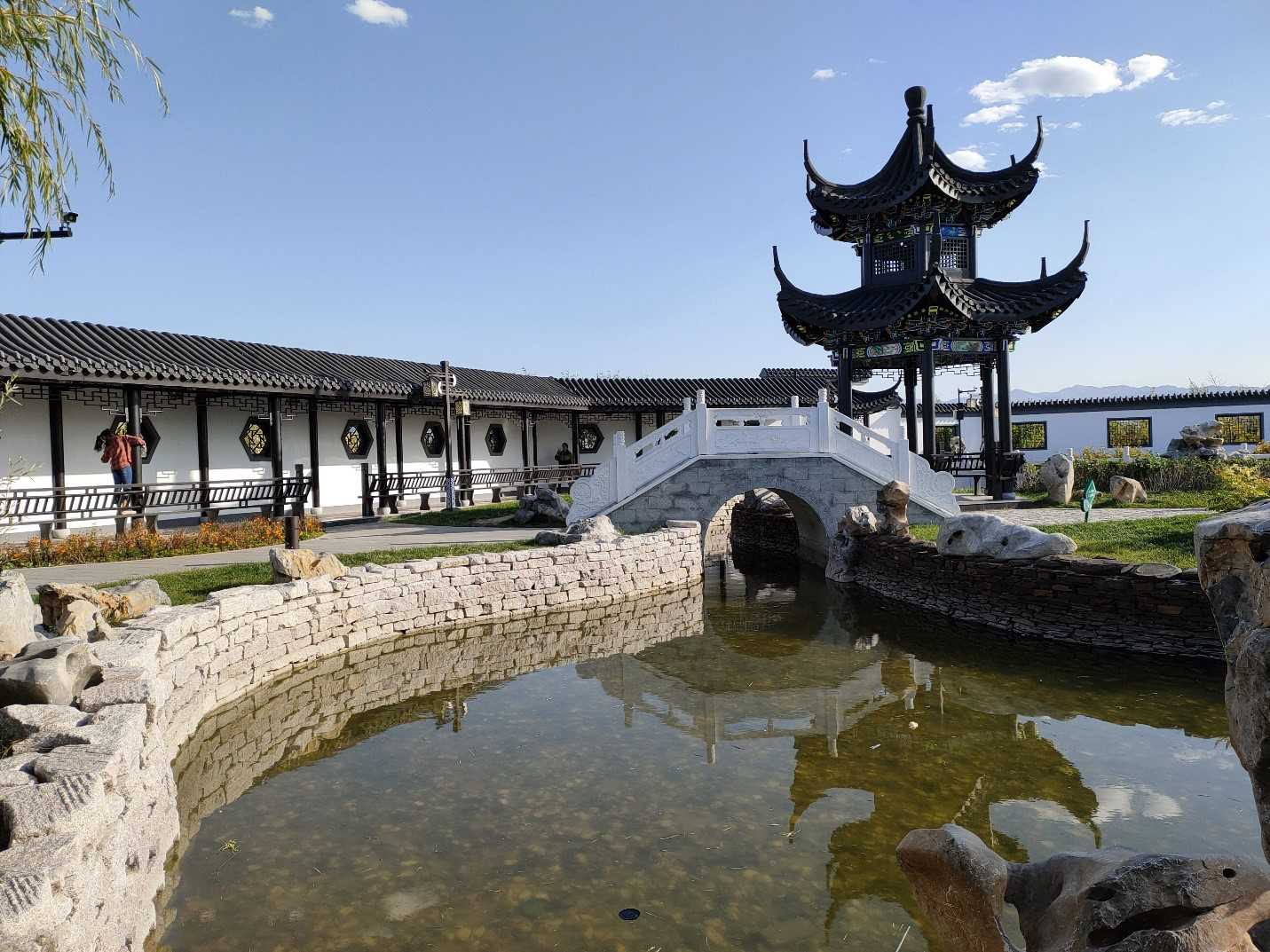 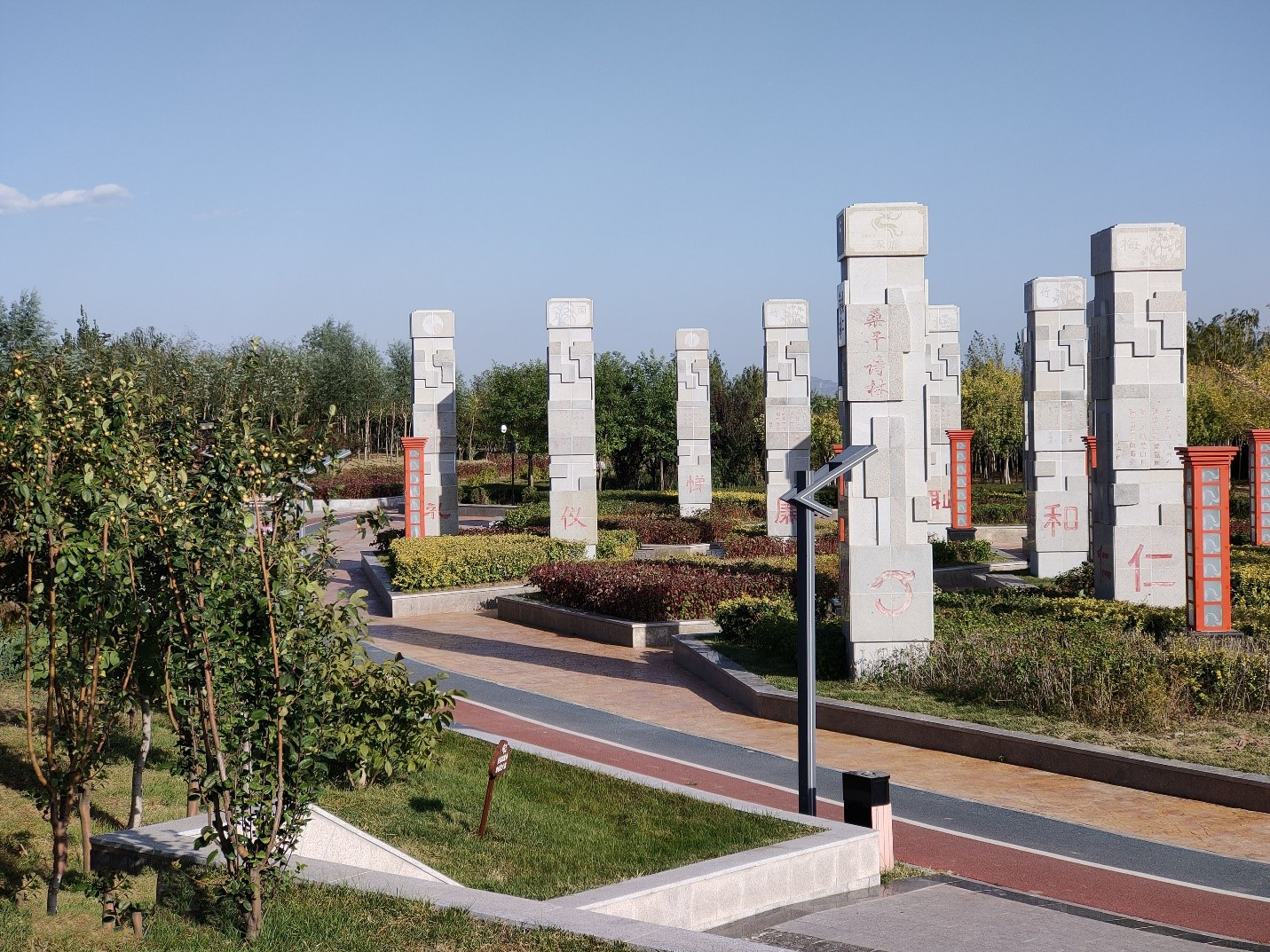 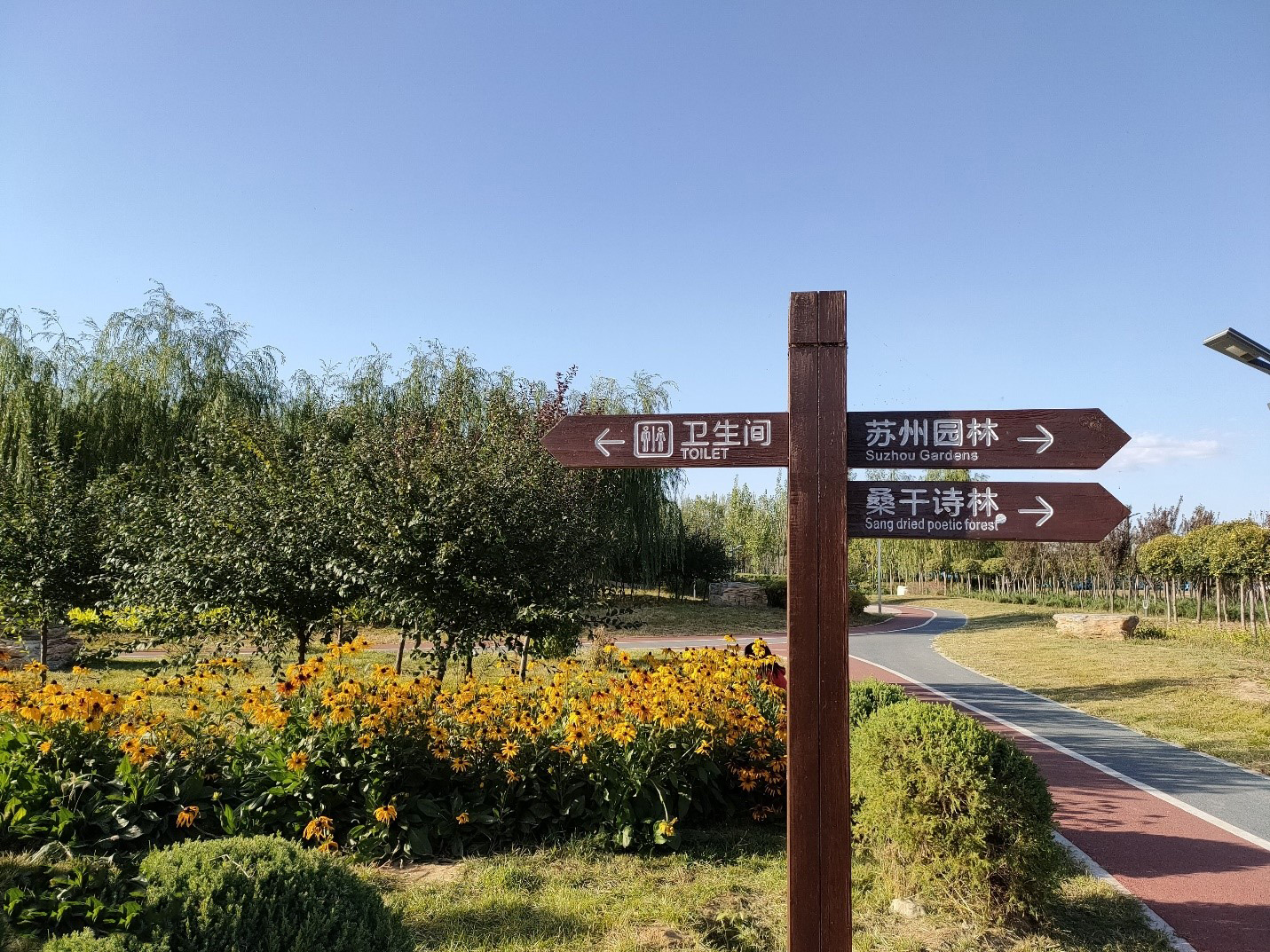 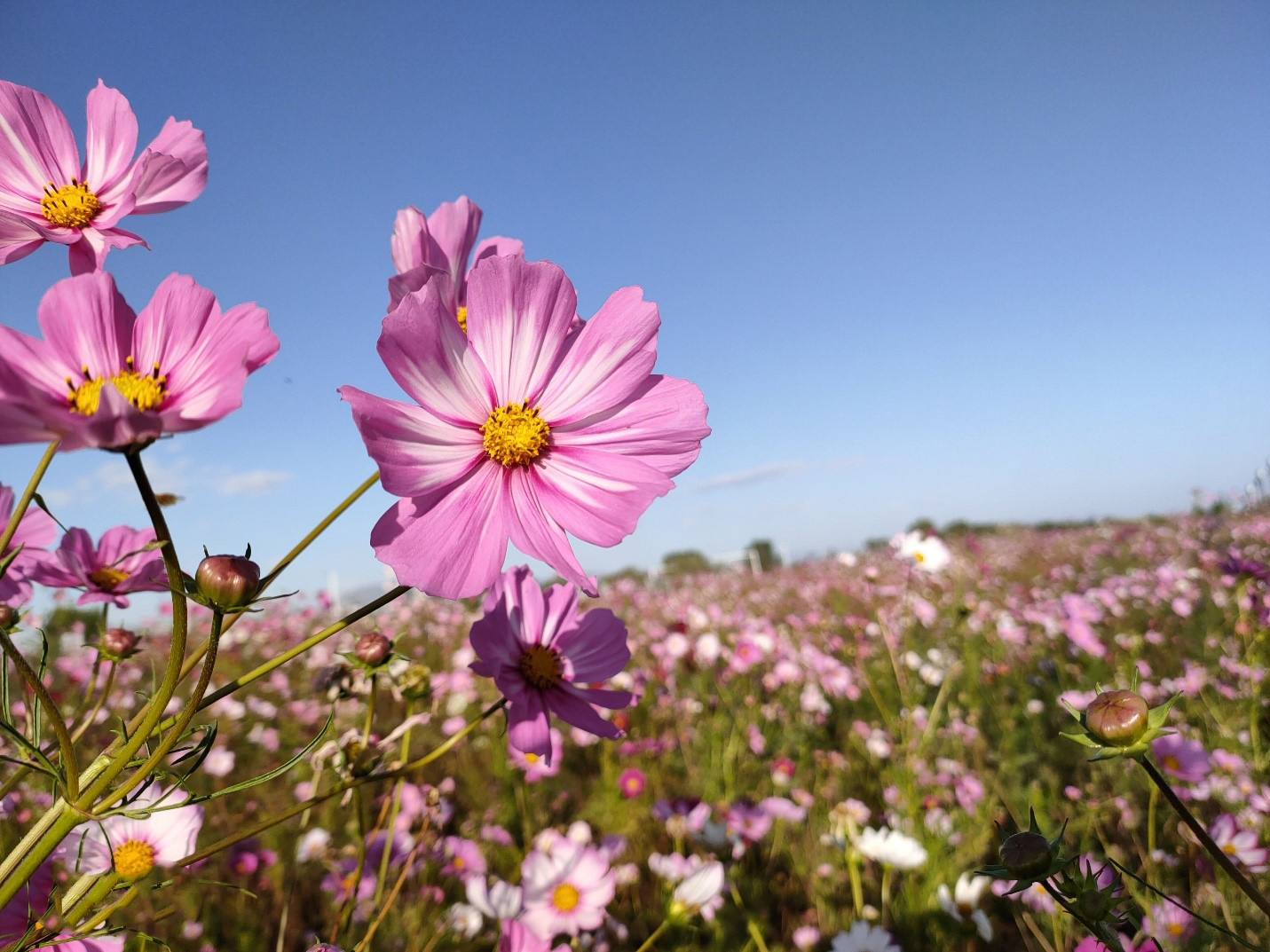 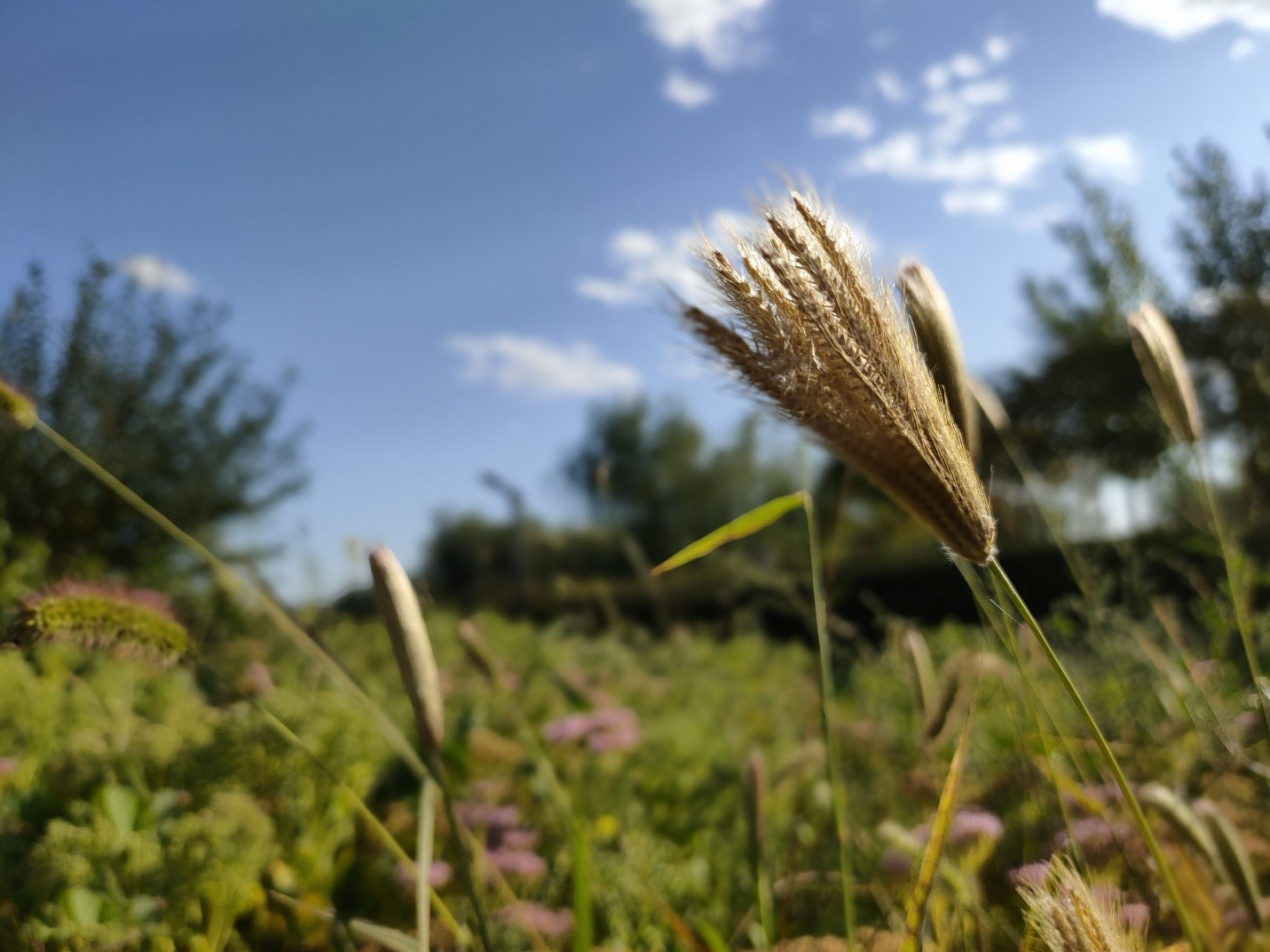 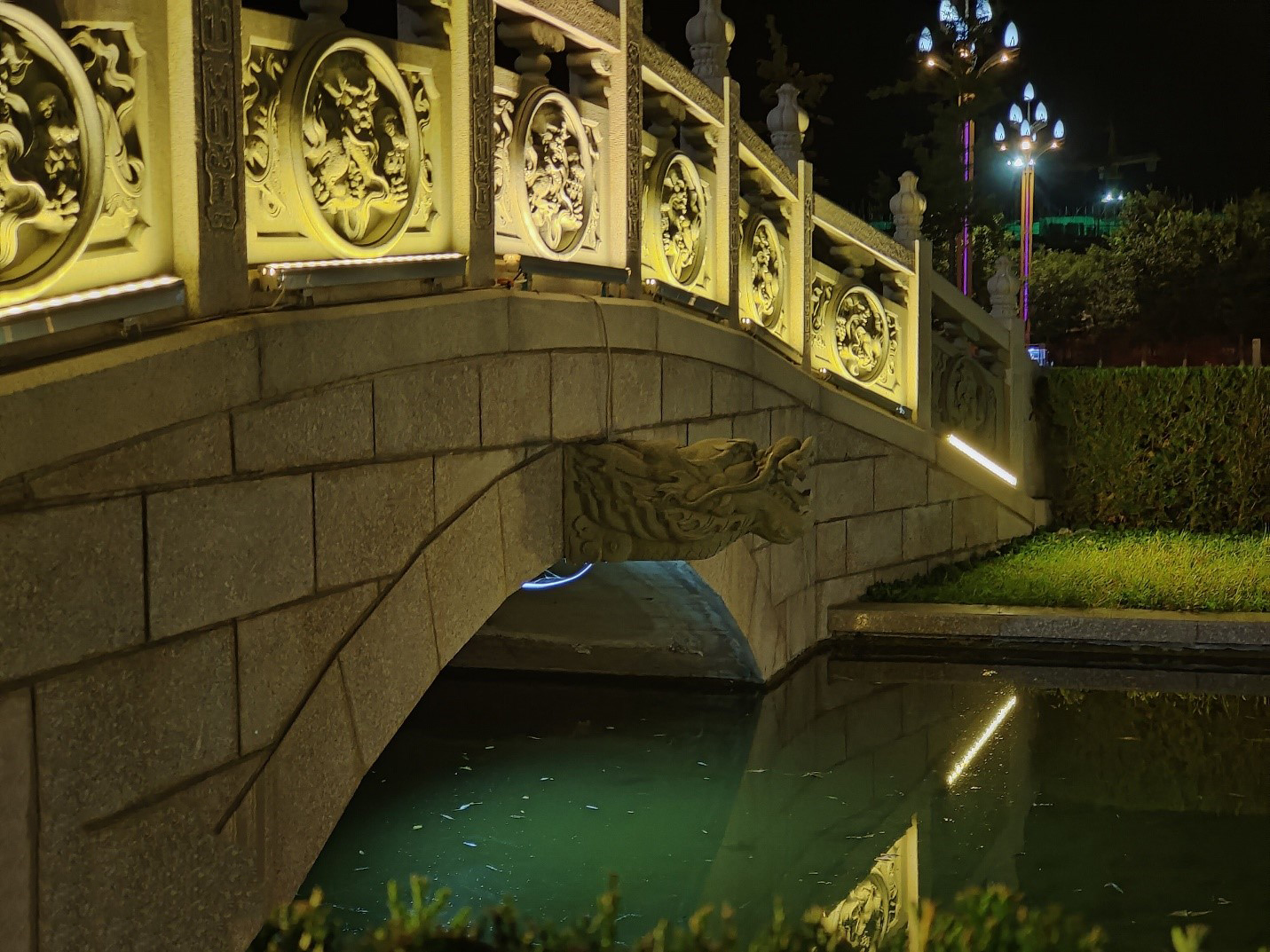 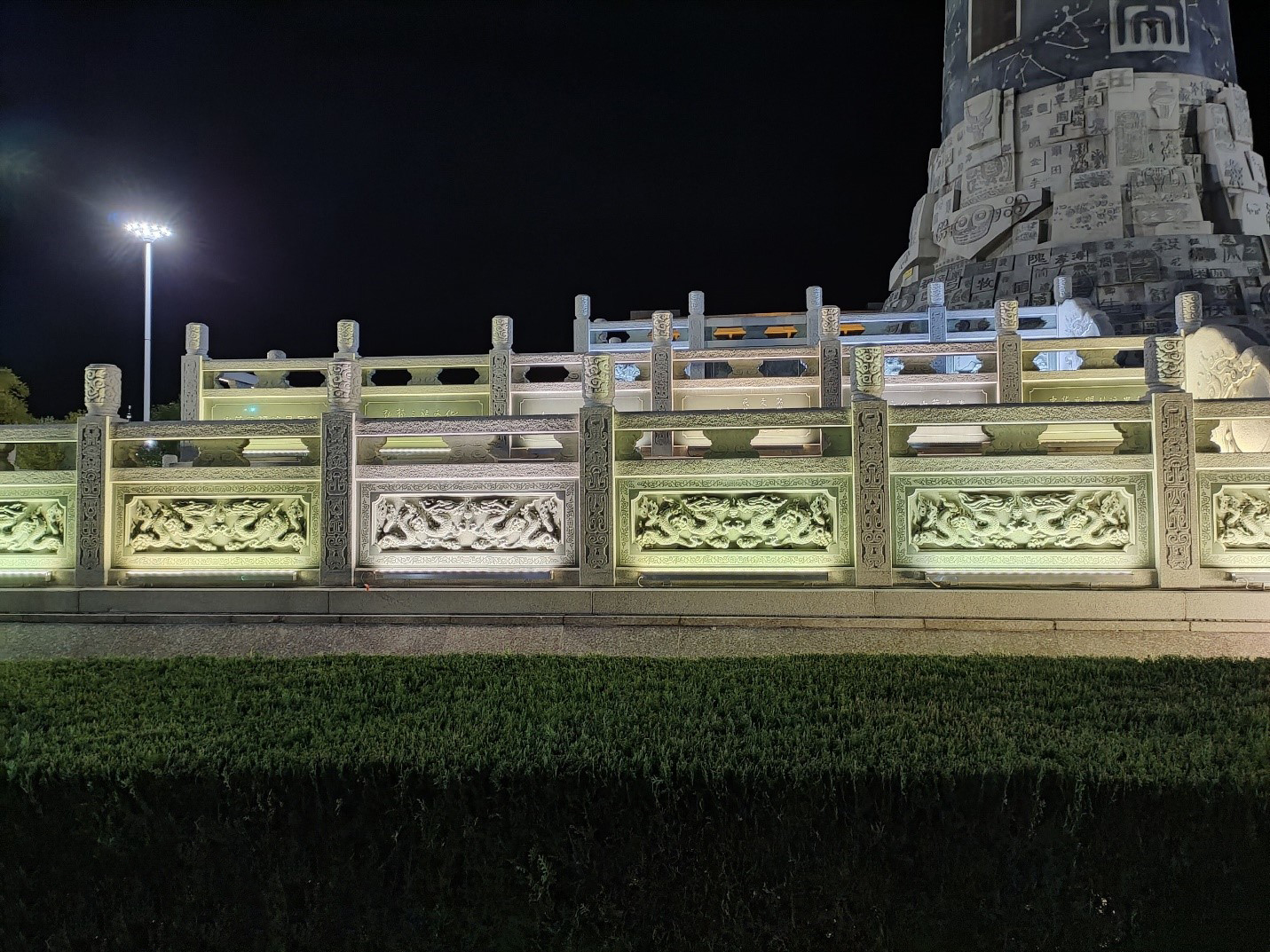 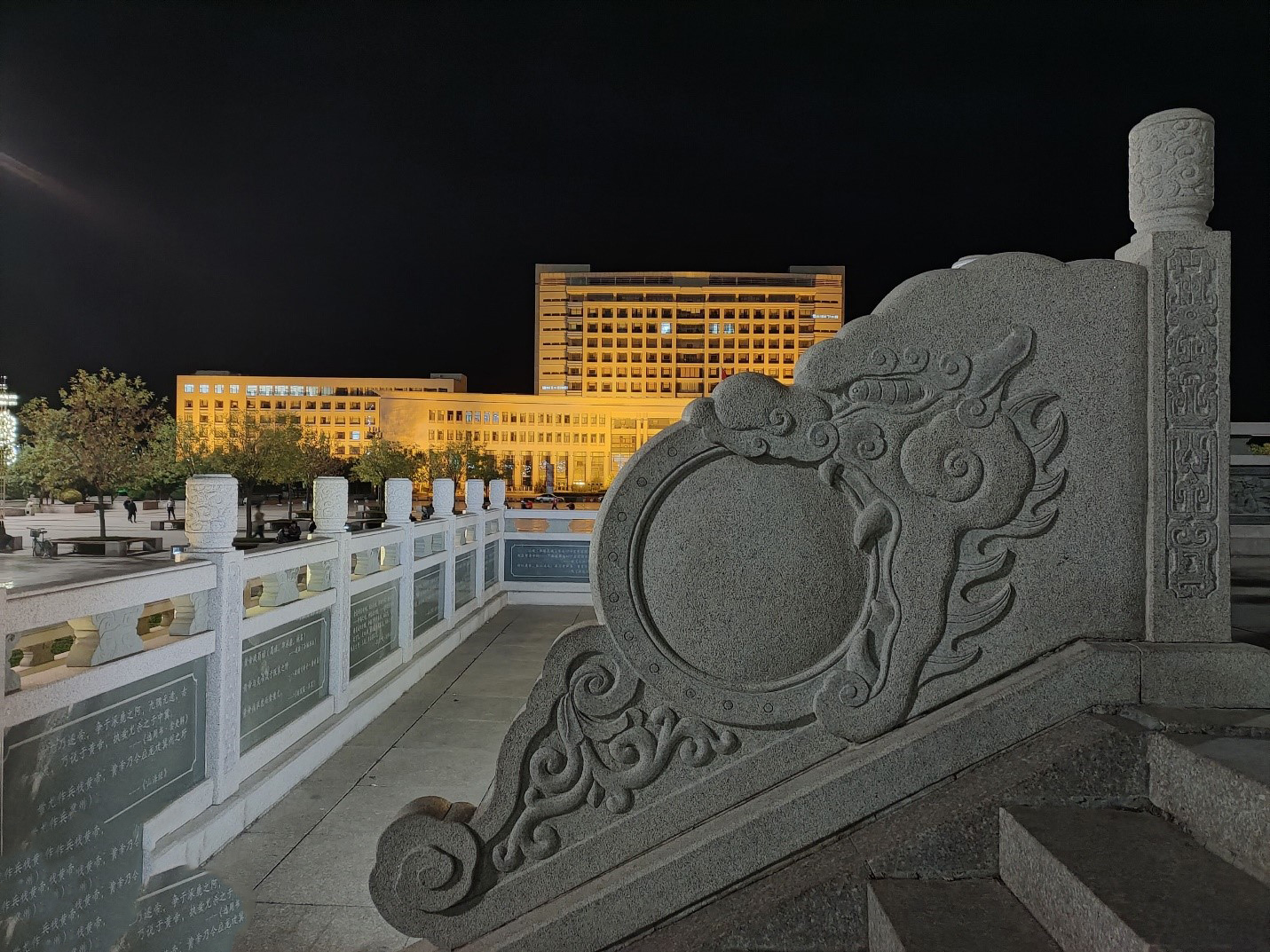 A comprehensive and high-highlight flagship

As the first product in the Reno family to be named after Ace, "Black Tech" and performance are two labels that we can clearly see on it. The first 65W Super Flash makes it the fastest-charging of any mobile phone product, at least so far, making it easier to remember. 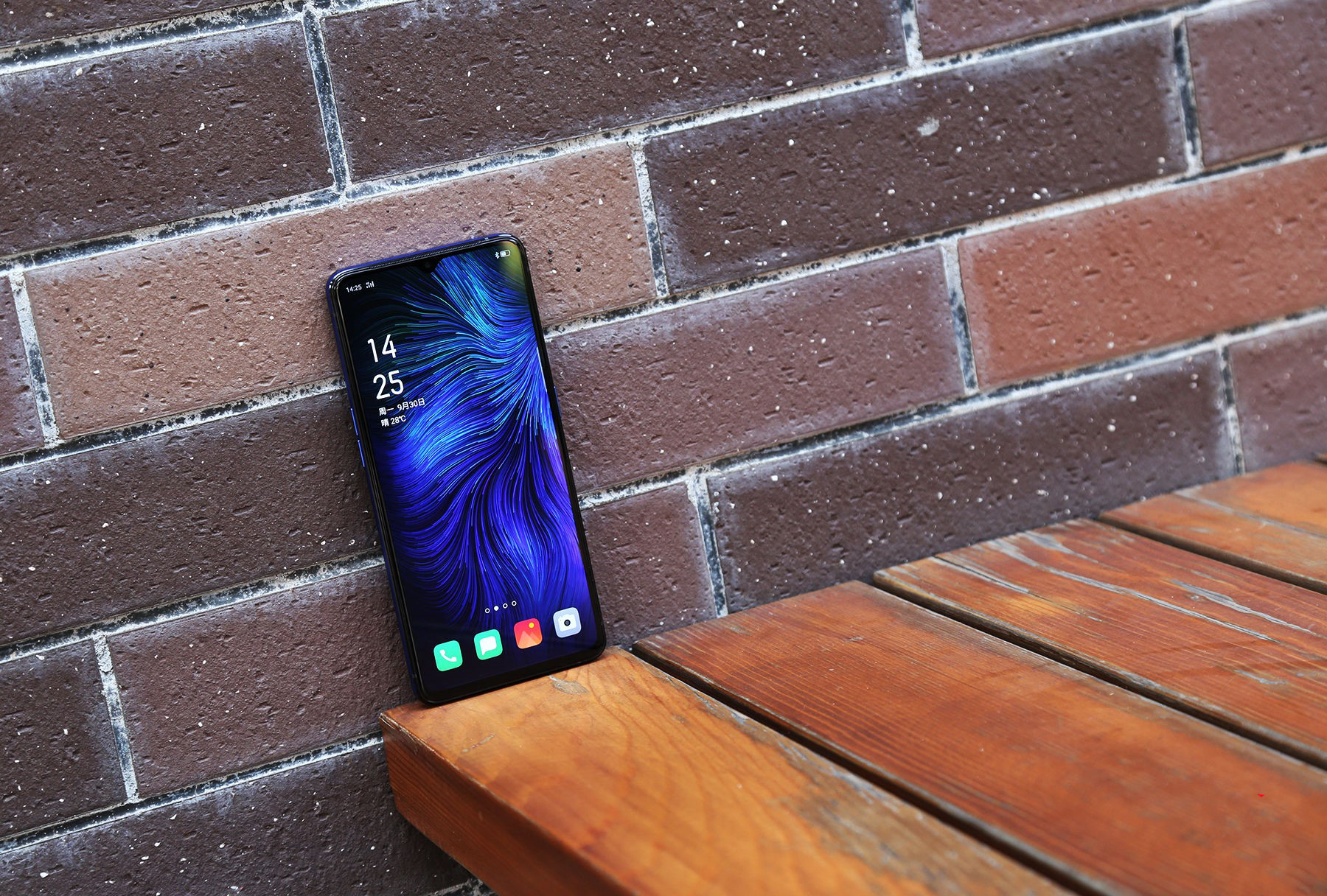 At the same time, the 90Hz screen refresh rate, the Dragon 855Plus, dual speakers, 3.5mm headphone connector, NFC, linear motor, these flagship "should" configurations, Reno Ace did not fall. In a way, although the official did not put it into the ranks of game mobile phones, but the hardware configuration, compared to the game phone has not fallen.

All in all, Reno Ace, OPPO's flagship product for the second half of this year, is also a bright spot across the board. If you're not looking for a weakness, it's a bit of a pity that the 30W wireless VOOC flash, previously unveiled with the 65W Super Flash, didn't appear on it.