Nokia X7 is coming The ambition is just about to start

In my impression, Nokia was already a brand that was quite distant in consciousness.And so, I didn’tthink that I would see Nokia's news in life. After HMD brought Nokia back to the mobile phone market, it was actually not enough in terms of sound volume. As I became very much fond of Android smartphones, I literally didn’t like Nokia’s Windows smartphones.

After that, I received the Nokia X7 yesterday, the one that has been uploaded on the Internet for several months. Now my understanding of Nokia mobile phones has finally opened a new page.

The middle frame of the sandwich, and the front logo that has not been seen for a long time.

Nokia X7 adopts the very popular "Liu Haiping" design. I don't support or oppose Liu Haiping. Although many people say that Liu Haiping is ugly and uncoordinated. But it is not currently possible to remove this part of the supply chain, or hide the front-end design camera like the VIVONEX or Find X.

Of course, the current new trend is similar to the sliding design of the N95 which was more than a decade ago. There is no doubt that a number of slider phones are ready to be released before the end of the year. So,it can be said that the design trend of domestic mobile phones has been quite different from international brands.

Having said that, although the Nokia X7 Liu Haiping is acceptable in terms of form, it is regrettable that this area has not been fully utilized. There is no structural light or infrared face recognition sensors are found on the top. However, the Nokia X7 has a back fingerprint. So, the demand for face recognition is not that strong. 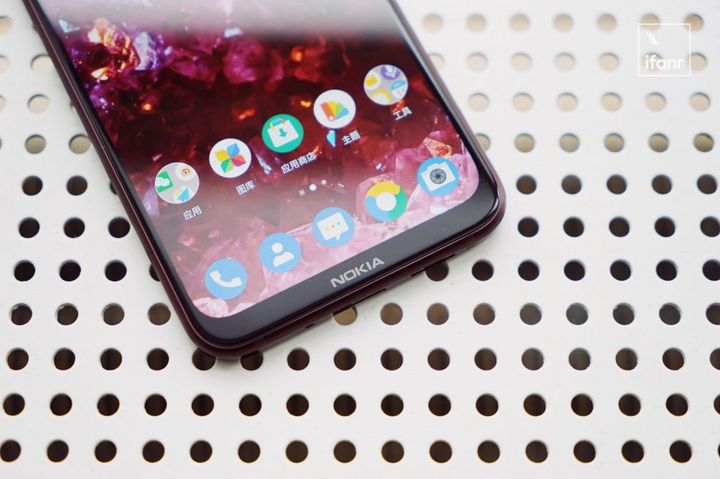 The line of sight shifts to the bottom, and at this price range, it is inevitable that the Nokia X7 has a chin. However, unlike most bare chins, the Nokia X7 has a Nokia logo on the chin.There are now one of the few mobile phones thathave logos on the front. 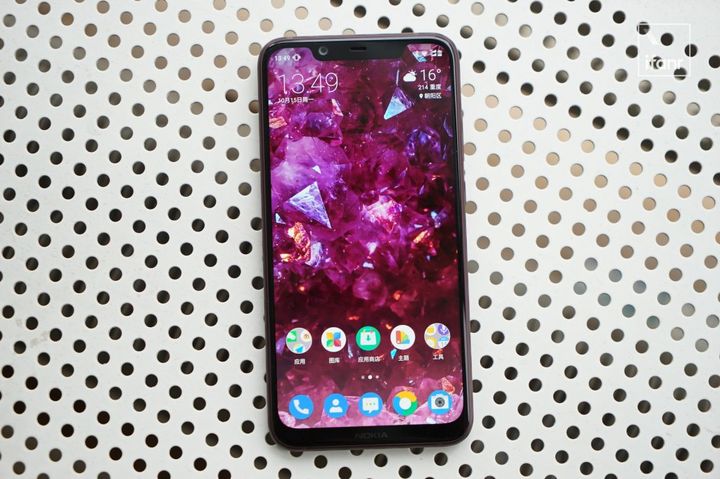 Overall, the Nokia X7 uses an 18.7:9 profiled full screen measuring 6.18 inches with a resolution of 2246×1080. The PPI in real-life is 403. The look is fine.The color and backlight controlespecially in terms of contrast, OLED still has a natural advantage. 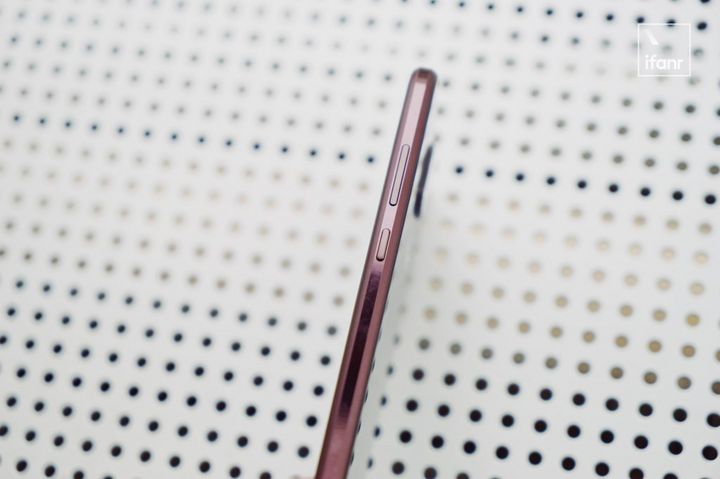 The Nokia X7 uses a "sandwich middle frame" design. The front and rear glass transitions to the middle frame are similar to the iPhone's arc-edge transition.But then it suddenly becomes a right-angled middle frame. The advantage of this design is that the two-color anodized frame is more conspicuous in the case for ensuring the hand feeling. The disadvantage is that the integrity of the middle frame is not that strong. So, the design appears to be a bit broken. 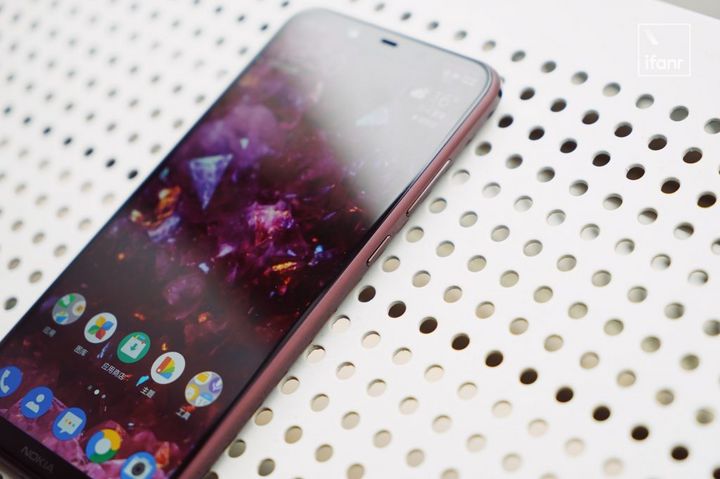 The SIM card slot is slightly above the left side of the phone which is a typical "and or card slot" design. It supports dual card dual standby, or single card and memory card expansion. The power button and volume button on the right side are also felt more brittle.

For the all-metal mid-frame, the injection-proof antenna can't be avoided. This year's new iPhone also added two injection-molded antenna which breaks at the bottom and top of the phone. It felt a bit awkward on the stainless-steel frame. The Nokia X7 also has two injection-molded antennas at the bottom and top, but it is also shaded. Although it's still easy to see that it won't be as awkward as the new iPhone. I took a closer look and saw that the top two antennas appear to be bilaterally symmetrical.The distance to the central axis seems to be slightly different. 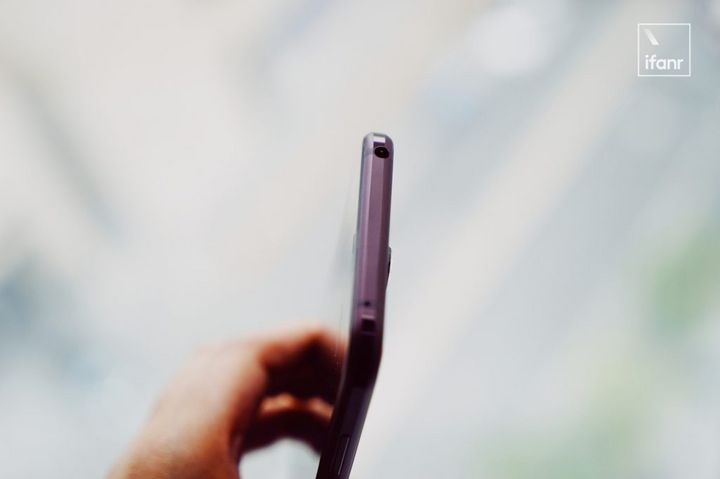 By the way, do you want to hear the exciting side of Nokia X7?The Nokia X7 still has a 3.5mm interface design on the top of the fuselage. Before the Android camp, there was no experience like the AirPods.The wired headsetswere still stable choices. But now that winter is coming, it seems that people who use earmuff wireless headphones on the street are starting to get more.

The bottom design has a normal design.The USB-C interface is used in this phone just like the most mid-budget mobile phones. The speaker port is very mini, but the actual volume can still explode quite a bit.But we think the overall sound could be a bit louder where it is a little thin. 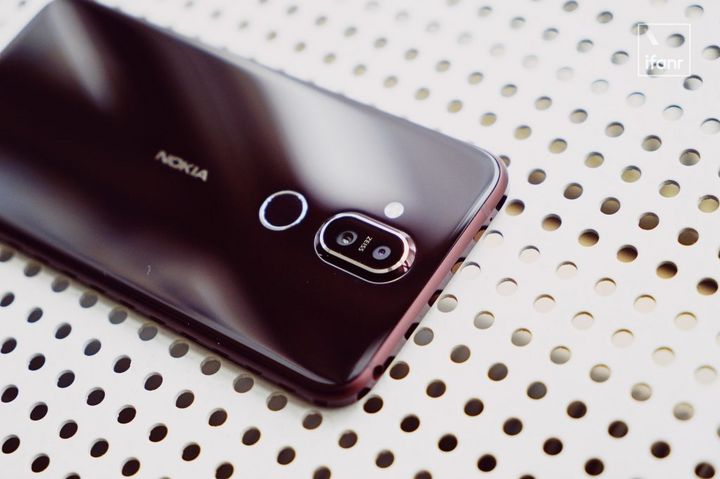 The backside uses the same 2.5D glass as the front panel for keeping the same feel from the two sides to the middle of the frame. At the top of the middle portion of the phone, there is a ZEISS-certified camera. The Nokia X7 is undoubtedly a dual-camera solution. Observe the aperture to see the main camera. The main camera is the lower one. The overall bulge of the camera is obvious. Even in the raised part, a two-color layering process is used.This slightly reduces the visual height. The flash is on the left side of the camera.

Thefingerprint sensor is found just under the camera section. The back fingerprint of the Nokia X7 is intentionally cut to a thickness.The height difference from the back cover of the glass is small. If you slide your finger, it will make a "sand" sound. It is obviously because the surface of this decorative ring has also been chamfered.But in the case that the camera has been raised, I am still willing to exchange a little bit of height for fingerprints. 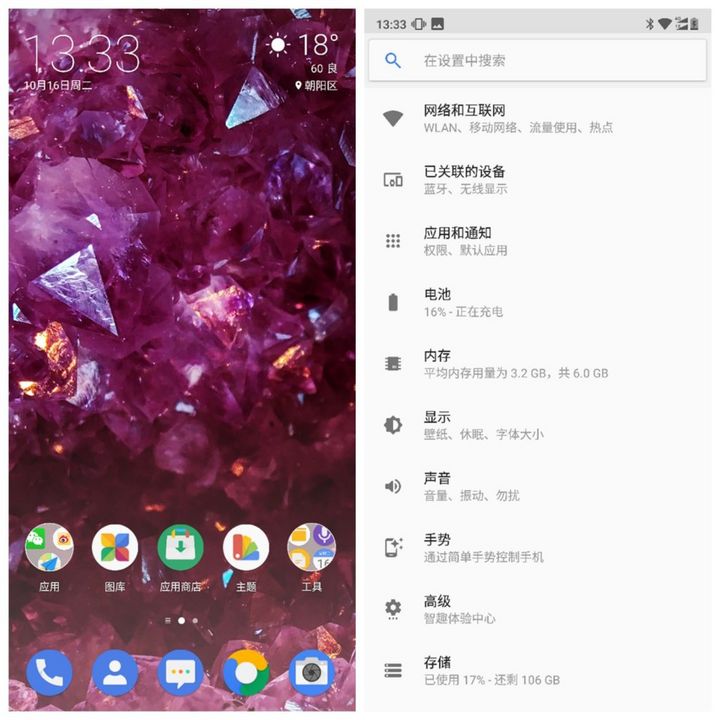 From the various systems in the Android camp, I will sort them according to my own preferences. The Nokia X7 will be put into the second echelon with its native-like system.It is because the pixel is natively optimized by Google. On the other hand, it has more freedom than the Google system. 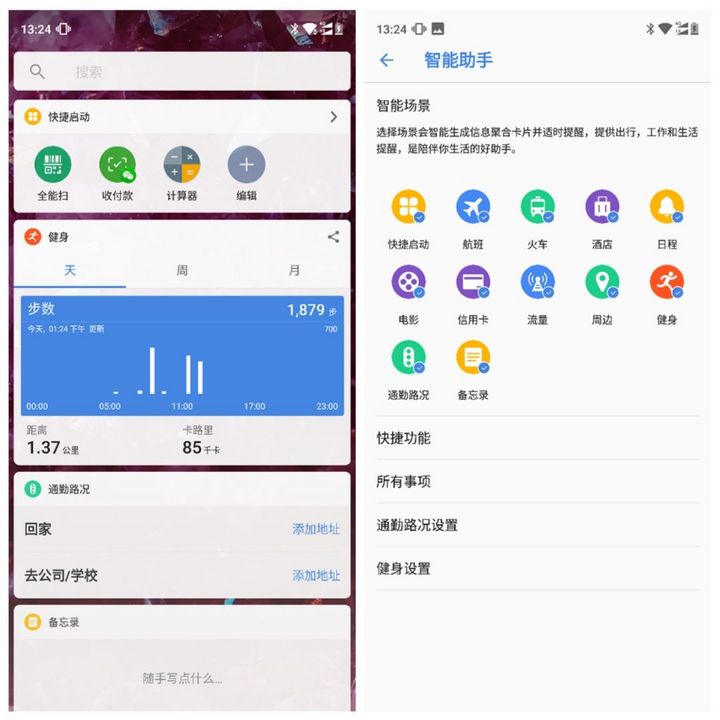 A big feature of this kind of native system issimplicity.But for quite a few people, it may be considered simple. In my years of experience using native Android, the current native system is not really that simple. It's just that the localization function is not as close to the Chinese people's adaptation habits.Because they are very much fond of Xiaomi’s MIUI and other systems.

Fortunately, the Nokia X7 still has some intimate small features such as a negative screen design, calendar, flight and commute, other office reminders.Entertainments, such as movies, fitness, and peripherals are also included. However, the most commonly used logistics express reminders are not available here. It seems that localization still needs to continue to do better. 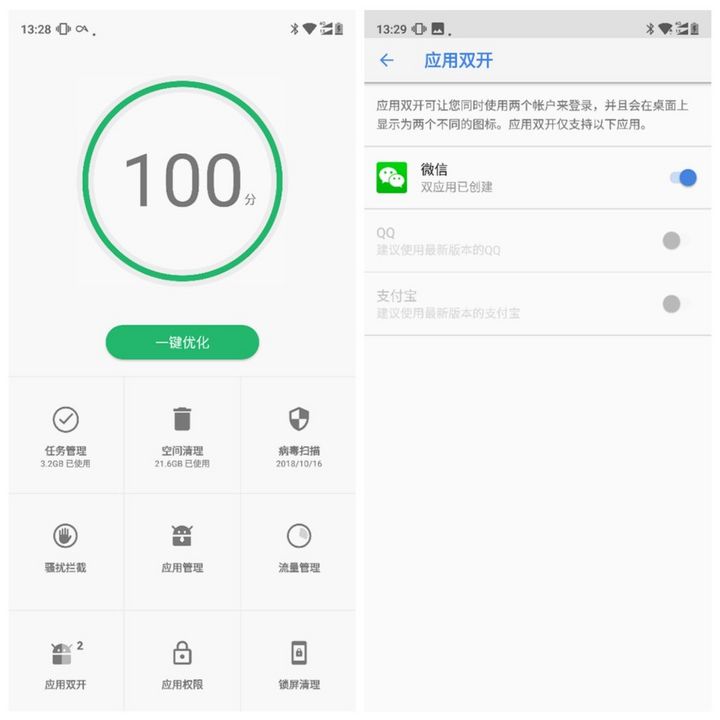 There are also some Chinese features that are reflected in the Nokia X7.The application of dual-open (currently support WeChat, QQ,and Alipay), game assistants, scrolling screenshots and other common small features are found in the system. I also saw the mobile butler app, but after entering, I found that the function is very simple.Many will jump to the relevant system-level function settings.But if you are not familiar with these systems, then the mobile housekeeper is indeed a good entrance.

More interesting is that the Nokia X7 also added a screen recognition function similar to the big bang.The recognized text will be automatically segmented. OCR recognition is also supported there.

Nokia N7 is equipped with the second flagship platform of Snapdragon 710, which is quite competitive at this price range. There are three versions of Nokia X7: 4+64 GB/6+64GB/6+128GB. Snapdragon 710 is actually a combination of performance and price advantages.

At present, Nokia X7 has been upgraded to the latest Android 8.1. It will be upgraded to Android 9. In fact, according to reports from relevant media, it is already in the process of testing Android 9 on this model. I believe it will be relevant soon.

What is the effect of "small shots"? 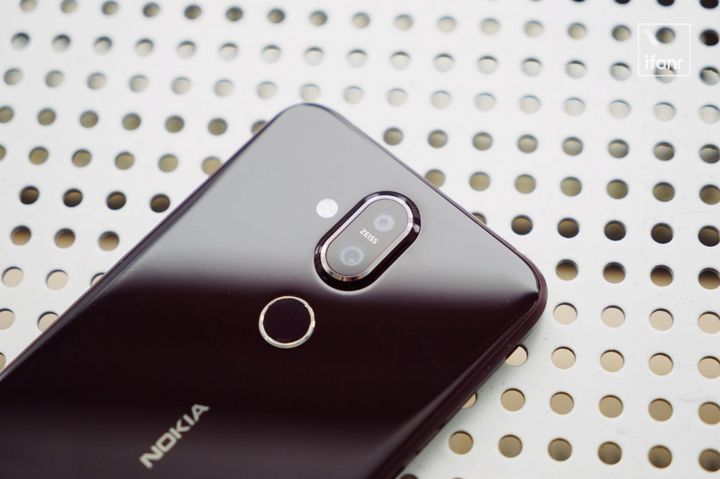 It’s time to talk about the photo session. The Nokia X7’s copywriting is very simple and confident. It’s just “snap and screaming” where the ambiguity of the Nokia X7 has just begun.

The Nokia X7 features a 12-megapixel + 13-megapixel dual-camera solution where the main camera features the IMX 363 sensor, 1.4μm large pixels, F/1.8 aperture, and also supports for OIS (optical image stabilization). The sub-photograph does not participate in imaging but it only measures the depth of field recording. That means the Nokia X7 does not have double zoom or wide-angle shooting feature. As for the front camera, it is 20 megapixels selfie shooter that has many modes.

The main beauty of a camera can be determined by its night photo shooting.So, there are more proofs at night. From the experience point of view, the Nokia X7 has good autofocus availability at night. But theautomatically recognizing of subjectsis slightly slower. 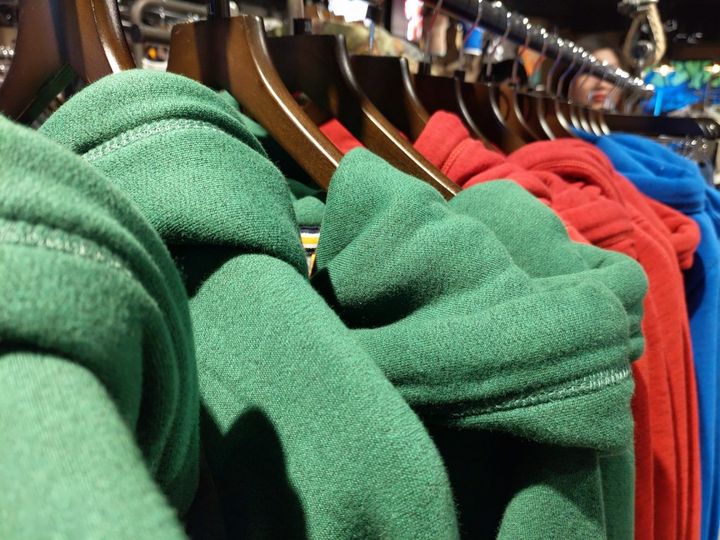 From this picture, the color reproduction of the three colors of the indooris red, blue and green. The colorsarevery much accurate and eye-catching. The texture details of the clothes material are also well restored. The automatic metering is also relatively accurate without overexposure or underexposure phenomenon. 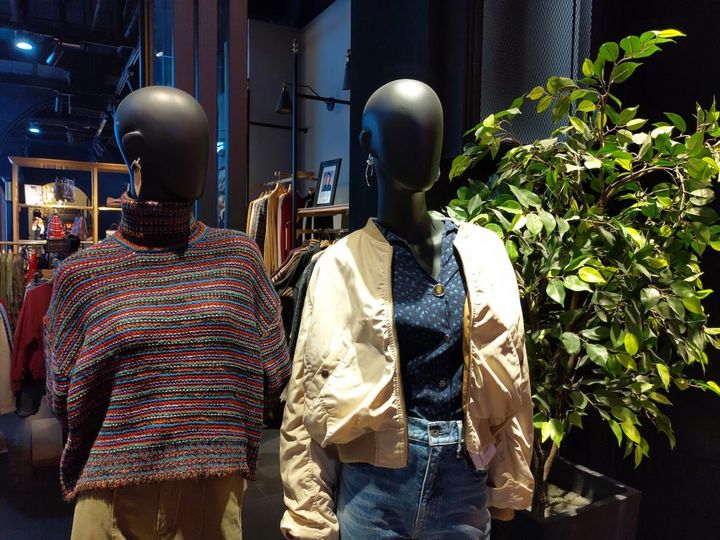 This swatch exposes the shortcomings of the Nokia X7. In this swatch, it was always on. The automatic HDR is not strong enough which causes the part of the clothes on the model to be overexposed. 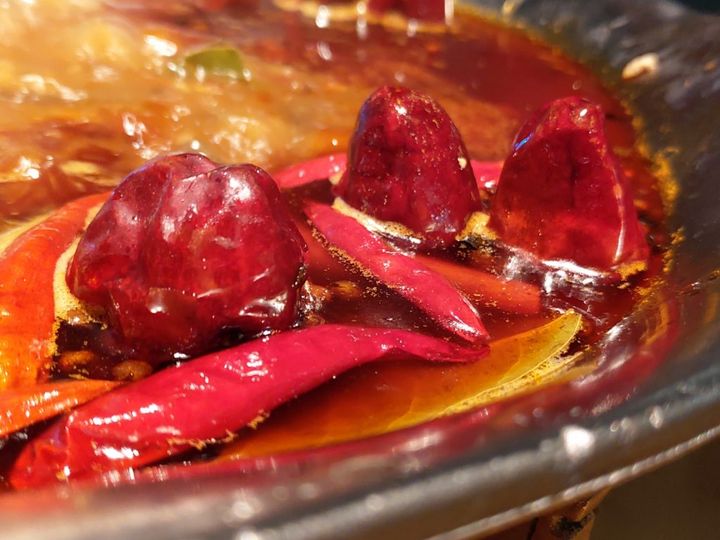 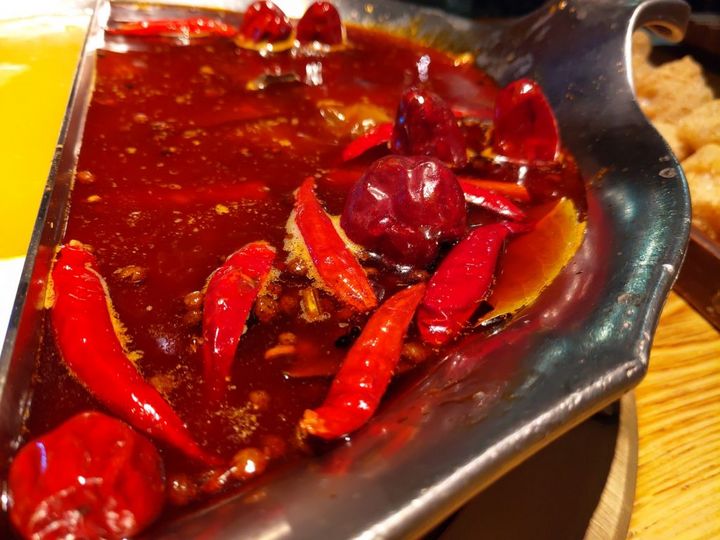 For the effect of AI scene recognition, you can see from this hot pot picture that the saturation is slightly lower in normal mode. The red pepper has a little powder effect.It is obvious that the AI ​​food mode has improved the contrast and saturation pepper and soup. It became very bright red. 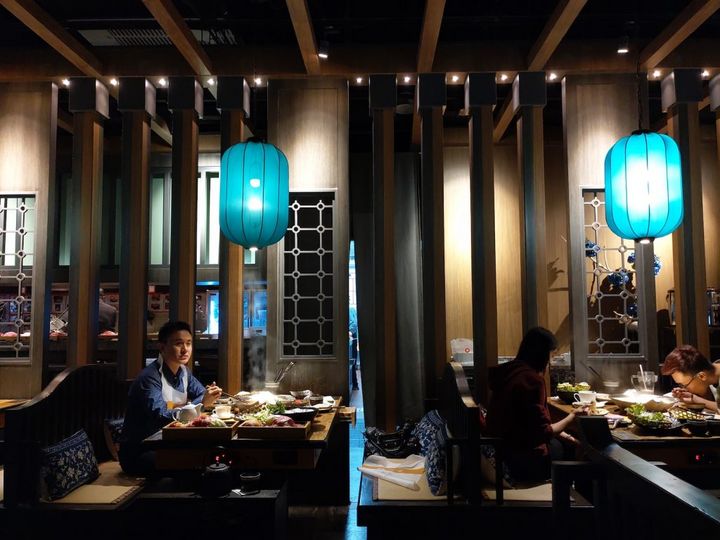 Although the scene in this hot pot restaurant was identified as a bar/nightclub scene. 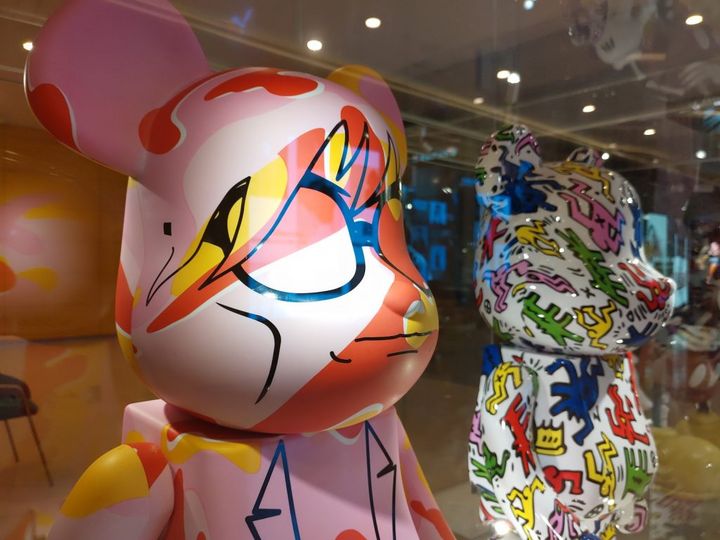 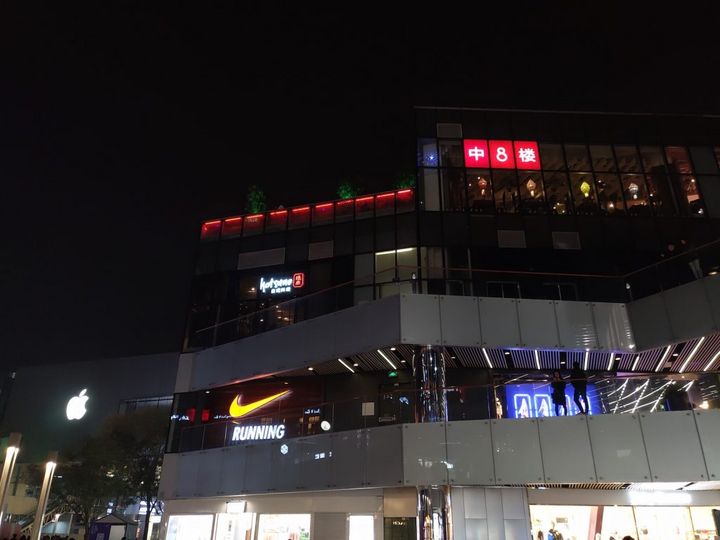 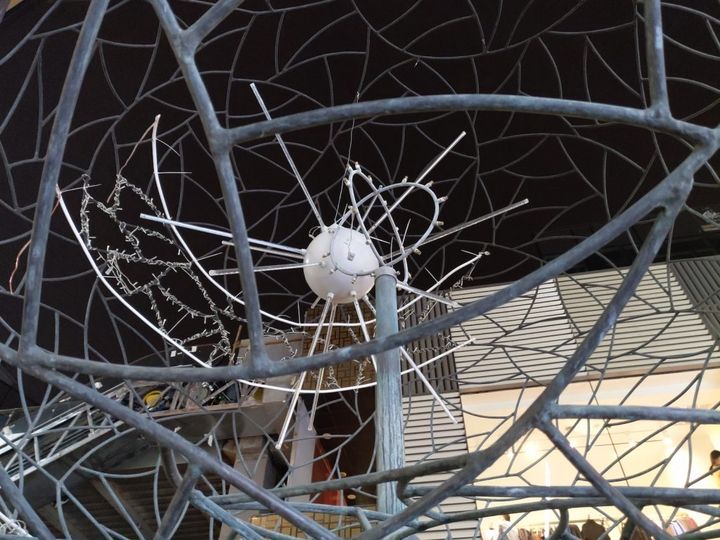 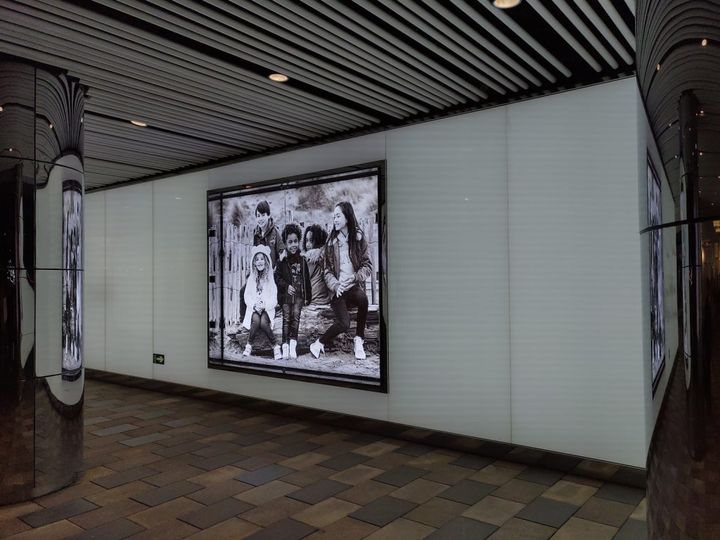 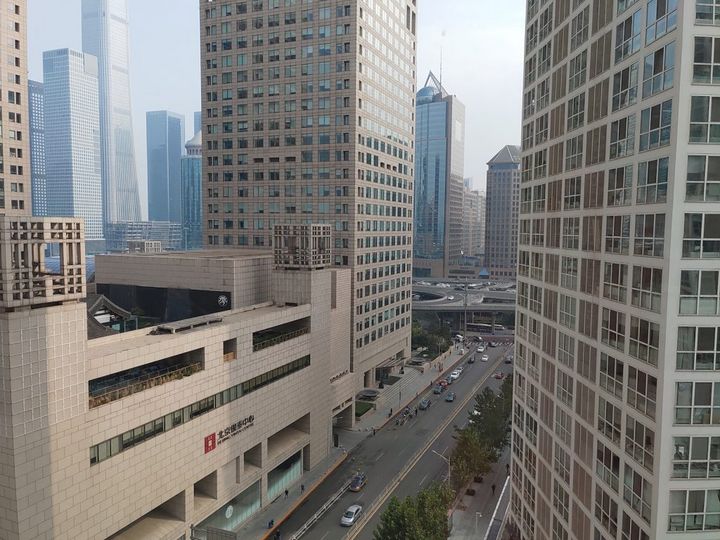