New Powerbeats Experience: It's Like the iPhone 9 you Want

The release of Powerbeats was somewhat unexpected. Because after the launch of the Powerbeats Pro last year, I thought the Powerbeats series would go fully into true wireless. Not to be sure, less than a year later, Beats updated the series again, releasing a brand new Powerbeats.

The biggest difference between the new Powerbeats compared to the Powerbeats Pro is the design. This time, instead of a true wireless design, the Powerbeats are the most classic of the sporty headphones, and the Powerbeats series has been around for years.

In appearance, it's almost no different from the Powerbeats 3 released four years ago.

It's kind of like the old bottle of new wine, like the iPad mini released last year, and the iPhone 9 that everyone's thinking about. 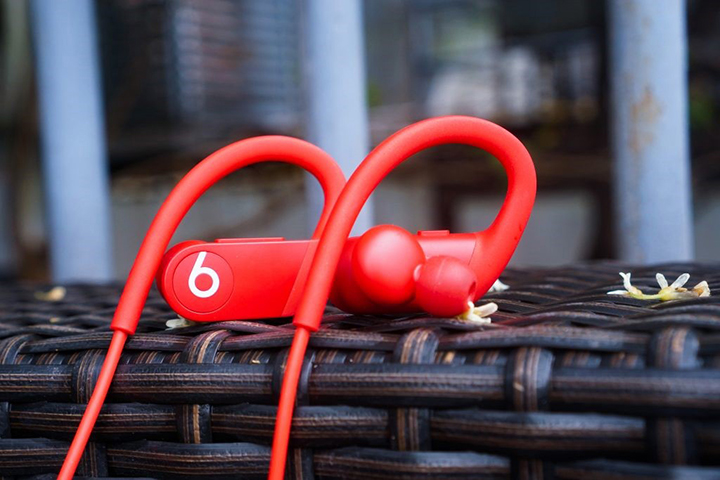 Design: Is the Neck-Mounted Design a Step Backwards?

The first question is, where should the charging case go when you exercise? After all, the Powerbeats Pro's box is not small, usually commuting, shopping in the pants pocket is already very eye-catching, let alone in sports. 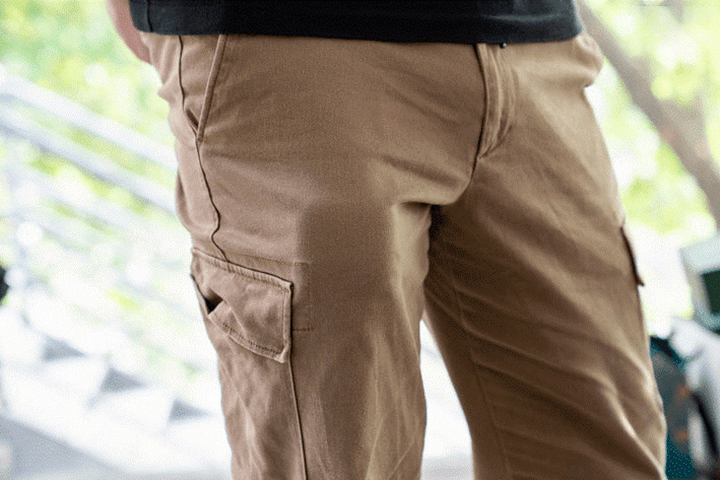 Of course you can say that I don't take the charging box out and just wear two headphones and go out and exercise? This leads to the second question. In the exercise, there will always be encountered need to take off the headset, especially this kind of ear-mounted design, basically wear two hours is already the limit, otherwise the ear will not stand. At this time, where should your headphones go?

From these two points of view, the neck-hanging style has no above these problems. When listening to the song directly to the ear plug, do not listen when directly off to hang on the neck on the line, also do not worry about the loss of the problem. 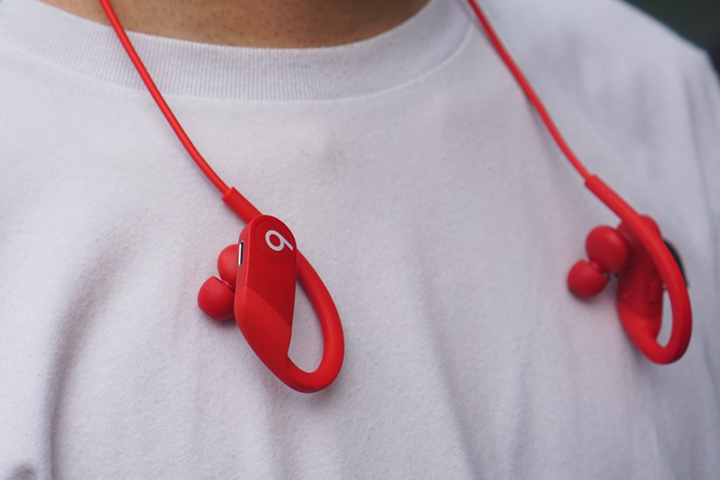 Of course I'm here to say that the neck-hanging style is better suited to sports than real wireless. After all, that connection even with a skin-friendly material, but long hanging around the neck will still have a dry feeling.

The question of comfort on it is almost the same as the Powerbeats Pro. When you first put it on, you will feel, feel good, do not cause too much pressure on the ear and ear canal, comfort is OK. But when you've been wearing it for a long time, about an hour or so, the discomfort begins to come. 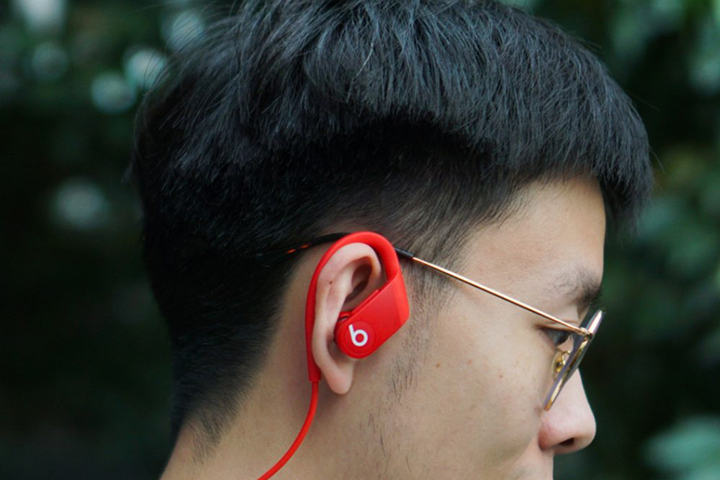 When you're doing intense exercise, you can still sense that the cable will sware around your cheeks, and the freedom is certainly not as high as the Powerbeats Pro with a true wireless design.

So this headset is not suitable for long-term hanging on the ear, full into the exercise when this discomfort will be relatively scattered, but if you want to take office to listen to, or commute to listen to, it is not appropriate. 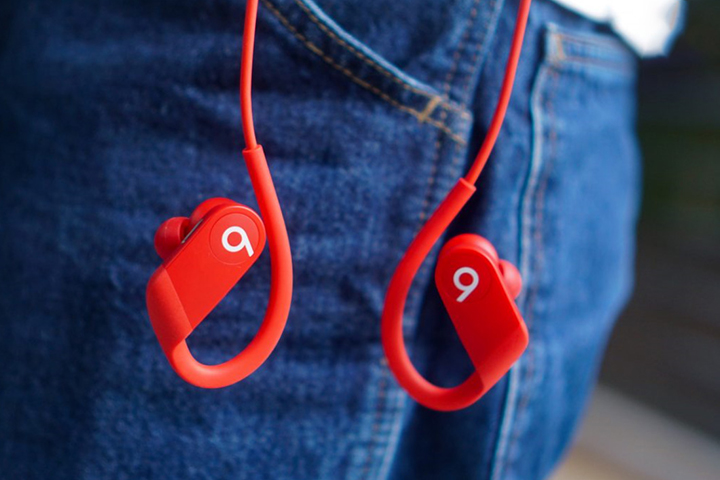 There's also a small detail, the length adjustment buckle on the Powerbeats lanyard is no longer than the previous Powerbeats 3, and the length is 9.5mm shorter than before.

Judging from my experience with both products, this is the right choice. After all, after the reduction, the lanyard swings behind the neck a lot less, not so burdensome.

Features: Powerbeats Pro, it's all

As for the features, the Powerbeats have not been cut, the H1 chip is equipped, and the features are also available.

These include the most commonly used "Hey Siri" in sports scenes, "take off auto-pauses", and quick switching between multiple Apple devices. 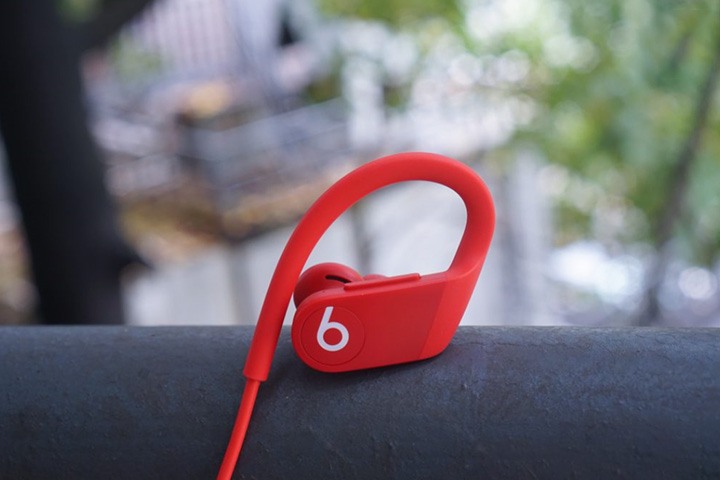 Also, if the charging case is not included, Powerbeats' single-run battery is longer than the Powerbeats Pro' 15 hours and the latter 9 hours. Powerbeats also supportS Fast Fuel fast charging technology, which can be played for 1 hour on a continuous charge for 5 minutes.

Waterproof and sweat-resistant function is also naturally available, with an IPX4 rating. There's no problem with protecting your sweat from splashing outdoors, but flushing with water isn't recommended. 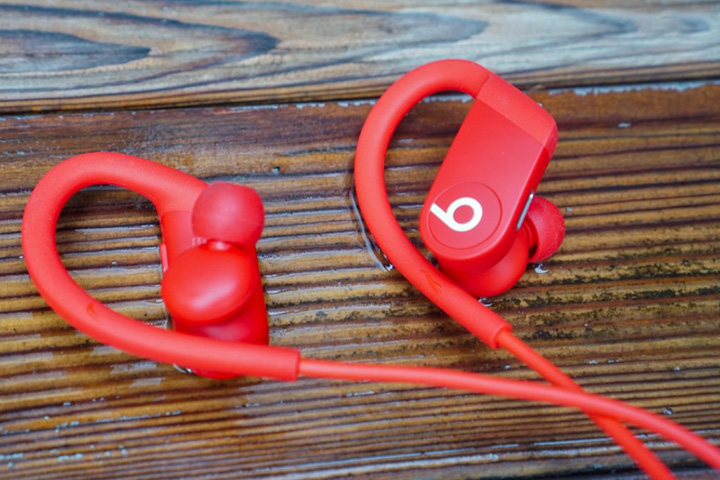 As for the sound quality, I know there will definitely be readers who care. This time, Powerbeats' overall hearing and previous beats X look like, are low-frequency powerful, drum beats are more elastic, but high frequency can only be said to be sufficient feeling.

So the right way to take Powerbeats is, of course, to open a song with a new bass and move with the exciting rhythm.

Both Users and Beats Need Powerbeats

The launch of the Powerbeats Pro last year was a big step forward in terms of experience, and of course the price.

This launch of Powerbeats gives consumers more choice in the marketplace. For less money, you'll experience almost the same features and features as the Powerbeats Pro, except for a wireless design that isn't true.

Plus, compared to other brands of sports headphones, you'll be able to experience Apple Eco's latest unique experience, including fast pairing, fast switching between devices, and easy to remove pauses and voice control in motion.

Of course, there's the extra bonus on the face of a double "b" Logo. 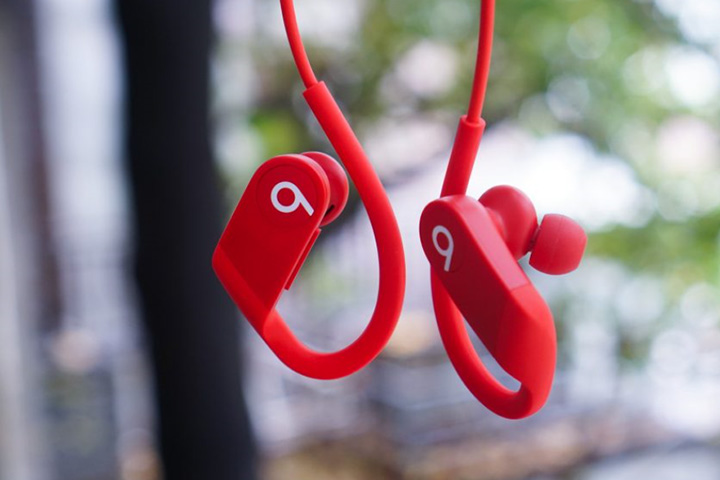 And for beats or Apple itself, Powerbeats is another powerful filling on the product line.

But when it comes to sports headphones, only the Powerbeats Pro has been at the top price, and while the Powerbeats 3 is still on sale, the Powerbeats 3, released four years ago, has fallen behind in hardware, and the W1 chip can play a much less role in Apple's ecology than the H1 chip. Competitiveness in the market is not strong.

And this upgrade to Powerbeats has come a long way in terms of both hardware and ecological experience, making beats more competitive among the sports headsets on that price point.