The Lenovo Z5s is a 6.3-inch big display with 19.5:9 aspect ratio full screen phone which has a good touch performance under such a sharp cut angle. Its feeling is a quite different. The rounded corners on the big screen caught our eyes. It maintains a good grip on the big screen, the corners of the fuselage are very flat. By the sharp cut angle it is very good to neutralize the visual fatigue. This makes the machine looks sharper. 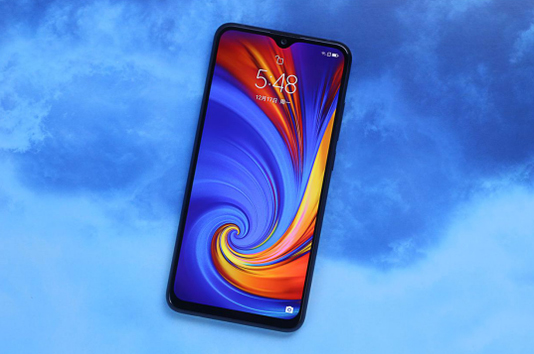 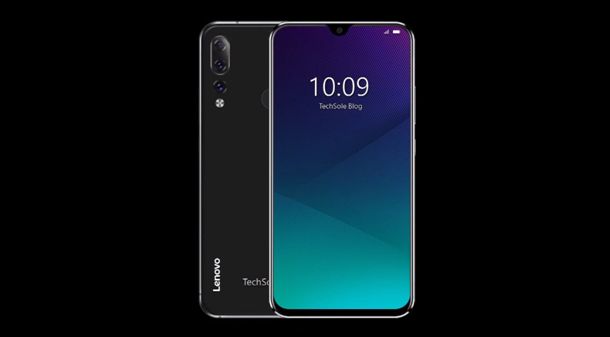 The additional water drop screen design also makes the front of the Z5s look a lot more delicate. The screen to body ratio of 92.6%. The obscured earpiece and sensor on the forehead are fine concealed. 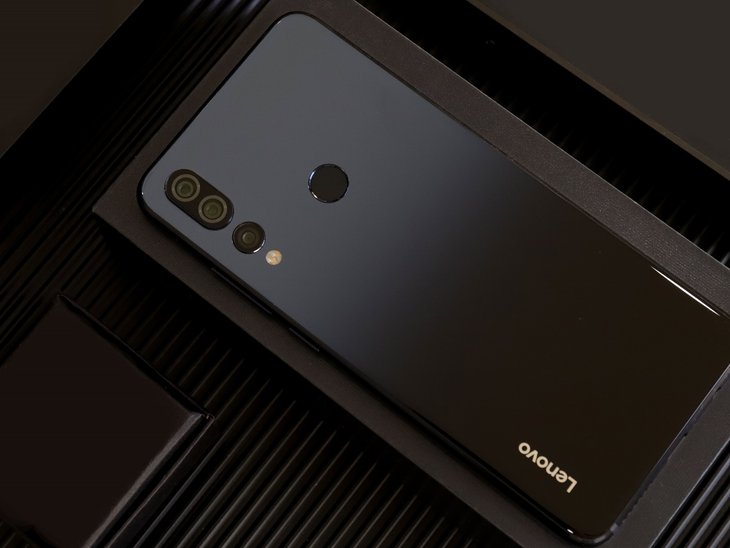 As this is my first impression,The Lenovo Z5s starry gray version is particularly beautiful. In the office at dusk where there is not enough light, what I can see is the dark glass body. When it comes to the noon auction, its gradation is revealed.In the holographic three-dimensional rainbow coating process and in the sun's collocation, I saw a gradient from silver to black which surprised me. In addition to the starry sky ash, there are two gradients of titanium crystal blue and coral orange which must be another landscape. 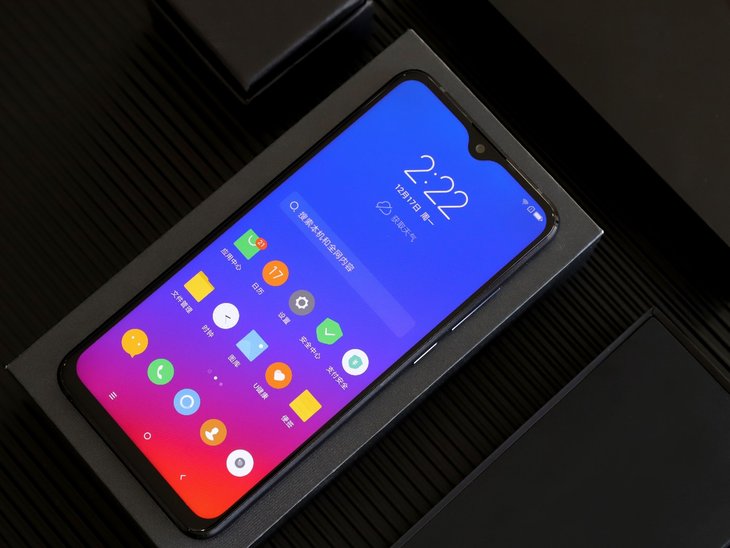 The Lenovo hasanaspect ratio of19.5:9 with 6.3-inch micro porous drop screen combined with a hidden earpiece design.Itsscreen to body ratio of 92.6%. The visual experience is even better with a FHD resolution of 2340×1080. The metallic body is connected by aviation-grade aluminum which is resistant to real fall and fall having Nano-level P2i waterproof technology to open the rainy days and splashes.

Lenovo Z5s is equipped with Snapdragon 710 AIE Turbo processor. I am using the 6GB+64GB version. After An Bunny runs score, the final score of this Xiaolong 710 processor is more than 165,000 points which resultsvery good in addition to the performance of the mid-range processor. The addition of Lenovo AIE Turbo with this chipset is great not only in terms of regular daily tasks but also outstanding for gaming with unique arrogance. For regular usage, this mid-to-high end processor is quite satisfactory. As we turn on high frame rate mode and multi-thread mode during the test, we felt the game process is quite smooth, no drift or carton. This come outby the double optimization of the Snapdragon 710 AIE Turbo and Lenovo Game Turbo enables AI scene prediction. When it turns on, it enables hardware-level performance optimization and prioritizes resources to the game.

At the same time, as the performance is improved, reducing the power consumption and allowing the phone to fly. According to the official information, the game startup rate can be increased by 15% and network latency by 15%. Its price is less enough compared to its features with performances. 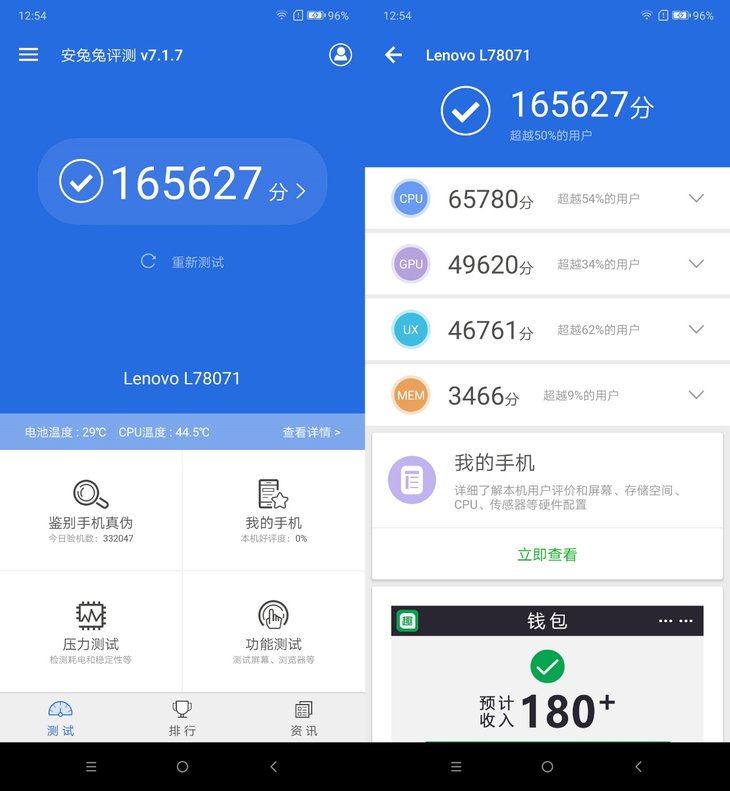 The performance of "Glory of the King" is really good.Although it is 710 processor but opening high frame rate mode, open character stroke, high-definition display, multi-thread mode, the frame rate is mostly stable at 58-62 frames Between occasions. The frame rate will drop to 44 frames in the group battle but in a game 90% of the time is stable at around 60 frames. From the gaming experience, the operation is very smooth byAdreno 6-series GPU, which makes the graphics rendering speed greatly improved, getting rid of the Caton trouble.

In addition, in the game for up to an hour, the phone does not have heat, it seems that the temperature control system of Lenovo Z5s is optimized. Another point worth mentioning is its exclusive game mode. When the game is started, the game mode will prompt to open automatically. The game mode of Lenovo Z5s includes AI scene prediction, CPU-GPU highest priority resource scheduling, and mobile phone performance priority service game, game do not disturb mode, these functions are indeed a must-have for the game. All of the above features combined with ultra-high screen ratio and resolution make game play a practical enjoyment.

The Lenovo Z5s supportsNon-destructive viewing angle blur and lossless optical zoomwhich creates the trilogy of beauty. Through the depth algorithm, the three-eye five-eye model is established to analyze and adjust the facial information. Although I took pictures from a disdainful attitude, the photos gave me a surprise, especially at night, the details of the dark parts were more expressed.But the noise was suppressed very well. Then, through 3D natural beauty, blending scenes and facial information, you can customize the beauty scheme to achieve natural beauty. 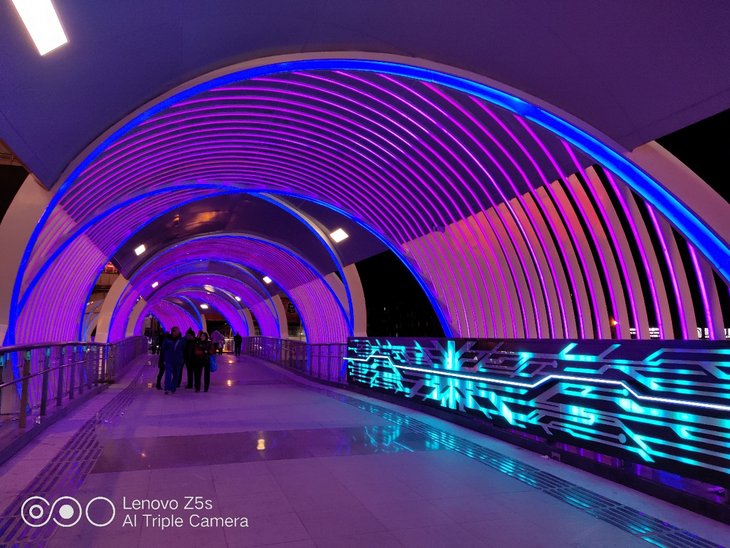 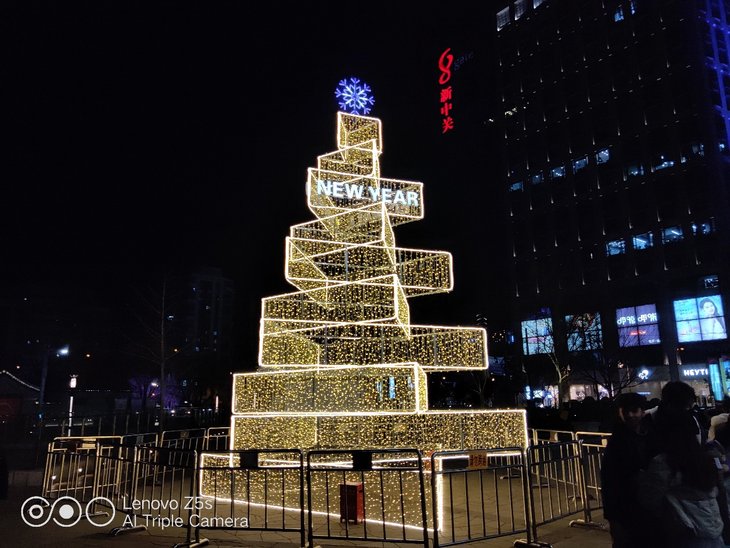 The night shot of Lenovo Z5s is really amazing to me. A shot finally became a blockbuster and then I put some proofs that I took with me to the big guy. 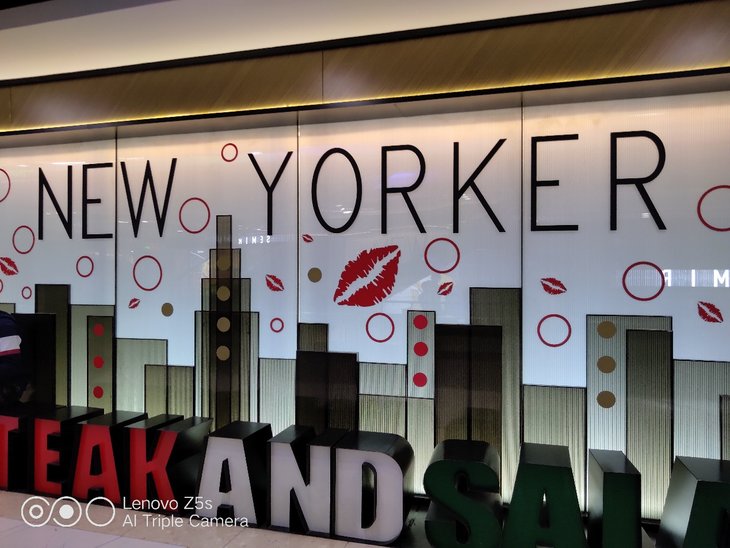 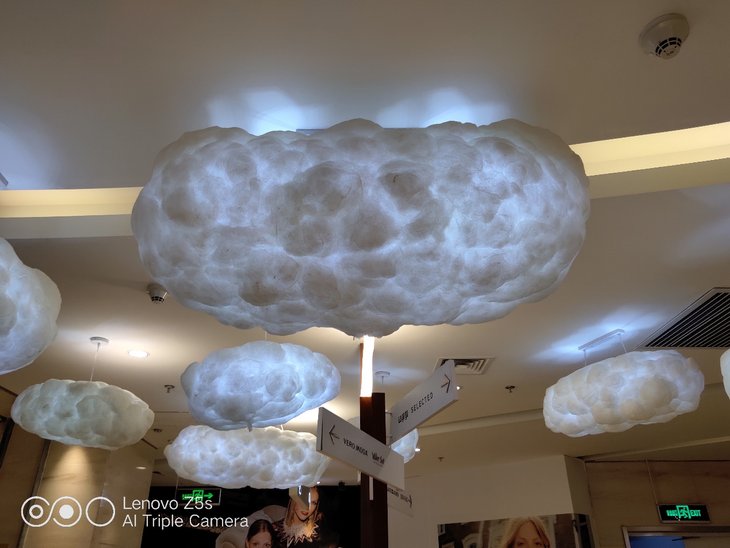 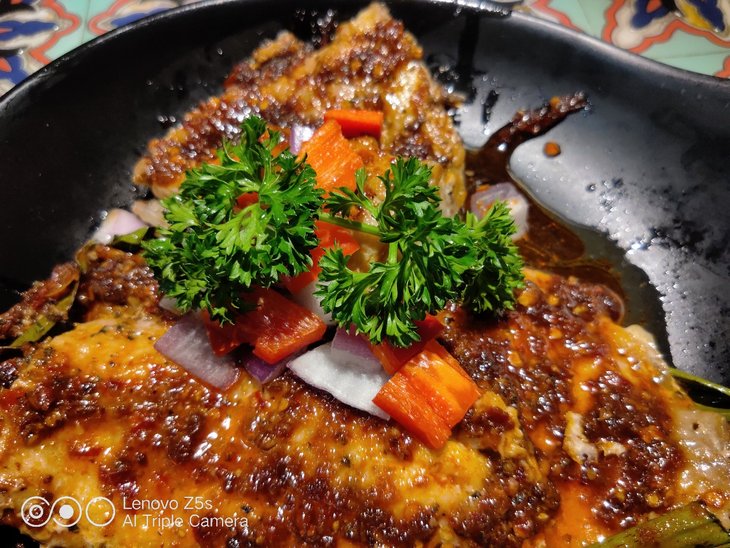 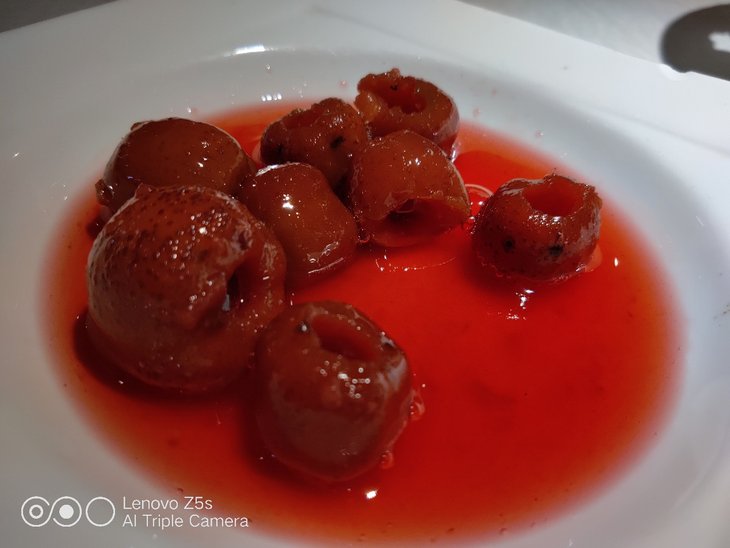 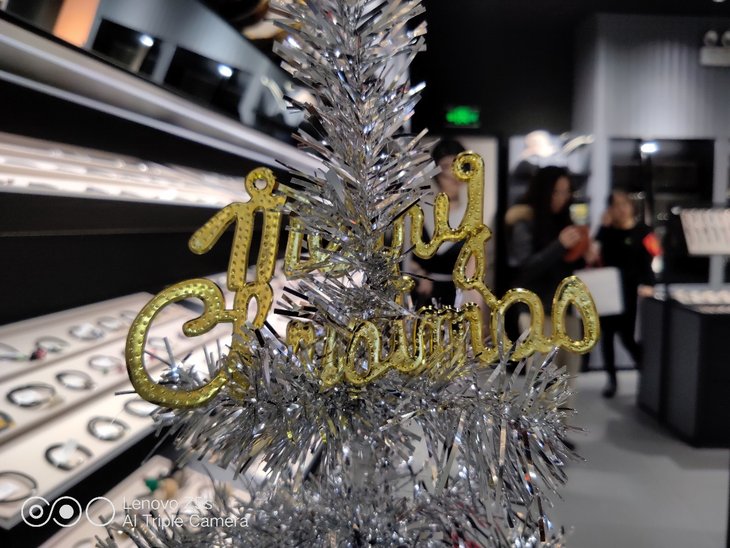 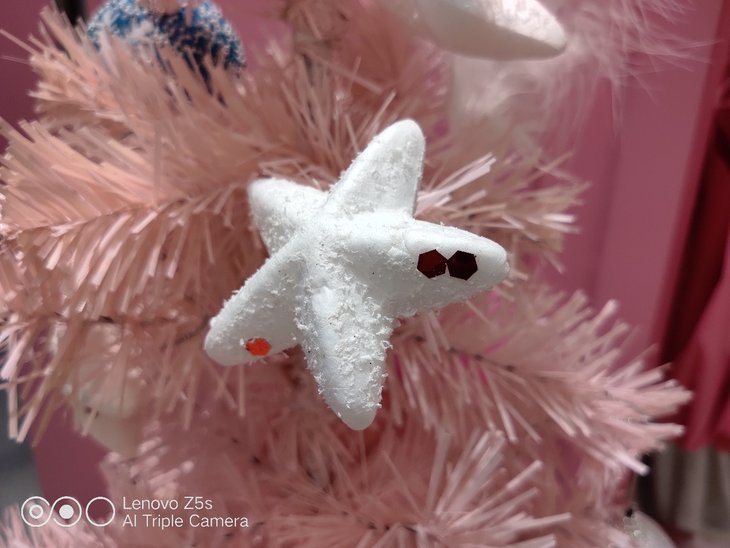 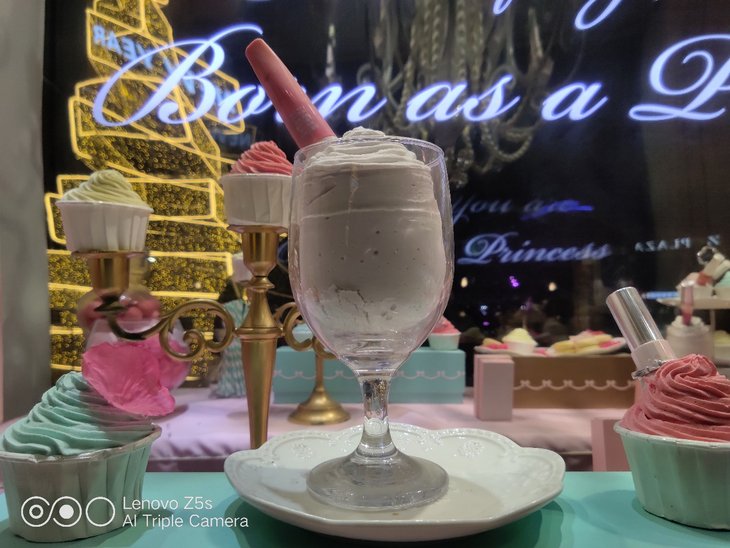 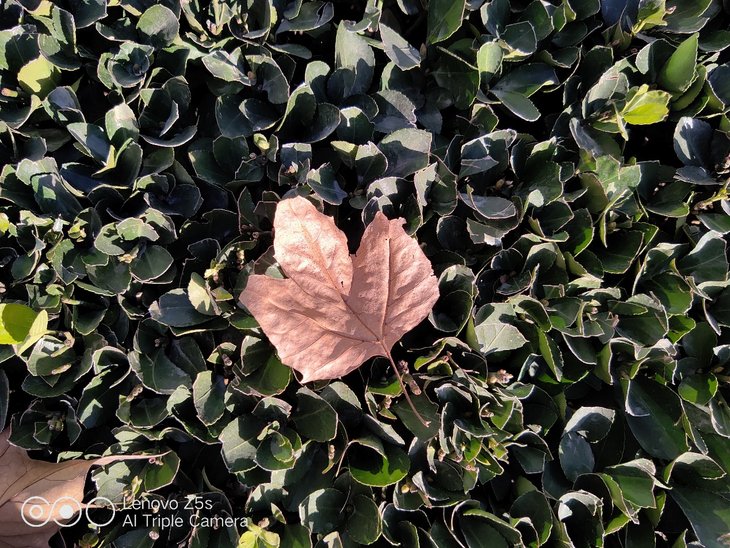 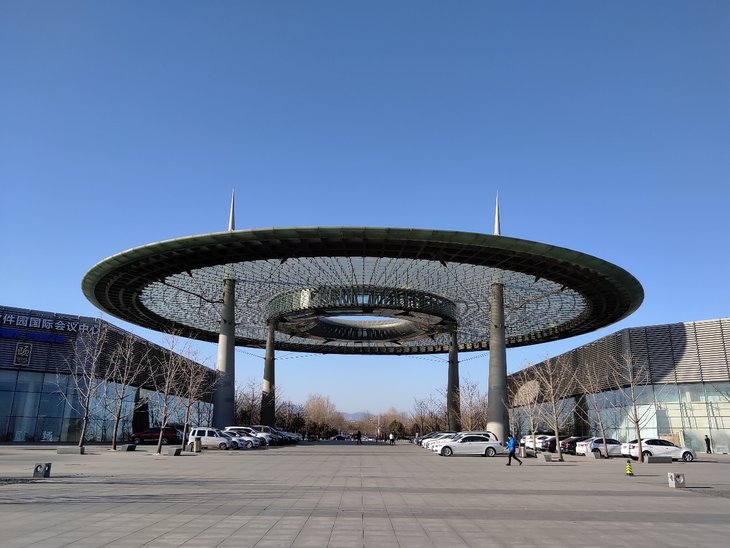 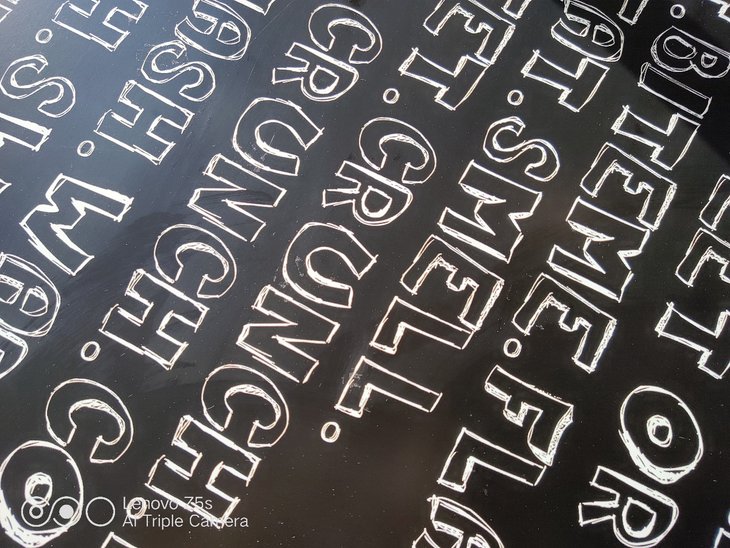 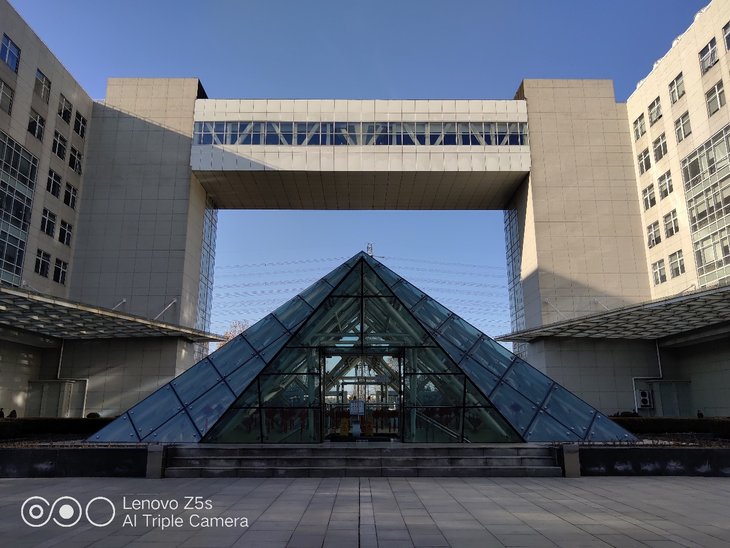 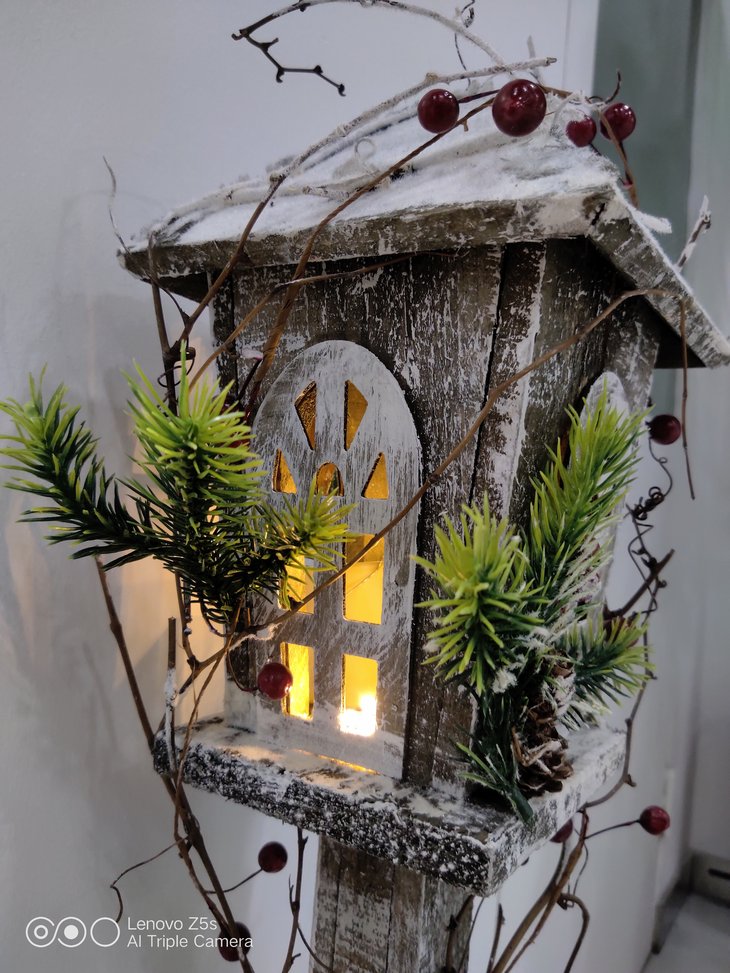 In the case of sufficient light, the Lenovo Z5s's photo performance is not inferior. With the naked eye reference, its image color reproduction is very high and there is no problem of excessive saturation or too low saturation. When it is recognized with its AI the color of the food will be more vivid, the sky will be bluer and the tree will be greener. 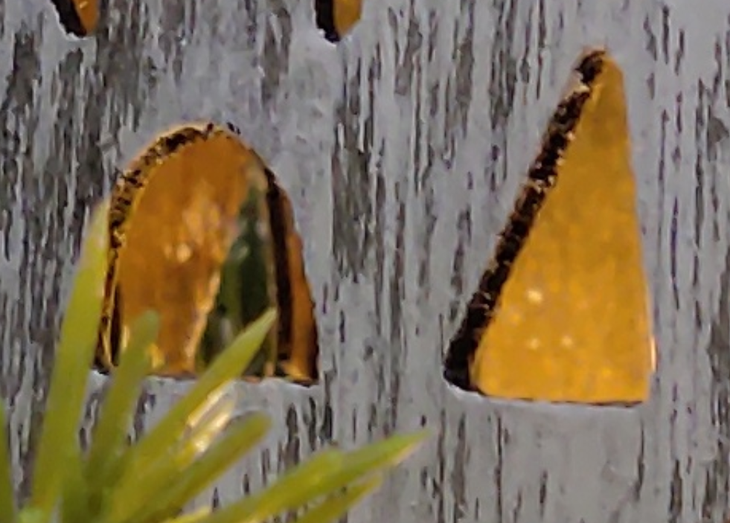 Honestly speaking, Lenovo Z5s’s image resolution capability needs to be improved. It is not very satisfactory to zoom in on the picture.  I really like its night shooting ability, enough to come out and speak enough.

With such excellent performance, I have to mention the camera configuration of the mobile phone. The rear zoom three-shot lens is a 16 megapixel main camera, an 8 megapixel optical lossless zoom camera and a 5 megapixel lossless portrait blur lens. The 16 megapixel main camera uses 6P lenses and supports f1.8 large apertures. The 5 megapixel lossless portrait blurry lens and the 8 megapixel telephoto lens with the main camera enable a lossless viewing angle blur and a lossless optical zoom photo mode. The phone is also equipped with double Ture 3D blur engine and sub-pixel depth of field blur effect which increases the resolution of the picture by 15% and the amount of incoming light by 33%. It makes the photos more detailed and the colors appear are more vivid and true. That's why the night shots are so good. 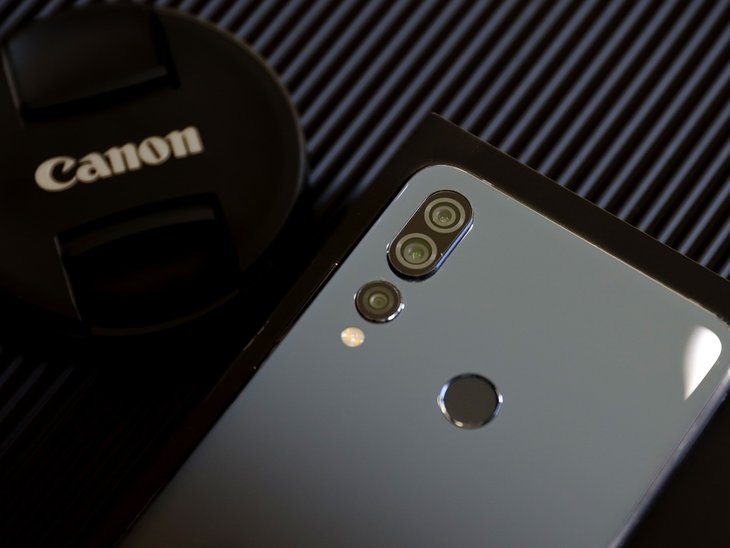 Before and after lossless optical zoom 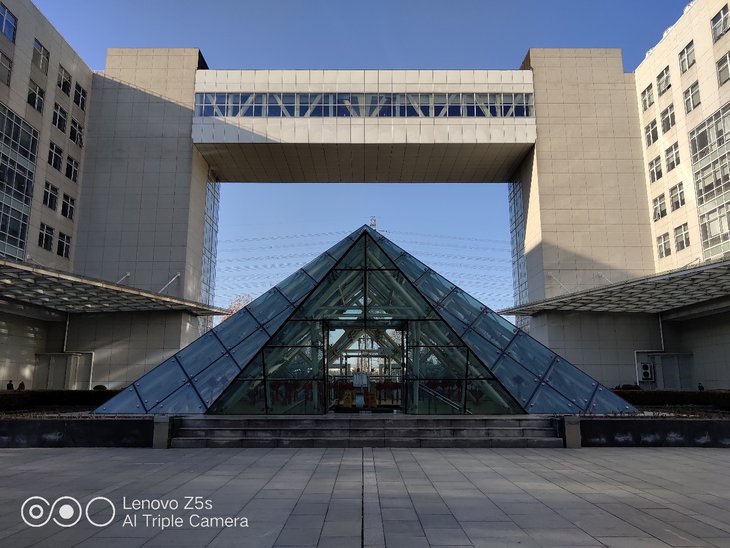 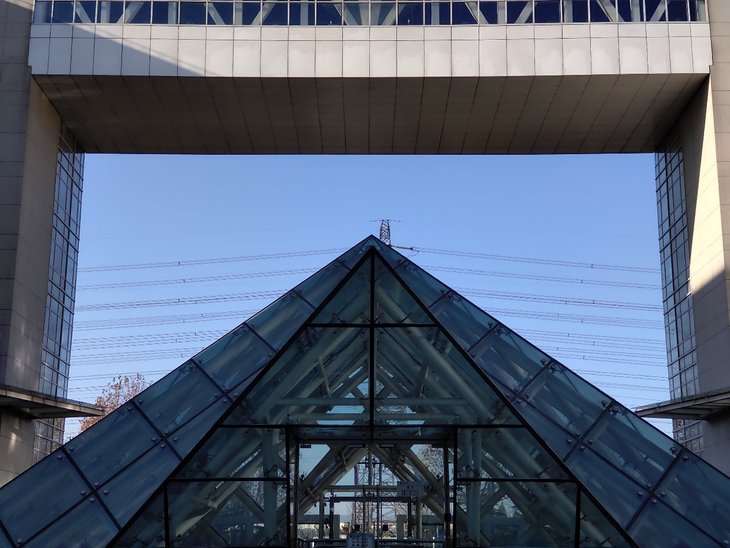 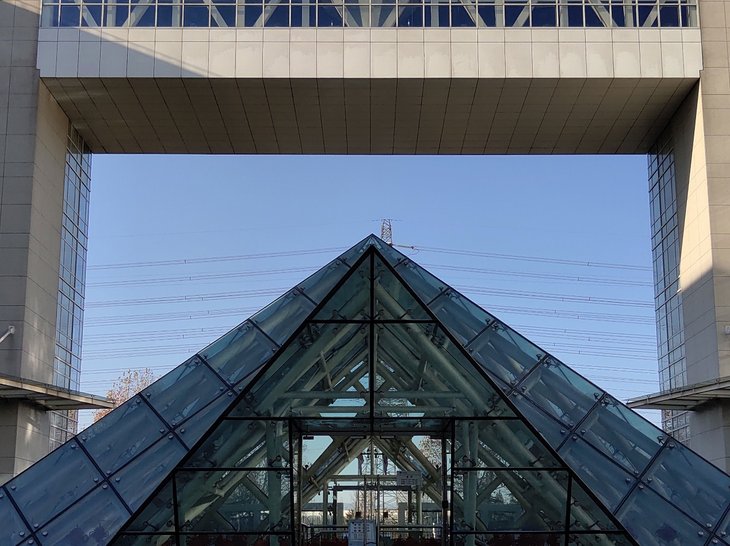 Optical zoom is achieved by optical lens structure, changing the focal length to ensure that the resolution will not be reduced, while the ordinary digital zoom simply enlarges the pixel area and after zooming to a certain extent, the picture will become blurred. Through the analog and digital zoom, it can be seen that the performance of the same shooting position is different. 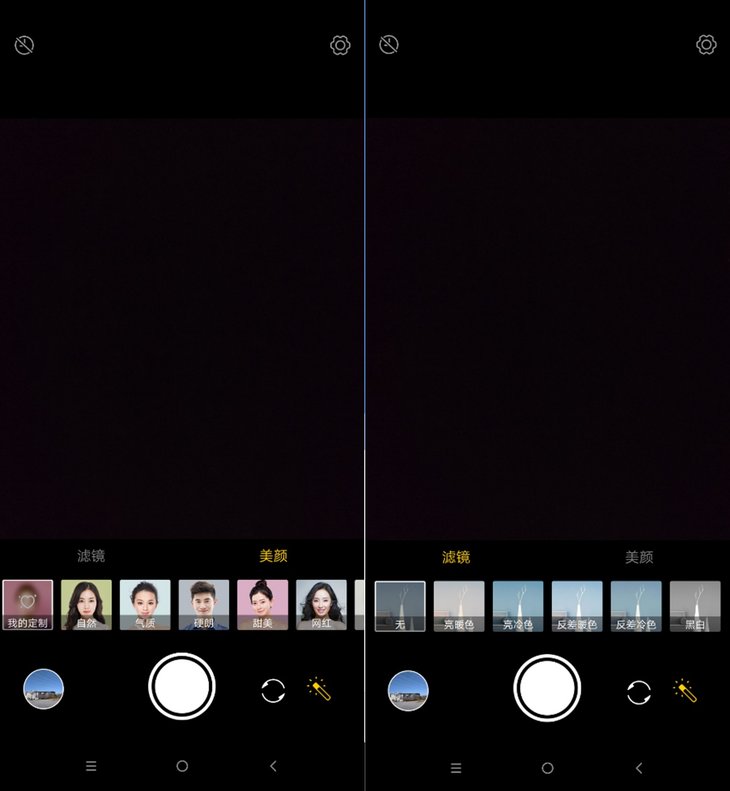 Lenovo Z5s uses the Lenovo latest ZUI 10 system which is based on Android Pie operating system. From the overall icon layout, design and screen it is more concise and beautiful, looks comfortable and is very friendly to the eyes. The icon also comes with a dynamic effect that makes the phone full of fashion. For example, WEIBO, QQ reading, Tencent News with other icons and the entire UI is very comfortable. 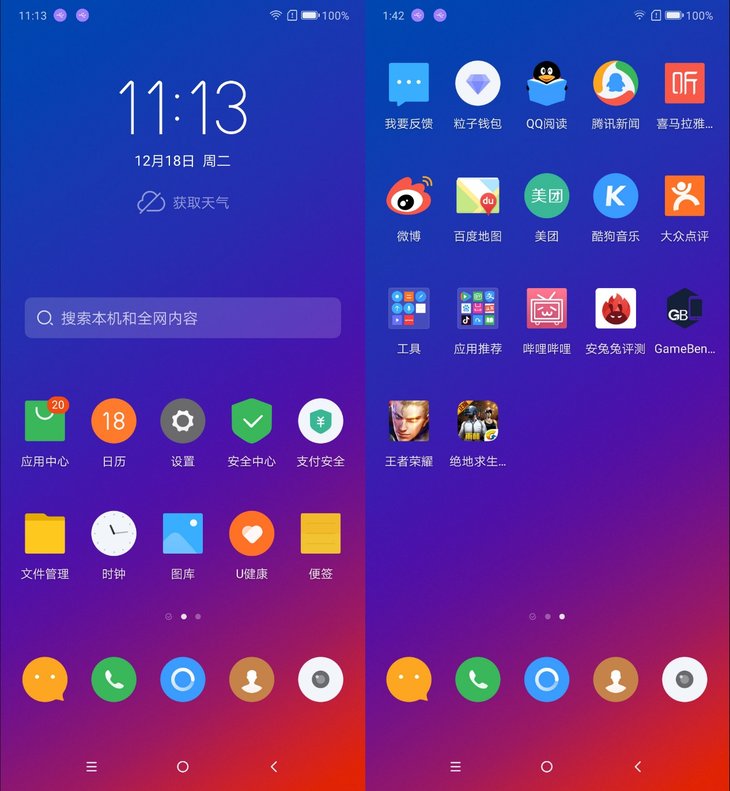 It is worth mentioning that the ZUI 10's 4D U-Touch gestures interact with each other. There are 3 kinds of spatial sensation AI gestures includingcutting the flashlight twice, turning the camera on and off twice, and raising the screen. Easily move hands to solve every day needs without having to click through.

I really don't like the marketing method of Lenovo mobile phone but Lenovo Z5s as Lenovo's 2018 ending, really qualified for Lenovo to draw a perfect ending this year. In the same price range of mobile phones, Lenovo can always give you the best features, allowing users to spend less before the experience of higher-priced mobile phones on the market. Even if I don't like his fancy marketing, this time, the Lenovo Z5s, which is excellent in both performance and photography, is indeed in line with our expectations and is worth looking forward to.