Lenovo released the YOGA 7 Pro (YOGA C930) new notebook At Lenovo Innovation and Technology Conference,2018 which is equipped with Dolby Vision + Dolby Atmos sound system, and built-in 4096-level pressure sensitive stylus. Lenovo Yoga 7 Pro can be regarded as a king, both in terms of value and performance. 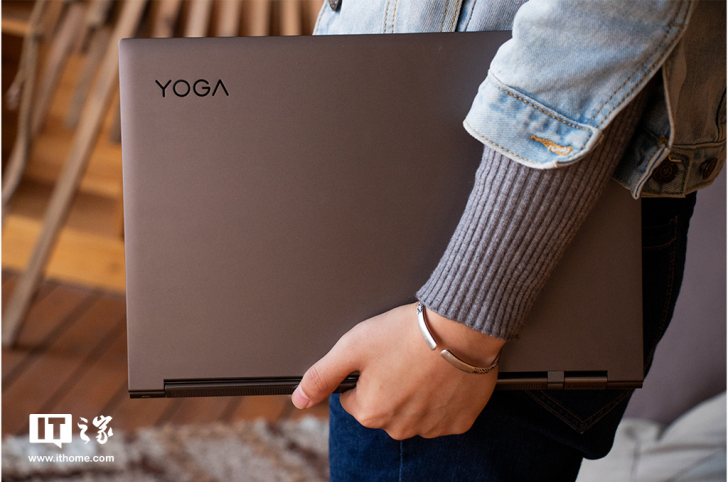 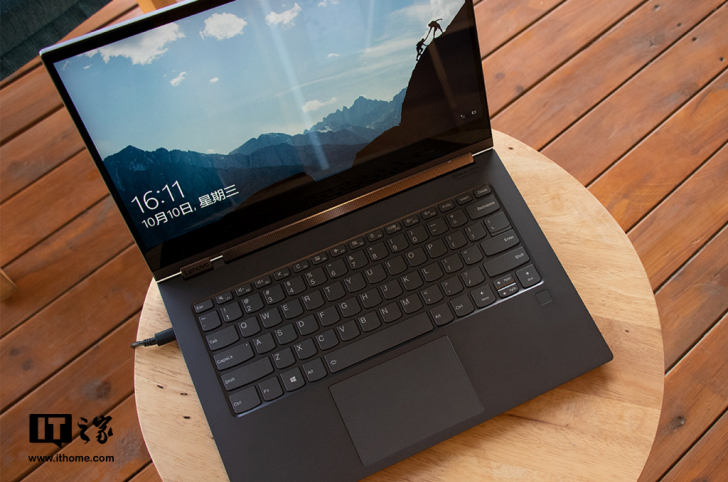 Lenovo YOGA 7 Pro looks very simple and tough in design. Three-sides of the notebook’s body is made of the Aluminum material which makes the YOGA 7 Pro's body more high-end. To provide a delicate silky feel on the hand, the YOGA 7 Pro's aluminum body surface has been made with high-precision sandblasting. You can feel the mystery solid feeling in your hands. We can ensure you that the feel and look of this YOGA 7 Pro are very premium. 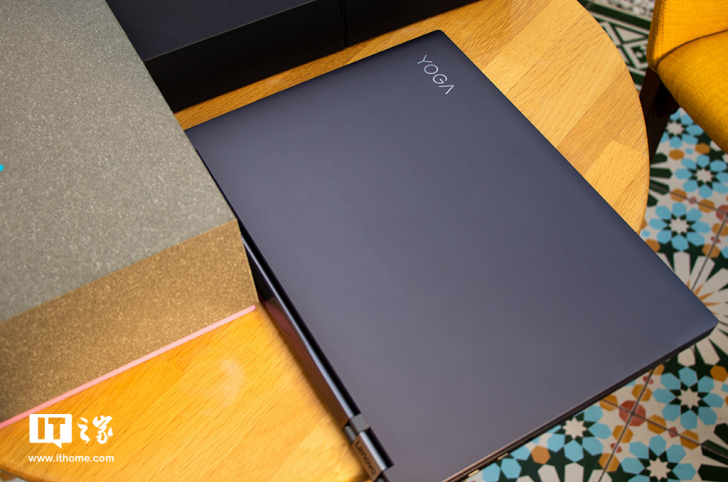 The design of the cover of Lenovo Yoga 7 Pro is simple and generous. Aluminum surface is covered with a deep and business sense. The YOGA's logo is at the lower right corner on the top side of the notebook. The Logo has a pure cutting feel so that, you can feel the existence by touching it. 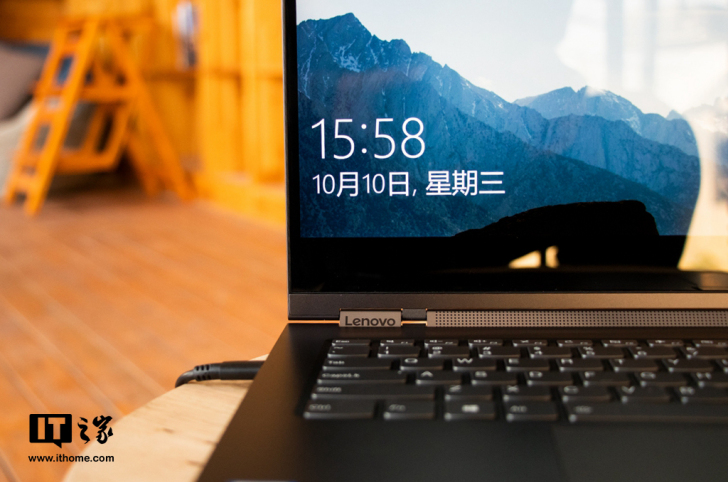 After opening the notebook, you’ll find that Lenovo YOGA 7 Pro is equipped with a 13.9-inch IPS screen which is 4K resolution (3840x2160) display. The PPI of this display is up to 315 which supports 100% sRGB color gamut. Lenovo Yoga 7 Pro's screen uses a three-sided narrow frame design that allows the screen to reach a ratio of 81.9%. The surface of the screen is protected by Corning Gorilla Glass protection. The narrowest part of the Lenovo Yoga 7 Pro is only 4.25mm thick, which is very prominent in the narrow-frame notebook. It is also worth noting that the screen frame is also wrapped in aluminum. The border at the top of the screen is tilted, and the texture is very good. One of the most interesting and important things about the camera is that the front screen camera of the notebook can be turned off manually. This can be considered as the simplest and most effective solution to the privacy leak. 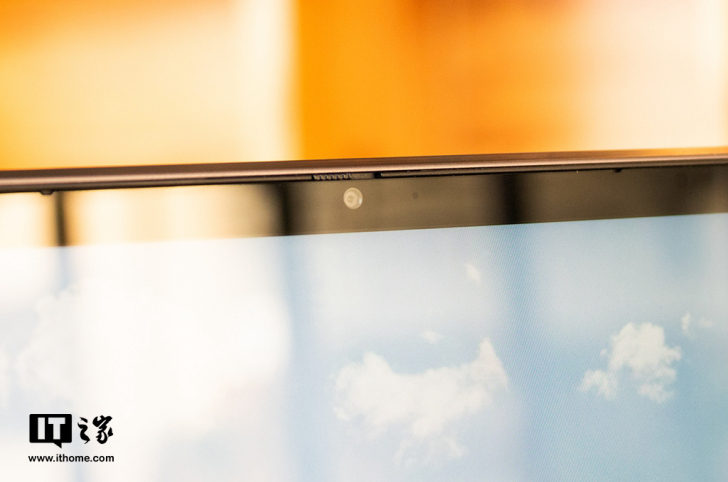 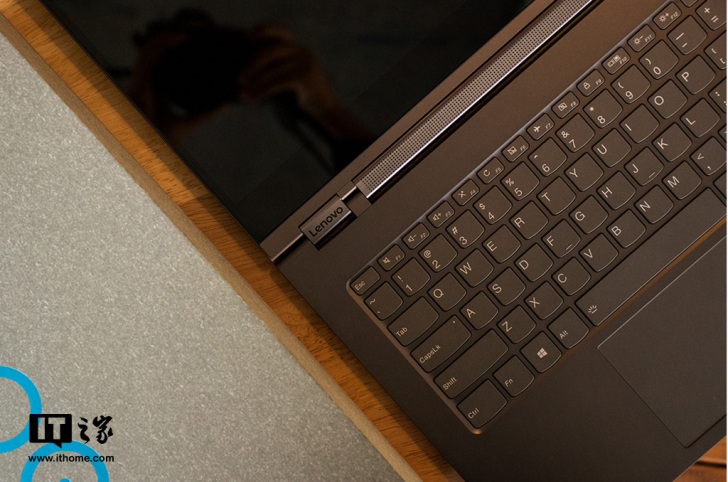 Lenovo Yoga 7 Pro's keyboard uses a 69-key design that includes a full range of functional buttons. The surface of the keyboard buttons is also made with a high-precision sandblasting. The feel of the color and material are basically the same as the fuselage aluminum material. The feel of the keystrokes of the keyboard is as satisfactory as ever. The typing feedback is very resilient because of the relatively low tapping sound. The touchpad on the YOGA 7 Pro is also a joy because of its precise touch operation which is usually available on high-end Windows 10 notebooks. A fingerprint recognition sensor module is distributed at the lower right corner of the keyboard button area. 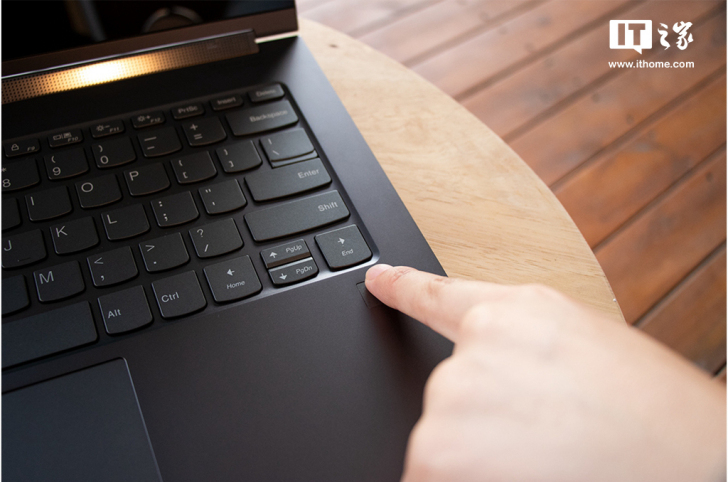 The back of the Lenovo Yoga 7 Pro is also simple and succinct, with a hidden heat sink inlet and outlet which is consistent with the entire body design. In addition to the long pad, there are a few staggered screws the notebook used for the lid joint. The overall curved design gives a sense of agility. 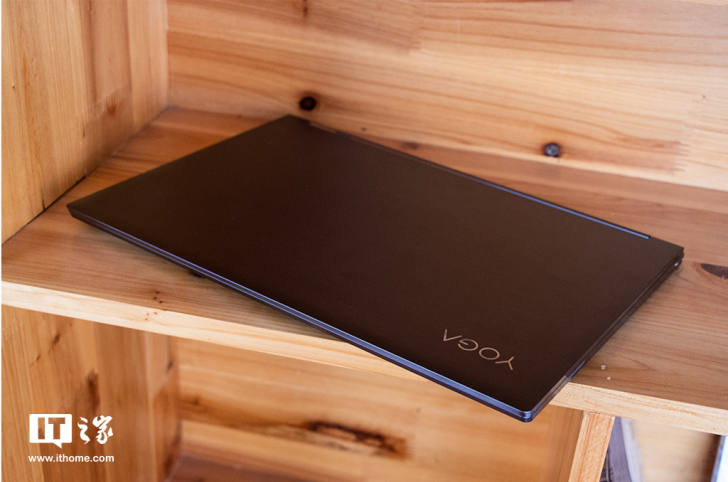 The overall look of the Lenovo Yoga 7 Pro is amazing. It only has a simple and tough design but also a comprehensive aluminum body. its unique hinge makes it solid and strong. Since the creation of YOGA series, the YOGA series notebook was made famous because of the flipping. It is equipped with a bracelet-type reel. The Lenovo YOGA 7 Pro notebook reels have two built-in mid-high frequency speakers, which are very distinctive. 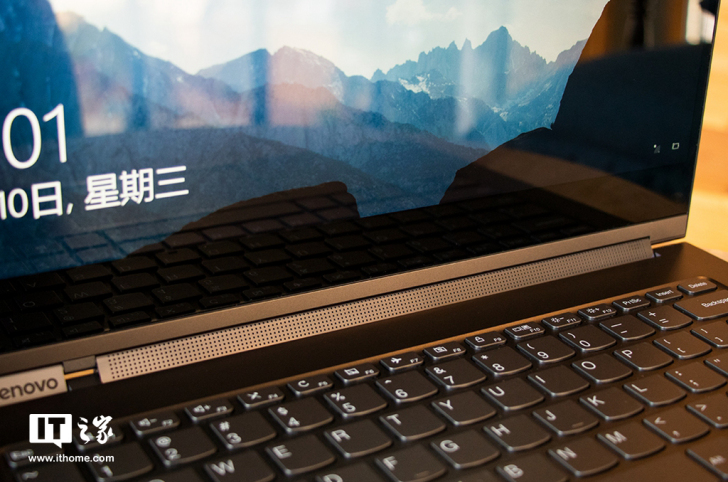 The most gratifying thing to me about YOGA 7 Pro is that the power button of the notebook is on the side. This design does not occupy the upper right corner of the traditional C surface. The button is here in the form of the stereo position. The power button can be turned on with a single push just like the power button on the side of the smartphone. 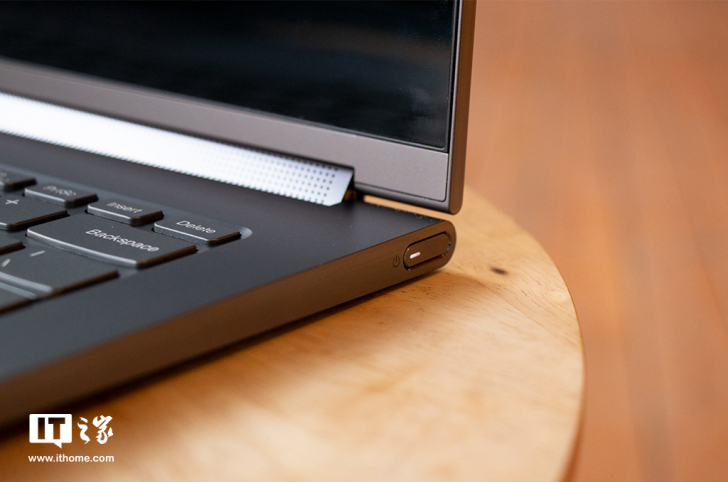 At the rear of the shaft, the 4096-level pressure sensitive stylus is placed which weighs only 5.5 grams. The stylus is placed very firmly. It can only be inserted completely after hearing the slamming. You have to press it first and then pop it back to pull it out. To avoid the risk of loss, the stylus is made different from the stylus of other notebooks. When the stylus is in the pen tray, the system automatically charges the stylus without worrying about forgetting to charge and maintaining sufficient power at all times. It is reported that a 15-seconds charge can charge it up to 80%, while 5-minute is sufficient for charging it fully that supports 2.5 hours of continuous use. As the stylus is used with Lenovo Yoga 7 Pro, it can be used anytime and anywhere. 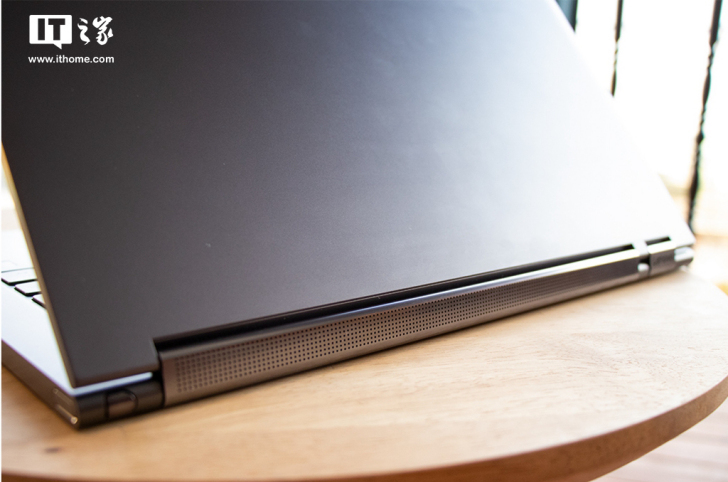 On the left side of the Lenovo Yoga 7 Pro, there are two Type-C multi-function lightning interfaces that support up to 40 Gbps of transmission speed. The interfaces also support the high-resolution display and fast charging. A USB 3.0 port is also included that supports charging in the off state, which is especially convenient for people traveling on the go, charging the smartphone without having to light up the notebook screen. 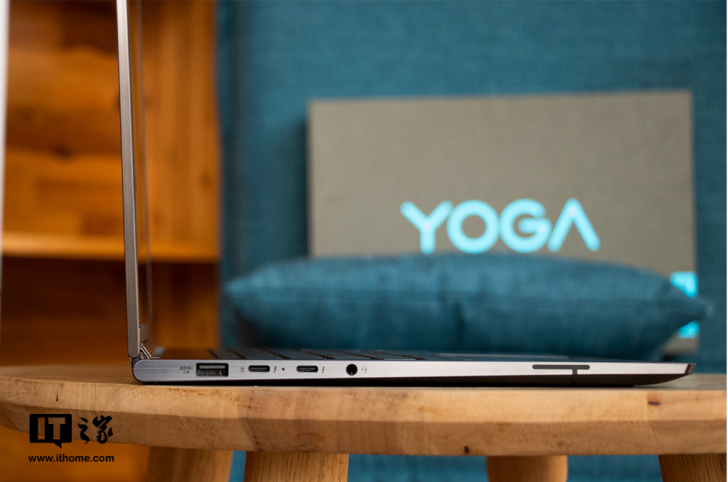 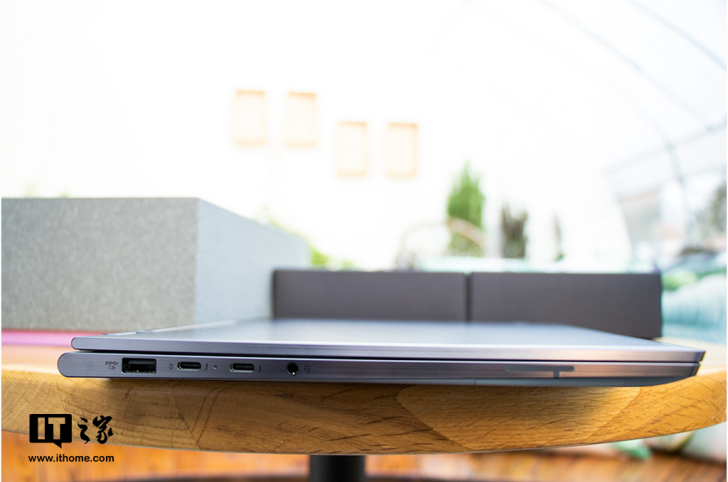 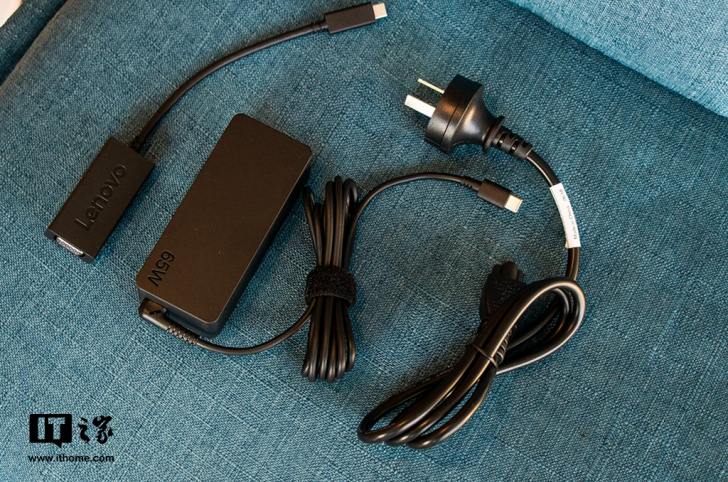 In short, the Lenovo YOGA 7 Pro notebook has reached a new level in design by integrating aesthetics, practicality, reliability, and value into one, and thus, became a product of “Yan value online, words and things”.

The IT House get this Lenovo YOGA 7 Pro notebook because it is equipped with Intel eighth-generation processor Core i7 8550U that uses 14nm process technology, and quad-core eight processes. The TDP power consumption is 15W. The notebook comes with 16GB of RAM, 1TB of NVMe PCIe 3.0 SSD storage, in all aspects of a higher level.

First, we can view the CPU configuration table of Lenovo Yoga 7 Pro in detail through CPU-Z: 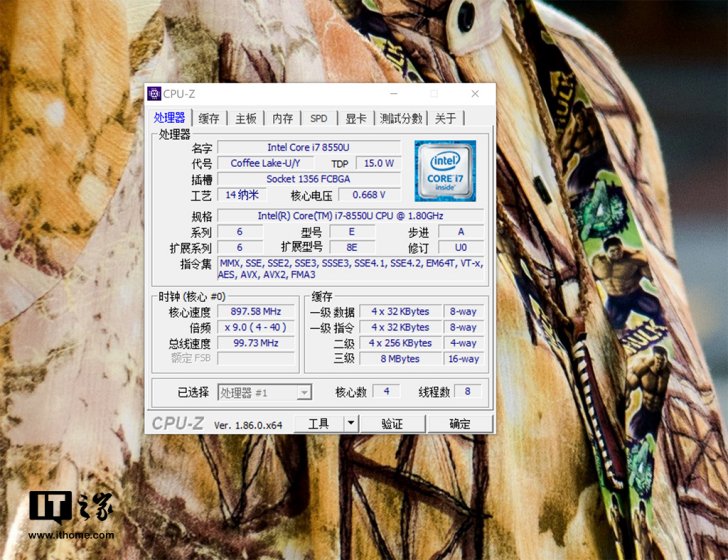 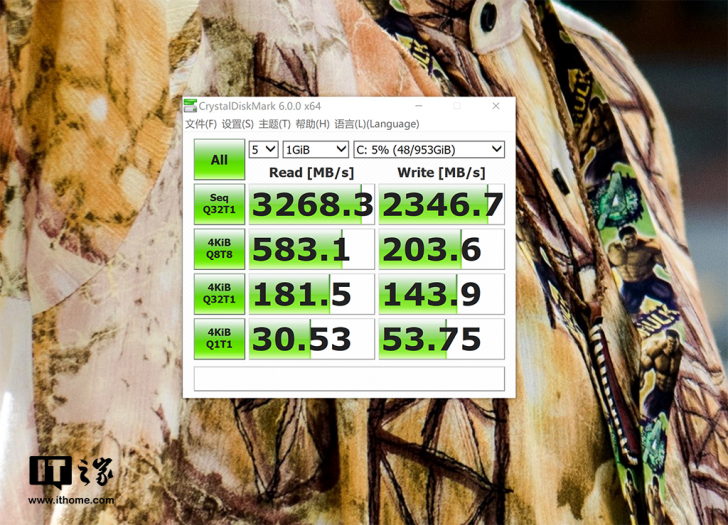 From the above results, it can be said that the hard disk’s read/write speed is very good which is fully able to meet almost all day use and work scenarios. 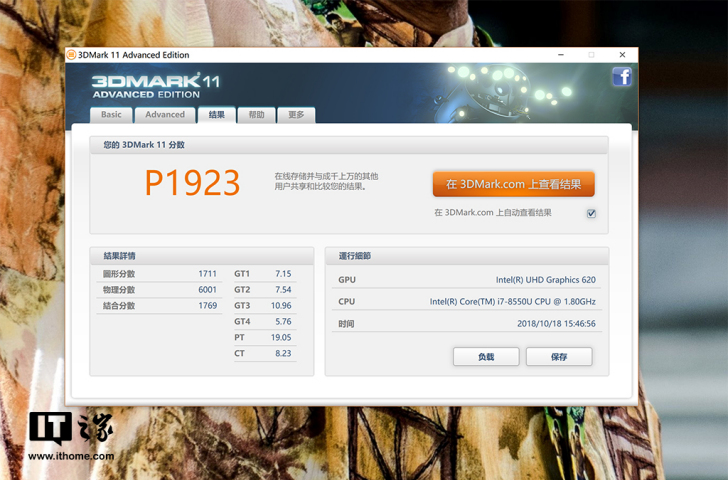 Through the 3DMark test, Lenovo YOGA 7 Pro scored 1923 in P performance mode (720P resolution, support for a medium-level load, suitable for most gaming computers), 1711 in graphics score, and 6001 in the physical score that combined score of 1769 points. So, in term of Performance, it is a mid-level to upper-level performing notebook.

Third, the use of experience: starting from the value of the face, finally talent

Lenovo Yoga 7 Pro is a thin, multi-mode notebook that is very friendly to business people or mobile workers who travel frequently. If you like Lenovo YOGA 7 Pro because of the value, you’ll completely fall in love with it because of the inner. 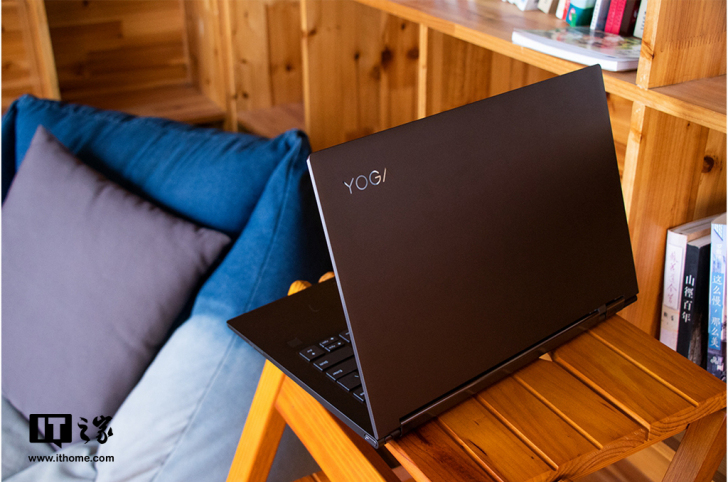 Lenovo YOGA 7 Pro brings the best feature of the YOGA series notebook, which is 360-degree flip that supports four modes: divided into notebook mode, can be used for office; standing mode can be used for entertainment; tablet mode, for reading; and Tent mode, used to create. The 4K screen of Lenovo Yoga 7 Pro has 100% sRGB color gamut, the picture is delicate and the color performance is relatively pure. 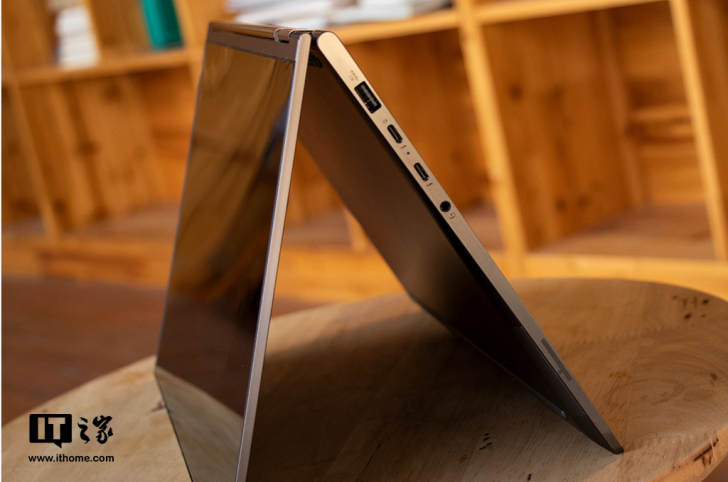 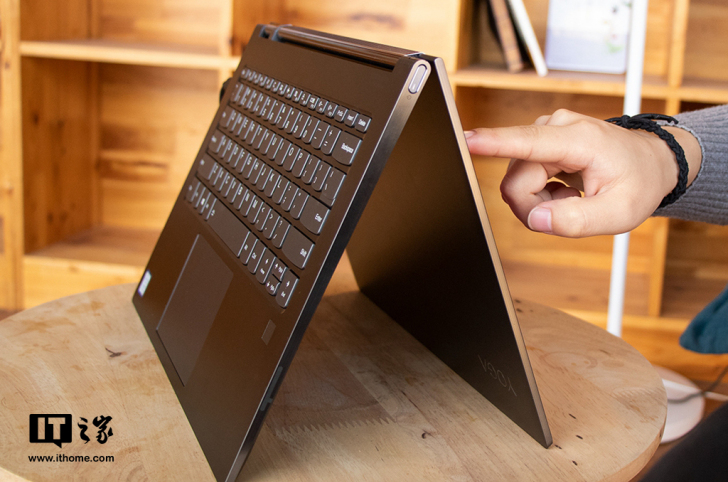 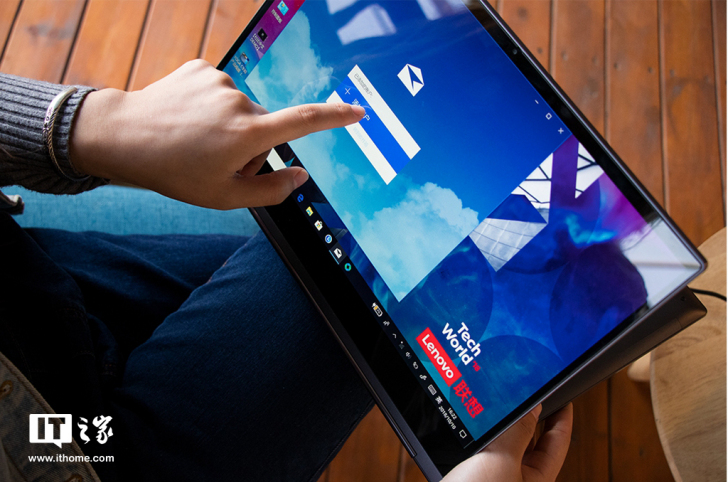 The multi-variable mode of Lenovo YOGA 7 Pro can adapt to different scene requirements where the three-stage damping shaft plays an important role in it. While ensuring 360-degree rotation, it can maintain strong firmness in every place, which is amazing. Lenovo YOGA 7 Pro supports one-handed open cover, which is commendable. But when it is halfway open, the base of the notebook will be slightly tilted. So, you need to work with both hands. 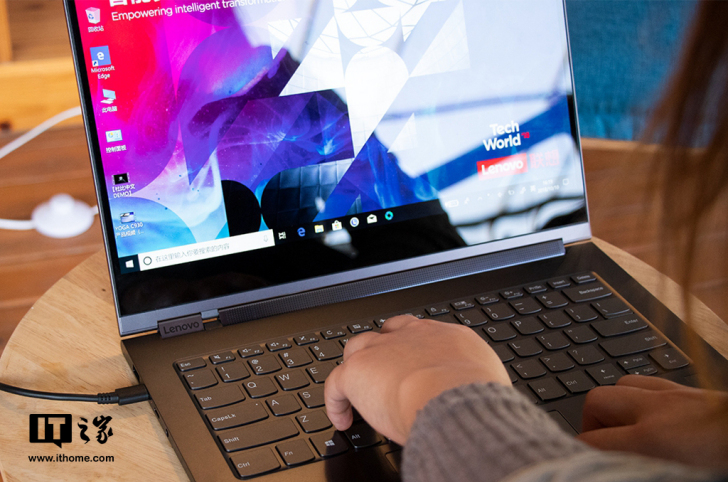 For the IT house editor, the regular notebook mode is the most used scene in which the Lenovo Yoga 7 Pro is classic with the full-featured office. On the Lenovo Yoga 7 Pro, a built-in fingerprint recognition module that supports Windows Hello can be set in the setup login option. The unlocking and locking by fingerprint recognition are convenient and safe.

Lenovo YOGA 7 Pro is equipped with a 4K touchscreen that supports up to 10 touches. In the current Windows 10 notebook, the touch screen is a full-fledged highlight. This notebook features all the latest technology. YOGA 7 Pro meets the important experience of more scenes, such as tent mode, tablet mode, and stand mode without leaving the touchscreen.

For Windows 10 notebooks, an advanced precision touchpad is essential, and the built-in keyboard determines the desire to create your input. 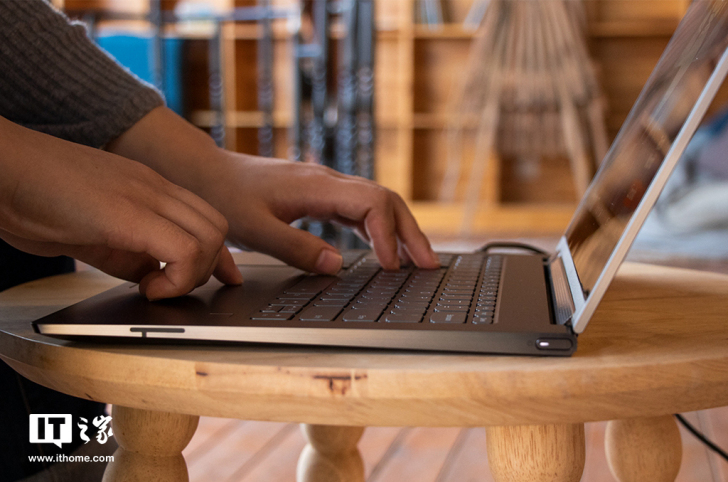 Lenovo YOGA 7 Pro notebook keyboard looks very delicate touch feels is really a kind of enjoyment. The keystroke is also in the ideal range and it won’t be hard because the keystroke is neither too short nor too long. I am also pleased with the touchpad on the Lenovo Yoga 7 Pro. First of all, the area is relatively large and there is no stretch. Secondly, the sensitivity is full, and the overall surface is integrated. The left and right operation areas are on the lower left and lower right. The sliding of the mouse is very close to the hand. Of course, this is also related to the Windows 10 system’s touchpad. The optimization is related. 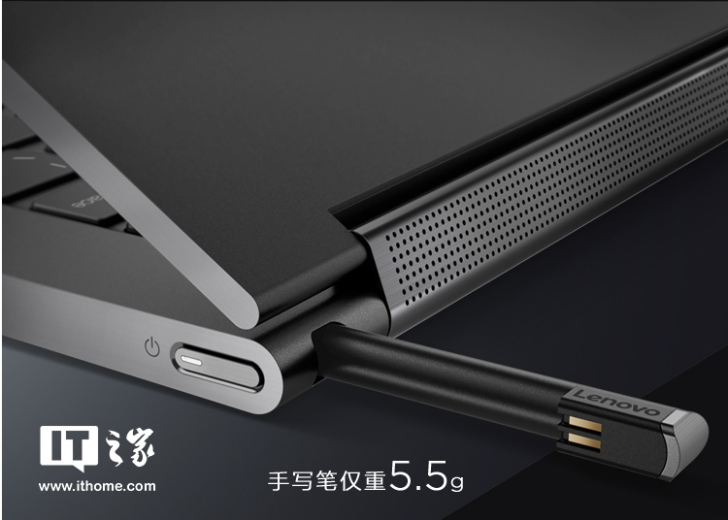 How to make good use of this 4K touchscreen? The stylus of Lenovo Yoga 7 Pro has played a big role in this section. As the IT House said before, this is a stylus that won't stop creating as long as you want to use it anytime and in anywhere. With the continuous iterative update of the Windows 10 system, the use of the stylus is becoming more and more abundant. In Windows 10, you can use the stylus directly in the Windows Ink area and in the lower right corner, you can select the effect of different pens for writing. It is also convenient to use the pen to tap the screen to call up the ink writing tool in the input area of ​​the Office software. The graphic writing input can be directly handwritten and demonstrated during the PPT display process, which makes it very convenient and practical.

Fourth, special articles: the first Dolby audio-visual notebook, watching the video and listening to music to enjoy it

The Lenovo Yoga 7 Pro is equipped with the Dolby Vision and Dolby Atmos sound system that makes people more immersive when watching videos and listening to music. This is new in the notebook. 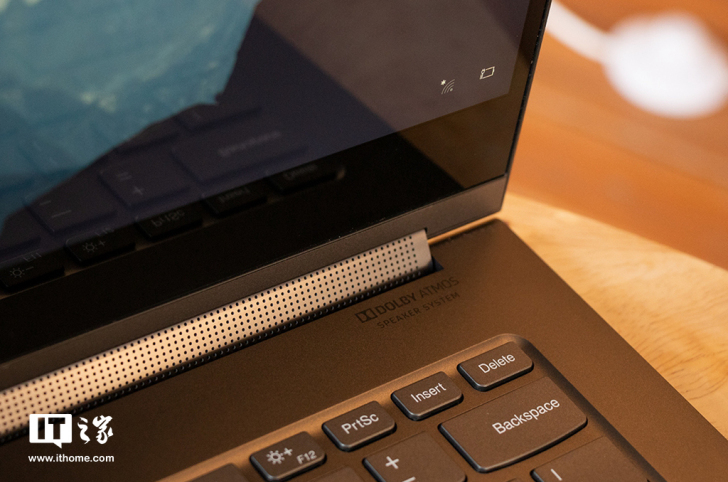