The Huawei Nova series, which targeted young people, has launched a new product, this time they bring to you new technology, the newly designed flagship full of wisdom. Nova star has always been a group of young people who are pursuing the trend, and they are self-portraits. nova 4 is no exception. It is designed for the needs of young people. At the same time, the new pole screen can be said to be a prominent selling point of this phone. . Then let's take a look at how this phone performs. 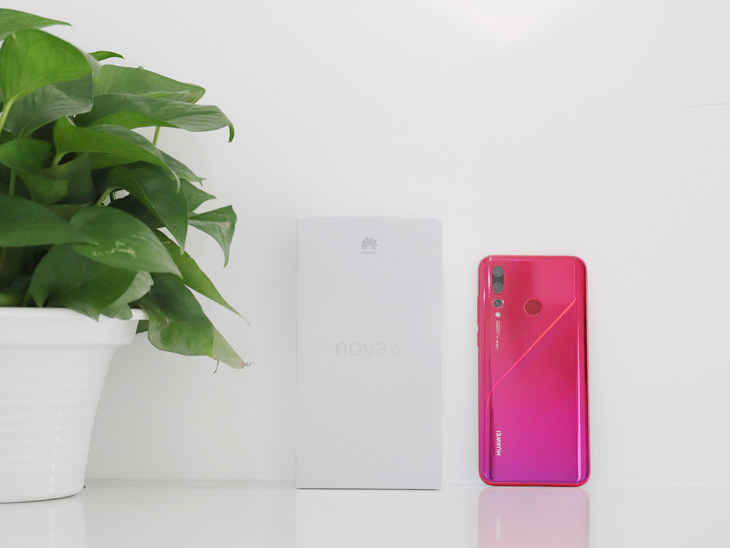 Huawei Nova 4 in the appearance "pole screen", is the biggest bright part. In order to solve the problem of the front camera, Huawei in the mobile phone screen hit a 4.5mm diameter blind hole, innovative screen camera technology to make the entire screen integrated. This is also for full screen consideration, 6.4-inch screen, screen scale 19.25:9, resolution 2310*1080, screen accounted for up to 91.8% per cent. 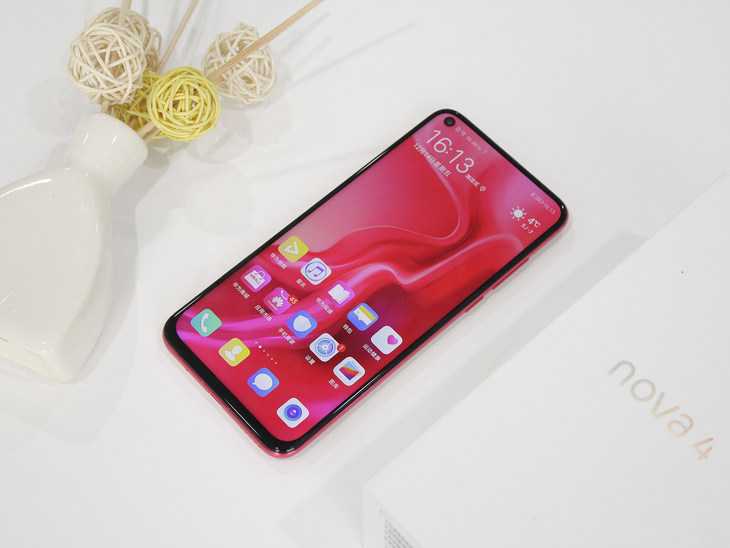 The front screen is made of LCD material, and the surrounding border has been narrowed enough to achieve the ultimate screen share. At the same time, hidden led breathing lights, micro-seam handsets and hidden ambient light sensors, so that the border above the screen only 1.85mm, to achieve a breakthrough in the screen share. 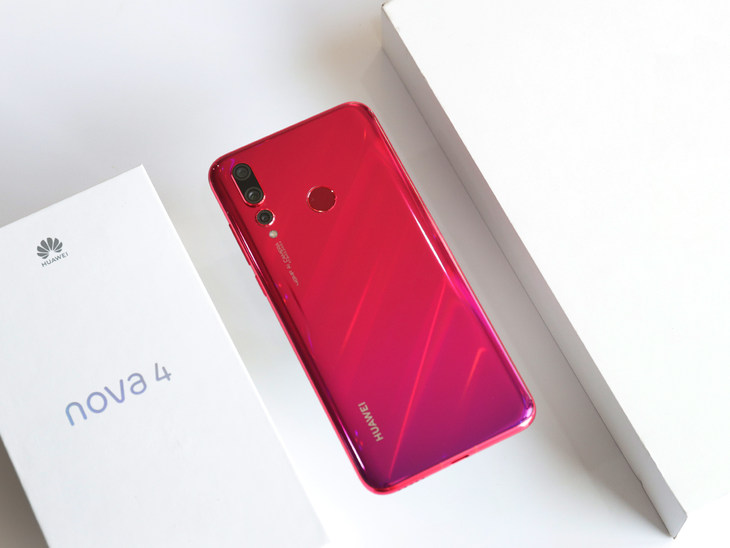 After the front, let's take another look. On the back of Nova 4, Huawei Nova 4 inherits the Nova series's consistent high-value design, using the same glass structure as Nova 3 and the vertical camera distribution, with a very high value. And we got this new color of honey red, using a double-layer coating process, in the light can reflect a very gorgeous color. 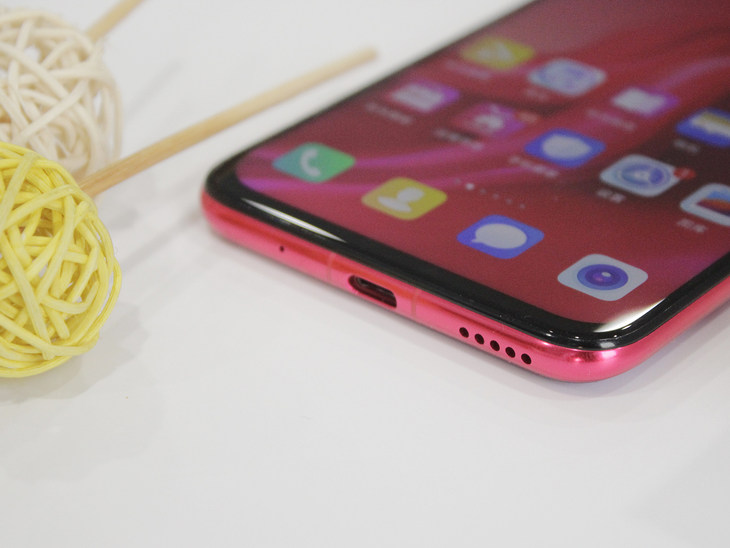 Performance has not been a prominent selling point in the Nova series, but on Nova 4 we have also seen the addition of the Kirin 970 processor. There is no doubt about the performance of the processor, and the flagship chip has the best performance. At the same time, a separate NPU is built into the Kirin 970 processor, with an excellent level of AI processing and computing capabilities. 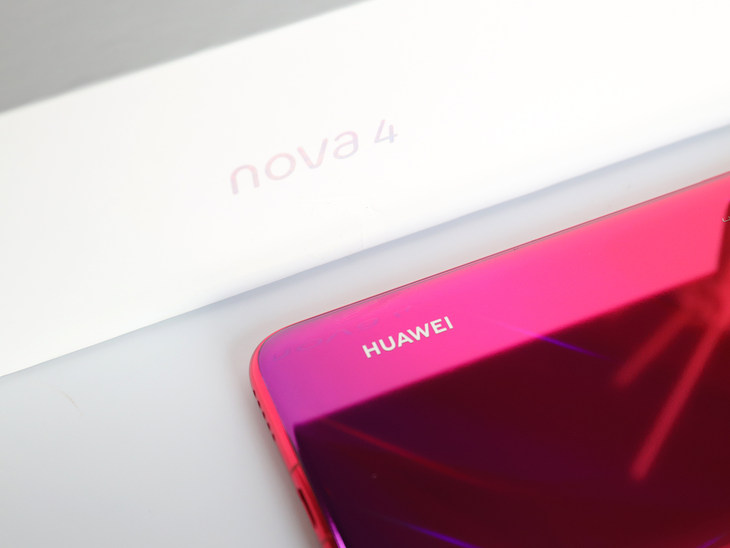 Huawei Nova 4 also has 8GB of ultra-large memory and 128GB of storage space, fully meet the needs of users. 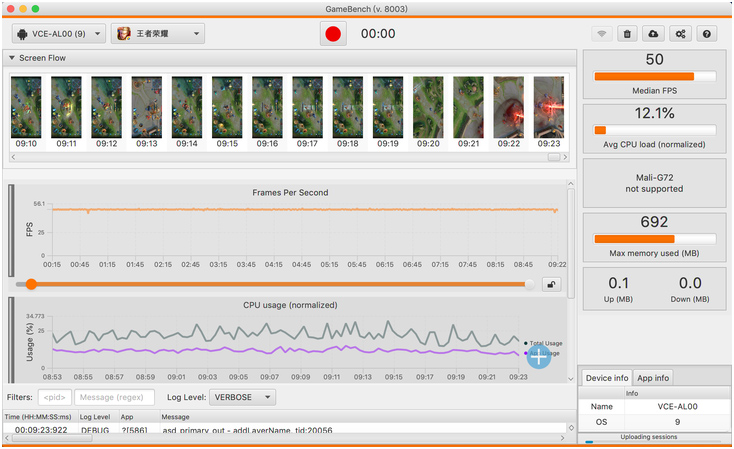 Mobile games are one of young people's favorite forms of entertainment and one of the more challenging aspects of mobile phone performance. And in Huawei Nova 4 on the "Glory of the King" and "stimulate the battlefield" of the two popular games, may be due to the engineering machine, the software adaptation is not comprehensive, in the "Glory of the King" game frame rate can reach up to 50 frames, "stimulation battlefield" is 30 frames. Maybe it's a brand new screen display scale, the game needs to be adapted, and the following version should be at a better level. 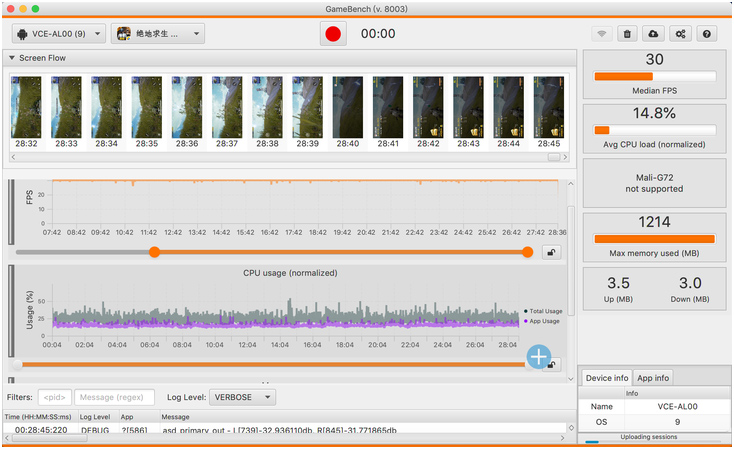 However, the experience in the game is still quite good, first of all, for the FPS design game, the retention of the 3.5mm headphone interface means that the wired headset can be used to achieve non-delayed sound feedback, a better resolution of the enemy's position. And the headset and charging do not need the same interface, you can play the game while charging.

In the course of the game, the frame rate of the whole phone is quite stable, there is no obvious frame rate fluctuation. In the battle scenario of King Glory, even if many skills are released at the same time, the frame rate can be more stable output. And the biggest challenge of "stimulating the battlefield" is to quickly render the surrounding environment while driving, at which time the phone can also run more stably.

Photography has always been a dominant item in the Nova series, and it is no exception on Huawei Nova 4, with stronger hardware and software for better display results. 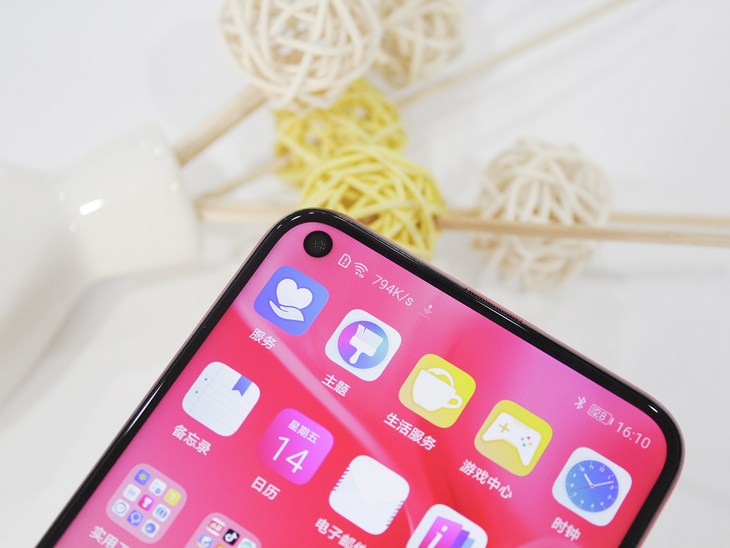 The front is a 25-million-megapixel front-facing camera, and the camera's design does not affect the level of the front "poster level" selfie at all. Through the processor's built-in NPU, can carry out AI wisdom beauty, for each person's facial structure for targeted beauty optimization, so that the effect of the selfie is better natural, but also more beautiful. 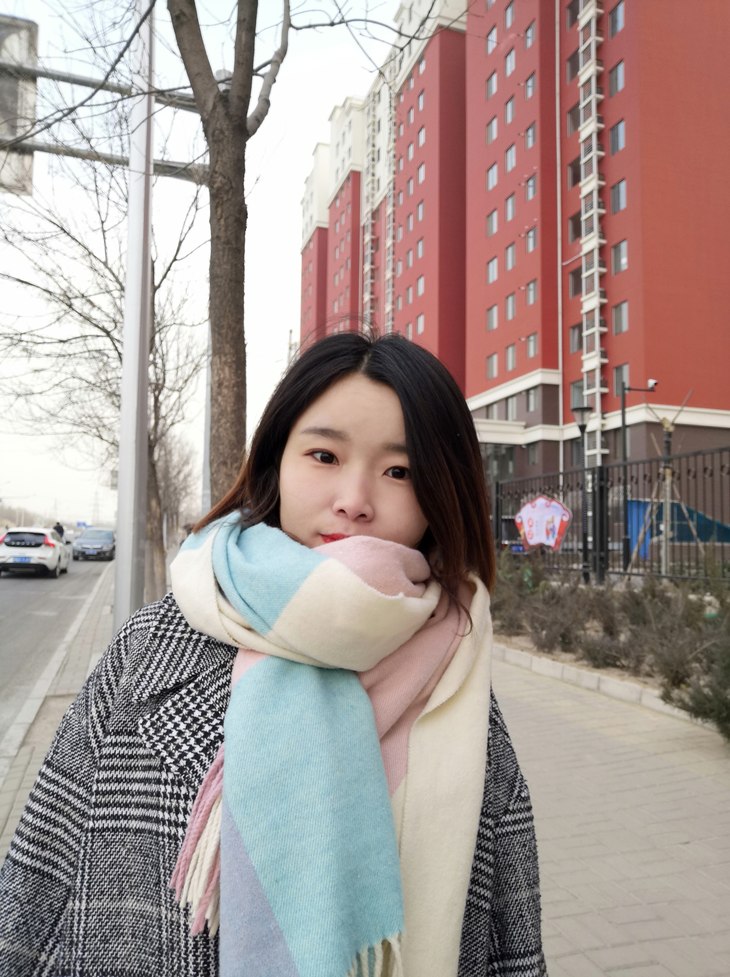 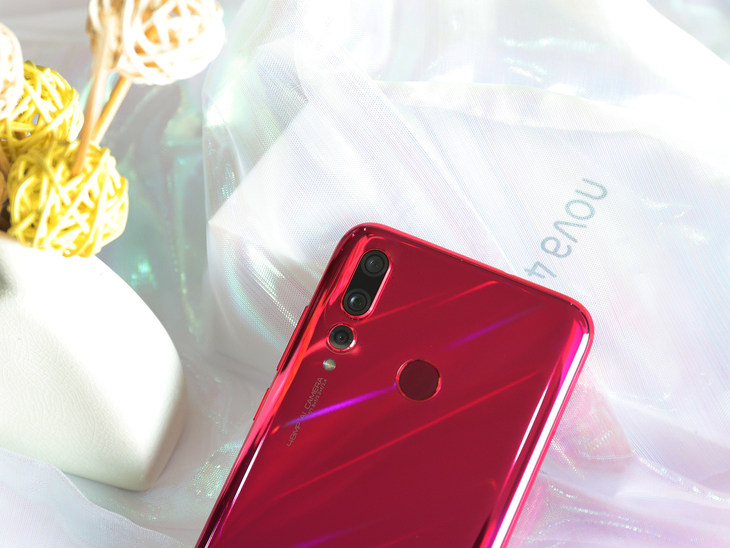 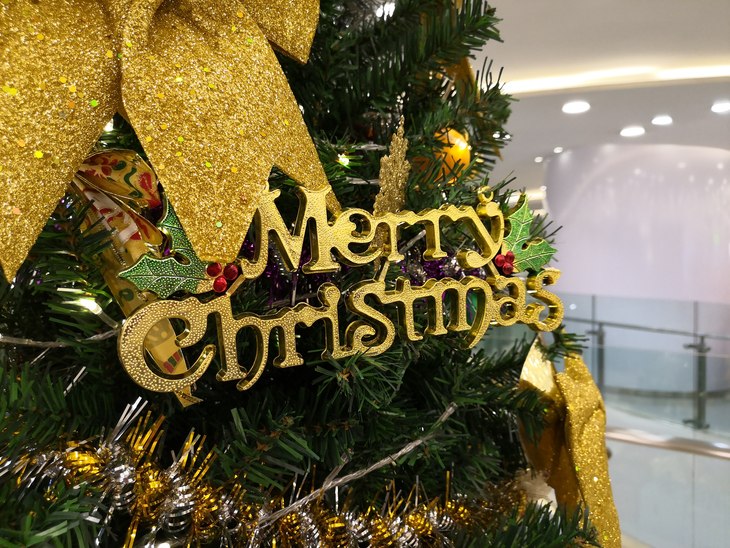 It is also worth noting that a 16 million megapixel ultra-wide-angle camera has been added to the rear triple photo. With a large wide angle of 117 ° and a large aperture of F2.2, the camera offers a wider view of the photo. At the same time, the powerful AI performance of the Kirin 970 processor also provides a distorted correction for the shooting of ultra-wide-angle photos, making photos work better. 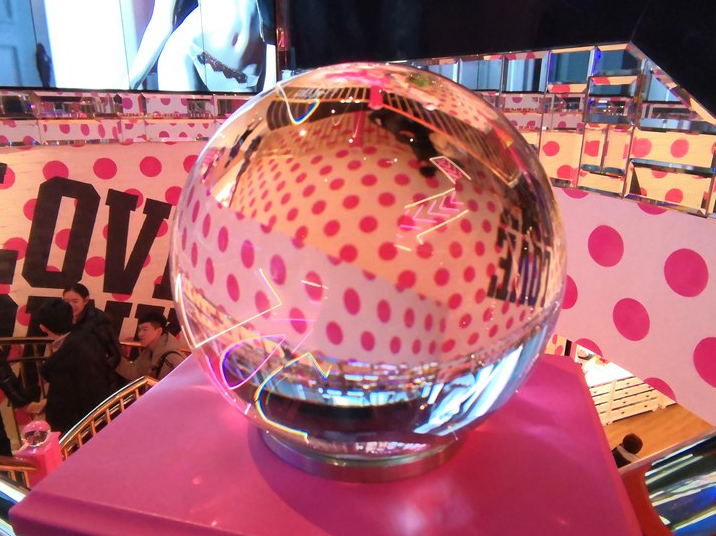 The advantages of large wide-angle cameras taking pictures in our daily lives are very obvious. For example, when playing, want to take the broader natural scenery into the photo, ultra-wide angle of the camera can be almost a lot more than the normal mode of the screen. When a multiplayer photo is photographed, it can also be in a relatively close distance, all the people will be included in the picture.

In the powerful AI performance plus, the phone can identify the picture scene when taking photos, and make targeted adjustments, intelligent optimization, with a shot is very good-looking. 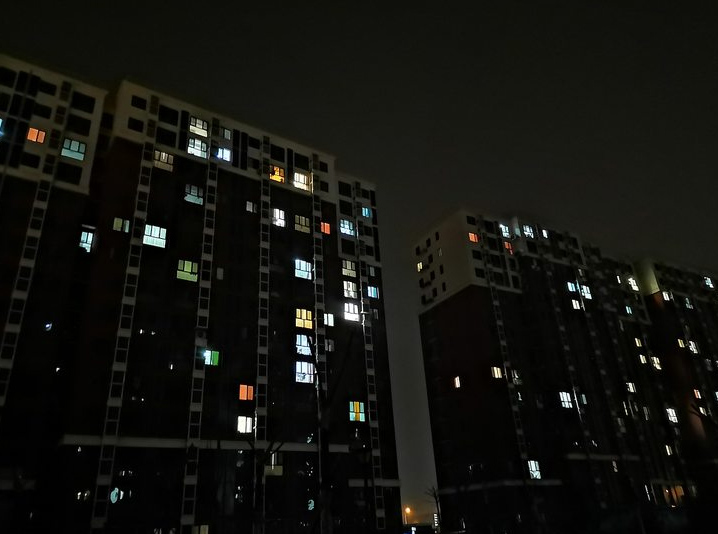 Support Super Night view function, in the shooting of night photos, you can take a long exposure mode of multiple photos under different exposure, and then synthesize, so that in the night scene photos, you can suppress the high light better, and the details of the dark part can have more reservations. The night view photo effect is not the same as the Huawei Mate 20 series, but it can also be counted as the industry's leading level. 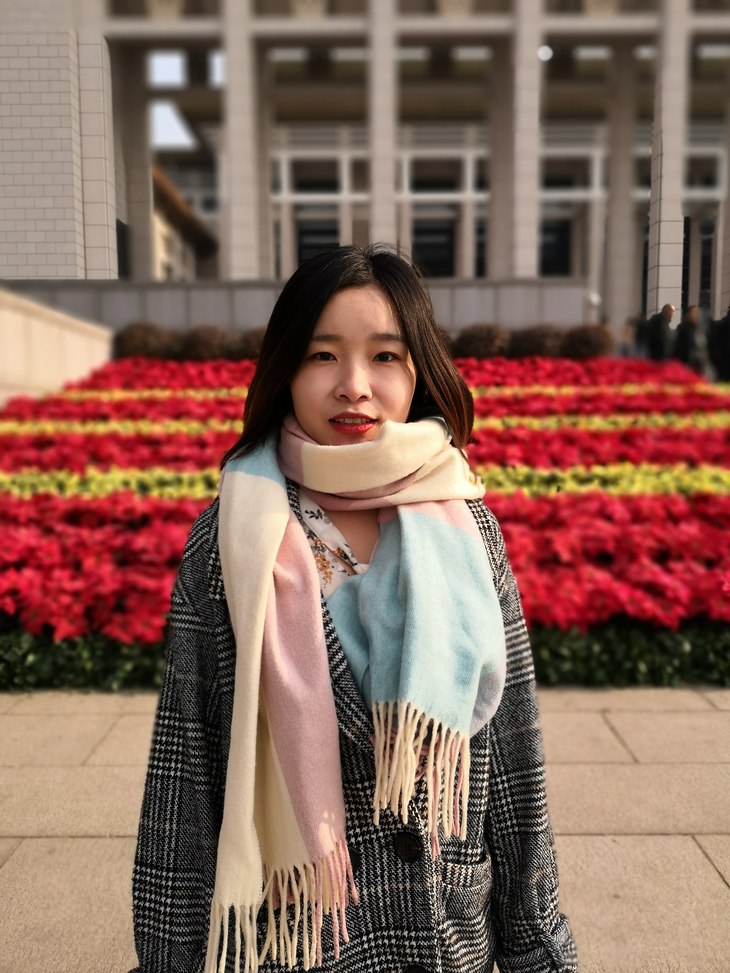 In addition, in some details, Huawei Nova 4 in the night when shooting, will be the front screen display a circle of white screen, so that the face can be filled with light, with the same effect of ring light lamp, selfie more handy. In portrait mode, the algorithm of background virtualization can also be more accurate keying, the contour details of portraits are excellent.

On the system side, Huawei Nova 4 uses the latest Android P-based Emui 9 system, the first product of the Nova series upgrades to Android p. Added a new full-screen gesture to the new system, paddling back to the desktop, on both sides of the screen back, hovering over multitasking, easier to operate, and more suitable for a full screen phone. 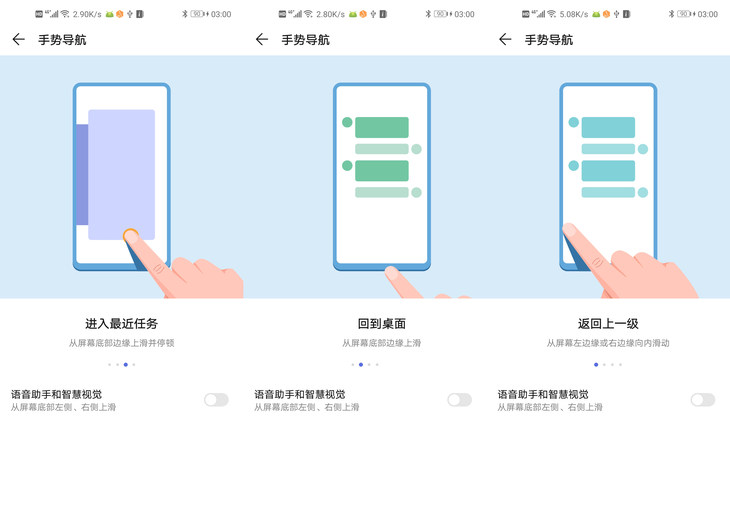 The new phone UI has more design and optimization in terms of smart scenarios. Voice assistant Small Art, a sentence to help you carry out mobile phone operation, free hands. Intelligent scene, in the phone's negative one screen built in a variety of daily commonly used features, mobile phones are more handy to use. 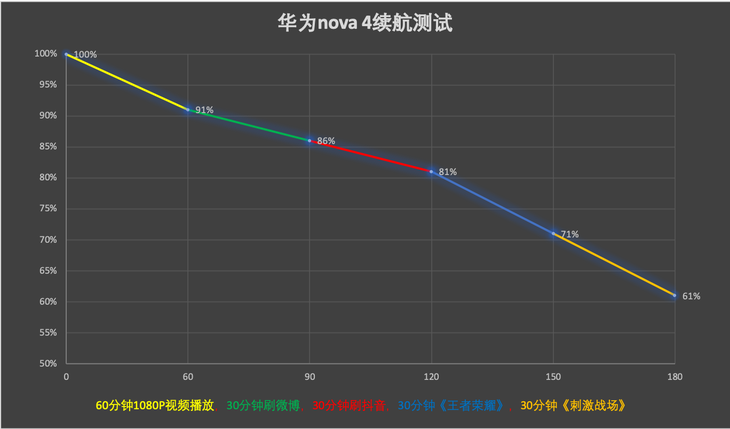 And in terms of charging, the standard is the highest support 18W fast charge charger, an hour can be about 85% of the charge, charging speed is also very powerful.

Huawei has always referred to the Nova series of users as Nova Star people, this group of young people like to play, like the cool, but also like the latest technology, Huawei Nova 4 fully meet these requirements. The cool look, tough performance, and still excellent photography are enough to make Nova 40% a new favorite for the Nova star. And the innovation of the pole screen design is also in this year's blooming full screen tide, but also has a new design idea. Pole screen can become the mainstream of the industry, but also need to be listed by consumers after the launch of the product.