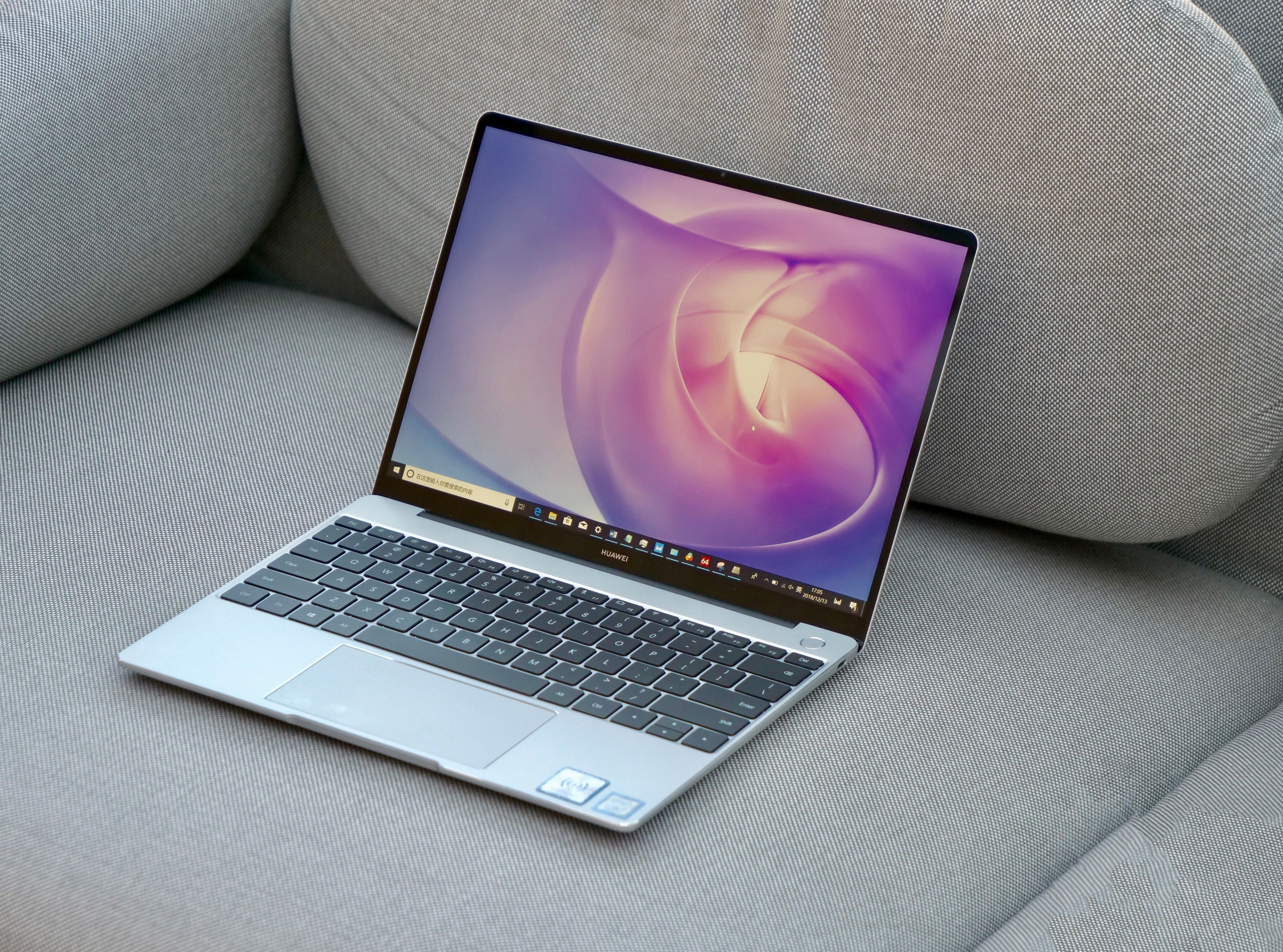 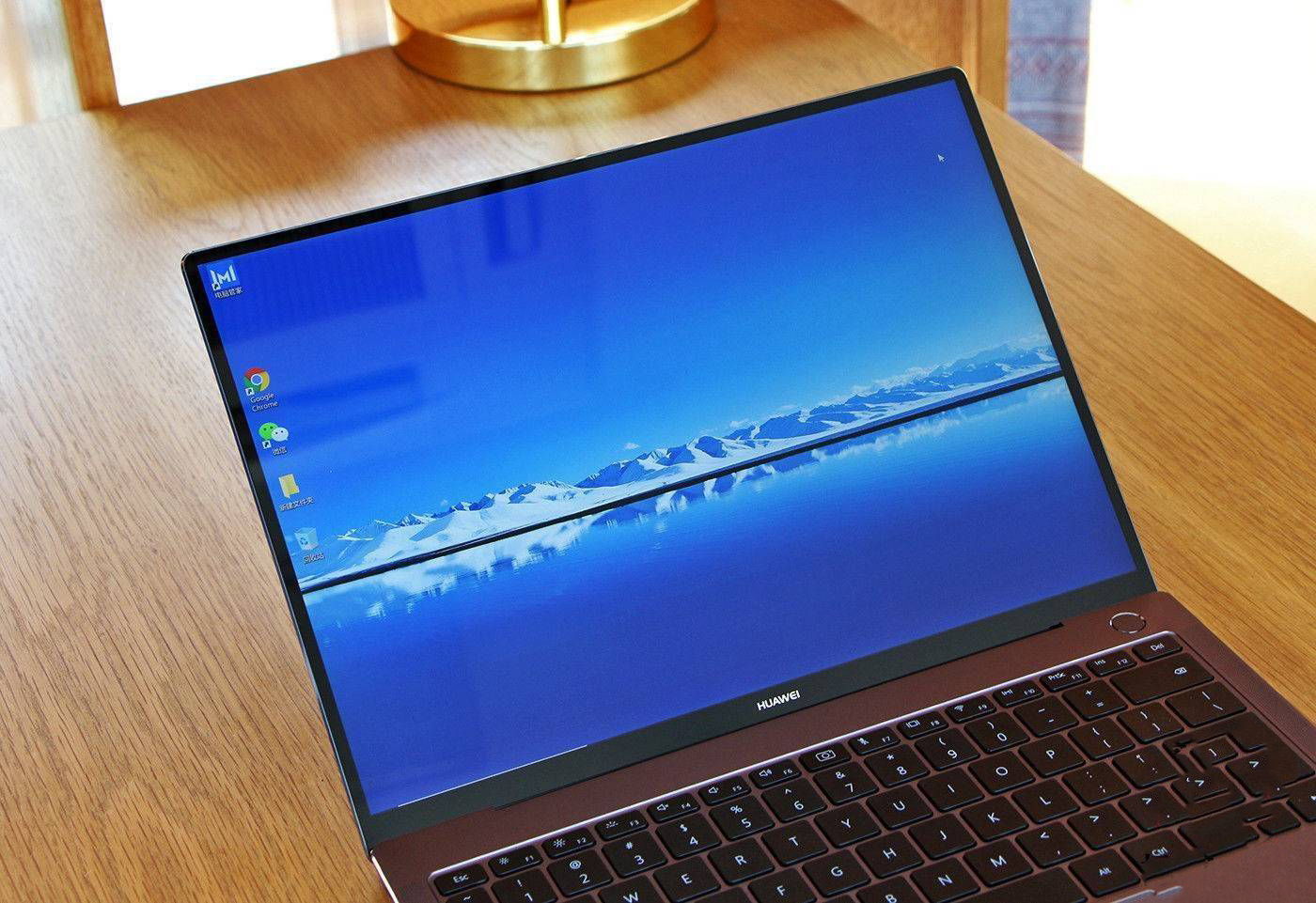 This comprehensive screen experience, which can be described as a "breakthrough", fits the overall performance of craftsmanship, performance, and life, making Huawei MateBook X Pro The most satisfying high-end lightweight (one) we have experienced in the past year.

In the November, Huawei released a new MateBook series, which debuted a 13-inch model, Huawei MateBook 13. 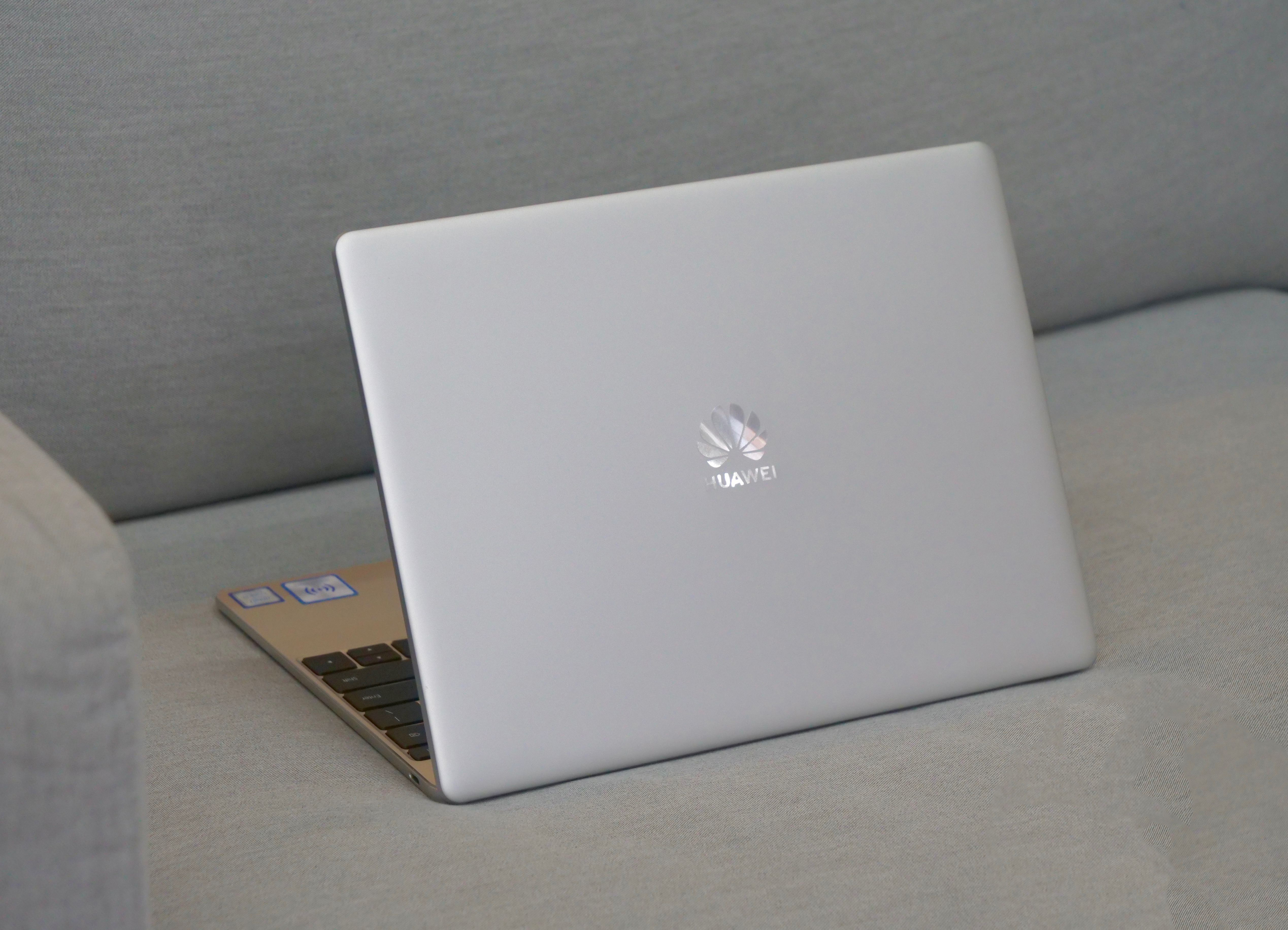 In this lightweight version, Huawei also has a comprehensive screen similar to the MateBook X Pro gaoping, with the highest "i7-8565u + full blood mx150" specifications allowing Huawei MateBook 13 to perform well in performance.

Let's take a look at this product together.

The screen is undoubtedly the biggest highlight of HUAWEI MateBook 13. 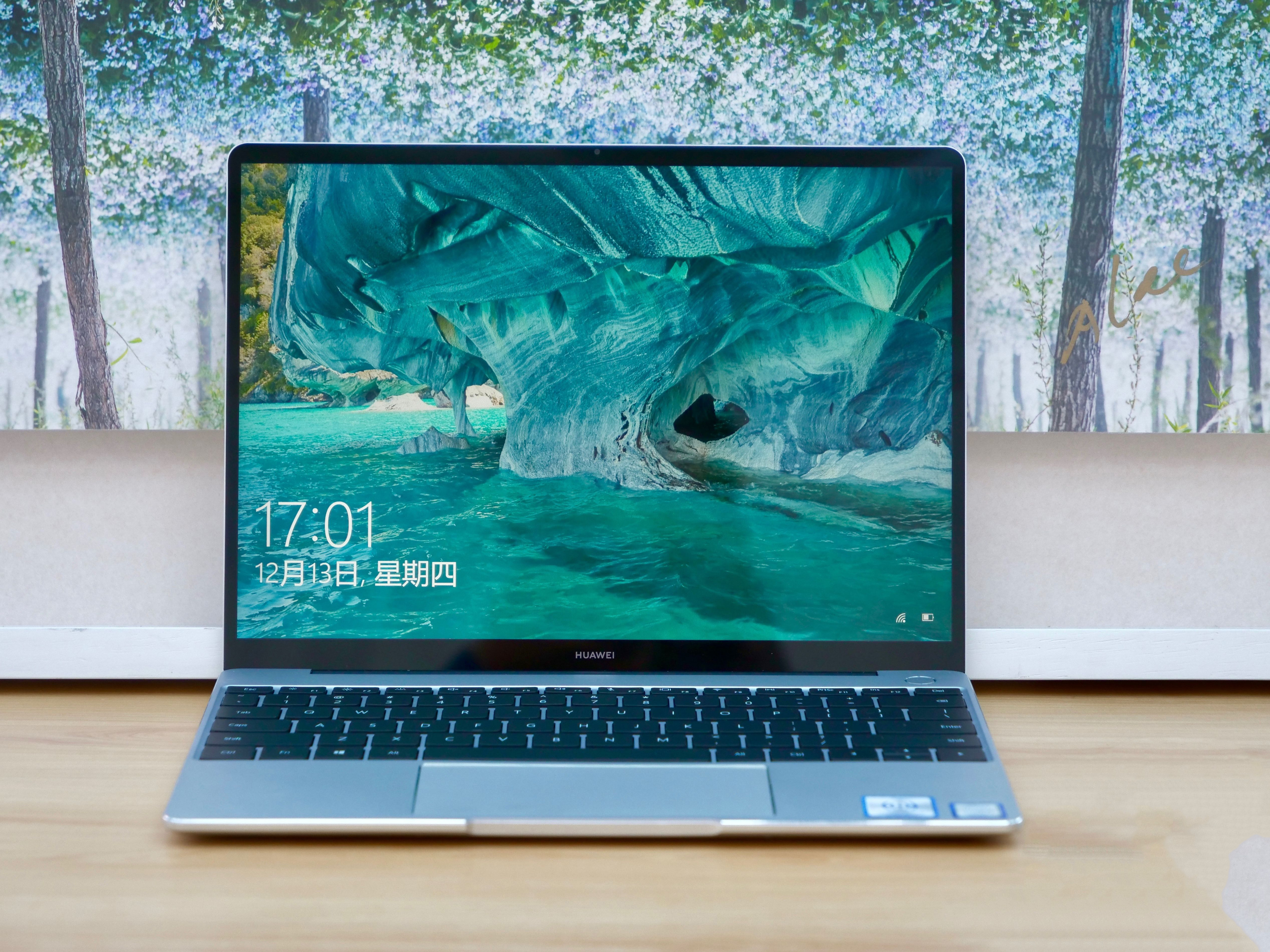 The left and right borders of the HUAWEI MateBook 13 are only 4.4 millimetres, and this data is roughly the same as the HUAWEI MateBook X Pro, which is significantly narrower than the vast majority of laptops. It is worth mentioning that Huawei has also successfully "tucked" the camera and the indicator light into a screen only slightly wider than the left and right borders, video chat can provide a "normal" picture.

Thanks to excellent border control, the HUAWEI MateBook 13 has a screen share of 88% and is a genuine "full screen". 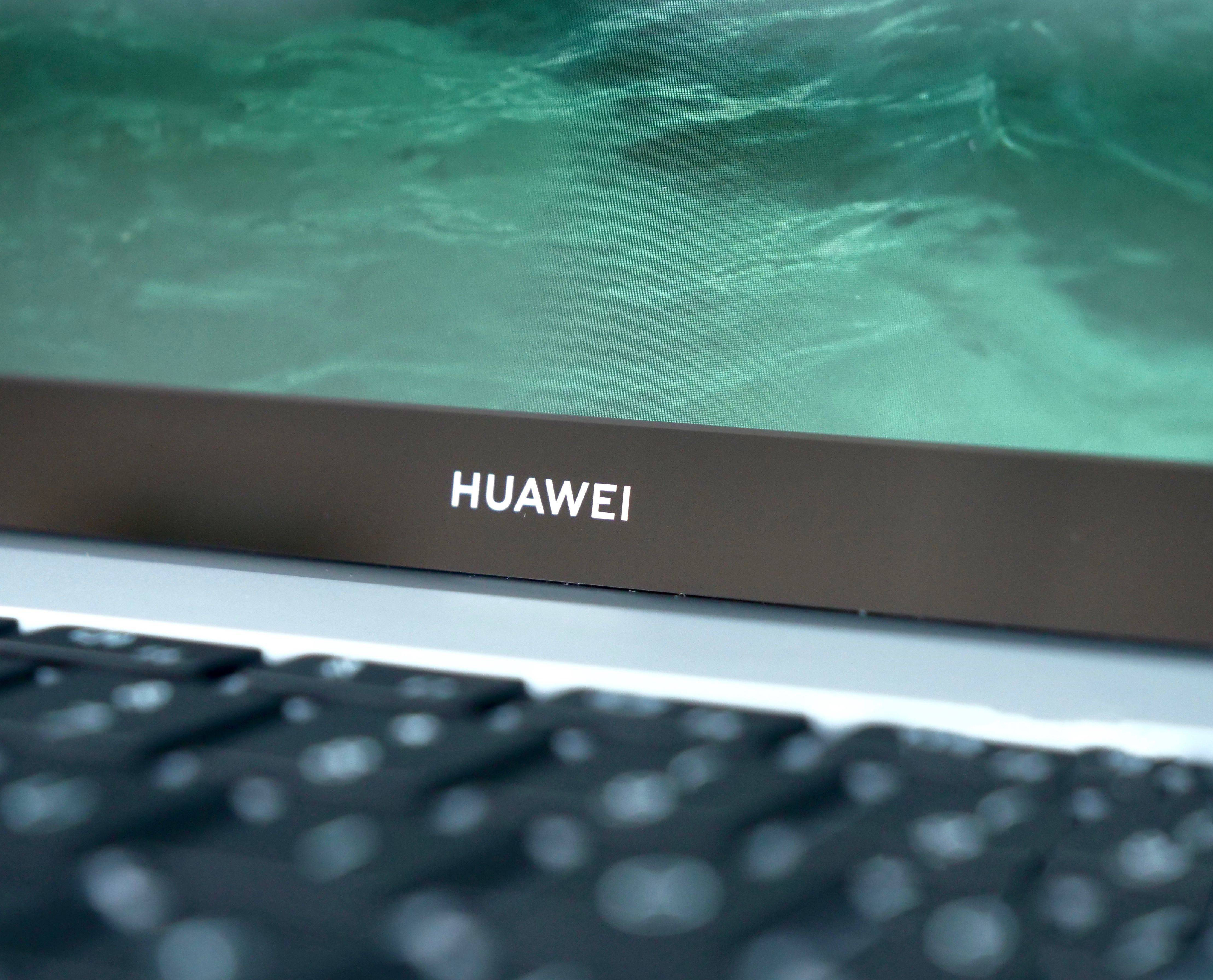 In addition to the screen share, HUAWEI MateBook 13 screen quality is also quite good. 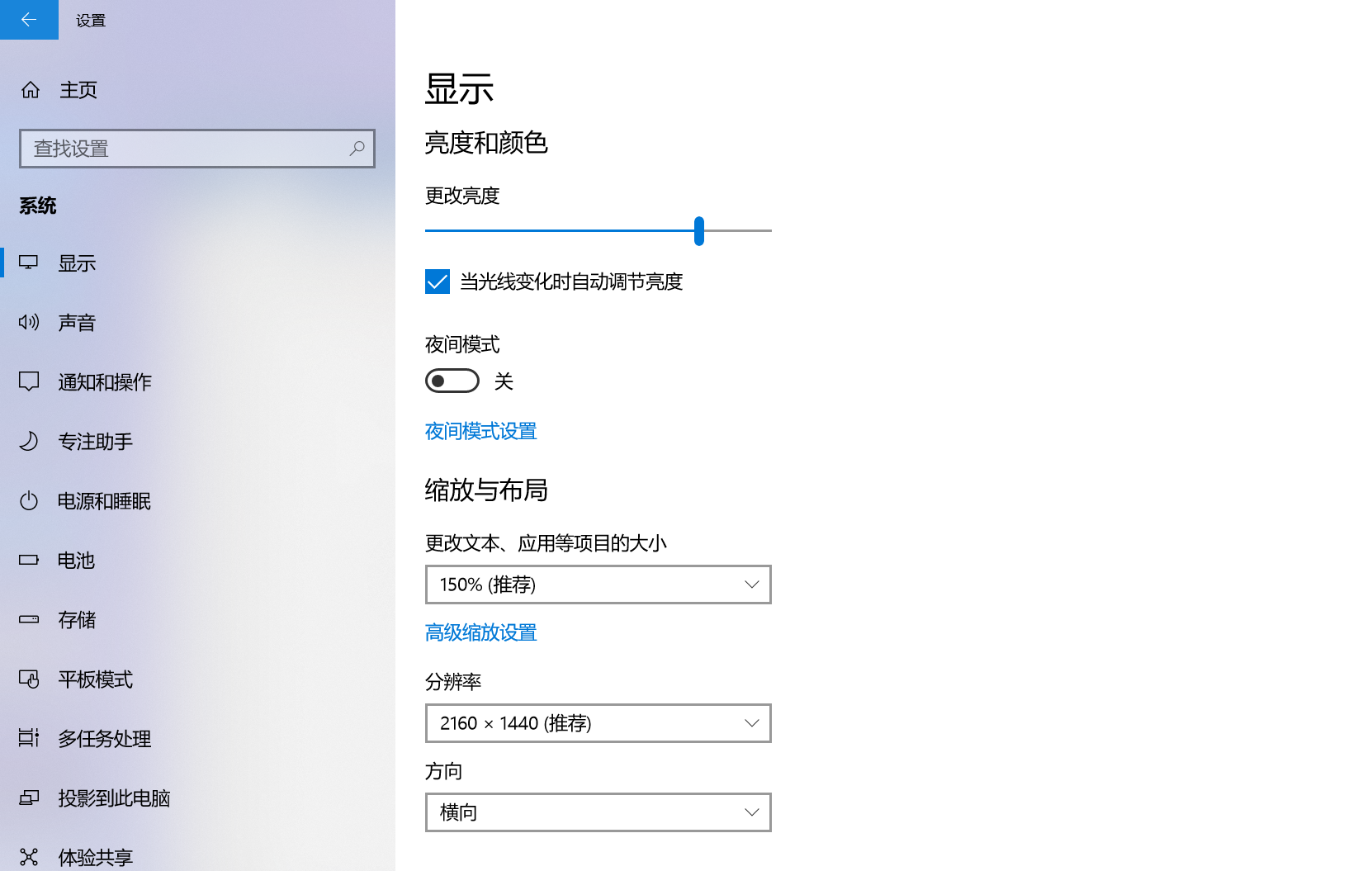 In addition, the screen can cover 100% of SRGB gamut, plus 1000:1 contrast, up to 300 ni brightness, and a wide range of IPS panels, HUAWEI MateBook 13 of this screen can be said to be "quasi-flagship" level. 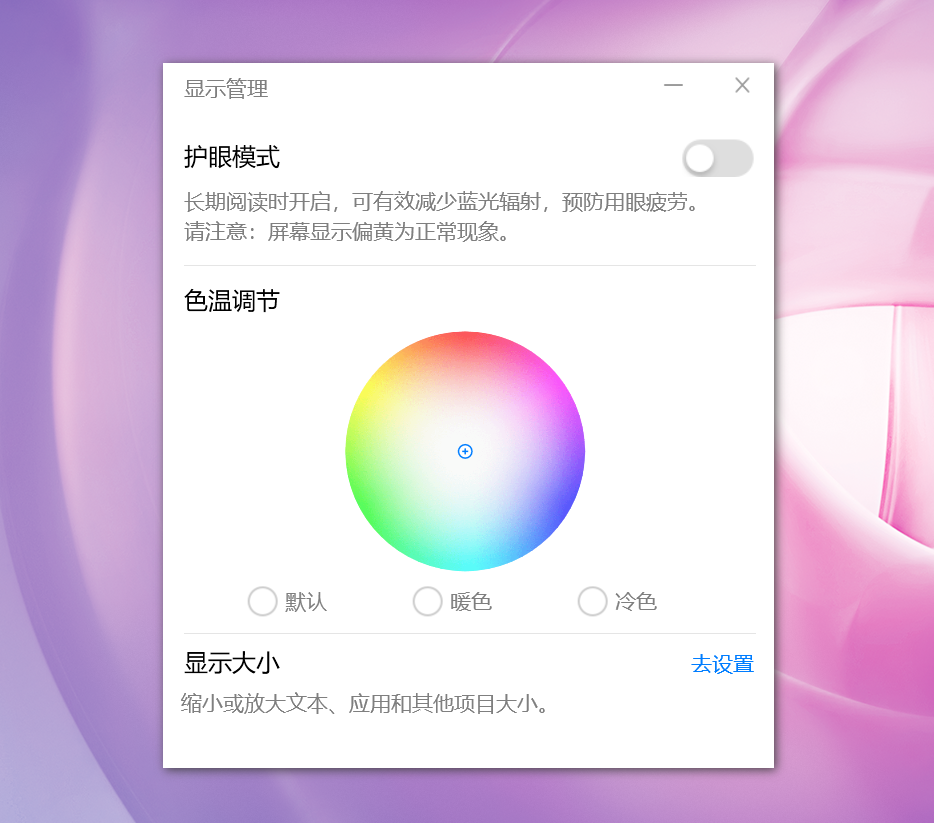 Huawei also transplanted eye care solutions on phones and tablets to computers, right-clicking on the desktop, and selecting Show management to enable them. When eye care mode is enabled, the screen will turn yellow, and the blue light emitted will be filtered out to relieve visual fatigue, a feature that is more practical when tapping in the event of a weak at night.

Overall, put in the current 13-inch notebook screen, whether it is resolution, color gamut, visual angle, or screen share, HUAWEI MateBook 13 have come up with a lot of "sincerity."

The appearance of the HUAWEI MateBook 13 continues the MateBookseries's consistent metallic simplicity style. 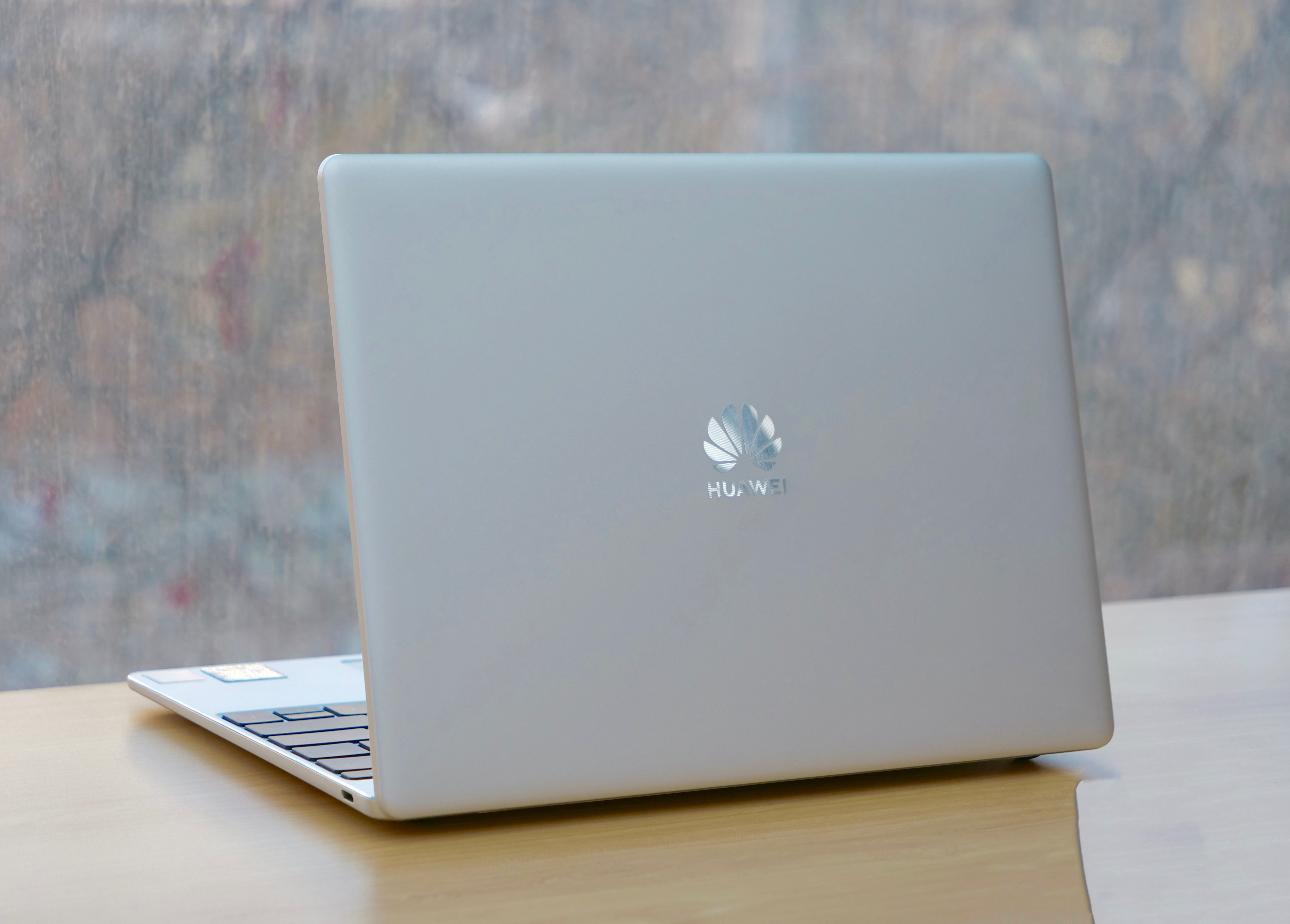 The computer's a face, C face, D surface are used metal material, screen and C-sided metal edge with CNC made a bright surface metal chamfering, enhance the metal sense of the whole machine. 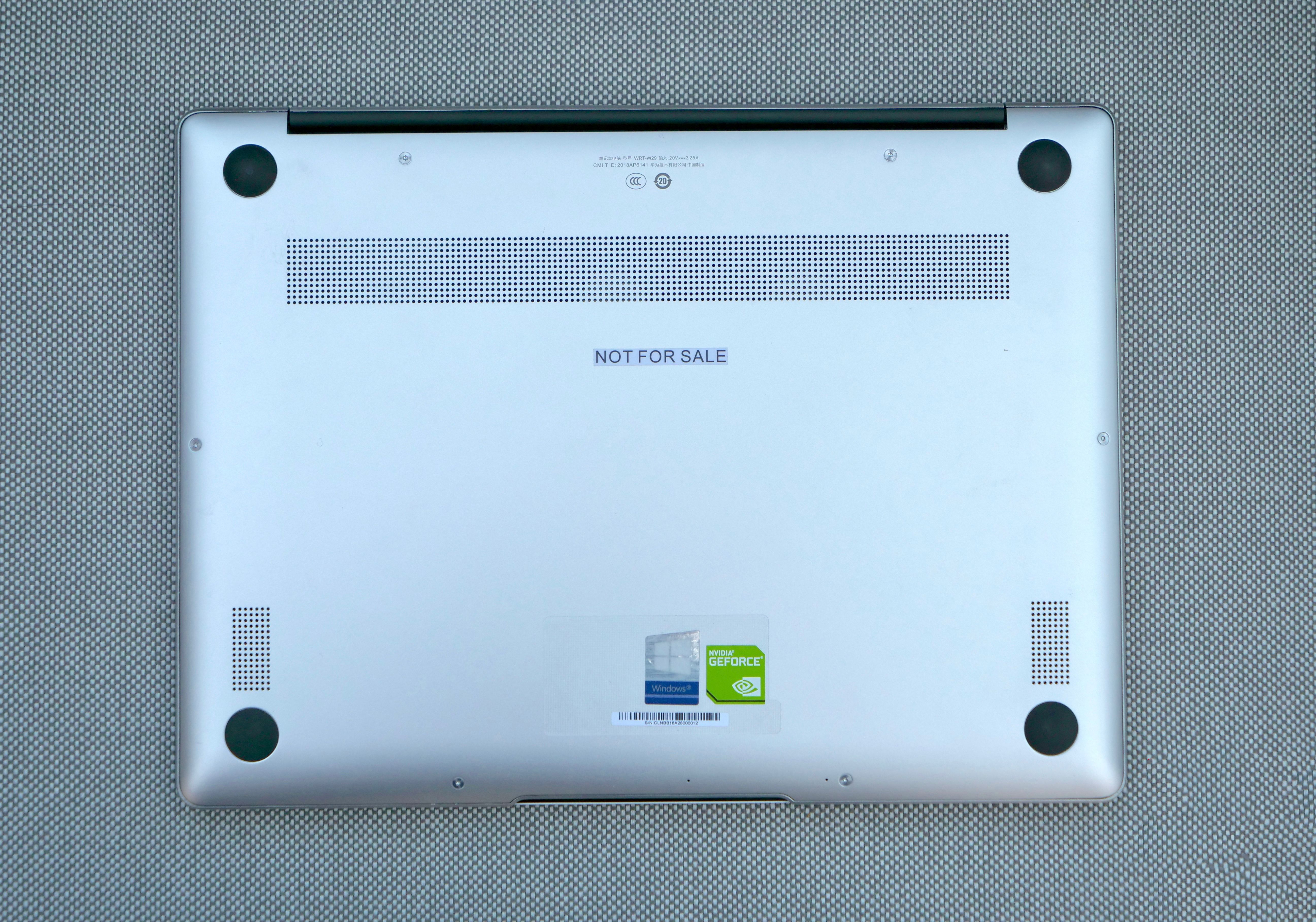 HUAWEI MateBook 13 of the D surface has three open hole area, on which the larger opening is the main heat dissipation area of the fuselage, the next left and right two is the speaker opening, can provide a good off quality. However, in order to obtain better heat dissipation and discharge performance, it is recommended that you keep the bottom of the ventilation in the daily use, try not to directly put the computer on the bed to use.

In the thickness and weight of the fuselage, the HUAWEI MateBook 13 can also be controlled, the thinnest body of 14.9 mm, weight 1.3 kg, the same price of the mainstream level of light.

HUAWEI MateBook 13 interface is not much to say, left and right each has a usb-c, the left side also has a 3.5 mm headphone jack. 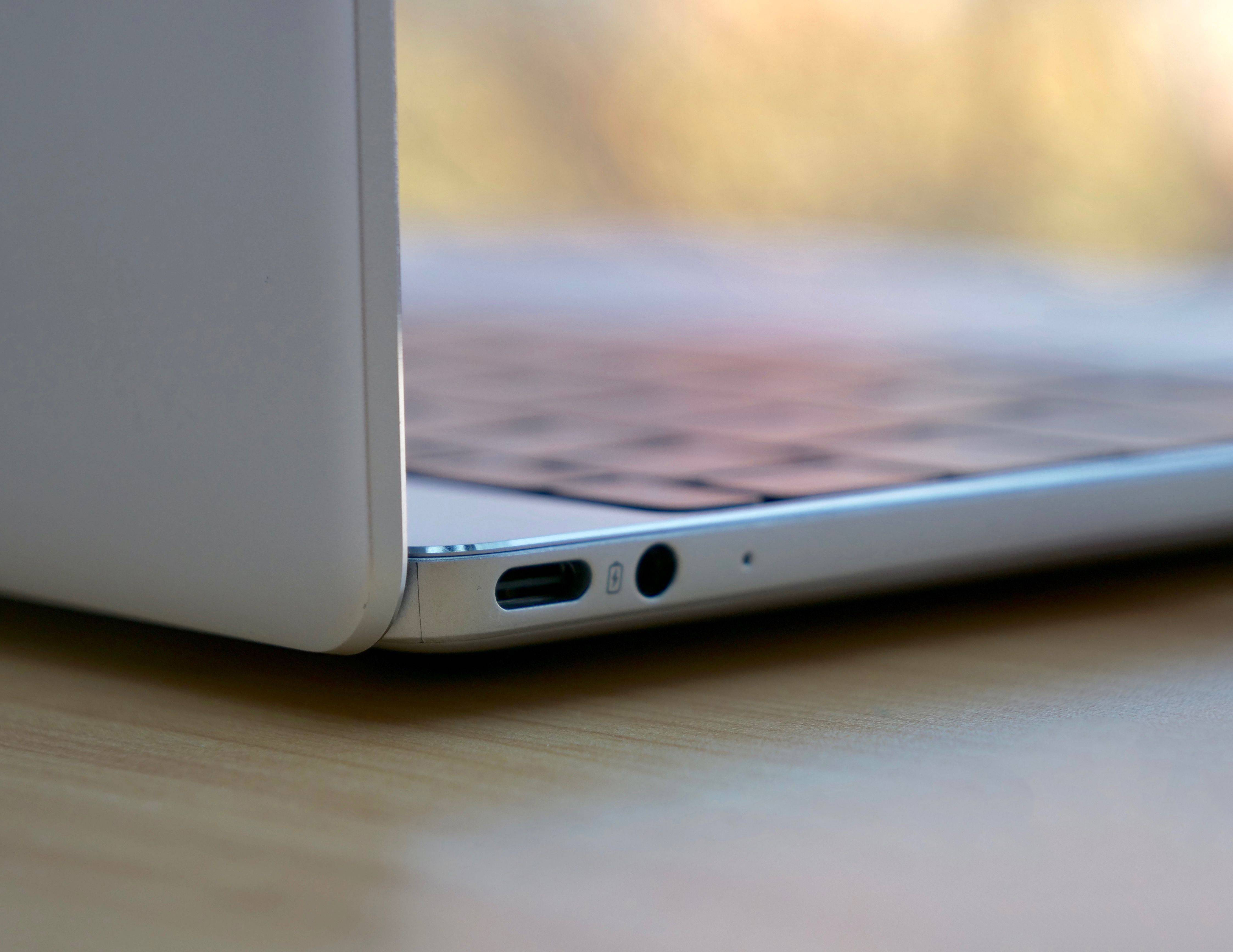 It is important to note that HUAWEI MateBook 13 can only use the usb-c on the left when charging. 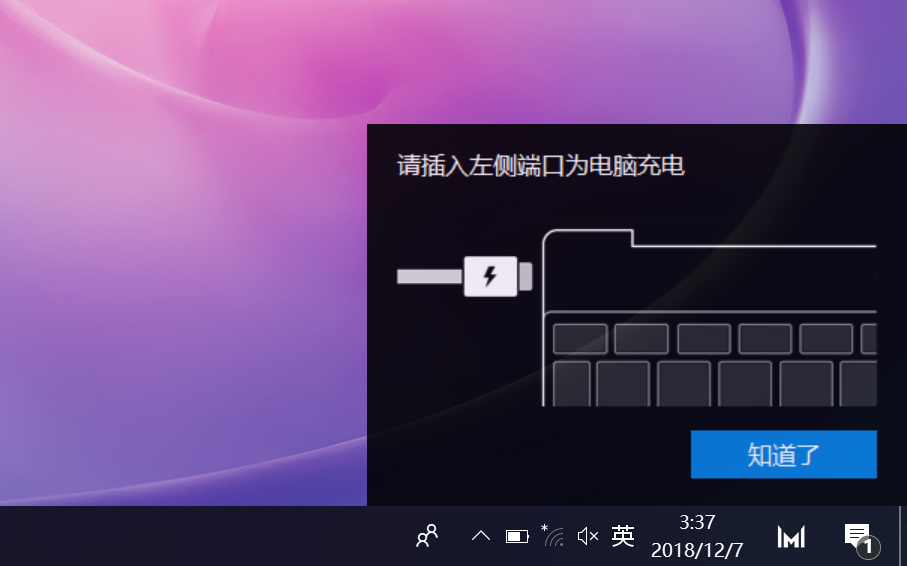 Keyboard feel good or bad is a very subjective problem, I personally will HUAWEI MateBook 13 of the hand on a "partial" position, limited by the thickness and other objective conditions from the industry's best to have a certain gap, but than the Apple MacBook feel very hard disc keyboard. 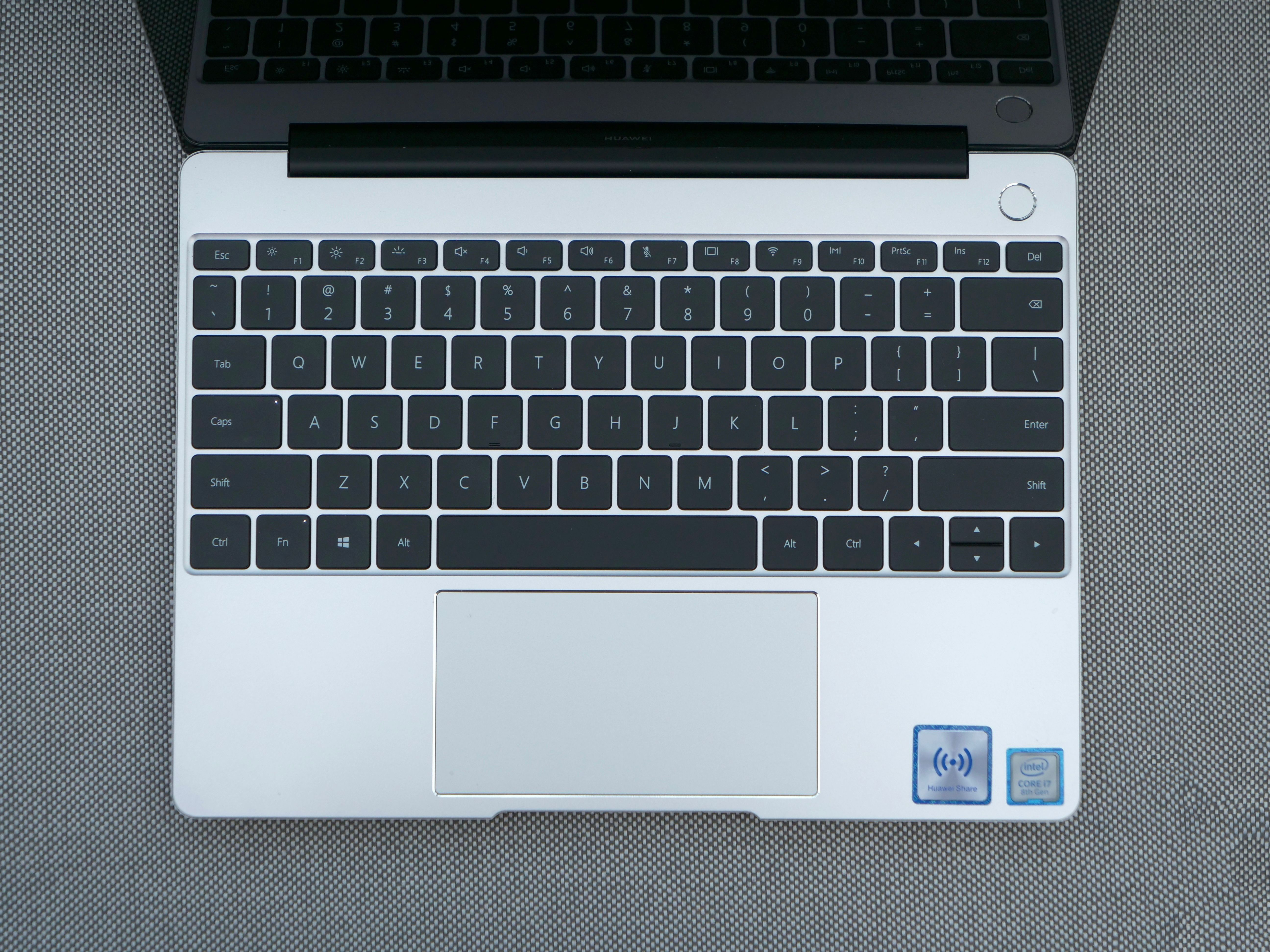 As for the trackpad, Huawei first increases the size of the trackpad as much as possible with limited fuselage space, and the upper and lower ends of the trackpad are almost to the edge, bringing a larger trackpad size than most Windows lightweight. 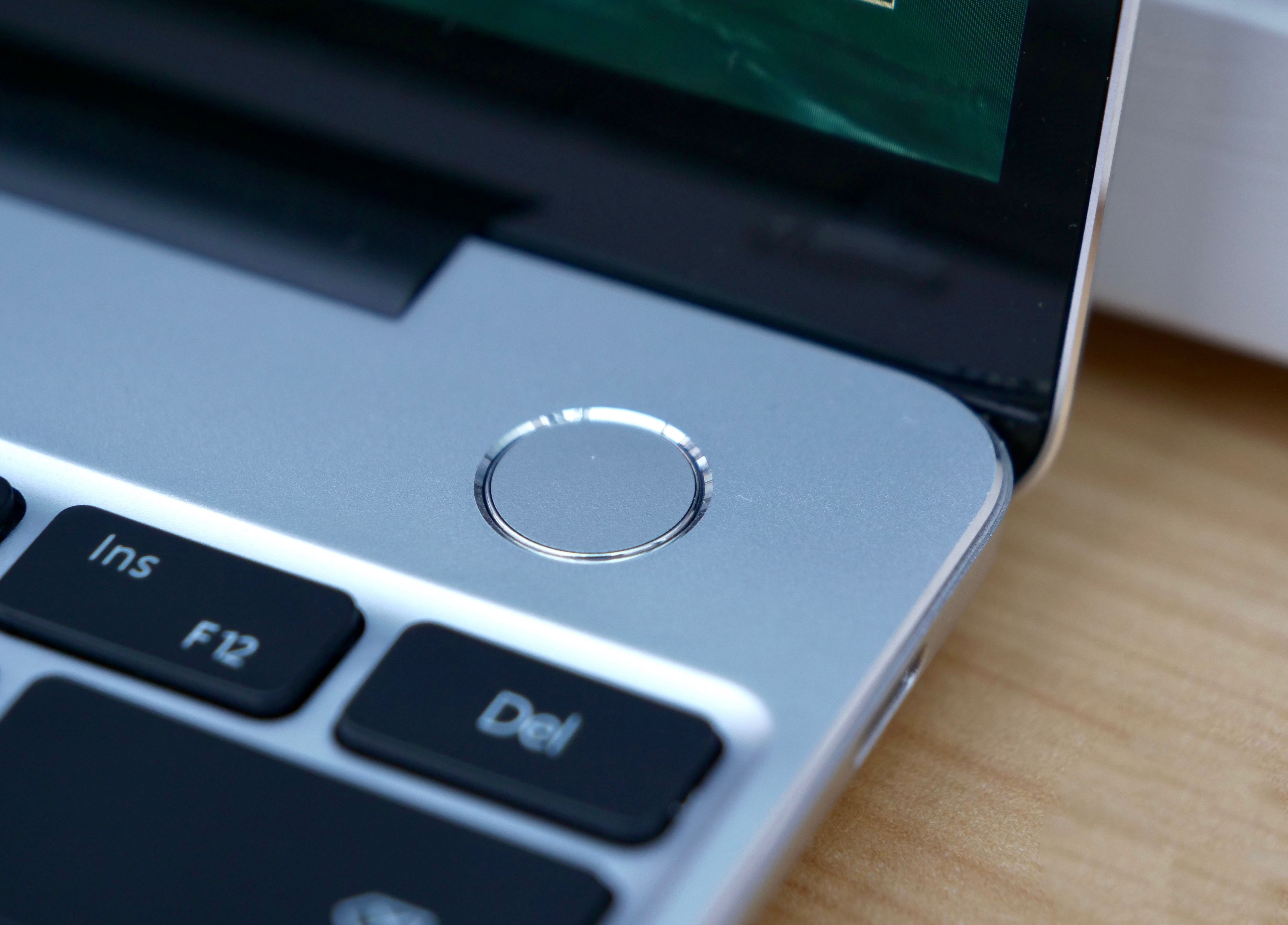 To say that HUAWEI MateBook is the biggest highlight of the C face, it must not be the upper right corner of this fingerprint power supply two-in-one button No.

At present, there are more and more mainstream price of the lightweight version equipped with fingerprint identification module, boot into the login interface, click on the fingerprint, you can complete the unlock into the system.

The fingerprint recognition scheme used by Huawei notebook computers such as HUAWEI MateBook 13 is further, in the shutdown or standby state, only need to press the Power key, fingerprint information will be stored in the cache, at the point of the landing interface, the computer will automatically fill in the fingerprint information and into the system, Do not need users two times operation, convenient at the same time also speed up the computer's boot speed.

Our evaluation machine is equipped with I7-8565U (another version is I5-8265U), internal code whiskey Lake-u (currently common I5-8250U, I7-8550U Kaby lake-r), the base frequency is ordinary 1.8GHz, However, turbo can achieve a bit of exaggerated 4.6GHz, in the daily use of many of the single-core performance requirements of the operation can provide better performance. 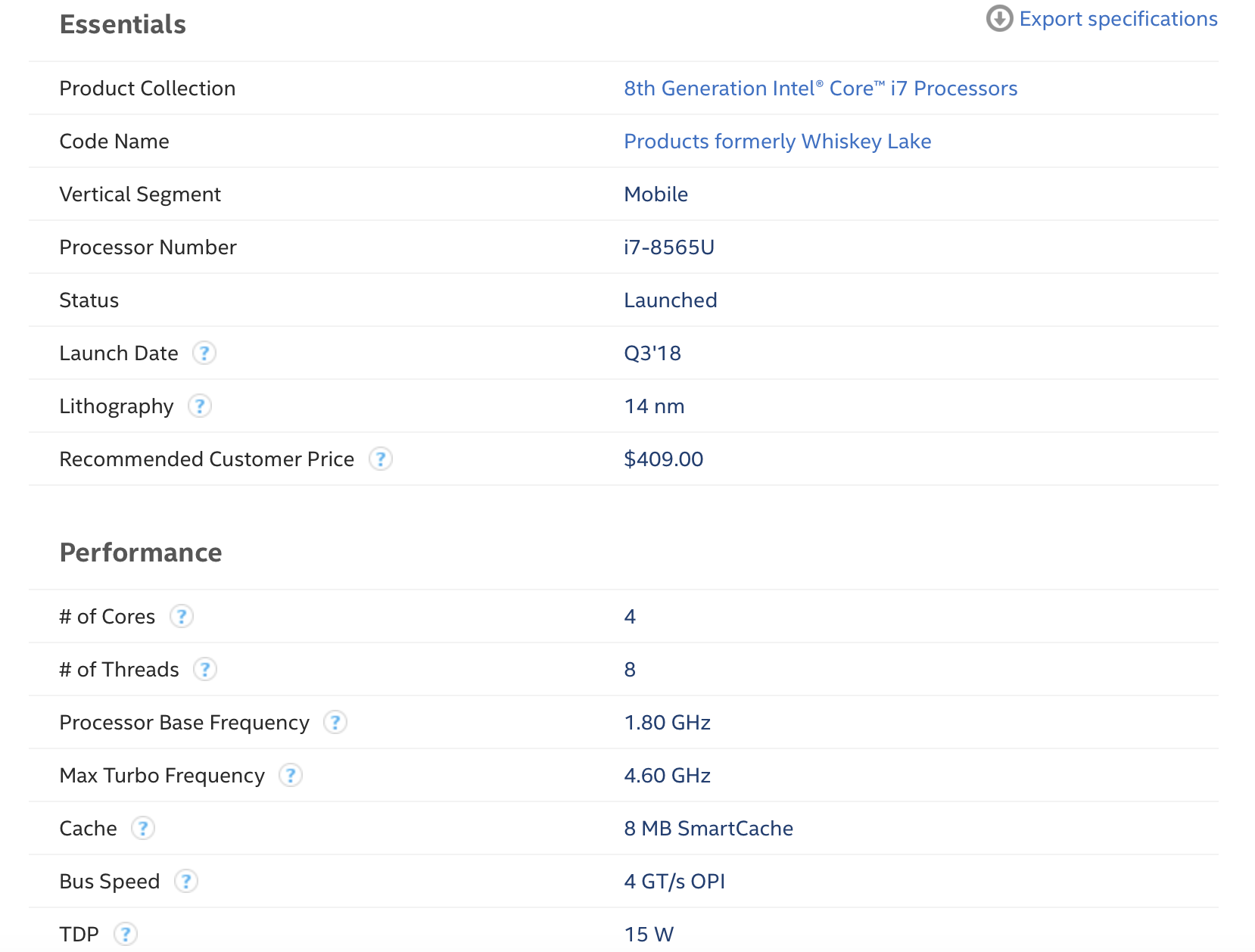 In addition to the Cpu,huaweiMateBook 13 GPU also has a small bright spot.

The unique version of HUAWEI MateBook 13 uses the high performance NVIDIA MX150 graphics card, but this MX150 is not a common 10W version of the lightweight book, but a TDP 25W "full blood version", performance is about 20% higher.

Considering that the "residual blood version of the"mx150 itself is not a high performance base, this more than 20% performance in some games can be more obvious, in the DOTA2, Heroes League and other popular games, "full blood version" of the MX150 can be more stable in 1080p in the picture quality to maintain 60 frames.

HUAWEI MateBook 13 of the battery capacity is a (typical), Huawei officially said that in the screen brightness of 150 ni, the page browse 7.2 hours (Set version 7.3 hours).

Personally, I will be used to the screen brightness to 200 ni around, battery usage mode to choose "Better performance", the use of scenes mainly include typing, online video, web browsing, online video, occasional LR repair, HUAWEI MateBook 13 of the life can persist for 6-7 hours.

In addition, because this charging head is used in the industry's common PD protocol, and the voltage file coverage is very full (20V, 15V, 12V, 9V, 5V are available), so can be directly to other PD protocol mobile phones, game consoles, mobile power supply for fast charging, out of the door can be less back a charging head.

Similar to other Huawei laptops, HUAWEI MateBook's computer Butler app was preloaded when he appeared in 13.

Unlike some brands that bring their own "junk software" Butler class "app, Huawei's computer tube home has a lot of functions are quite practical, such as can be one-click Hot Spot (one click on Huawei Mobile Phone for the computer to start hot spots), Smart photo album management (mobile phone near the laptop automatically connected and synchronized to the notebook) and traditional hardware detection, drive upgrade and other functions. 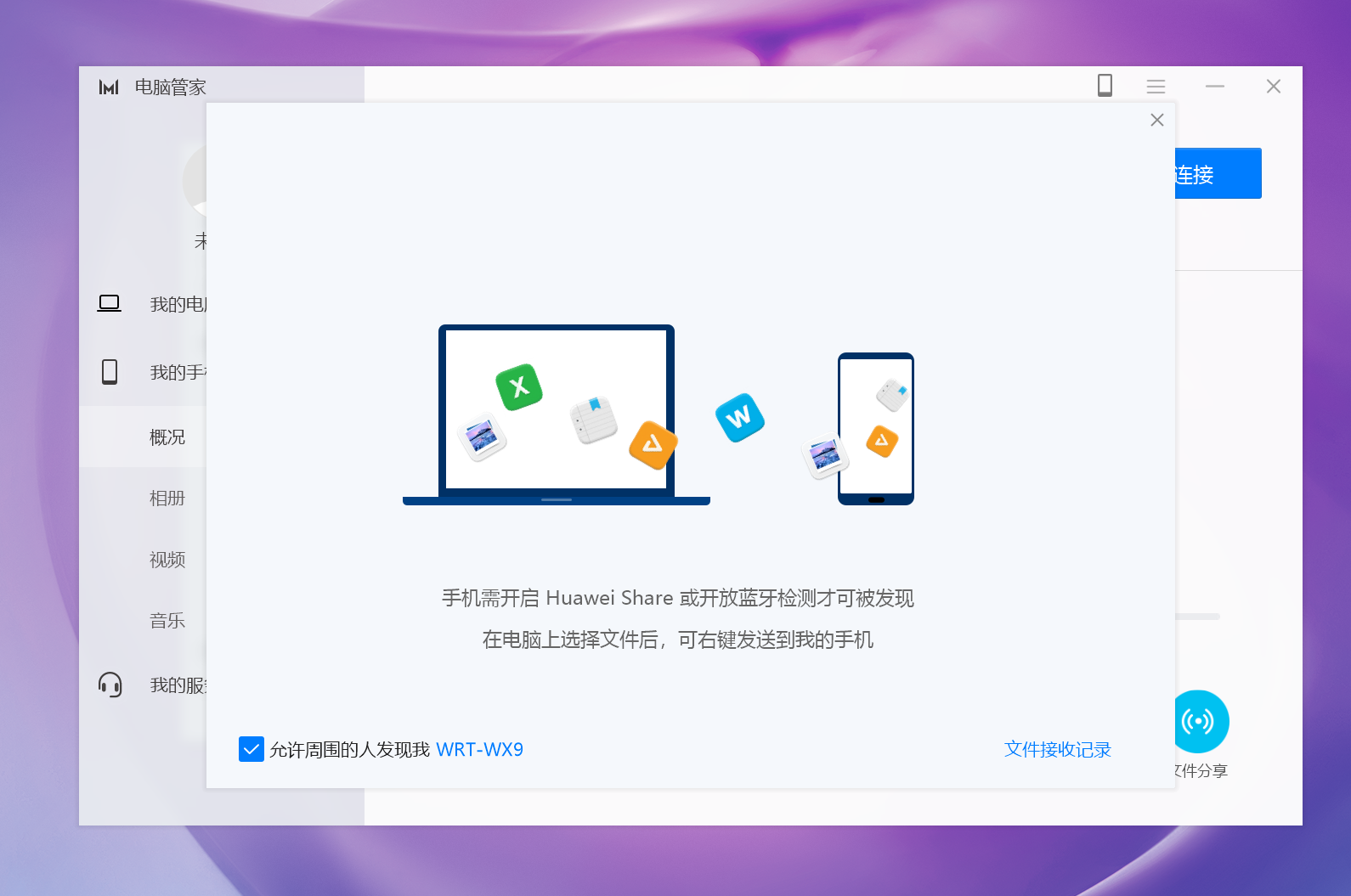 The picture and video transmission between mobile phones and Windows notebooks is an old problem, and most users, including myself, use chat software such as WeChat and QQ using the built-in file Transfer tool, which can be said to be quite "primitive".

However, if you are using a Huawei phone and your phone supports NFC and the system is updated to EMUI 9.0 and above (such as the Mate 20 series), you can select the images and videos you want to send directly in your phone's system album, and then touch the Huawe of the HUAWEI MateBook 13 palmrest I Share logo, you can quickly transfer photos and videos to the computer, very convenient. 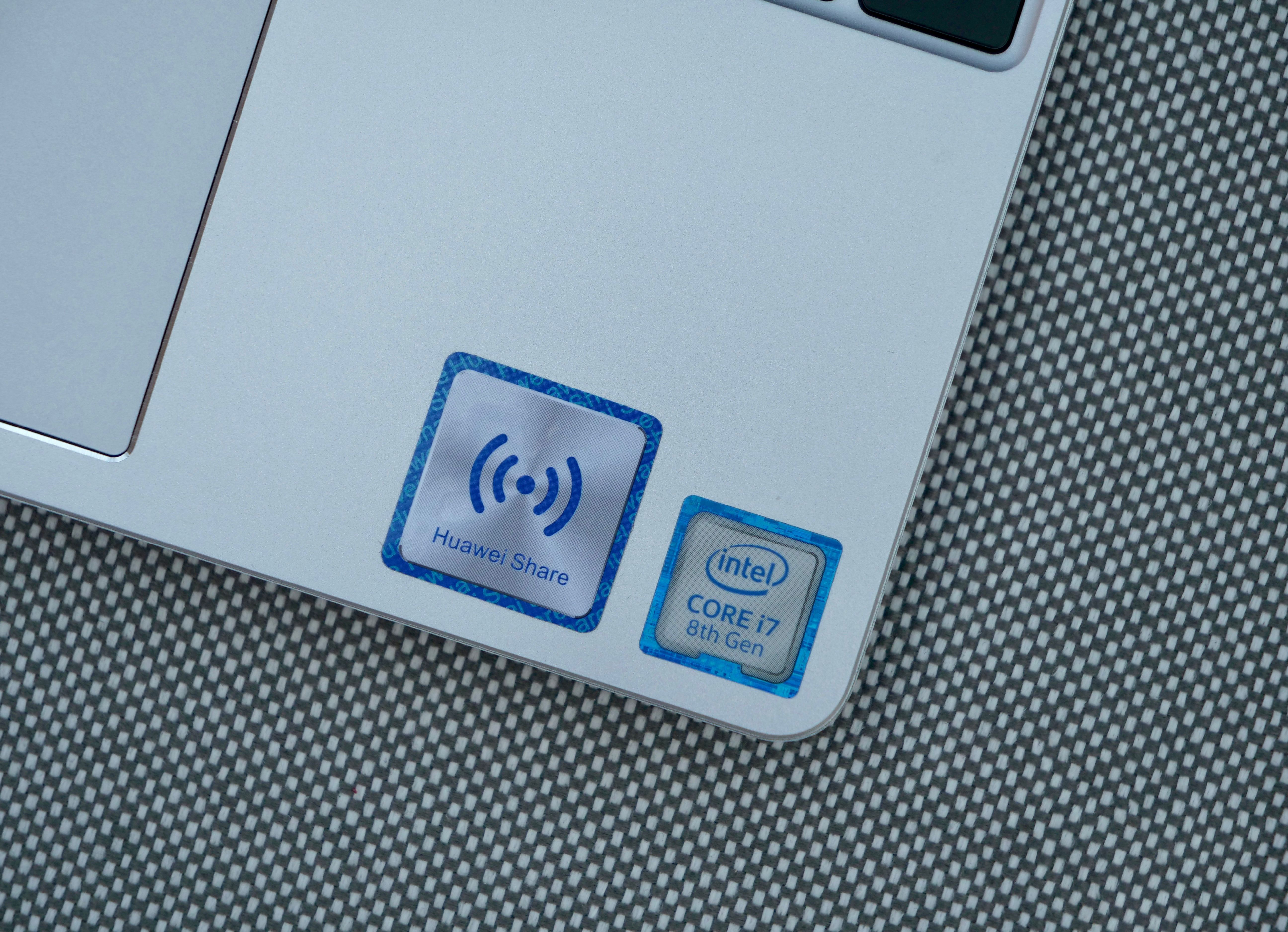 Because HUAWEI share is based on NFC and Wi-Fi, the transfer is much faster than direct Bluetooth transmission.

We recorded a 10-minute 4K resolution video with Mate Pro, with a file size of 1.63GB, and then used HUAWEI share to reach HUAWEI MateBook 13, which took a total time of 1 minutes and 15 seconds.

In addition, you can click directly into the system's fingerprint power supply two-in-one button, eye care mode, and Huawei mobile phone through the HUAWEI share 3.0 a touch function, such as "as a mobile phone to do computer" to achieve the function of HUAWEI MateBook 13 in the homogenization of serious, The field of lightweight notebook computers, where innovation is relatively scarce, has created enough differences. 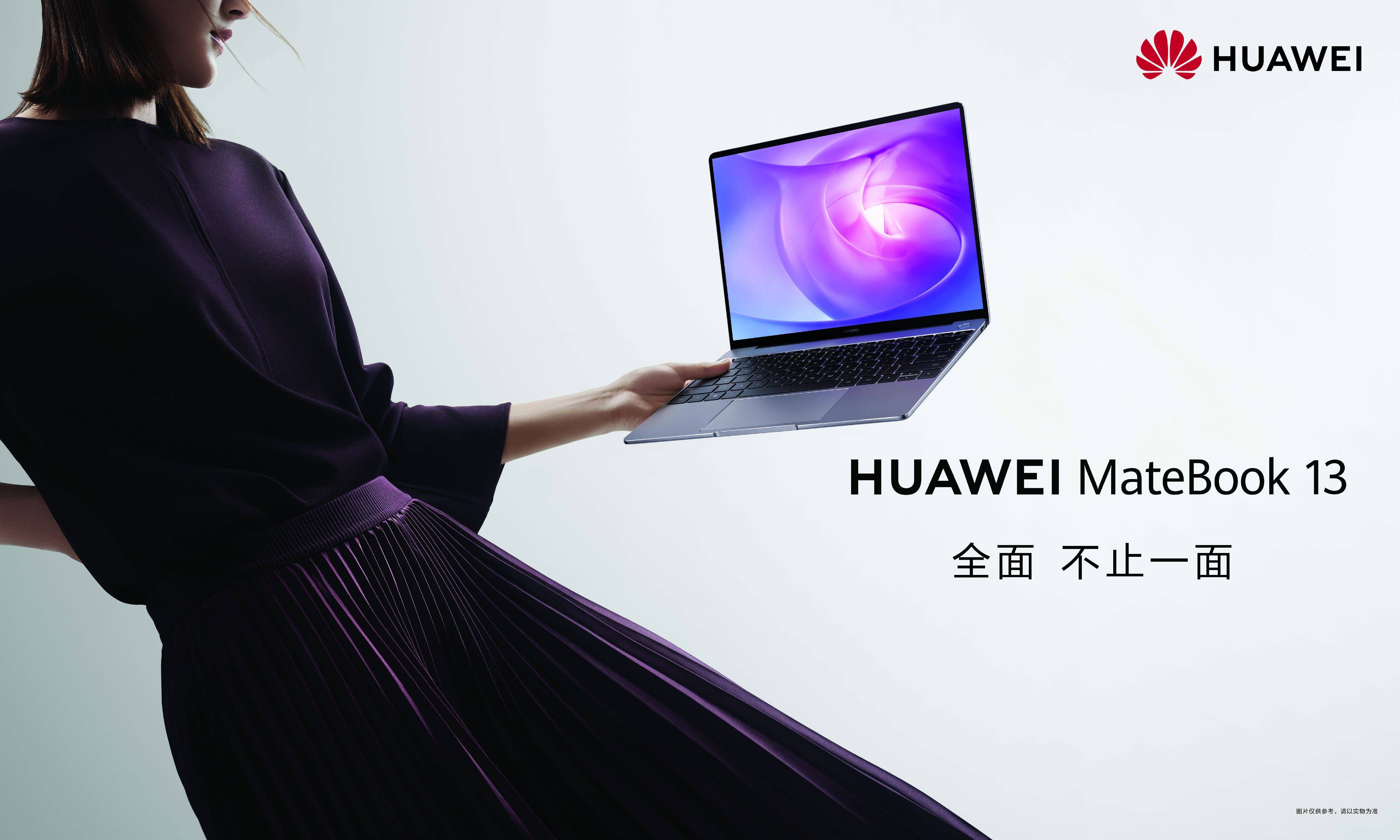 Finally, Huawei will open the pre-sale of HUAWEI MateBook 13 on December 17, the price will also be announced at that time, we will also be updated in this article in the first place after the price announcement.