In 2018, Honor has made many breakthroughs in technology and its models are also equipped with a variety of cutting-edge configurations. The Honor v20 is equipped with GPU Turbo, THE NINE liquid cooling. The design has a butterfly five-track sliding screen and charm eye full-screen mode. The communication navigation has Link Turbo, elevator or high-speed rail mode, and dual-antenna navigation. The camera has a super wide-angle lens, AIS super night scene, and 48 million pixels AI ultra-clear photography. The phone's software has YOYO smart life and Magic UI operating system. Honor gave a comprehensive technology upgrade to its products in 2018. The Honor V20 just released recently which brings together the vast majority of scary technology, and it will be a very good mobile phone without any surprise. So let's take a test and see if the Honor V20 can deliver talent. 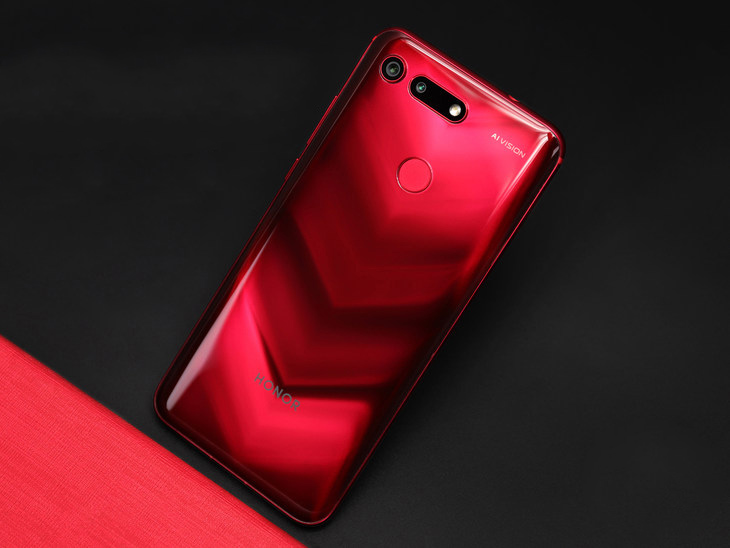 Design: A Combination of Art and Technology

The Honor V20 is equipped with a 6.4-inch LCD full-screen full-view screen with a resolution of 2310 x 1080. The screen size is much larger than the 5.84-inch Honor of 10, suitable for users who like large screens. Of course, the biggest feature of this screen is the screen camera. 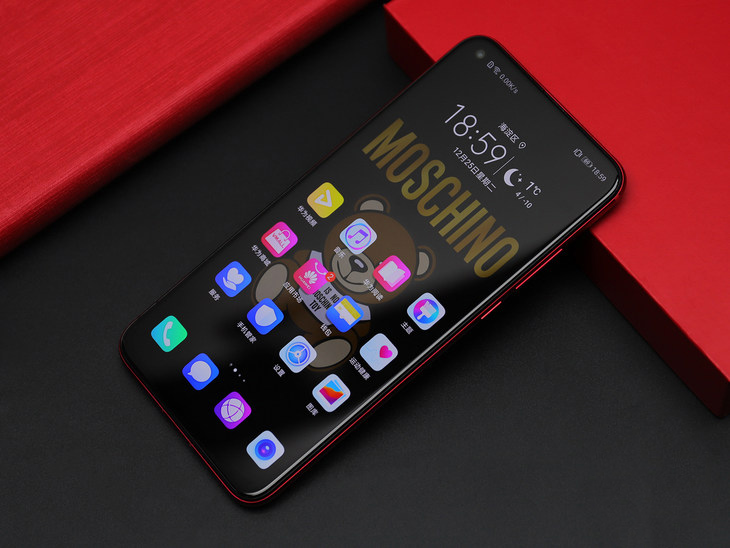 The front camera of the Honor V20 is located on the left side of the signal icon in the upper left corner of the screen in the form of a dot. Instead of using a through-hole solution that directly penetrates the LCD, the V20 uses a "blind hole" scheme that punches under the LCD. Blind hole technology is more difficult but the effect is better. The small aperture of 4.5mm minimizes the impact on the screen display and finally achieves a state of closer to the full screen than Liu Haiping. 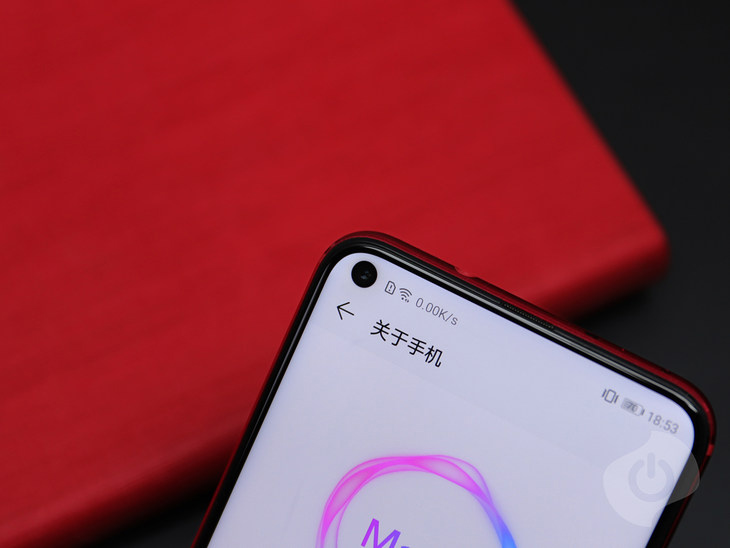 After getting the machine, the opening of the front camera did not have the illusion of abruptness. If you don’t look at it you won’t notice it. It’s much better than the abrupt bangs. Due to the good light transmission of the screen, the front camera can still provide a self-timer experience that is no different from ordinary mobile phones. 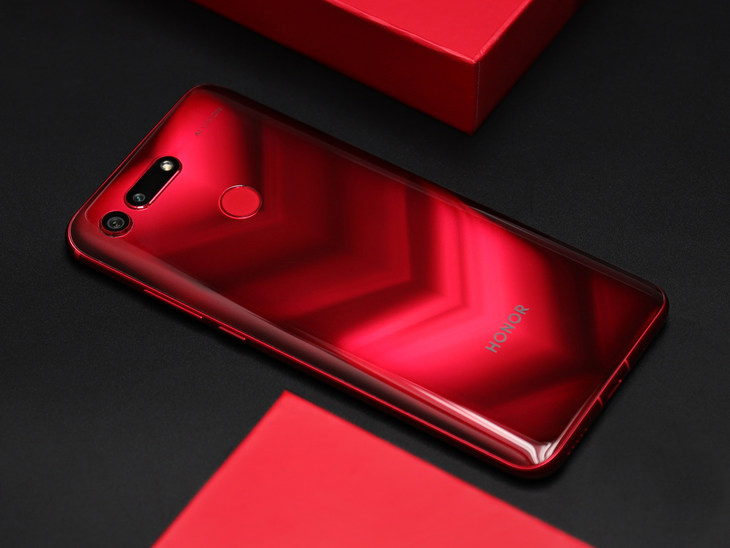 If the glamorous full-screen is the Honor of the V20's pursuit of technology, then the joint name with MOSCHINO shows the art and fashion of the V20. MOSCHINO is an Italian fashion brand which is famous for its elegance, fashion, and playfulness founded in 1983. It fits the Honor V20 is both fashionable and young but not overly flamboyant. 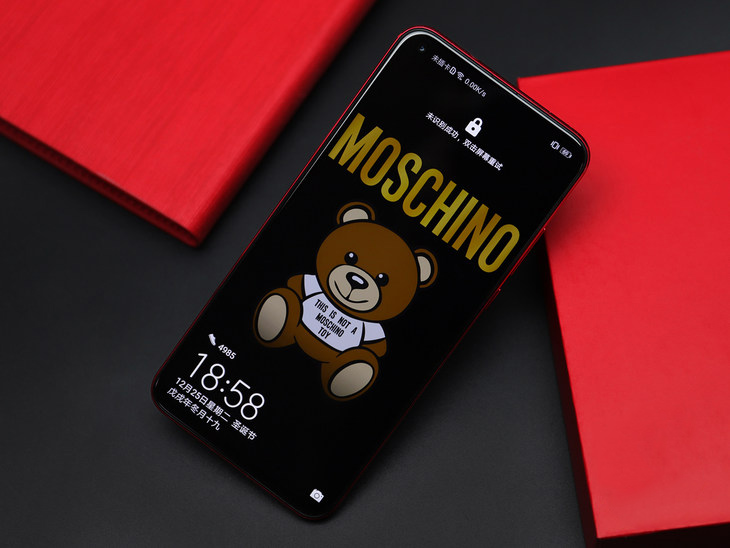 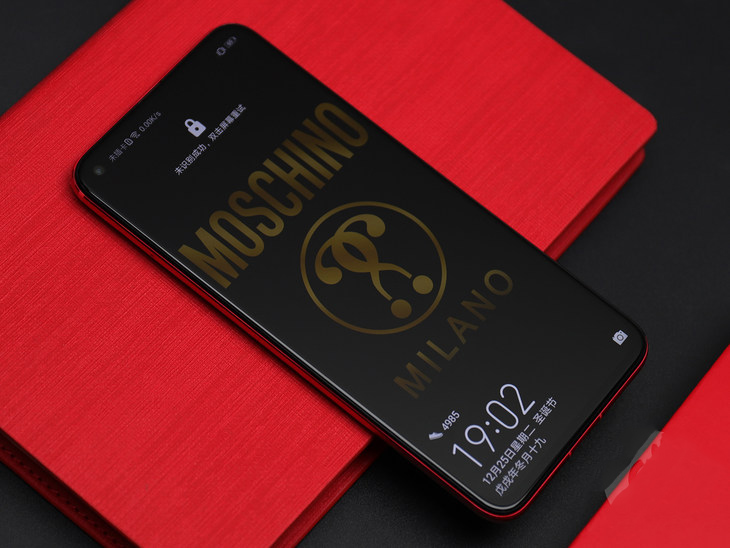 The back of the phone uses a unique “V” shape gradient giving a relaxed and mysterious feeling against the deep red. Even in 2018, when the back design is full of flowers, the V20 is still unforgettable. 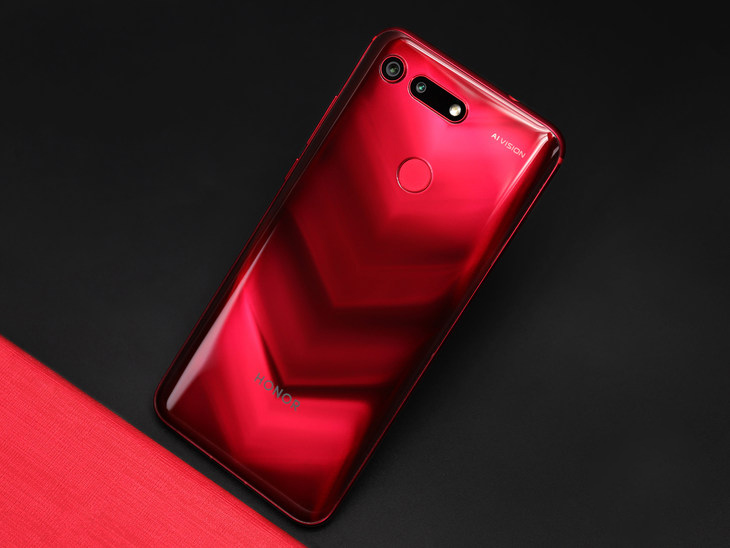 In the back part, there is the new Honor logo and the horizontally separated dual camera. This is also the Honor of this year, the use of a vertical camera, and vertical text design of the phone. 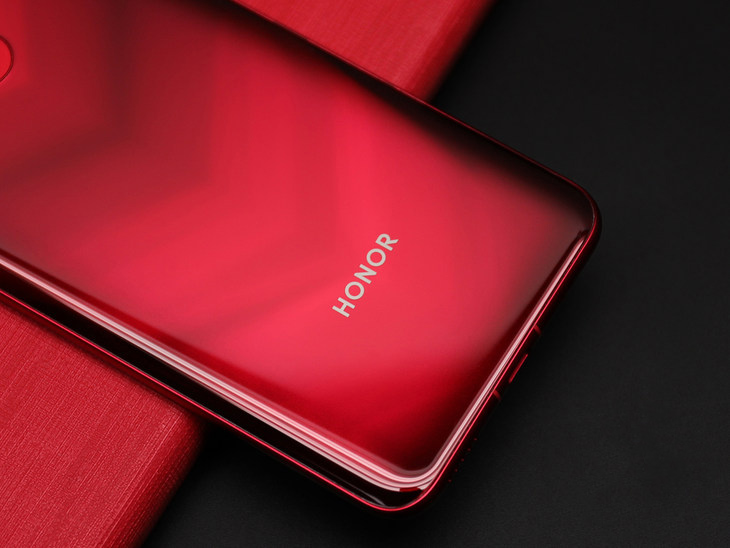 The metal frame of the V20 is also red in harmony with the red back. The phone uses a single speaker and retains a 3.5 mm headphone jack in the top middle frame. 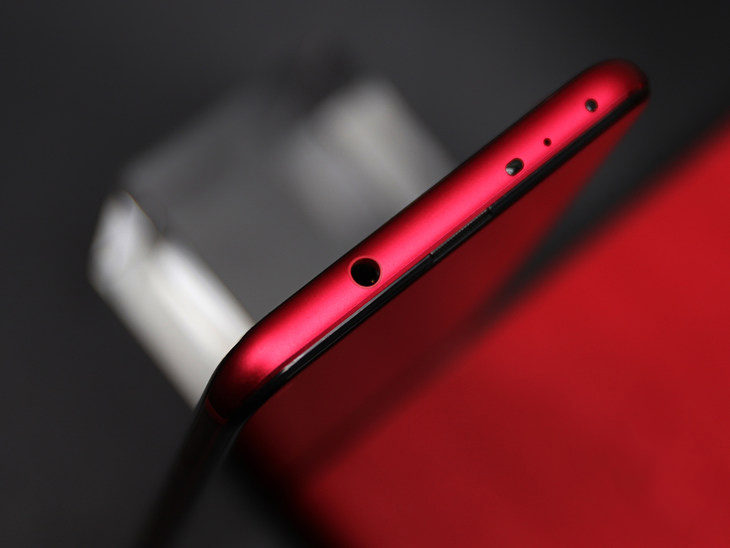 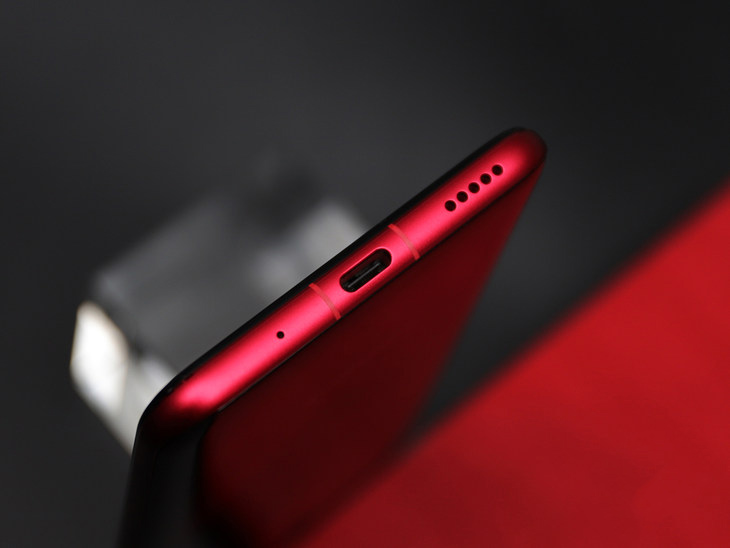 The Honor V20 continues the flagship strategy of the V series. It is equipped with the latest and strongest Kirin 980 chipset, paired by 6GB/8GB memory. It has 128GB/256GB internal storage with Turbo GPU and Android UI 9.0 based Magic UI 2.0.1 operating system. An unexpected, fast, stable, and smooth experience even in the highest quality of the big game like "Jesus Survival: Stimulating the Battlefield" and "King of the Honor", the Honor V20 is extremely stable. 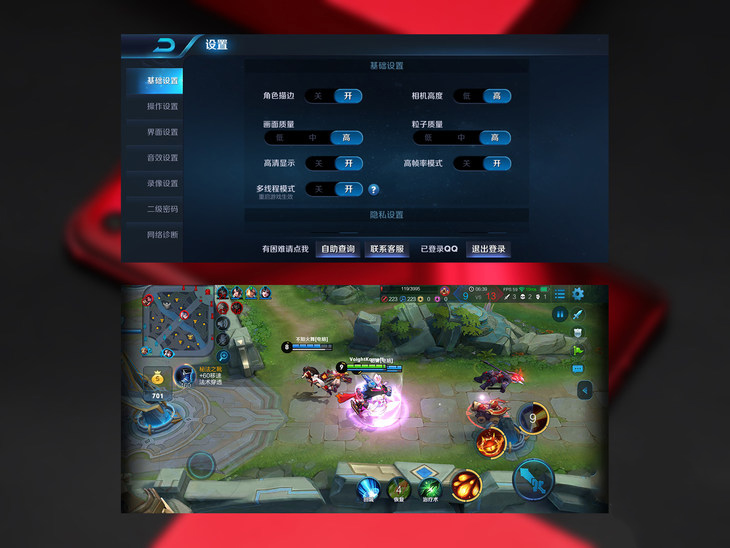 In the highest quality, one hour of the continuous game, the V20 is not only perfect in running fluency and touch fluency but also maintains good body temperature, it seems THE NINE liquid cooling is really useful. 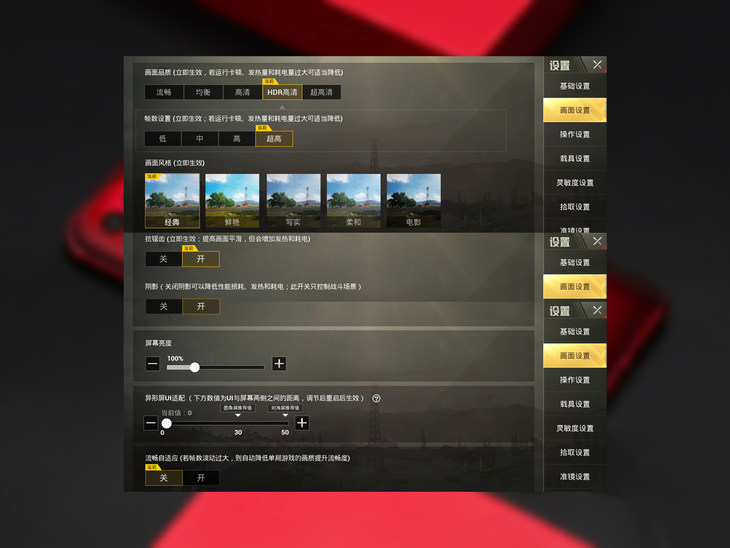 The heat-dissipating heat pipe adopts a double S shape and is exposed to high-heating modules such as charging, SOC and camera. In addition to the game, it can also provide enhanced temperature control in other scenarios.

The Honor products have considerable battery capacity and power-saving optimization of the operating system which gives the best endurance. The Honor V20's is built with 4000mAh large battery and the highest 22.5W fast charge are very powerful. For verification, we conducted a 3-hour endurance test and a charging test.

Before the endurance test, we fixed the screen brightness of the mobile phone at 50%, the volume of the inserted headphones was adjusted to 50%, the "smart resolution" was turned off, the Wi-Fi connection was not used, the positioning service was turned on and the setting was the most accurate, and the background program was cleared. Finally, open "Performance Mode" in the application assistant. 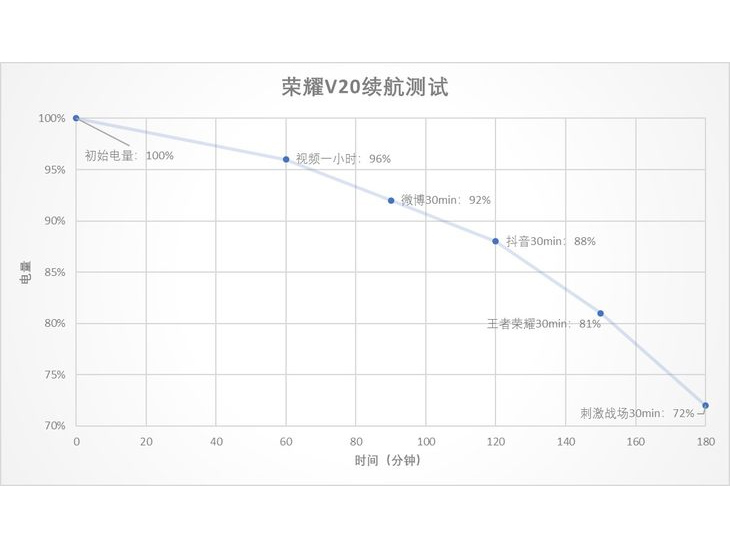 In terms of charging, the Honor V20 took 87 minutes from no charge to full charge. The speed and curve are the mainstream levels of the flagship fast charge. 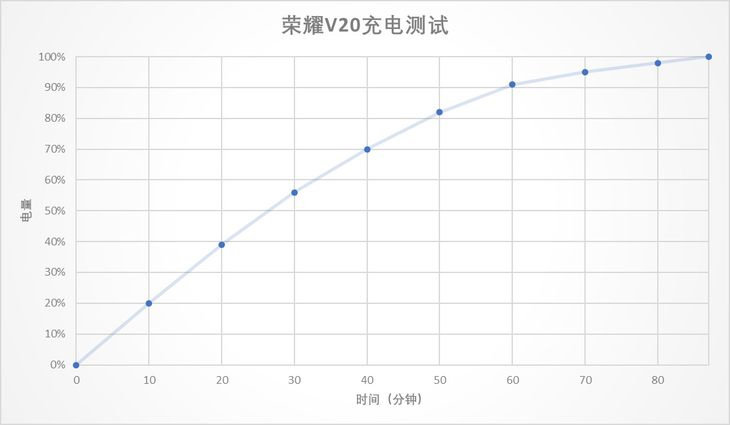 In order to more intuitively show the camera performance of the Honor V20, enter the sample section below. 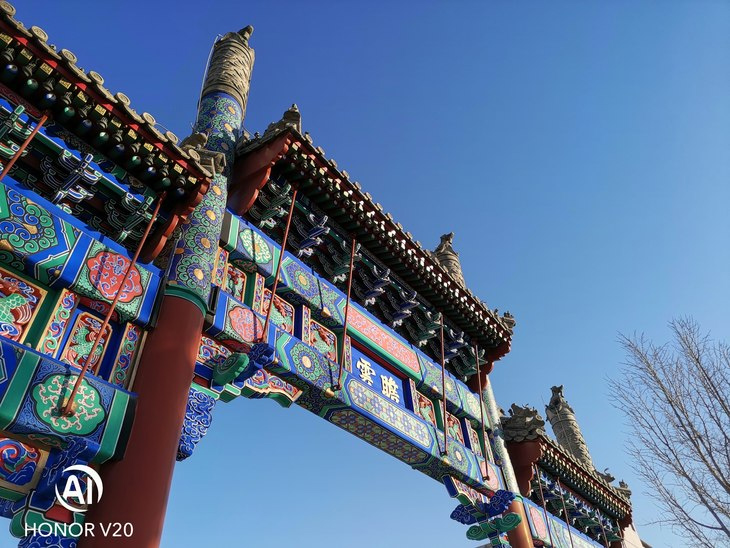 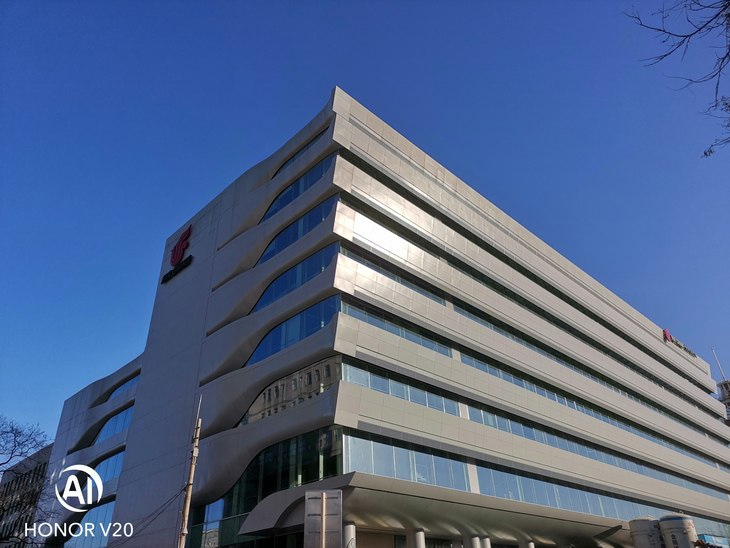 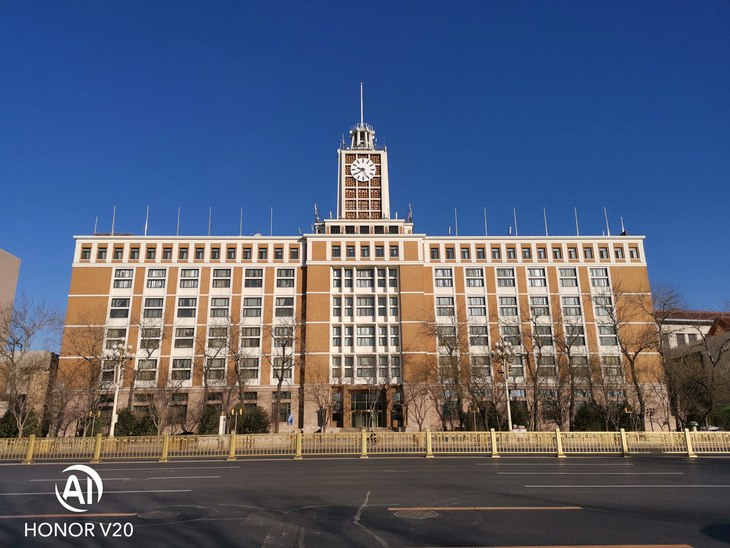 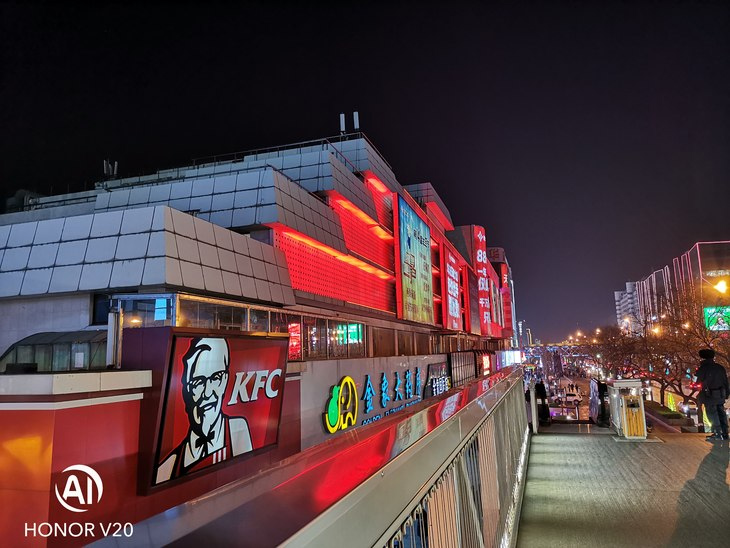 Although the automatic mode is very powerful, in a specific scene, the AIS handheld super night scene mode still has a better effect. 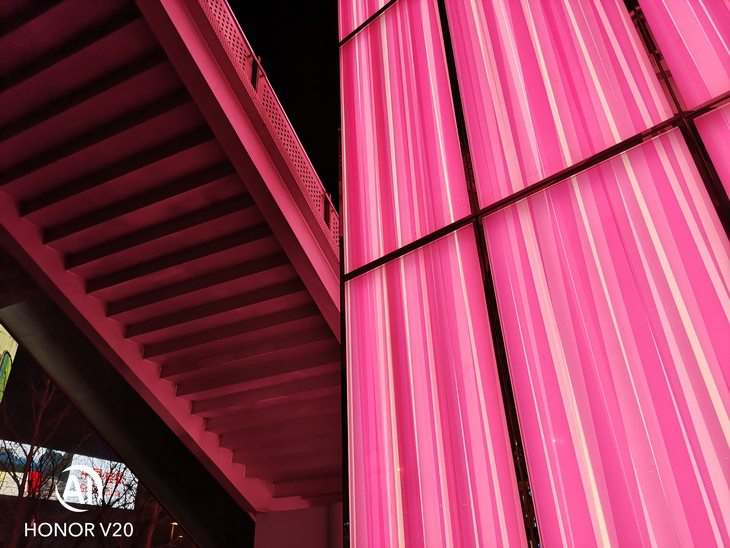 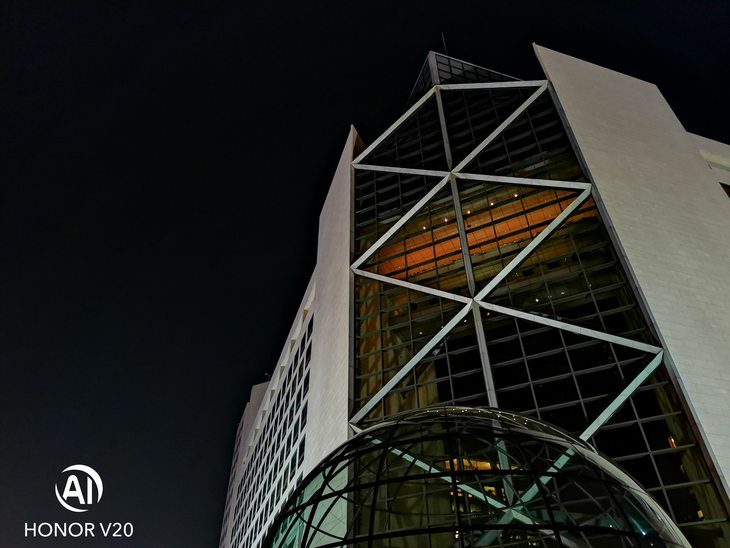 Unlike other brands' night scene modes, the V20 can adjust the shutter speed and ISO in Super Night Scene mode, and adjust these two options to get a more customized photo. This is a hand-held super night scene shot under ISO 100. The overall photo quality and atmosphere are very comfortable. 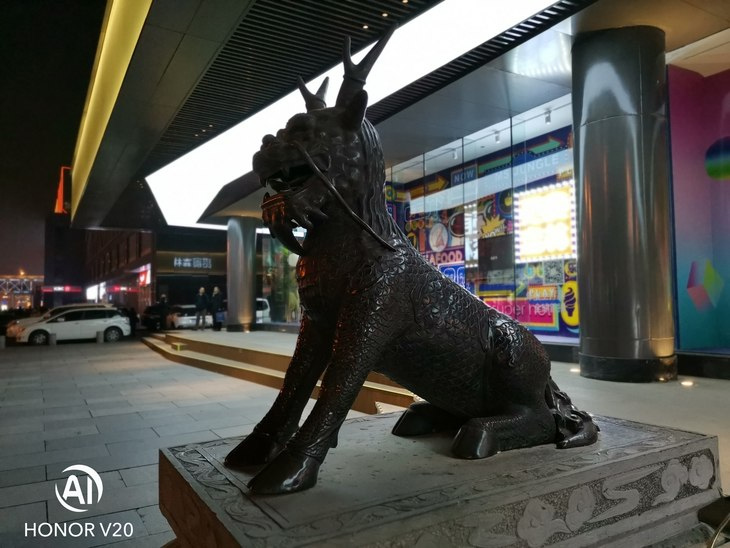 Finally, the background blur sample, the map, and the blur are very good, this is what this level of mobile phone should do.

Although the default is to output 12-megapixel photos when shooting, the V20's 4800W physical pixel master can be set directly to shoot 48 million pixels with a resolution of 8000 x 6000. Since we are not getting a commercial version, and there is no 48 million AI ultra-clear optimization function, we have not found the difference between 12 million and 48 million pixels (except for resolution and space). After the commercial version receives the AI ​​Super Photography Update, you can give it a try.

The Honor V20 is equipped with Magic UI 2.0.1 based on Android 9.0. It is combined with high-standard hardware such as Kirin 980 to provide a variety of "scare" technologies. Including YOYO, a smart life body that makes life more convenient, WLAN three-antenna to avoid horizontal signal blocking, AI dual-frequency GPS navigation with better positioning accuracy and speed, smart screen for wireless and wired, and game streaming Cloud computers, NFC and Link Turbo supporting the citizen's network electronic identity (subsequent support after HOTA).

Link Turbo allows mobile phones to use both Wi-Fi and mobile networks. The two complement each other to create a "no dead corner" smooth network, and can also be superimposed on the network speed, making it easy to handle big data traffic. And after the popularity of 5G in the future, Link Turbo is still available.

The qualified flagship mobile phone should have top performance, exquisite design, solid materials, and convenient experience. The Honor V20 meets these four points. In addition to these four points, the V20 also brings one of the strongest battery life, unique joint design and a lot of scary technology like Link Turbo, YOYO, etc. Moreover, The Honor V20 is an excellent flagship of annual closing.