Black sharks in the midst of publicity which recently ignited.

In the second half of last year, the Black Shark also suffered a dark loss because of the 60Hz refresh rate screen, and this year it was exposed early, using a combination of 2K resolution and 90Hz on the high-end version of the Black Shark game mobile phone 3 Pro (now seems to be popular with 3K?). )。

The other day, the lifting mechanical button design was on fire again, and more than half a million hits have been made at Station B.

But these auras are all Pro versions, and under Pro, there is a standard version of the Black Shark game mobile phone 3 (hereinafter referred to as Black Shark 3), after the loss of these extreme design aura, the ordinary Black Shark 3 is what kind of mobile phone?

As can be seen in the Black Shark's recent warm-up tweets, their Slogan has now become "more than a game", which is still a very extreme gaming experience for the Pro version, but for Black Shark 3, it seems to have a little balance between the game and the everyday meaning, and it seems to reflect that in terms of design. 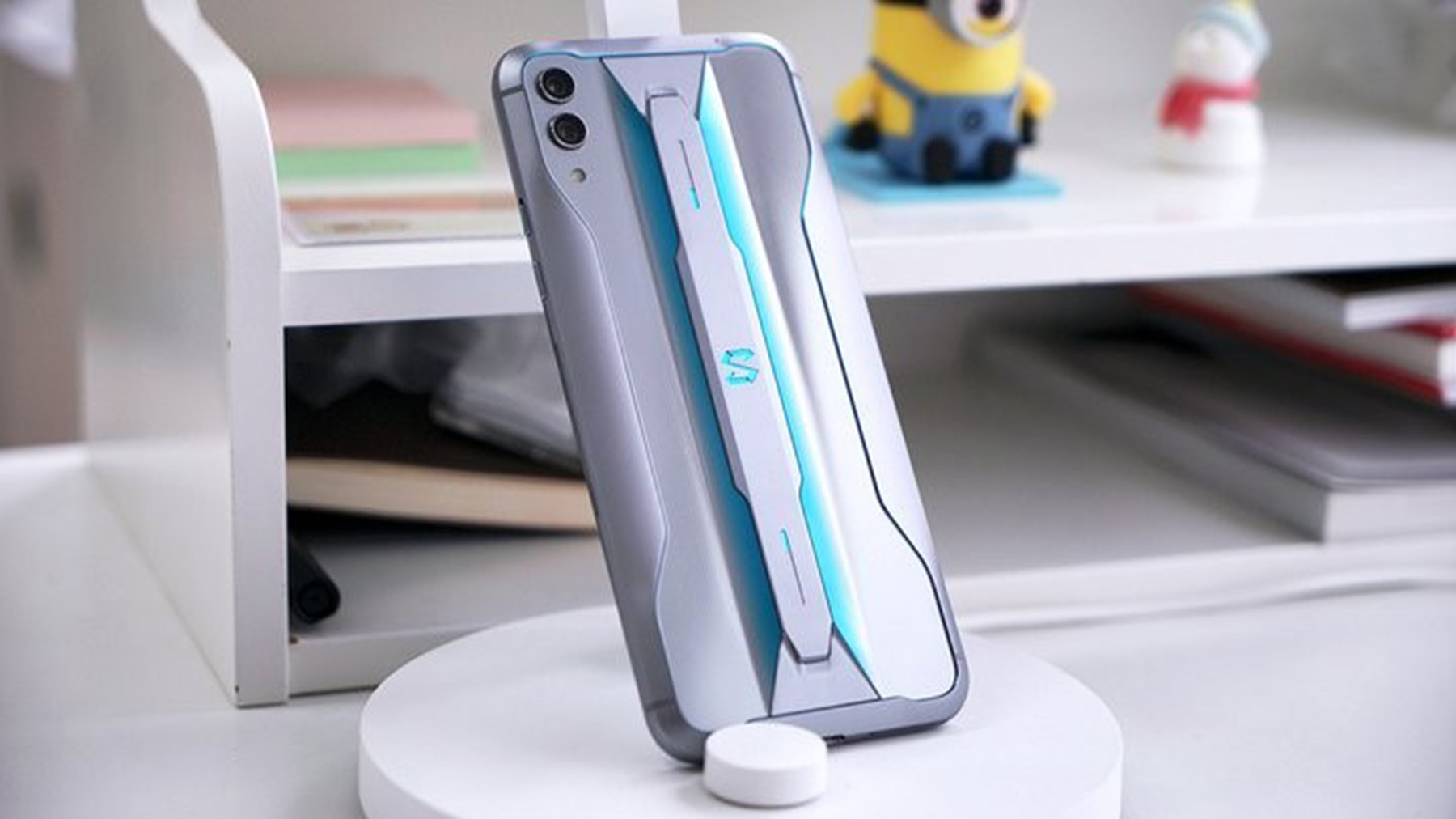 For the previous generation of black shark 2 Pro, the design has become a benevolent problem, I personally feel that the appearance is very personal, the hard lines are very futuristic, and the tower thermal structure brought about by the bulge of the part brings a strong sense of mechanics.

Such a design style can be said to be extreme, is out of the current mainstream mobile phone design language, even in a few game mobile phones are different. 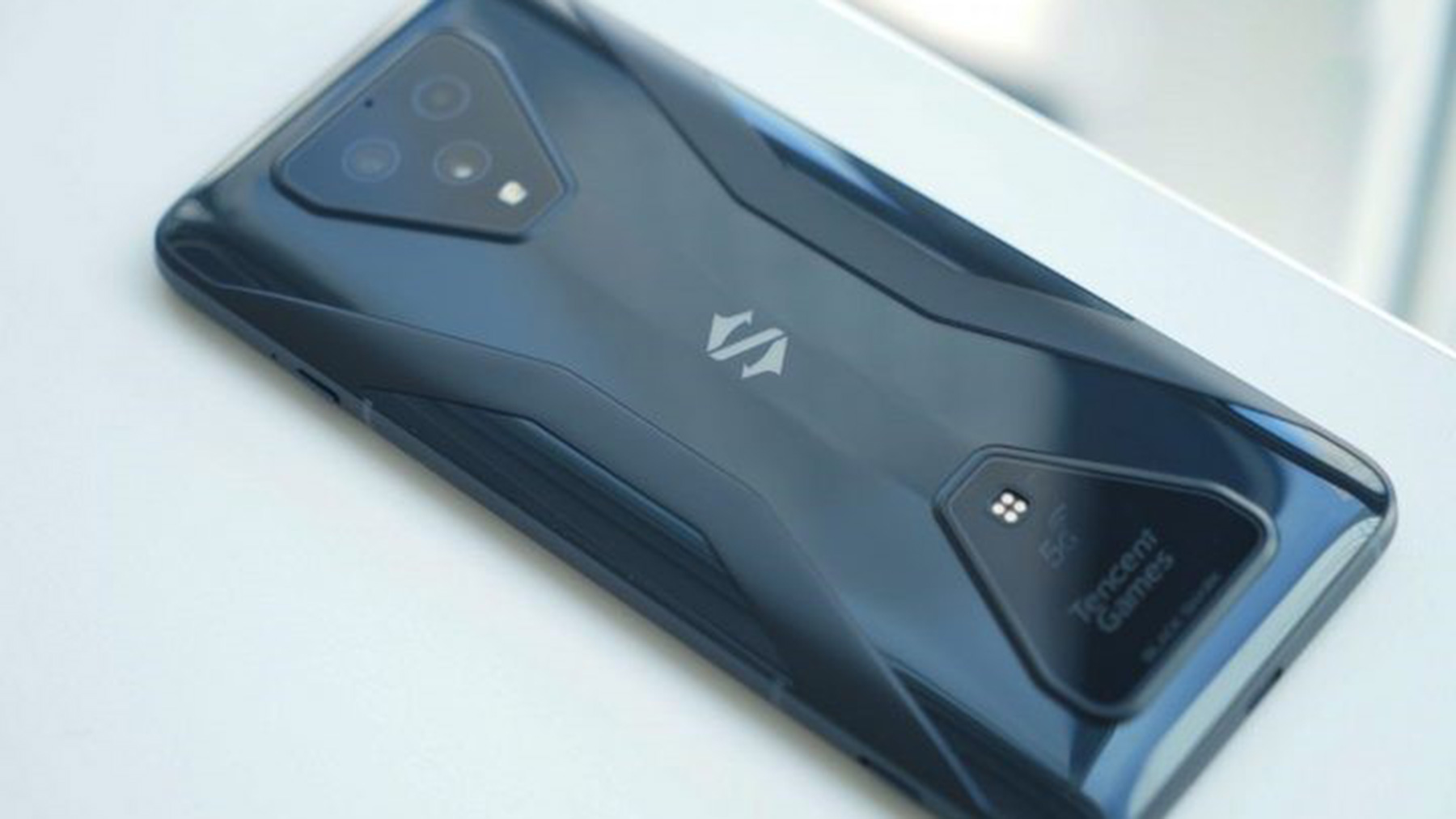 However, this "non-mainstream" is not acceptable to everyone. The judgment of beauty or ugliness is set aside first. More people think that this is not like a mobile phone used for daily use, even if it is actually no problem. On Black Shark 3, the designer changed his mind or made some compromises.

I said that the black shark has always been designed to balance the ratio of glass to metal. For example, there are more glass parts on The Black Shark 2, while black shark 2 has fewer parts above, and in fact, the more glass parts, the closer it is to the mainstream at a time when glass back panels are now popular. 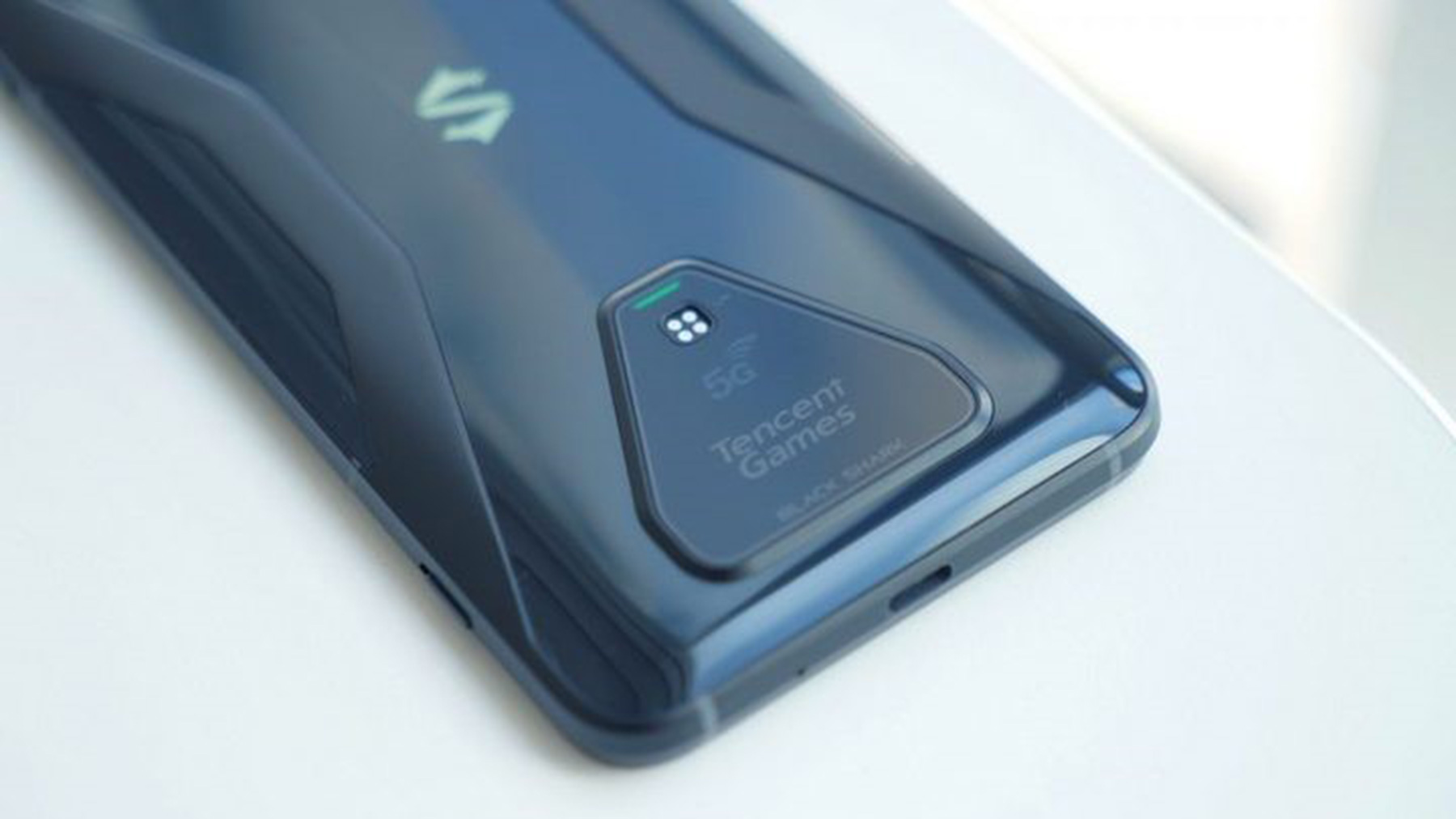 On Black Shark 3, glass materials occupy the main part of the rear cover design. And there's the obvious symmetrical design, with the three-camera matrix part and bottom symmetrical, with four metal contacts likely to be ready for some peripherals, and Tencent Games, which also highlights its partnership with Tencent, which means a 5G phone.

The "S" letter in the middle is still the signature design and still on, but the LED light strips on both sides of the box in the previous generation are gone. 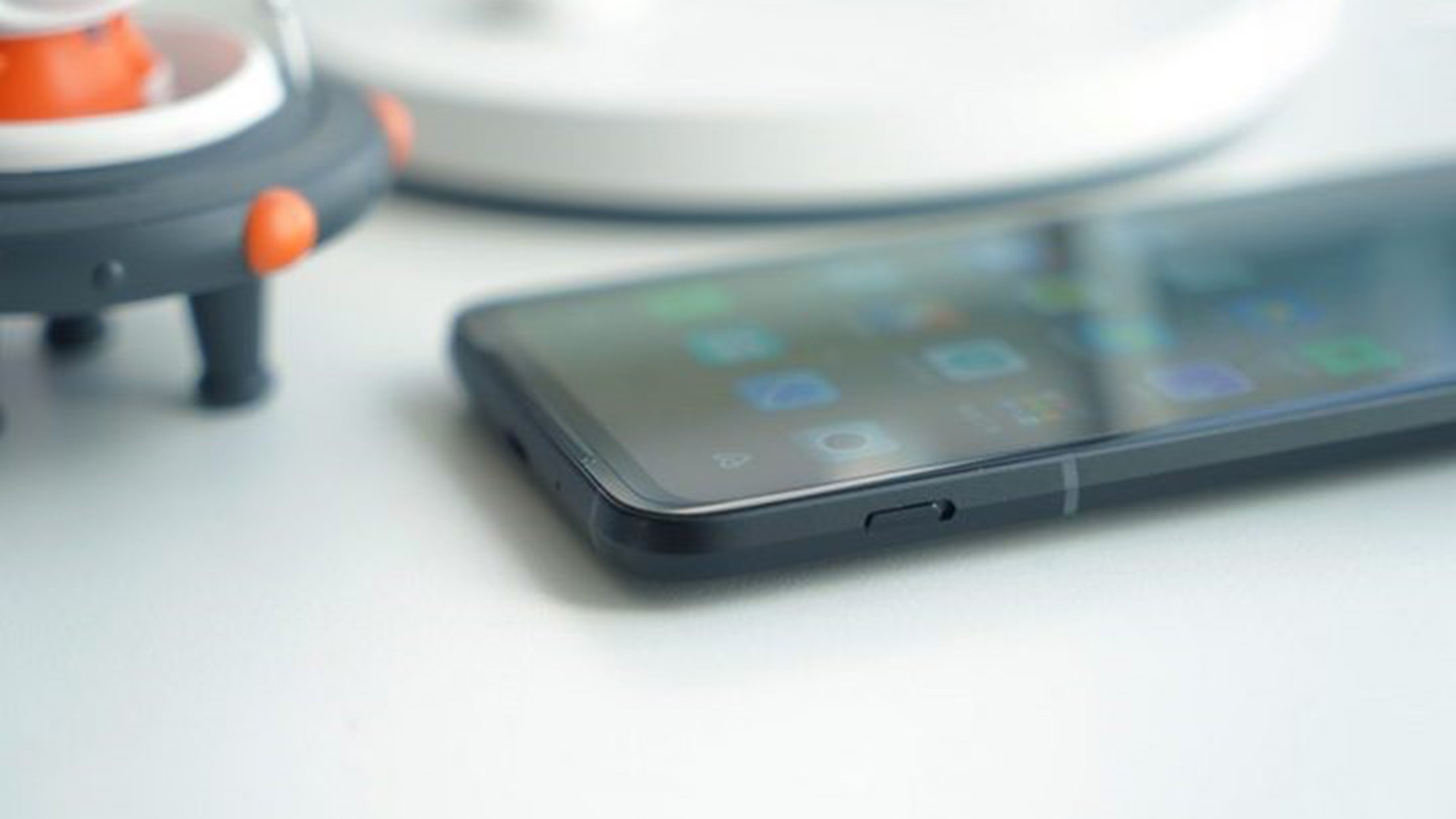 However, the mid-frame part still continues the cold and hard of the metal and uses an angular design that holds a naturally rounded feel. This may be our stereotype of hardcore gaming equipment, but it is also the easiest and most straightforward way to showcase the property of the game right now.

The standard screen is good, but the Pro version is better 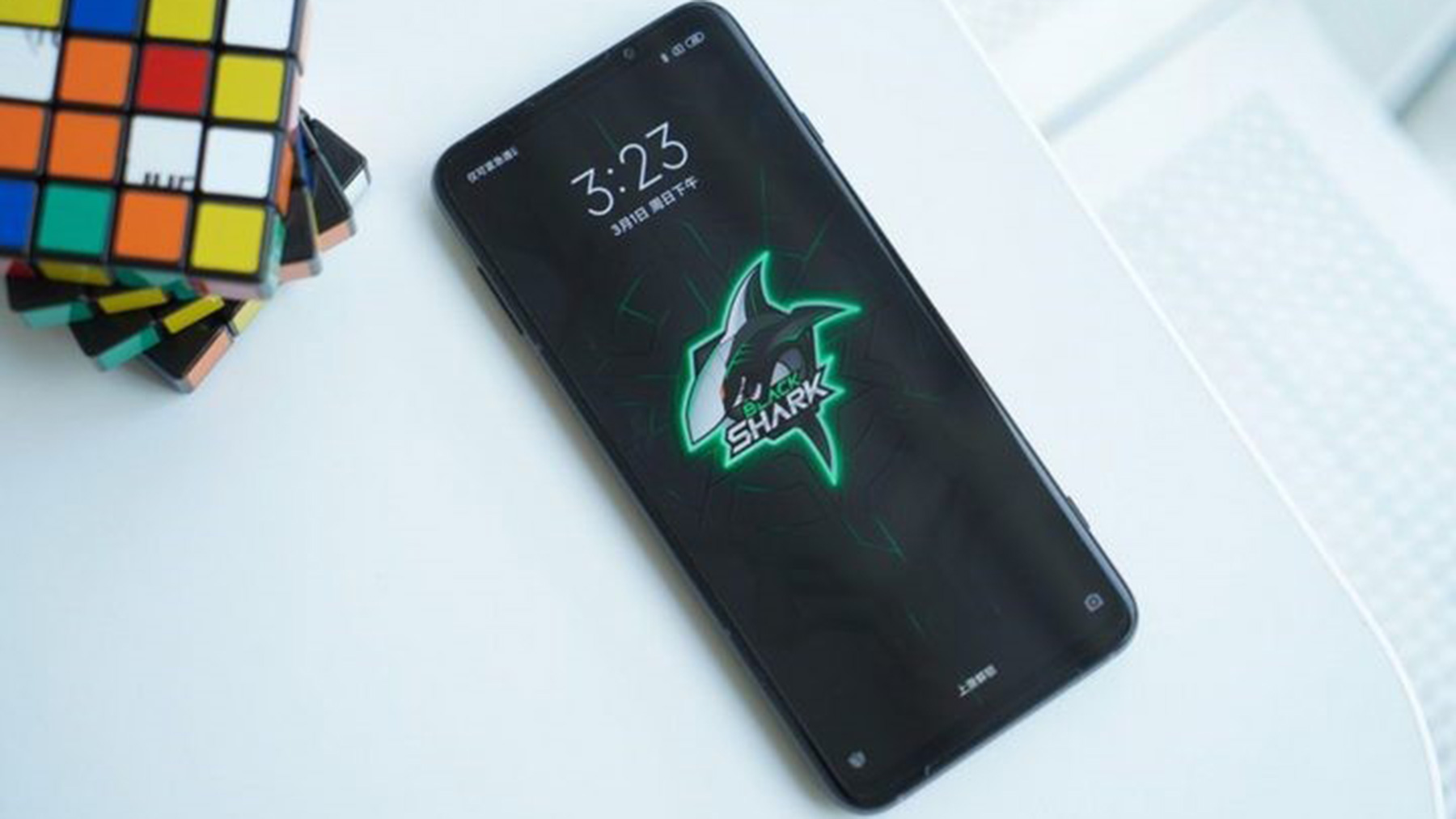 This year's Black Shark is clearly well prepared, both in the Standard and Pro, at 90Hz, but not more aggressive lying up to 120Hz. The standard version has a 6.67-inch screen with a resolution of 2400 x 1080, while the Pro version is more exaggerated, measuring 7.1 inches in size and increasing the resolution to 3120 x 1440.

With no Pro version on hand, I'd only talk about the standard version of Black Shark 3. In addition to the earliest broken-touch screen, The Black Shark phone's screen has been cut off, but it has since increased the touch sampling rate to 240Hz, making it one of the most high-touch-sampling phones on the market. 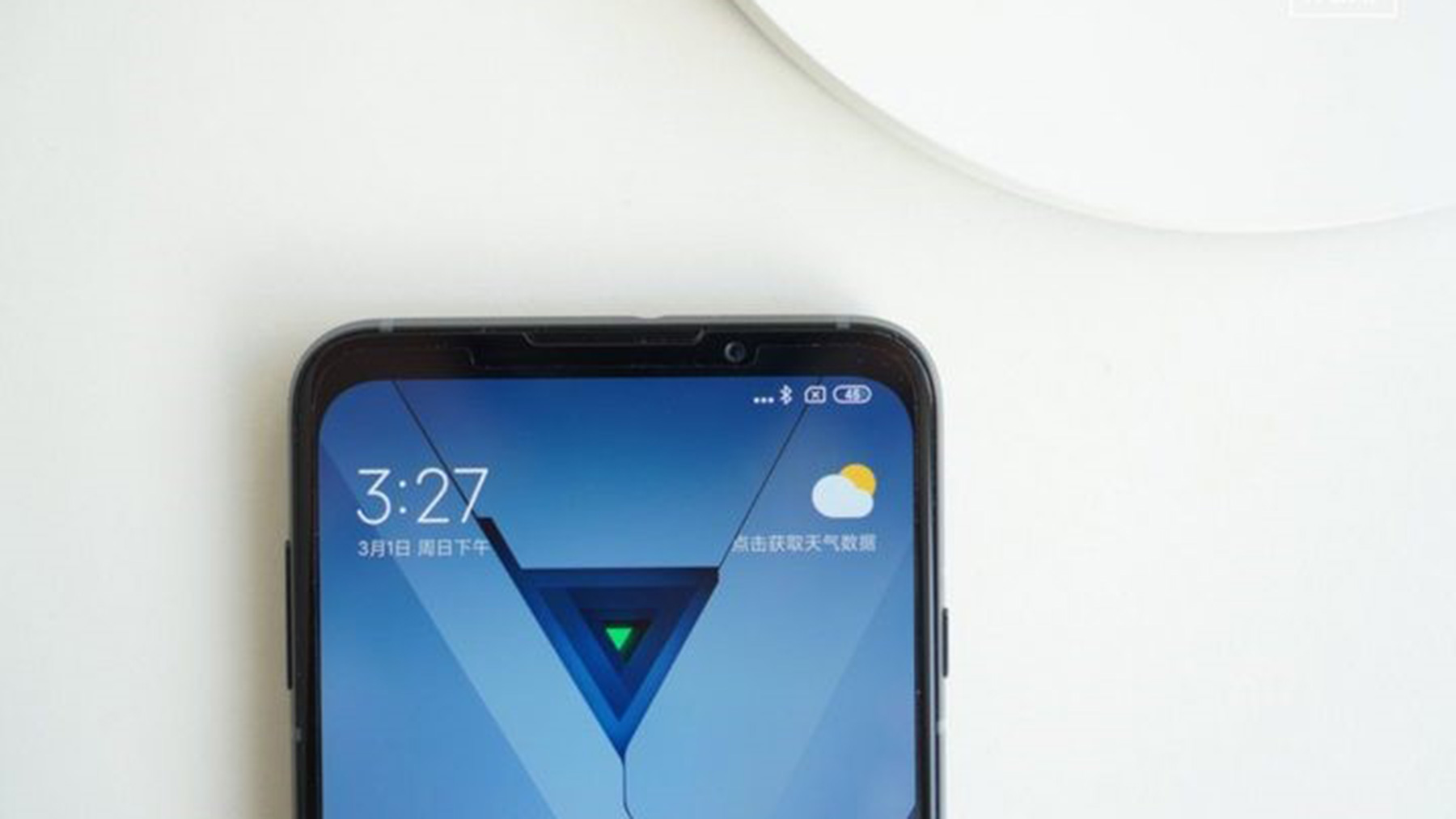 While I don't think it's necessary, it's probably better to see a higher number, with the Black Shark 3 raising the touch sample rate again by 30Hz to 270Hz. That is to say, touch has actually been detected three times by the time the screen refreshes once.

Because of the presence of stand-alone display chips, the Black Shark has always had excellent data on-screen tuning, such as the recently popular color-quasi data JNCD 0.55, which is only slightly less than brightness, with an official figure of 500nits. As before, Black Shark 3 supports automatic color temperature adjustment similar to the original color display on the iPhone. 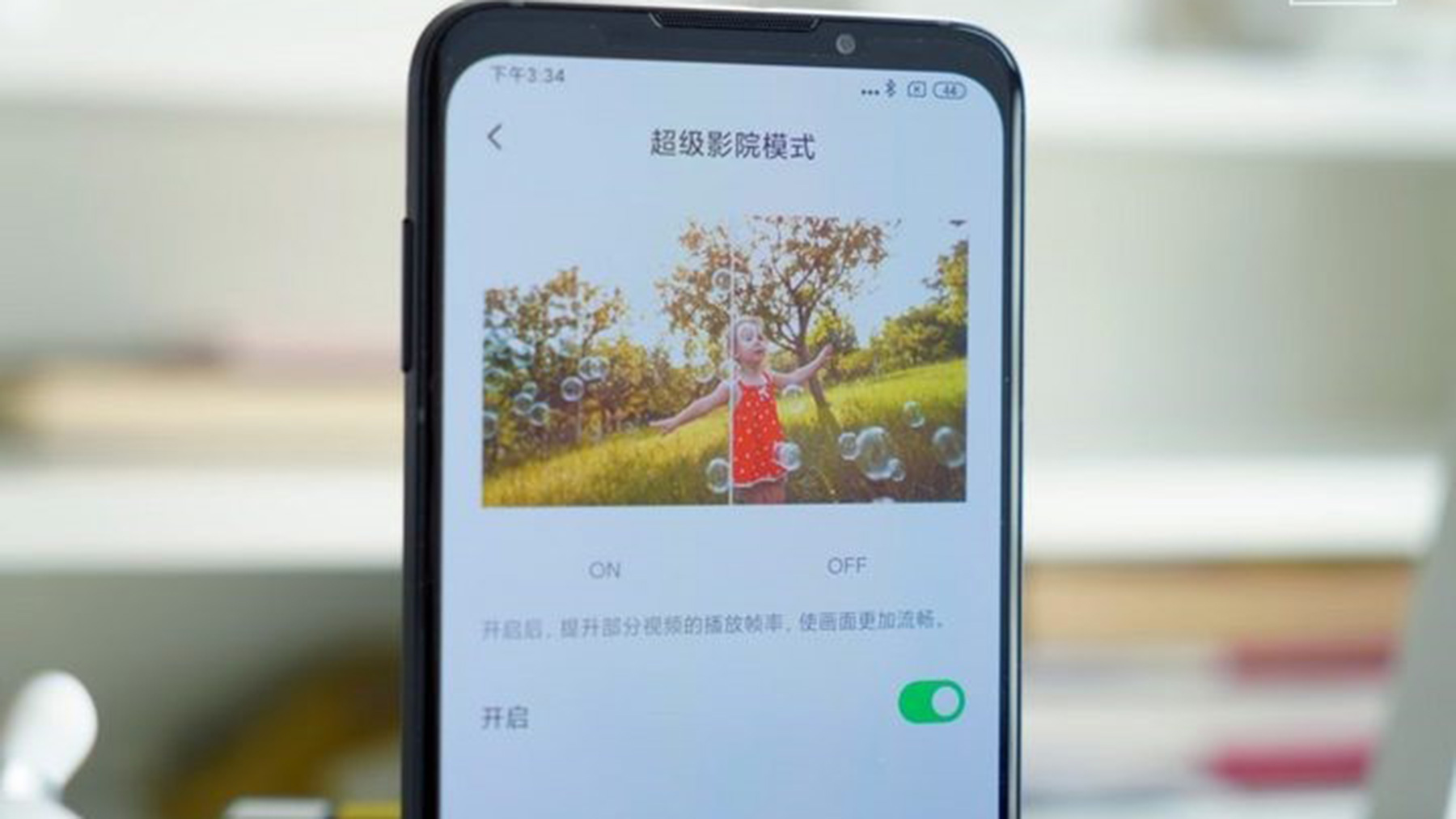 One feature that has gone unnoticed since the addition of Pixelworks, a stand-alone display chip, has been a "super theater" since it was added to the Black Shark game phone Helo. As I mentioned in my previous article on MEMC Dynamic Compensation, Black Shark may have been the first mobile phone brand to feature the more mainstream MEMC features.

However, this super-cinema feature in addition to its own player, the online video site support is very scarce, tested Tencent, AiQi, Beep, Youku can not properly turn on the "super theater" frame effect, only on Netflix support well. 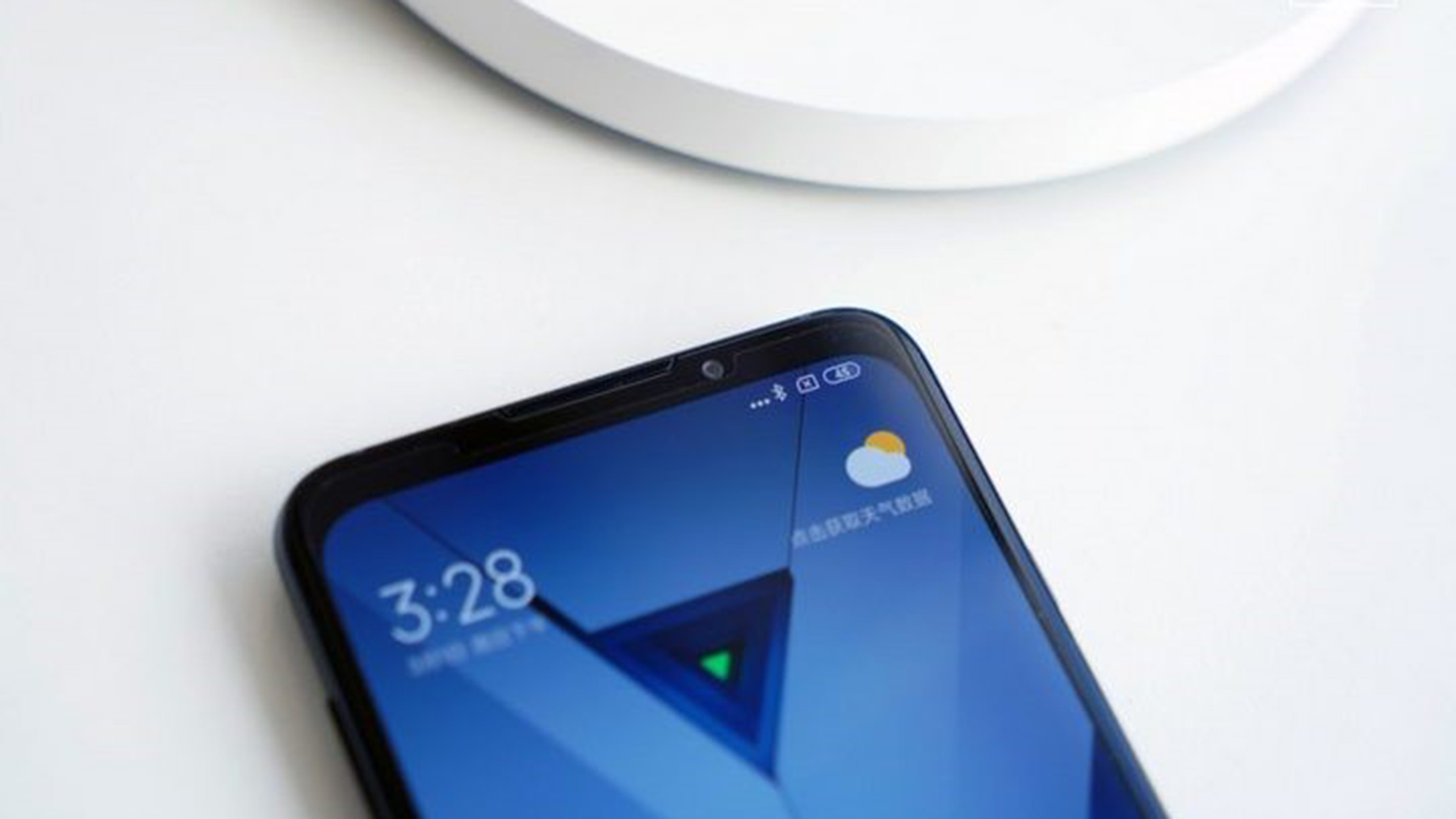 For a long time, my attitude towards the game's mobile phone is not really very good, especially in the mainstream flagship phone this year has started to support 90Hz or even 120Hz, the game phone high refresh rate of this advantage is flattened, and even the concept of game phones is being challenged.

In addition, in order to cope with the heat and battery life brought by 5G, the current flagship phone is also larger and larger, while the internal cooling design is better than before, the battery capacity is also larger, the rapid development of these features caused the game phone to face some of the dilemmas, so now the game phone is more extreme, like the Black Shark 3 Pro version. 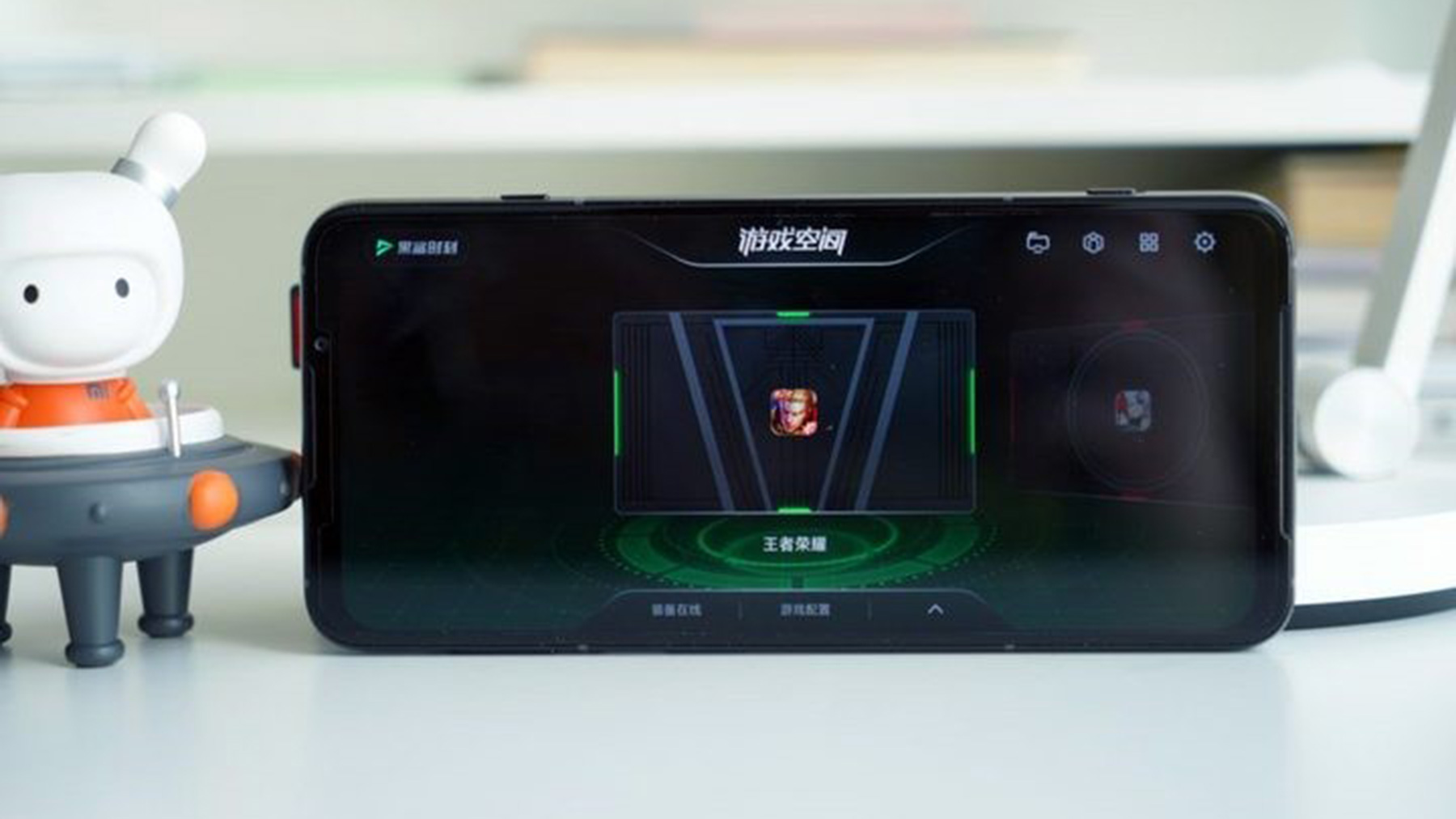 The lack of game diversity is another dilemma for game phones, and now game testing is inseparable from "Peace Elite" and "King's Glory" and performance testing can't be separated from "Breaking Bad 3". It feels like a dozen years ago to go to an internet cafe, where it's either playing CS or playing red police as boring, hand tours or a lack of a market as mature as STEAM and full of new things. 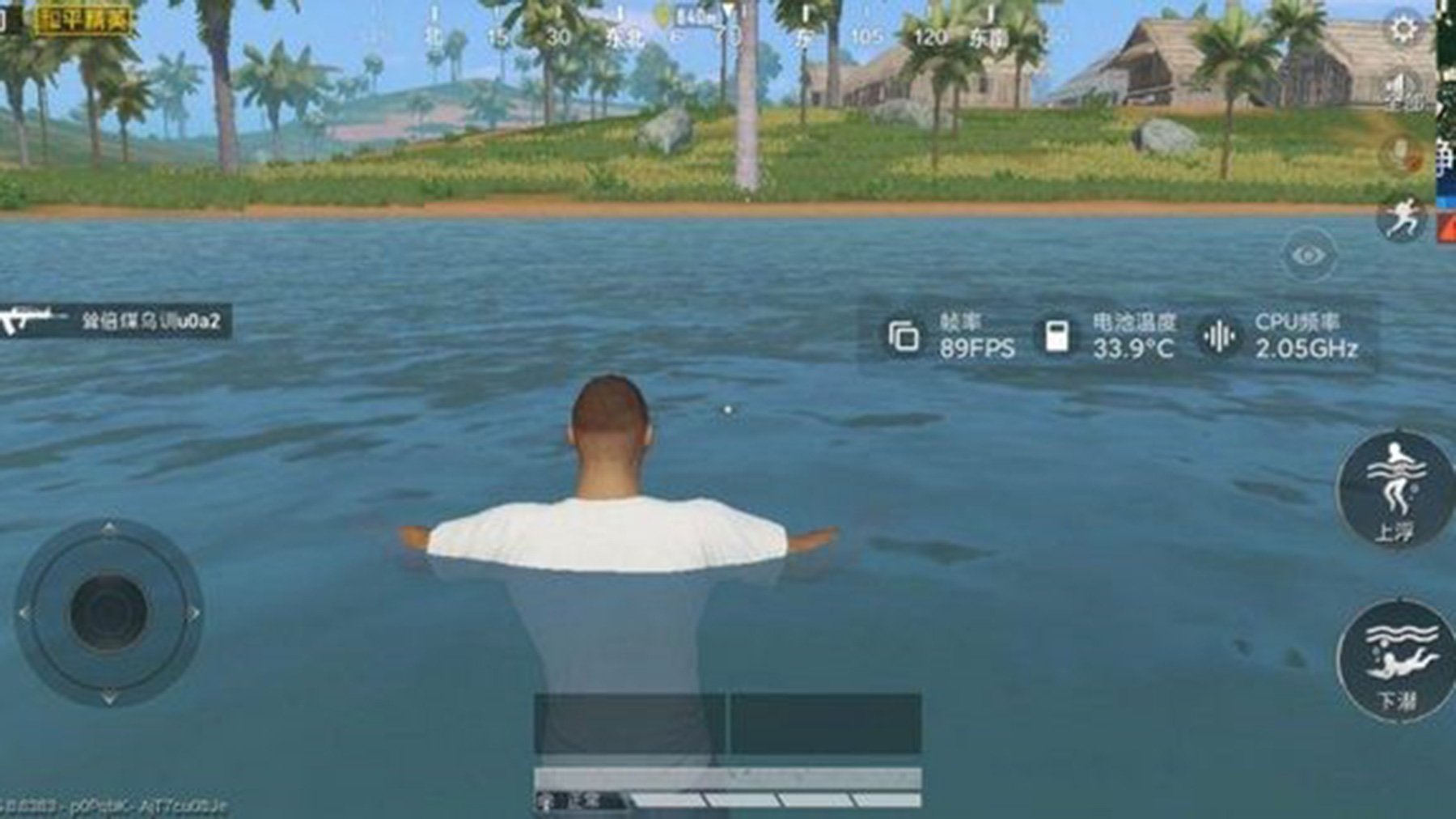 Can the Peace Elite now dry the Dragon 865? Just raising the number of frames can bring more pressure, and Peace Elite has now turned on a 90Hz high frame rate mode for some phones, although only the lowest "smooth picture quality" can be used at that frame.

In practical terms, The Black Shark 3 is still quite stable in the Peace Elite 90Hz mode, spending most of the time at 89-90fps and occasionally dropping to 86fps, but because the number of frames generated per unit time is more almost impossible to feel any of the Catton, this and 30fps or 40fps the experience is not the same.

Although there is no Pro version of the mechanical button, the pressure-sensitive screen operation is now a feature of the Black Shark operation, the actual use of habits after some not good feel of the mid-frame touch keys are better to make some. But the Pro version's further design may be able to get back to the "shoulder-key shooting" habit that is commonly used in console games. 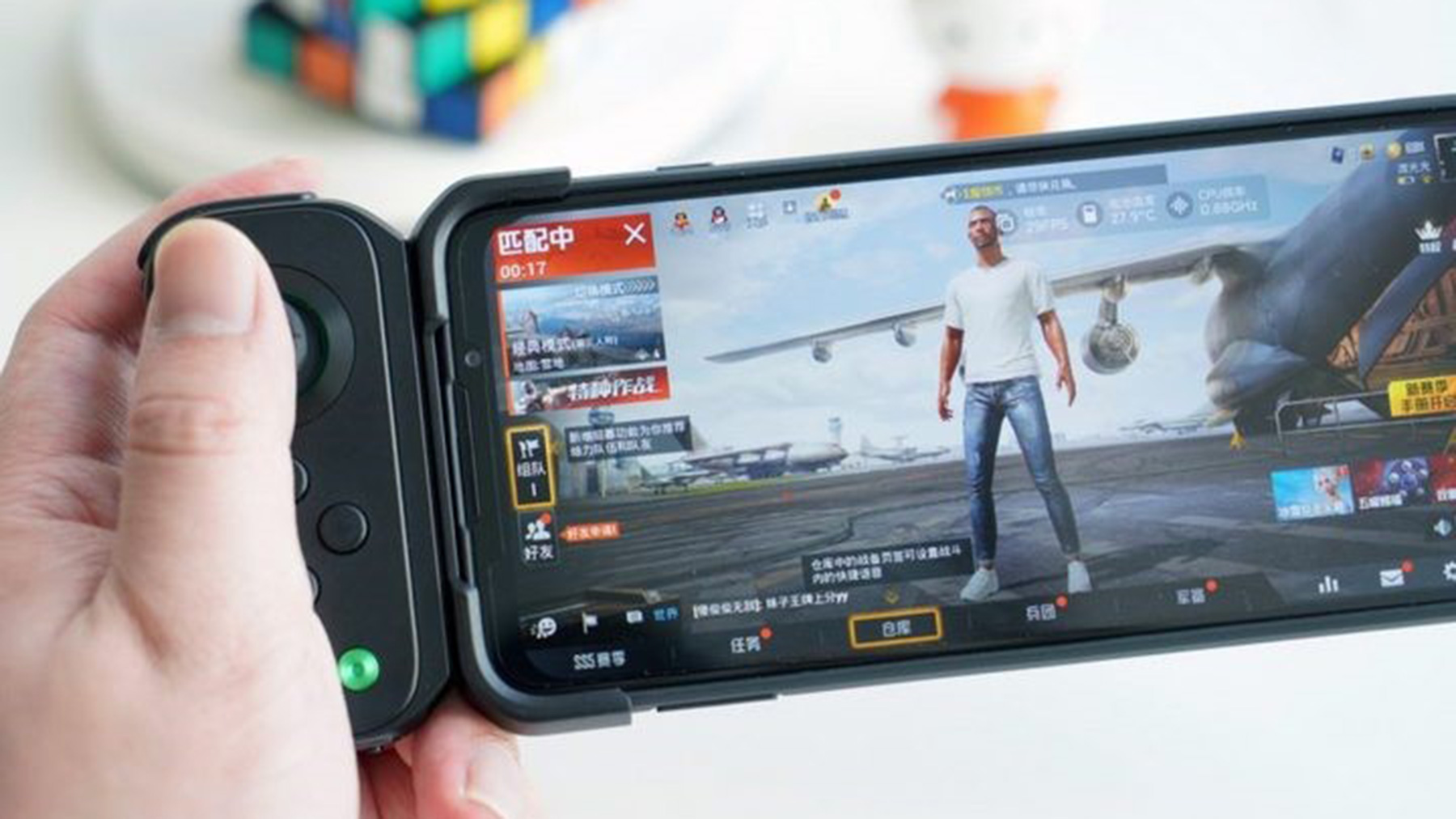 The biplane handle peripheral this time still only get sit left, with the use of the trolley groove phone shell, used to control the movement of the character is very convenient, but this officially recognized peripheral will match to the same use of peripheral players, but the matching time is more than ten times longer, sometimes several minutes also do not match people.

By the way, when using the handle, the 3.5mm headphone port on the top of the phone is covered, and the user who chooses the handle or the wired headset has to weigh itself. 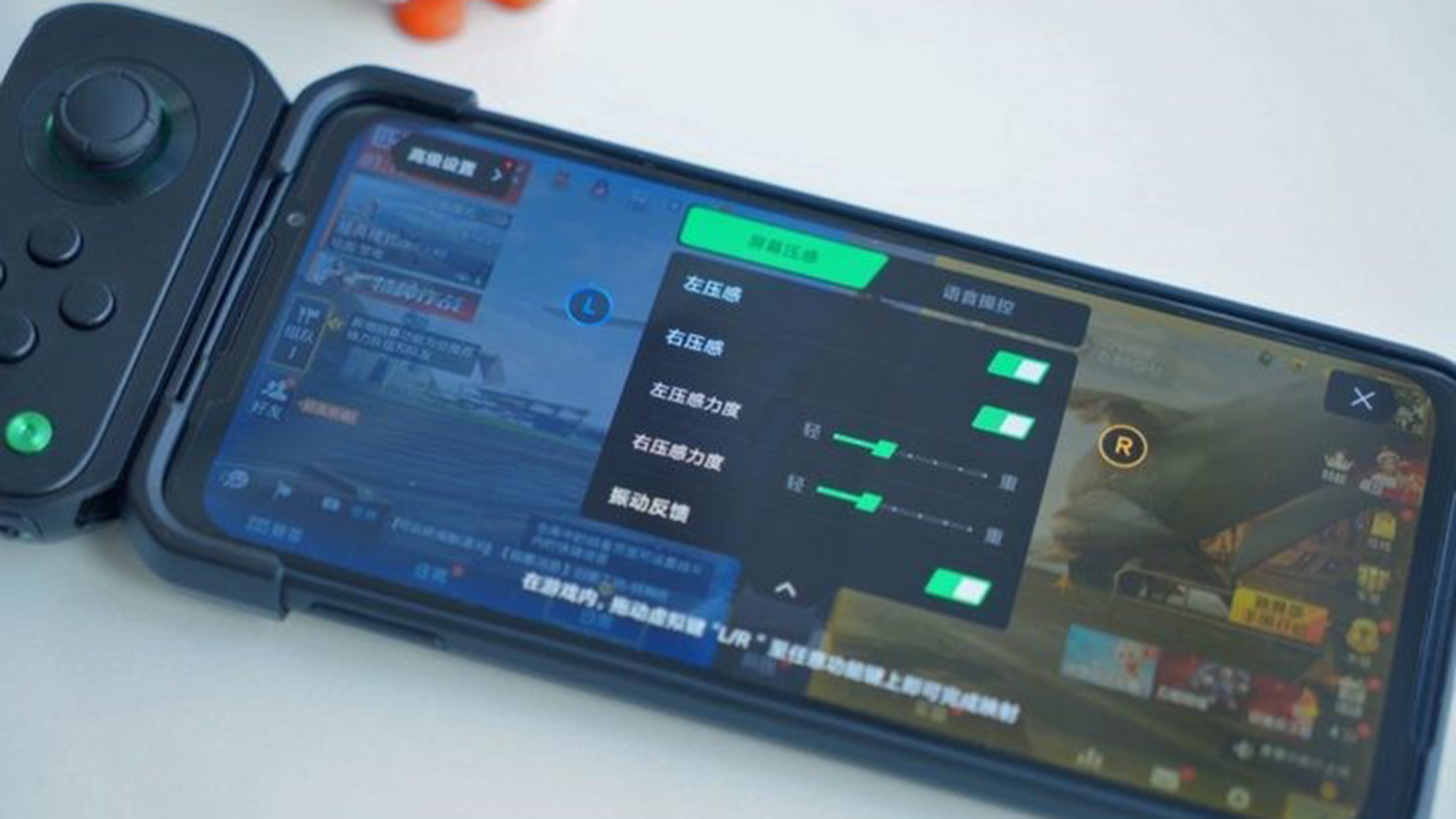 What kind of cooling scheme to this generation I already don't care, in the 90Hz of the plus-size "Peace Elite" performance demand is still very considerable, so the heat is not small. Ten minutes or so after the "Peace Elite" playtime, the heat is obviously passed to the middle frame and backplate, the skin can feel warm, the bottom heat than the top heat a little more, the middle frame of the best thermal performance.

I actually think it's very OK, and the iPhone XS on hand sometimes gets hot on a 2D game. If you think this heat is still large, then the black the shark this frozen heat clip Pro version is not vegetarian. 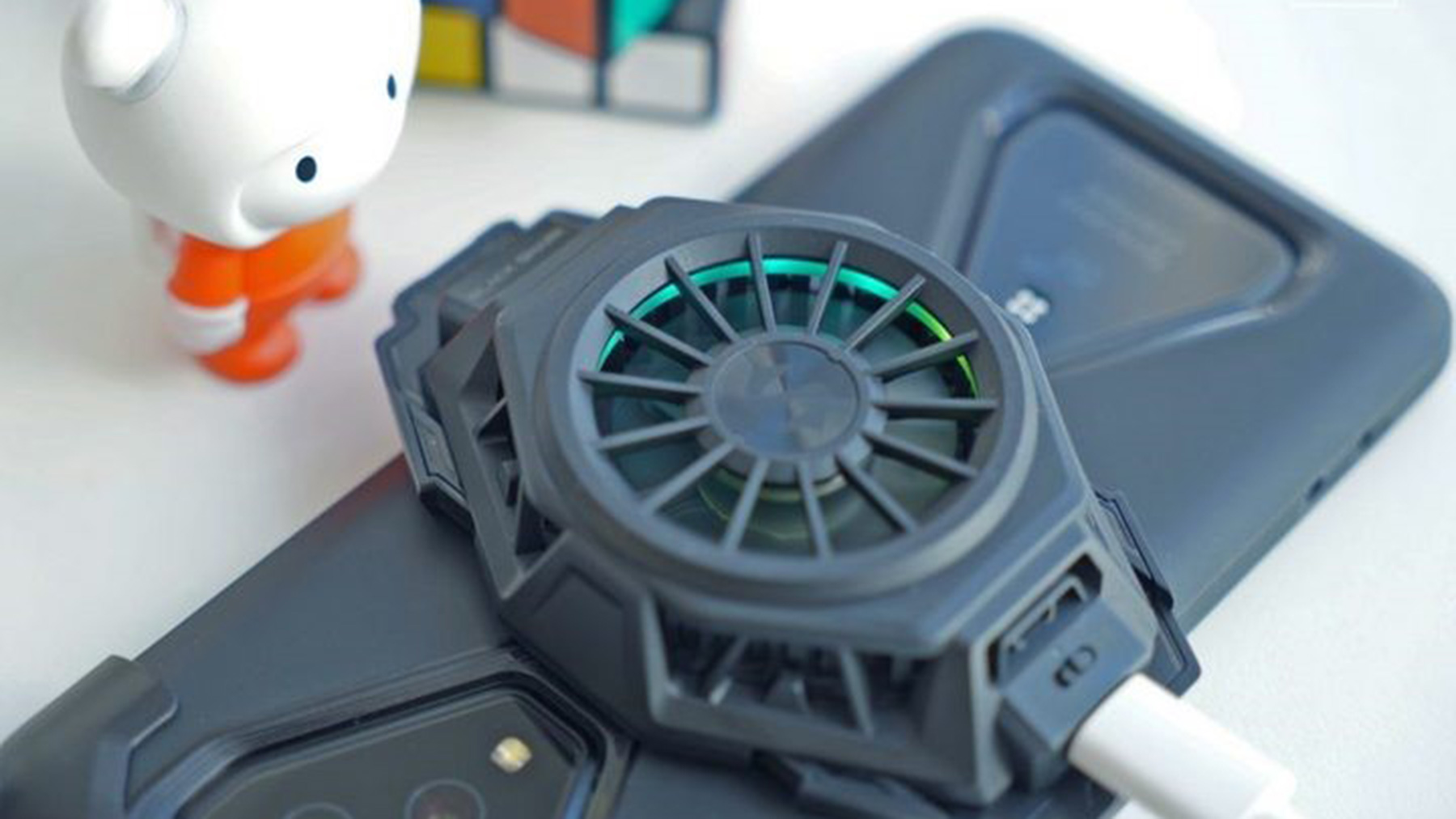 The exclusive Shark key is still there, with no improvement in performance, but it greatly increases the immersion in the game and can be used with a number of useful gadgets, such as a hover window that displays the frame rate in real time.

All in all, there is no "chicken blood version" GPU frequency, the non-degradable version of the Dragon 865 performance limit is there, in addition to my hand this is 12GB (LPDDR5) plus 128GB (UFS3.0) storage configuration. Good heat dissipation and ice-covered back clips minimize the number of tucks brought about by the caton, coupled with some game-specific network, visual and operational optimizations that make up the experience of this Black Shark game phone 3. 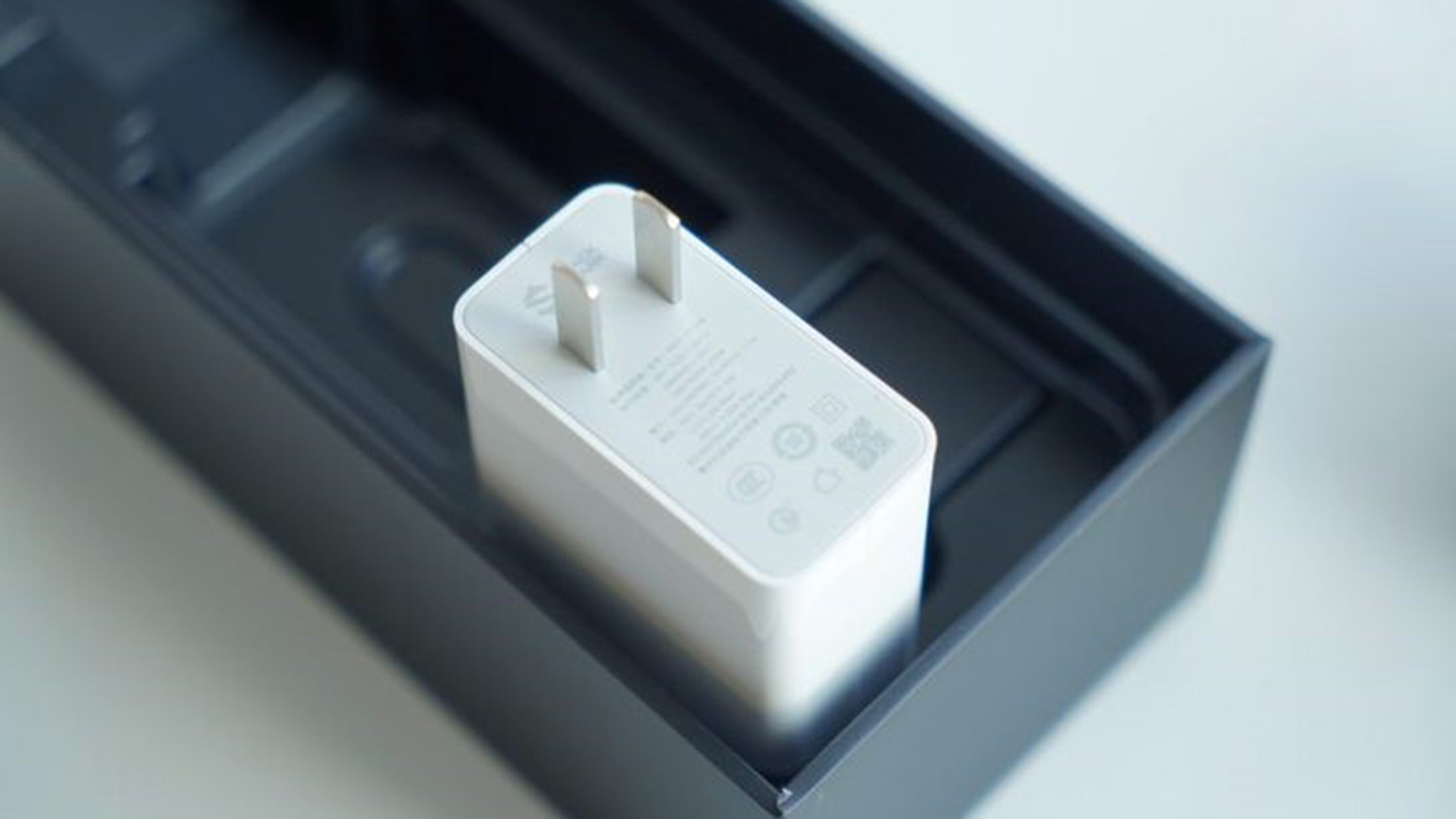 Black Shark 3 has a battery capacity of 4720mAh and is well-known in numbers, using series and charge technology to enable the 65W charging head to function at full power, with a measured 25 minutes or so to 85%.

As before, the camera of a game phone will never be a staple, if it's not a patchwork.

The Black Shark 3 rear has a three-camera scheme, with a master image of 64 megapixels and f/1.8 aperture. The secondary stake is a 13-megapixel ultra-wide-angle lens and a 5-megapixel depth-of-field lens. 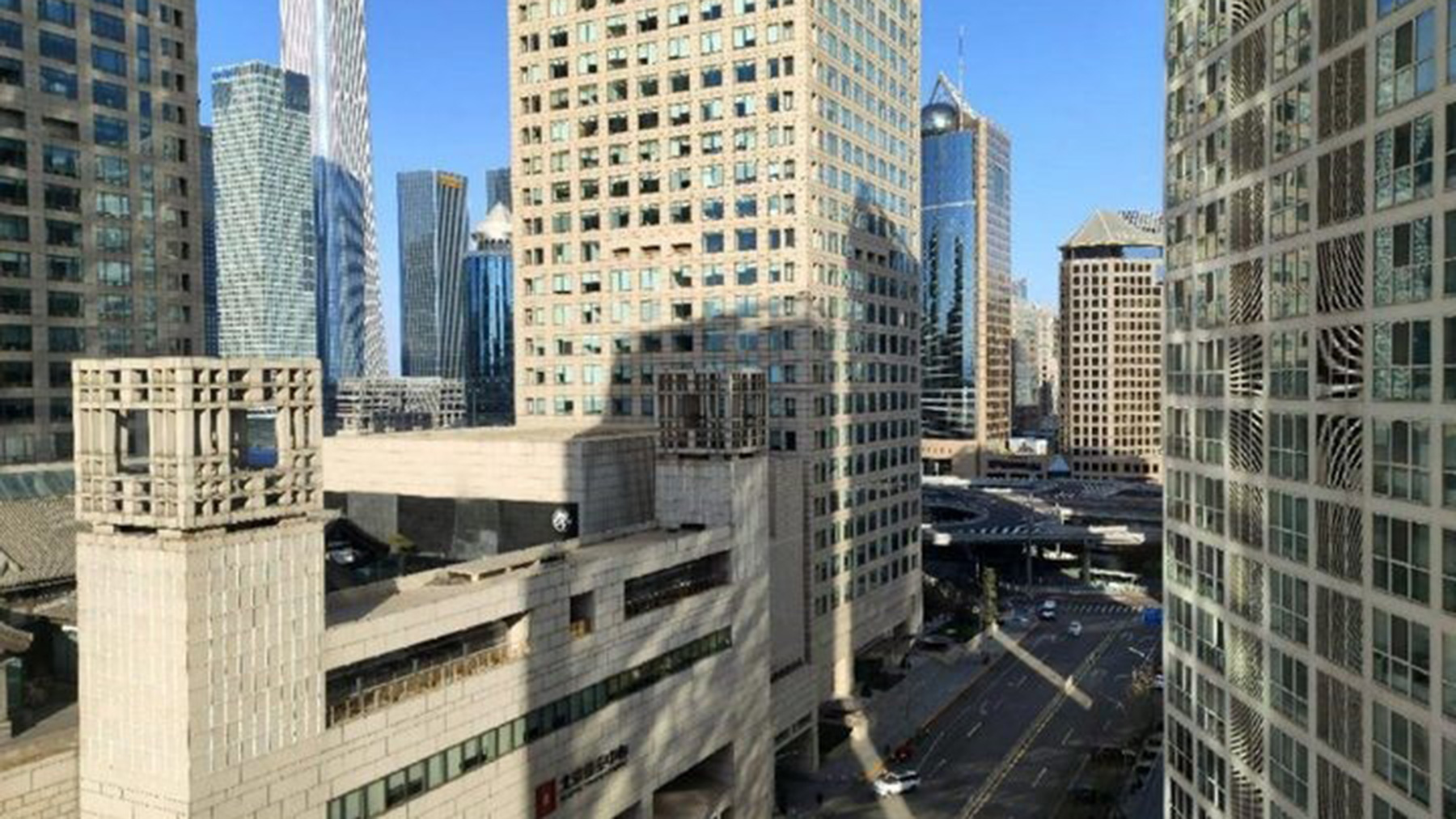 Black Shark 3 also has a more curious function is "256 million ultra-clear photos", it takes a lot of time, but the quality of the actual film I think it is enough with 64 million. 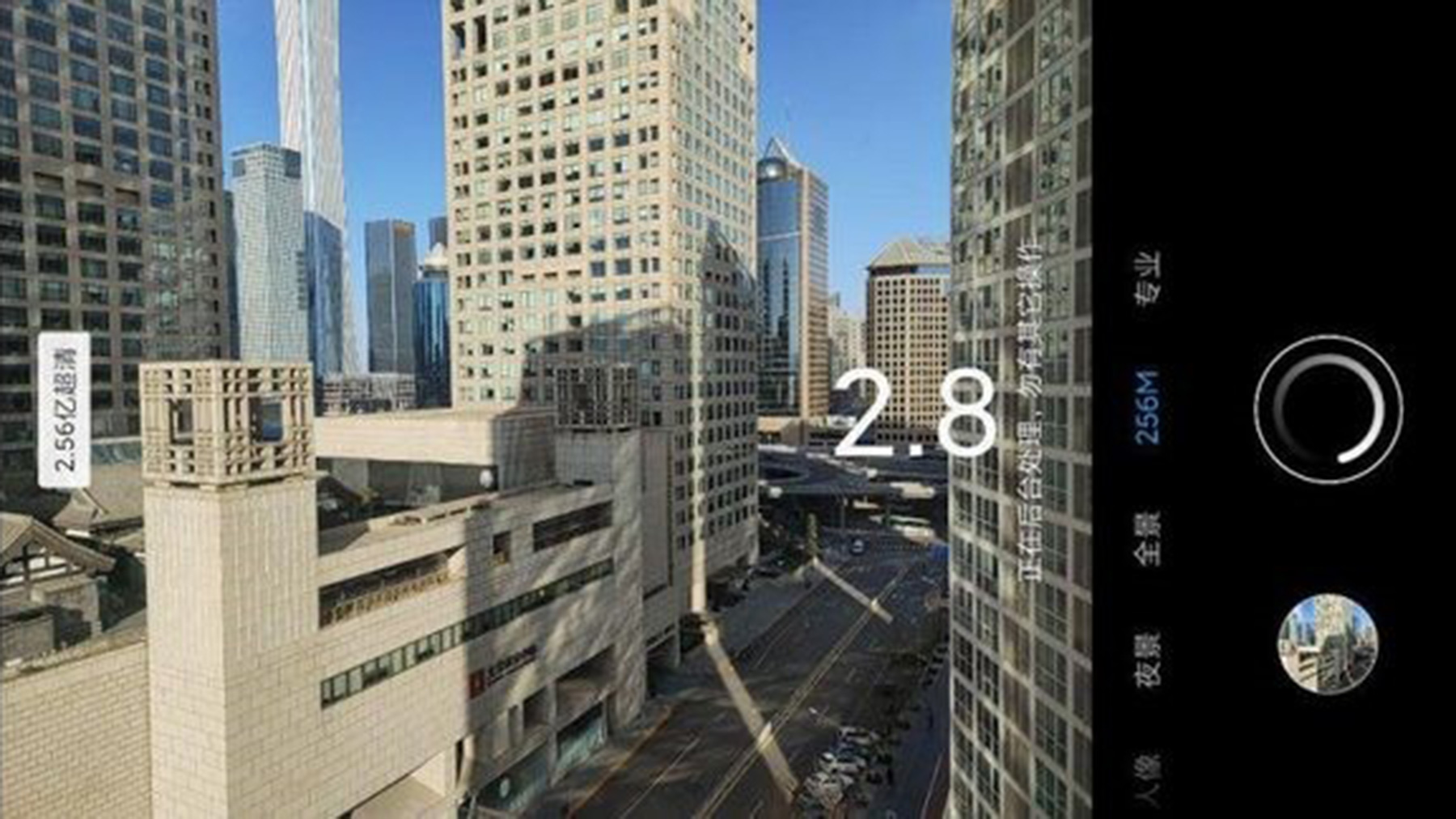 For The Black Shark 3, there is a higher-end Pro version on top of the case, the positioning of the Black Shark 3 is a bit ambiguous, regardless of performance and configuration, Black Shark 3 is still the most advanced configuration on the market, the software also retains the previous pressure operation, but also added voice operation. But the Pro version of the lifting machinery button first does not talk about practicality, the design idea alone is cool to no edge, which also caused a substantial differentiation. 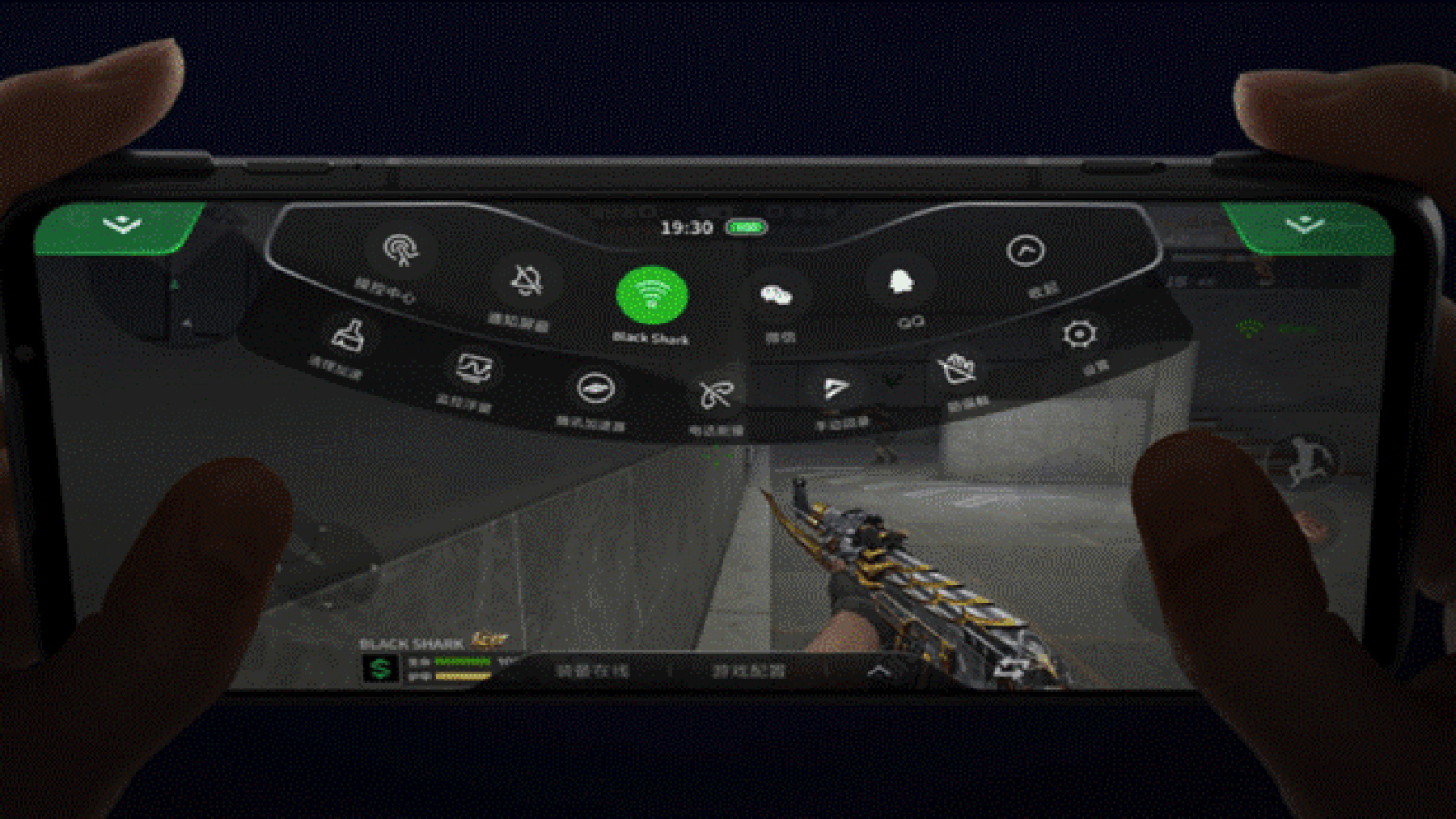 So I prefer to think of the standard version of Black Shark 3 as Xiaomi 10 Game Edition, or what it would be like to turn Xiaomi 10 into a game phone, it might be Black Shark 3. Both have similar resolutions and core configurations, except that the game parts that are not suitable for drilling screens, surfaces, etc. are removed. 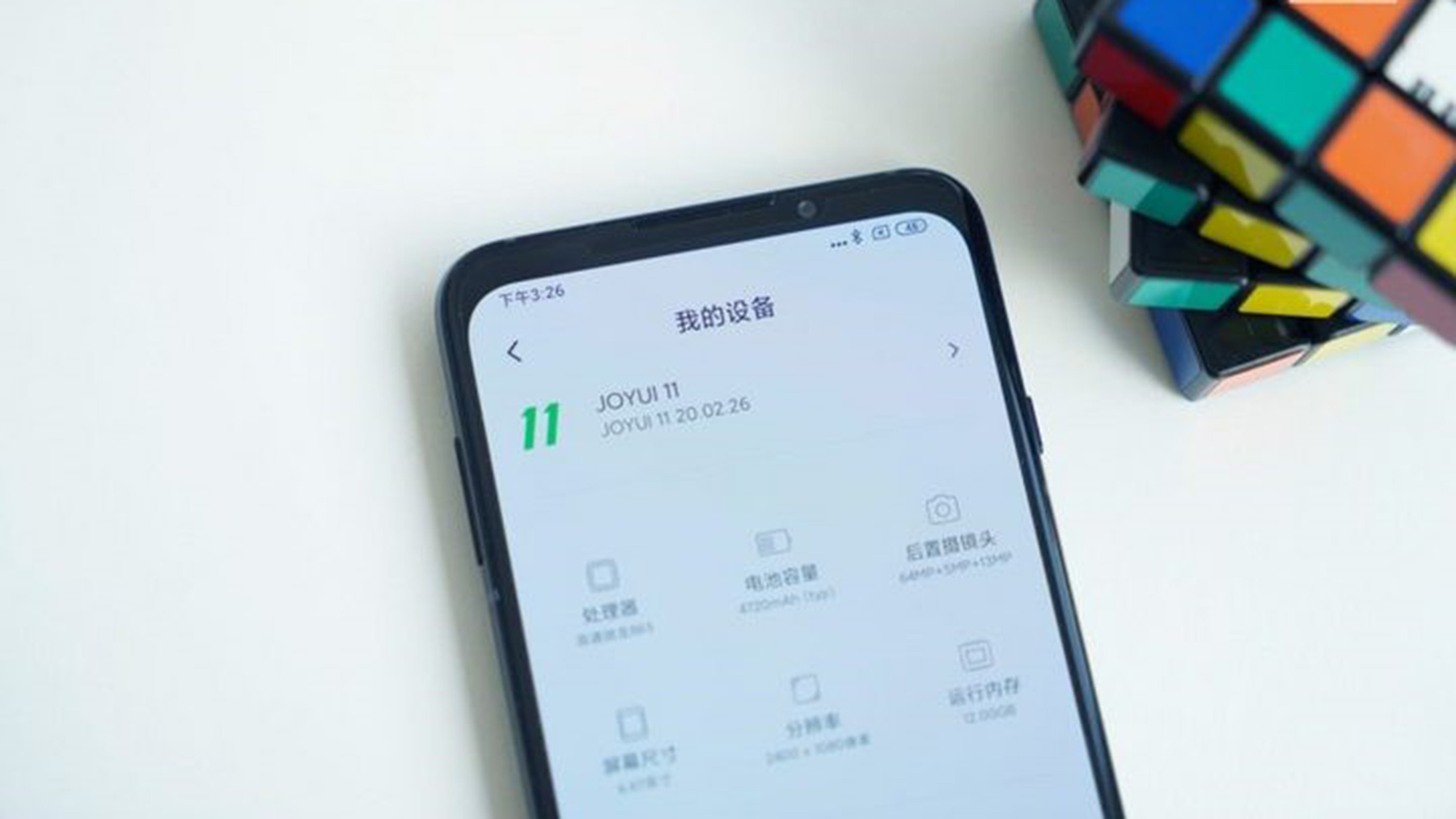 It's also important to mention that the promotion of joyUI 11 for everyday ease of use is also a credit because this is a slightly modified MIUI 11 that not only brings a lot of small-detail lifts but can even use all miUI themes.

This is definitely a big advantage of the Black Shark mobile phone because when using mobile phones every day, even heavy game users, will not just use the phone as a game console. When a game phone has MIUI plus in the top configuration, it's also a Slogan for black shark "create more games."